END_OF_DOCUMENT_TOKEN_TO_BE_REPLACED
Here we are again. Star Wars: The Old Republic survived another year despite those who predicted five years ago that it would shut down in less than a year. Although I’ve been pessimistic about the game at times, I’ve never believed that Electronic Arts and BioWare would give up on the game. And it’s clear by the enthusiasm of its producers and developers that there is still a strong love for the game at the creators’ studio.

Some people believe that 2017 will be the last year for SWTOR, but I choose not to believe that either. I think that SWTOR has made a strong showing and continues to make the studio money, despite my best effort to discourage the purchase of lockboxes.

Since the game will still carry on in 2017, let me give my predictions for it. But first, let’s talk about last year’s predictions.

Where I was wrong

Boy, did I get things wrong in my predictions last year? I tend to be optimistic about my assessment of the game when talking about its future. I really want SWTOR to be the best that it can be. And if my discussions with the developers of the game ring true then they want the same thing. However, that means that I usually dream bigger than BioWare can deliver.

In 2015, BioWare said that the Shadow of Revan expansion was not the end of raids (or operations, as they are called in SWTOR). This led me to predict that we would see at least one new one by the end of 2016. We didn’t. In fact, it’s been two years now since we’ve seen a new raid. It’s possible that the dream that became Uprisings started out as raids but eventually faded into really fast flashpoints. But I question at this point whether BioWare even knows how to properly handle a raid, given the flaws of the past content.

I think my biggest flawed prediction was thinking that BioWare could push out more content than it did. I believed that towards the middle-end of the summer that we would see a new expansion, or what BioWare calls expansions. I wasn’t expecting the Knights of the Eternal Throne kind, but I did believe that we would see a Galactic Strongholds or Galactic Starfighter kind of expansion. I honestly believed that it was going to be PvP-related. I’ll talk more about the PvP changes when I talk about what I got right. 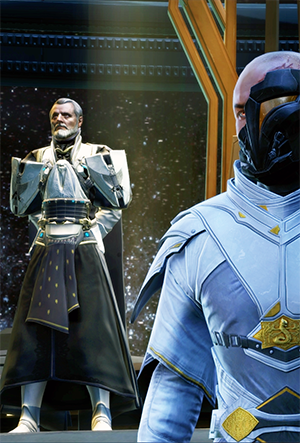 Where I was right

If you look back at my prediction for this season of storytelling, you’ll note that I said it would be released in November. Although it technically released in December, everyone who had been subscribing was in the new chapters by the end of November. Funny enough, I didn’t even remember that I had made that prediction. I had also said that it would be delayed, and I’m not going to give myself a knock on that one because I do believe that it was delayed. I just don’t think we heard about it from the consumer’s side. Many of the other components of Knights of the Fallen Empire chapters were broken and delayed, which ultimately delayed the release of Eternal Throne from my perspective.

I did say that there would be a new warzone. I also predicted the approximate timing of the release. It launched in spring, and I had said early summer. I was off on the timing, and I believed that more would have been released with it. Since we didn’t get the mini-PvP update that I predicted for that time, there was less involved in finally pushing out a new warzone.

Eventually, we did get the PvP revamp as predicted, but it wasn’t in the way that I foresaw. I believed that we would get an update that would have seen a wider separation between PvE and PvP, but what we actually received was a combining of the two playstyles. There are some good and bad points to that, which I will likely talk about in a future article. 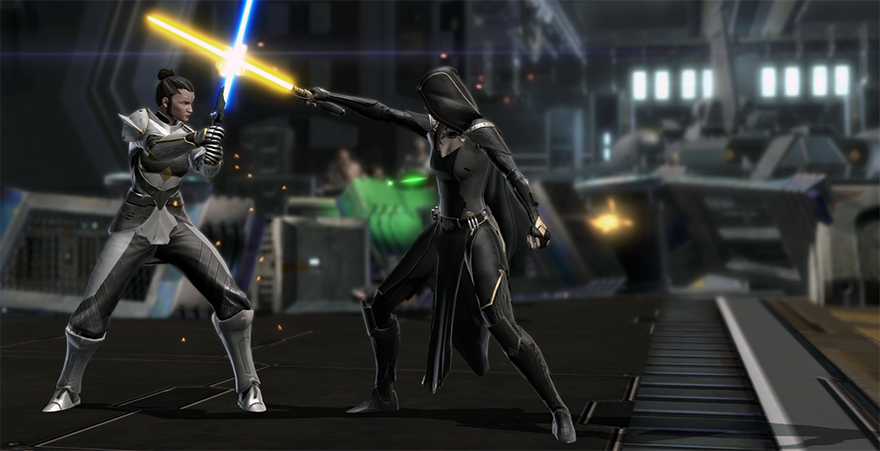 My predictions for 2017 are simple compared to my previous predictions. I don’t believe that BioWare can extend its focus out nearly as far as it used to. There is no way that BioWare can focus on PvP and PvE in the same year. With the heavy focus on story these last couple of expansions, it’s clear that the studio cannot split its concentration to a second goal. I believe that is why we will see only small doses of PvE content this year and PvP will be reduced to rewards for a season with minimal changes to the meta.

We know about the new Uprising coming soon, and BioWare has all but said that there will be more. Uprisings and similar repeatable single-player instances appears to be the focus of this year’s run of new content. The developers are likely going to continue to cater to the short, jump-in-and-jump-out kind of content. Of course, this will breed players who are looking for a quick fix of Star Wars MMO-like content and probably drive away those who are looking for more persistence. But this trend has actually been obvious for the last couple of years now.

Despite its focus on the quick-fix, I do believe that BioWare will increase the group size of its new content. I’m going to call the new content raids, but only because the number of people involved will increase from four to possibly 16. However, don’t look for a heavy story or even a lot of trash mobs and elaborate set pieces. We will likely see puzzles and bosses and that’s pretty much it. I do believe that Iokath will possibly make an appearance future group content possibly the “raid.”

I will end this prediction by saying that story content will take a major turn. It kind of has to. The thread that started with the launch of the game has most likely come to an end, but we know that the writers are still writing and new story content will come. It’s hard to predict its premise, but I believe that we will see it again in November, just as we did this year. However, I do hope that we will get some sort of lead-in like we did with Shadow of Revan.

This is only the start of the conversation — I would love to hear your predictions for the future of SWTOR. Do you think this is the end as some people have predicted? If so, why? If you believe that SWTOR will still barrel on past 2017, let me know why you think that, and may the Force serve you well in 2017.