Amazon Game Studios announced yesterday that it had picked up MMORPG genre veteran John Smedley to helm one of its up-and-coming online game studios. Today, it published a blog post with a photograph of the team, which appears to show that Smed brought along with him several familiar faces from Pixelmage Games. Well, more than several — it looks like the bulk of the team, minus some of the artists and AI expert Dave Mark.

Shown in the photograph is Smed (hiding in the back!), along with Scott Maxwell, Steve Freitas, Andy Skirvin minus a beard (nice try, Skirvin, but we’re canny), Michael Hunley, Jay Beard, Bill Trost, Toby Brousil (pretty sure), Matt McDonald, Jim Buck, Steve George, Paul Carrico, and Michelle Butler. Which is almost all of ’em. No need to worry about whether those guys landed on their feet after their studio folded seven weeks ago– Smed’s new Amazon studio is basically Pixelmage Games, though to be fair, we don’t know what its name is or the particulars of the game it’s working on. 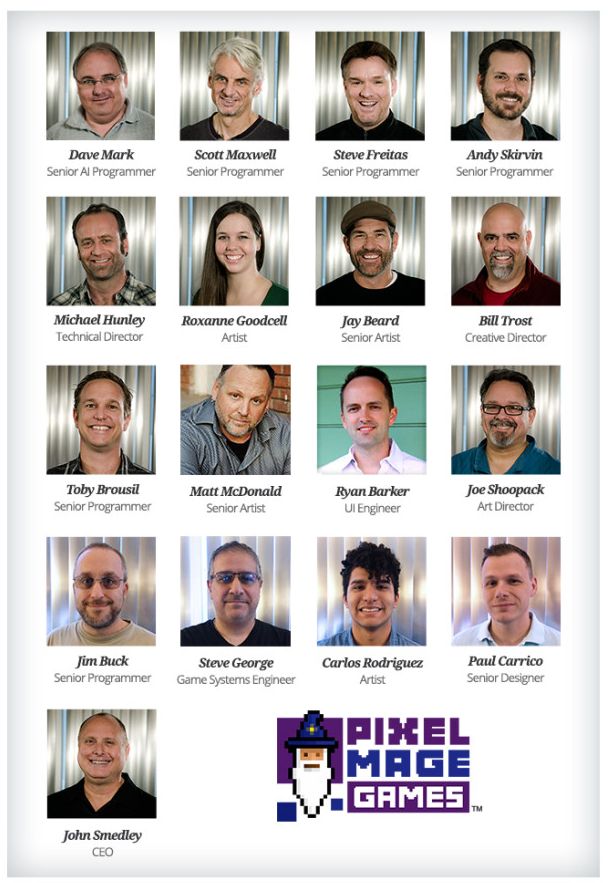 Amazon rather breathlessly told gamers that Smed and his new team are “already hard at work on an ambitious new project that taps into the power of the AWS Cloud and Twitch to connect players around the globe in a thrilling new game world.”

Hero’s Song and Pixelmage Games closed down in late December following a canceled Kickstarter, a small Indieogo, and apparently poor early access sales on Steam. Players were refunded for their purchases and donations. Smed himself, of course, is well known for his nearly-20-year reign at SOE and then Daybreak, which he famously departed in 2015.