Funcom’s fourth quarter 2016 financial report for investors landed this afternoon, and it’s a doozy, especially for MMORPG players. Of most interest is the news that the studio is planning on a relaunch of The Secret World in the next few months, with a redesigned newbie experience, revamps to gameplay and combat, dailies, and a business model overhaul. 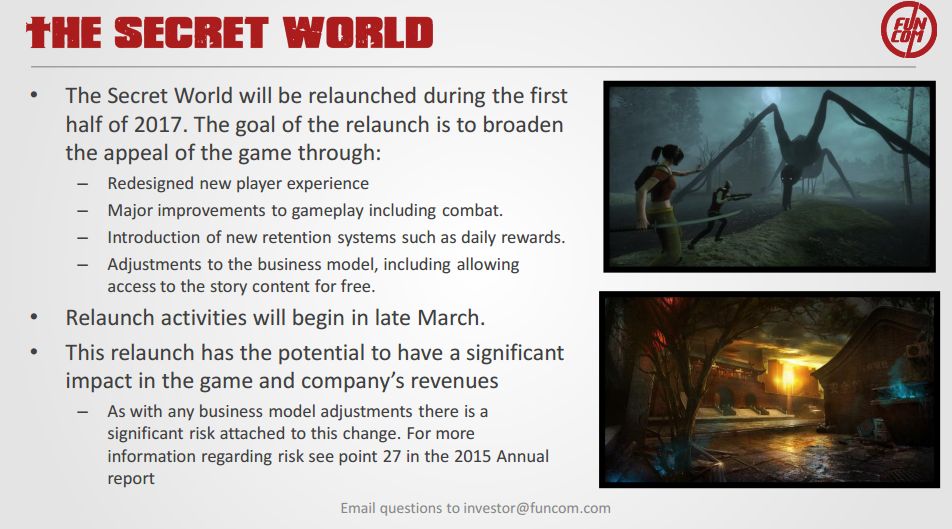 Meanwhile, the studio reiterates its notes that Conan Exiles has performed well, selling almost half a million copies in its first month of early access. It’s on track to “reach its 12 month sales goal on PC of 487,000 units within the first 30 days after launch” with “the direct project cost [$4.5M US] covered in less than seven days.”

“Due to the rapid success of Conan Exiles the Company has evaluated its investment level into the project and decided to increase it, as we believe this to represent the highest ROI for the next 12-24 months.”

Anarchy Online and Age of Conan aren’t left out of the fun: 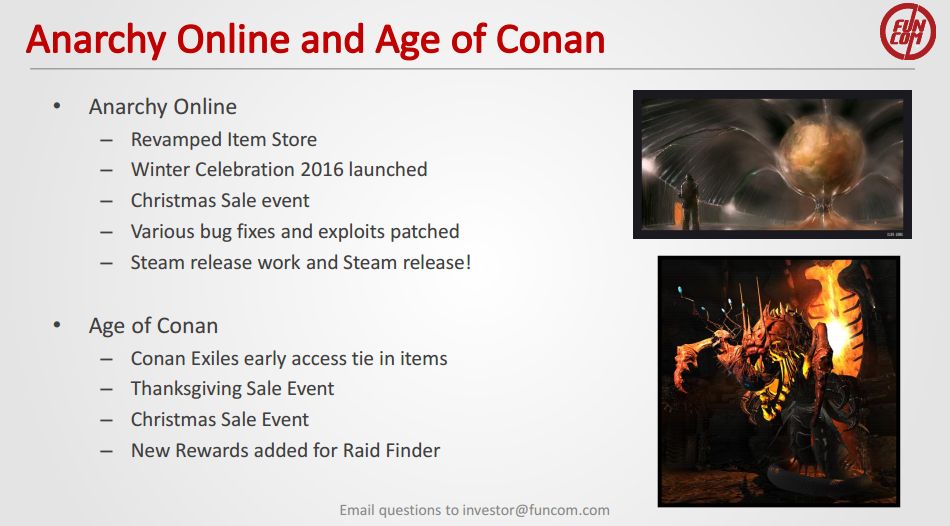 But they will be going forward, as it appears both are headed into maintenance mode. “No further significant work is expected to be done on this project going forward,” it says for both games. 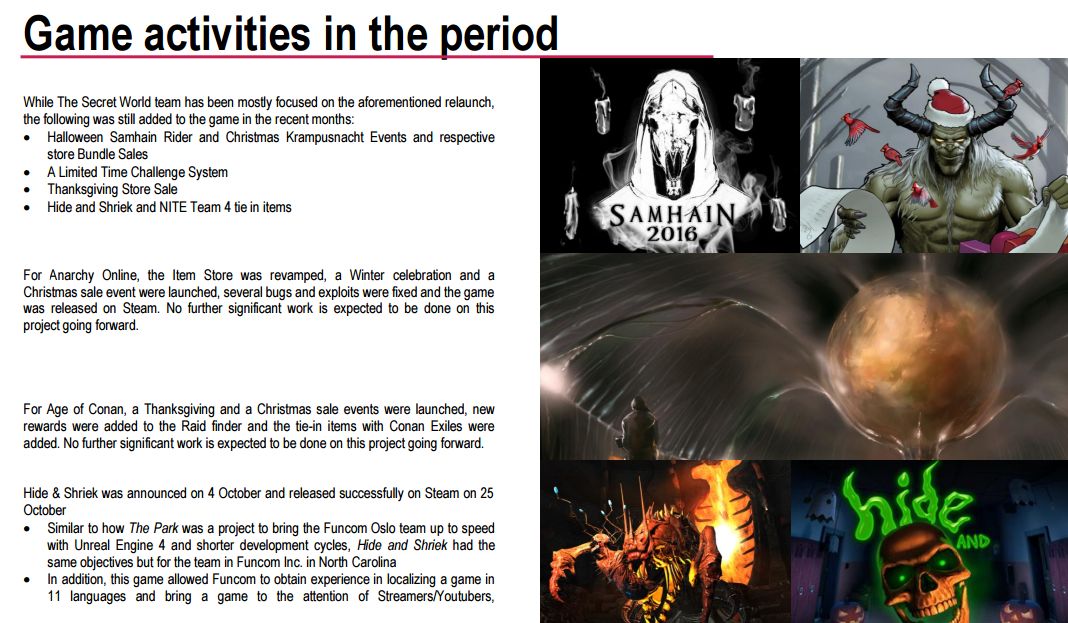 All that said, revenues were down for the quarter, as Conan Exiles wasn’t out yet. 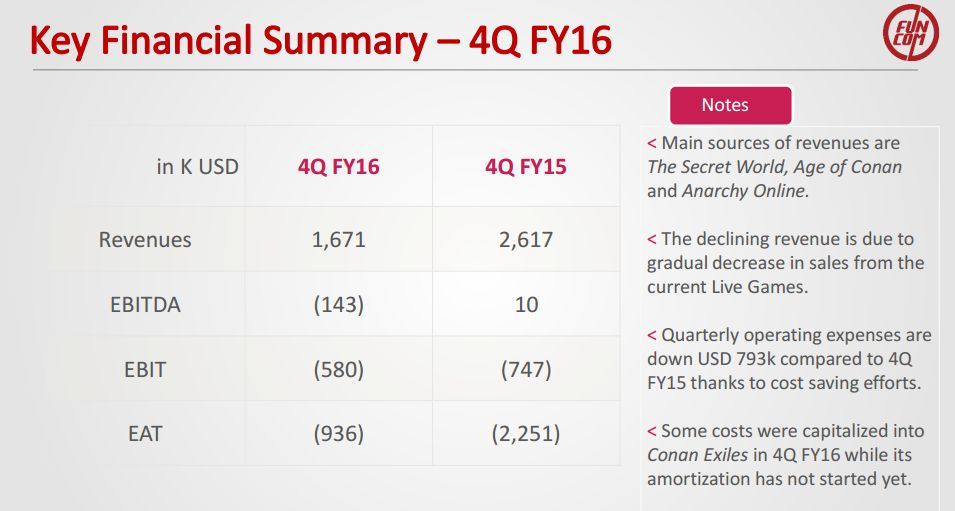 There remain two additional games in “early concept stages” due to enter pre-production later this year, including another Conan-flavored game.