Almost lost in the buzz today was the release of SuperData’s rundown of the global digital games market for May. You’ll notice immediately that World of Warcraft has once again been rejoined! SuperData had split the game into east and west versions for its January report, then botched the entries in February and hastily repaired its graphic to rejoin the two; in March, the WoWs were one from the get-go but split up again in April. Now we’re back to one. It’s still not clear what’s going on there.

In any case, it’s allowed for a new entry on the PC side: Dota 2, which recently patched in PvE, apparently to good effect. On the mobile side, Pokemon Go has vanished entirely from the top 10, though we won’t be surprised to see it return next month as the summer events heat up.

“Overwatch shows continued growth,” writes the research firm. “Overwatch digital revenues are up from April but down from May 2016, when it launched. Additional Content revenue hit a new high in May on the back of a one-year anniversary event.” 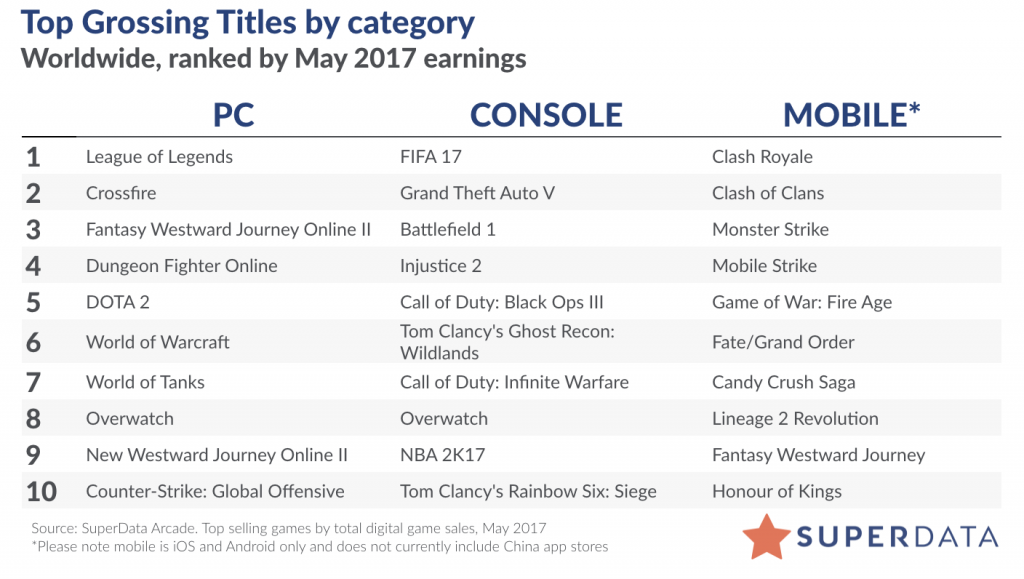