END_OF_DOCUMENT_TOKEN_TO_BE_REPLACED
It’s now been almost one year to the day that EVE Online officially got a limited free-to-play option, and it’s certainly been a boon for the almost 15-year-old MMO. There’s been a significant increase in new players asking for advice on the forums and in-game channels, and activity levels have been bolstered by the increased numbers. Some of the game’s largest corporations have opened their doors to hundreds of newbros this year, and the best is yet to come. Next month CCP will be lifting some of the restrictions free players are currently placed under and allowing them to access to larger ships, helping to close the power gap between free and paid users.

While the expanded free tier will open up a lot more gameplay to free users, there are some tricks new players should know to maximise the effectiveness of that tier. There’s even a way for returning veteran players who find themselves constrained by the free tier’s limitations to get a full Omega level subscription absolutely free and even to make a profit in the process. Whether you’re on a free Alpha account or an Omega subscription, there are also a few sources of easy ISK that will take relatively little time each week to manage.

In this edition of EVE Evolved, I give a few tips new players can use to squeeze more out of the free tier and look at a way for returning veterans to get Omega subscriptions for free. 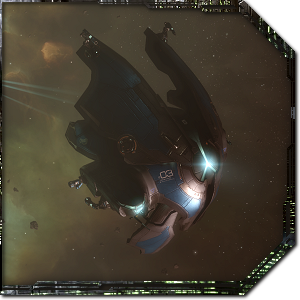 The alpha clone update that’s landing next month technically unlocks up to 20 million skill points worth of skills for free players to train, but you can actually train only 5 million of those for free. Once you hit that limit, you have to either buy an Omega subscription or use expensive skill injectors to train more of the available skills. There may also be a new microtransaction item introduced with the patch that lets you train beyond 5 million without making you a full Omega clone, but that hasn’t been confirmed yet.

Most people seem to use the free option as a glorified endless trial, but if you choose to stick with the free version, then you should be aware of some limitations your character will have. In addition to being limited to tech 1 ships, alphas can’t do Planetary Interaction at all and have very few market, manufacturing, research, mining, and ore refining skills. You may actually lose ISK when manufacturing or refining your own ore because other players squeeze the profit margins so slim that you can’t compete without maxed out skills. My advice is to train into a frigate, cruiser or battlecruiser with tech 2 guns and focus on PvE or PvP. 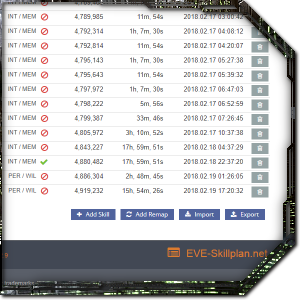 It’s actually possible to cram a lot into those 5 million free skill points. Though all four races of ships will be available to you, you’ll get more out of the free training limit if you focus on just one race. Within the 5 million skill point limit, you can train one race’s Cruiser skill to level 3 or 4, Battlecruiser level 3 or 4, skills for one type of tech 2 medium weapons, and all available support skills almost maxed out. You can plan ahead using a tool such as EVE-Skillplan to help hit your training goals while avoiding going over the skill limit.

There are a few high level skills you’ll probably want to avoid or leave until everything else you need is trained, as they provide only small benefits and require large skill point investments that could collectively take you over the 5 million skill point limit. These include Electronic Upgrades V, Energy Grid Upgrades V, Mechanics V, Repair Systems V, Drone Durability IV, Capacitor Management IV, Hull Upgrades V, CPU Management V, Power Grid Management V, and Weapon Upgrades V. If you decide to subscribe for a month after reaching 5 million, you can then train most of these remaining skills and will retain access to them when you go back to being an alpha clone. 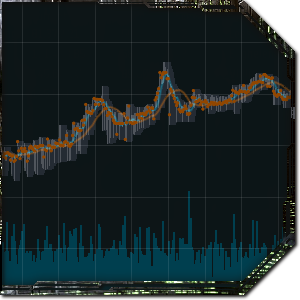 When the free to play upgrades were announced recently at EVE Vegas 2017, we heard a lot of players suggesting that they’ll take the opportunity to use old lapsed accounts again or even cancel the subscriptions on one or more accounts and just play them for free. The thing is, it’s actually currently possible for any veteran player with enough skill points to get a free Omega subscription every month with practically no effort as long as you already have all the skills trained that you need.

The trick is to extract skill points from your character and sell them, then buy PLEX to fund your subscription. Buy skill extractors from the Jita 4-4 market, extract 500,000 skill points at a time from a large skill you don’t really use any more, and sell the resulting skill injectors for a profit. Your character can produce enough skill points each month to fill about four skill injectors, and the profit from selling a month’s skills is currently enough to buy 500 PLEX and activate your subscription for a month.

All you have to do then is re-train the skills you extracted and repeat every month. If you do this, be sure to do a neural remap to maximise the attributes that the skill you’re training uses, and ideally install +4 or +5 implants for those attributes. There are even ways to make a profit from this each month if you’re able to get multiple characters on the same account training using the multiple training queue certificate. EVE-Mogul has an amazing calculator that can help you work out how to use skill extraction to pay for your subscription and make some ISK in the process. 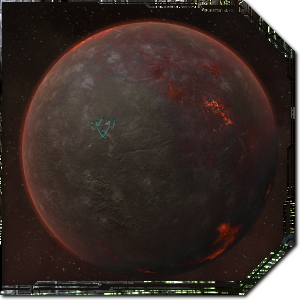 Everything in EVE revolves around ISK, and the goal for a lot of free players is to be able to easily make enough ISK to fund a subscription through PLEX. Having access to battlecruisers and battleships will make it easier for free players to grind PvE content, and alphas also have access to Project Discovery. This is the minigame that helps to locate exoplanets in real life by asking players to find patterns in scientific data, it has no skill training requirements, and alphas can reportedly earn 20-60 million ISK per hour on it with some practice.

Omega subscribers have a few more options when it comes to generating passive income each month, such as manufacturing, selling items on the market outside trade hubs, or running reactions in the new refinery structures. Subscribers also have access to Planetary Interaction, which can be difficult to get started with but provides a good source of passive income. A factory planet can be designed so that you only need to tend to it once every few days, and there are plenty of guides and calculators online to help you maximise your profits.