END_OF_DOCUMENT_TOKEN_TO_BE_REPLACED

Last week, we covered the mechanical issues for about half of the Final Fantasy XIV job lineup. This week, we’re covering the other half. That seems rather straightforward, doesn’t it? There we go.

The thing about mechanical issues is that they’re sometimes hard to identify; they’re not as simple as weaknesses or balance issues. A job not dealing nearly as much damage as other jobs in the same role is a balance issue, while a job having to deal with mechanics differently is a weakness (like how Summoners have fewer options to quickly dispatch adds, or melee jobs have to deal with avoiding AoEs differently). Mechanical issues are specifically places where the mechanics of the job are the issue, leading to gameplay that’s disconnected or irrelevant.

But people seem to have gotten the idea from the first installment last week. So with all of these facts in mind, let’s start talking about the other half of the game’s jobs, not first on deck but no less important. 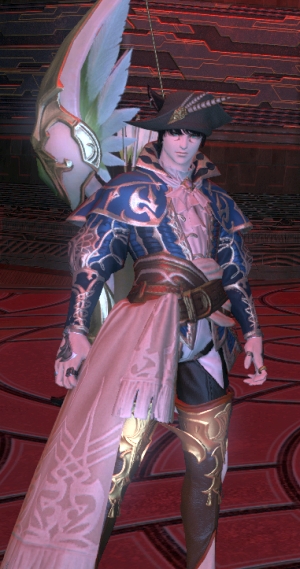 Bard: Any job that relies heavily on a chance for something to happen is going to have a highly unpredictable profile. Bard is no exception; so much of its gameplay is based around waiting for critical ticks to go off, and while this evens out a bit over time, it doesn’t make things exactly comfortable or reliable. It can be feast or famine, depending on your luck and the overall length of the fight.

Summoner: Summoner has a similar problem to the one facing Dragoon, where it has a really long build-up cycle to maximize its damage and can be badly screwed by timing. The whole job is built around getting that big Bahamut burst, and that means that you cycle through three phases of gameplay during which you play the job in completely different fashions based on whether you’re building Trance, unleashing Trance, or unleashing the big dragon himself.

The bright side is that you’re no longer chasing a timer with your Trance mechanic, because it’s not going anywhere until you use it. By way of compensation, though, you wind up having to aggressively swap between your tools a fair bit, and that’s an issue because none of the individual rotations is terribly complex; it’s just that there are three different states to cycle between.

Black Mage: The improvements made to Black Mage in Stormblood means that the job is no longer subject to the wonky math that made its rotation something of a chore in Heavensward. However, it’s still a job entirely about maximizing your window to do as much damage as possible at a given point. That means that the job still runs into issues with server latency and trying to maximize every given window, which is why Black Mages have a bad habit of standing in something nasty.

The other, smaller issue is that there are a lot of places where you’re encouraged to stock up on your various procs, which then exacerbates the split-second timing about when you’re supposed to use them. It’s less than ideal. 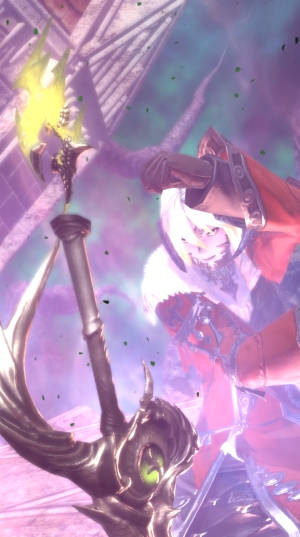 Red Mage: Without a doubt, Red Mage is one of my favorite jobs in the game at the moment. It’s a really fun hybrid of both caster and melee, which means inheriting some of the weaknesses of both, and its whole balance mechanic is a good way to encourage you to get out of balance but not too much so. Unfortunately, it’s particularly vulnerable to the caster problem of finishing off a target; it’s easy to wind up with no “safe” casts that aren’t going to be cancelled when the target dies from scratch damage.

There’s also the mechanical issue that Displacement, while useful, is important for getting back into cast range… and can also fling you off of a platform, because it charges you straight back instead of back to where you were before. The whole in-attack-out dance is important, but as the only job where the backstep is a vital mechanical component of gameplay it could use a bit of love.

White Mage: The funny thing about White Mage is that while the Lily gauge actually does work pretty well, there’s a strong pressure from mechanics to never use any Lily-linked abilities until you have the gauge full. Everything you have benefits fully from a full charge, and there’s no reason not to always use that full charge before unleashing your big cures. The alternative is always strictly worse. Removing it from Divine Benison was a good chance for balance, but it sort of highlighted that there’s not a lot of thought going into the meter.

There’s also the slight problem that a lot of your cooldown tricks are considered abilities rather than spells, and thus aren’t buoyed at all by Convalescence, meaning that the cooldown tanks are using to help you heal has a more mixed effect on your actual efforts. It also gives you more options in other situations, but it seems like a slight oversight.

Astrologian: Diurnal Sect has kind of taken a drubbing compared to Nocturnal Sect. The regen effect is nice, but unless you have another Astrologian with you or a particularly good Scholar, you’re going to prefer barriers most of the time. You wind up with two stances that don’t individually, feel like they do a whole heck of a lot. As a whole, though, the job remains in a very solid place post-Heavensward, so it’s only a minor quibble.

The other big issue is, well… the Undraw actions don’t really do much of anything. Undraw Spread at least has some utility if you’ve got a card you don’t want in your spread, but why would you cancel a Royal Road effect when you can just overwrite it when you have a better one? Why undraw a card when it doesn’t affect the cooldown in any fashion? I get that the idea is to allow you to reject and reshuffle, but I struggle to think of even a handful of situations where this would be a useful tool for anything other than personal satisfaction; even getting Ewer after Ewer in a party of melee, you’re still better off using the cards for something rather than just throwing them away.

Scholar: Alas, how the mighty have still fallen. Scholar has been improved a lot since the expansion launch, but it’s still a victim of no longer being able to just Cleric Stance and forget for large chunks of pulls. More to the point, it’s the recipient of a not-tremendously-useful job gauge that’s linked to exactly one action; it’s a useful action, but it’s also the only thing you’re using the gauge for, and the correct use is to pretty much always turn it on once the gauge is full and you’re facing a boss.

Part of the problem is just that barriers, at this point, are not tremendously useful. You’re probably getting a couple of hits of safety out of any given barrier before it falls, a far cry from when Adloquium could provide an actual health buffer. The difference is that while Nocturnal Sect can make use of that barrier ro do something for those two hits and then quickly recover, Scholar set-up and other actions takes longer. They just don’t have the buffer that they used to have.

Feedback, as always, is welcome down in the comments below or via mail to eliot@massivelyop.com. Next week, as much as I hope to have more information about Eureka, I don’t want to bank on that. So assuming we haven’t heard more, I’d like to talk about the latest housing sequence in depth, including how things went better and what still needs to be addressed.

I was having a lot of fun playing redmage before I unsubbed.

I really have a lot of fun with my BRD, perhaps because there’s almost always something to do, and occasionally several things at once. At 70 I feel like I’m putting on quite the light show when all my various abilities go off.