We’ve all been there. We’re playing our favorite MMORPG and then self-appointed professors of game history start arguing in world chat about firsts — usually, which MMO was considered to be the “first.”

As much as we all like to feel and be right about something, the truth is that history is messy and often ill-defined, even history as recent as that of video games. If you go looking for clear-cut facts and definitions, you might end up with an assortment of maybes, possiblys, and who knowses.

So when it comes to “firsts” in MMOs, there’s a lot of debate over, well, pretty much everything. One thing that I have noticed while covering The Game Archaeologist for many years now is that studios do love claiming to be first in various aspects. Whether or not these firsts are legitimate or can be challenged is debatable, but I thought it would be interesting to compile these claims into a list for your enjoyment and future world chat arguments.

Let’s get the big one out of the way, because I’m tired of the bickering about which MMO constitutes the very first. If we’re to go with a persistent virtual world that was online and allowed a significant number of players, then 1978’s MUD (or Multi-User Dungeon) is it. Period (unless it’s Milieu and see what I’m saying about the messiness of history?). Roy Trubshaw and Richard Bartle worked to bring MMOs online in a text-based form far in advance of the modern internet, and it was an amazing piece of history and a legacy that should not be forgotten.

To help keep track of MMOs over the years, I’ve created an ever-evolving timeline of releases and significant events. As far as my records show, there may have been an AOL Neverwinter Nights expansion in 1992, but I have not been able to find out any additional information about it. In any case, I think the first proper expansion release has to go to 1998’s The Second Age, which came out just a year after Ultima Online’s impressive debut.

One of the key components to MMOs was the “O” part — and it’s here that 1973’s Maze War gets a footnote in the history books for pitting two online players against each other in a very strange 3-D battle. OK, it wasn’t true 3-D nor much of what we would think as a shooter today, but it definitely pioneered some interesting concepts that were later used in grander titles.

If you were to listen to Bree tell it, 1997’s Ultima Online would get the first for EVERYTHING. And it well may deserve many of those distinctions. It’s here that the acronym “MMORPG” was coined and that the start of the modern graphical MMO era was born. Prior to UO, all MMOs were smaller affairs. When this game launched, it racked up over 100,000 subscribers in the first six months, a figure that no online game had even approached before.

It’s not a title that a lot of us think about — or even know — but 2001’s Shattered Galaxy attempted to merge the traditional MMORPG with the then-hot real-time strategy genre. MMORTS titles have been attempted since, but none, including this one, have really been that successful.

Cyberpunk has been a rather neglected subgenre of sci-fi in the popular eye, but it enjoyed a cult following with movies like Blade Runner and The Matrix. Neocron claimed to have launched the world’s first cyberpunk MMORPG in 2002, bringing a gritty, jacked-in future to gamer’s hands. 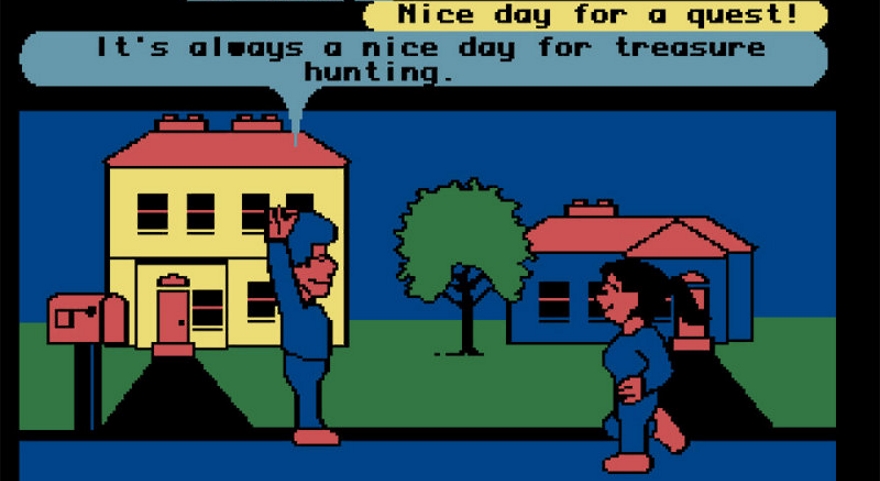 Well before its time, Habitat came out on the Commodore 64 and brought players together in a virtual world that boasted colorful graphics, personal avatars, objects to manipulate, and even events. This 1986 title was more an experiment than a real game, but while its beta ran, it made headlines.

The first commercial online world: Sceptre of Goth or Island of Kesmai

While proto-MMOs and early MUDs were already spreading in the early 1980s, it was this sequel to another online RPG that ventured into the commercial space. Island of Kesmai rolled out on CompuServe in 1985, and players had to pony up an hourly fee to play it.

Or if you want to refute the above claim, you can look at 1983’s Sceptre of Goth, which started charging players to play the beta. Personally, I’m not too worried about which is truly first, because this history is simply fascinating no matter who gets the titles.

The first true persistent universe on the internet: Sega’s 10Six

Honestly, I have no idea what this claim even means, as it was from an early ad for this 2000 hybrid RTS and shooter. But it sounds good, doesn’t it?

The first mention of “massively multiplayer:” Kingdom of Drakkar

According to its creators, the discussion over this little-known graphical RPG from 1991 spawned the term “massively multiplayer” as the developers were trying to figure out a term to separate this game from regular multiplayer titles.

The Daily Grind: What things do MMOs do pre-launch that look...