END_OF_DOCUMENT_TOKEN_TO_BE_REPLACED
Monday, the Elder Scrolls Online’s Summerset chapter went live for early access accounts. For the first time since 1994, players can visit the island of Summerset. And needless to say, 24 years makes quite a difference in the world of gaming. I’m not going to pretend that I ever played Arena, but think its safe to say that things look a lot different and the mechanics of the game have changed, too.

I don’t think that Summerset is as highly anticipated as Morrowind was, but that’s can be a positive for ZeniMax Online Studios because there is scrutiny when it comes to the lay of the land and the storyline. On the other hand, it means less hype for the expansion.

As an MMORPG enthusiast, I’m excited to see MMOs continuing to grow the way ESO has. And I know that you might not be as familiar with Summerset, so I would like to give you my list of what you should probably look out for when you jump into the next chapter. 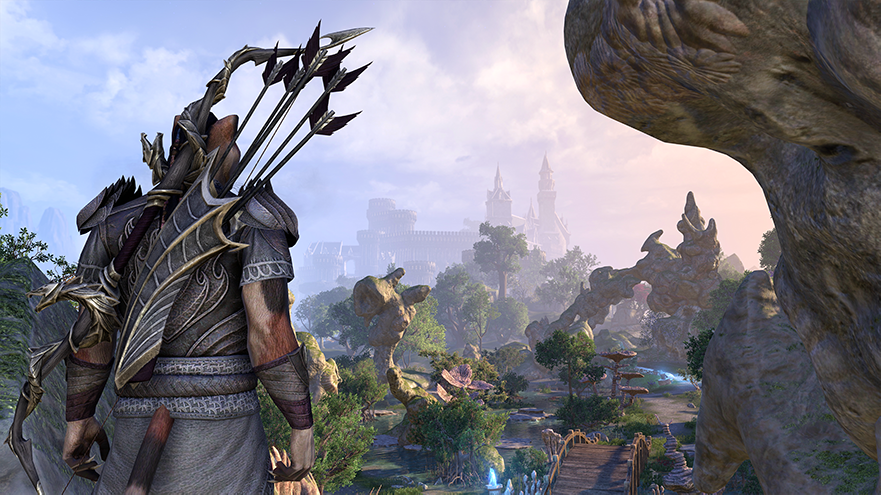 Summerset is a chapter

This is a simple one but an important one. Summerset is a chapter for ESO. That means that there is a new starting tutorial, and it should have all the elements of an expansion to the game. This also means that it will not be a part of ESO Plus. You will have to buy it separately from the other DLC. Morrowind came with a new class, a large explorable area, and a new tutorial. We should expect something similar from this expansion. We get exactly that except there’s no new class. On the other hand, we get something else instead…

The Psijic Order skill line is not a new class

With Morrowind, we received a new class, but with Summerset, we get a new skill line. I talked a lot about the skill line in my last Tamriel Infinium, but I wanted to make mention of it here because it’s important to understand that all players have access to this skill line if they have bought Summerset. Unlike the Warden class addition, this skill line will not require as big a balance juggling act for PvP, mostly because everyone has access to the Psijic Order abilities if they choose to use them.

The Summerset Isles are all the islands in that area

Just as the British Isles include two major islands but Great Britain is just the largest island, the Summerset Isles are three islands and Summerset is the largest one. One of the other islands, Auridon, is the starting area for the Aldmiri Dominion. And the other island is no longer accessible from this plane of existence. Its name is Artaeum. 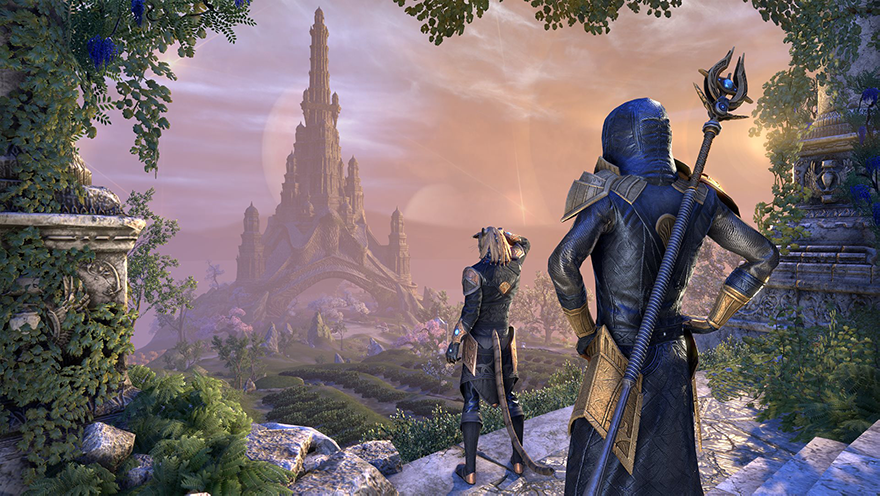 Artaeum is the home of the Psijic Order

The fact that Artaeum is on a different plane and that it’s the home of the Psijic Order has probably been hammered into your brain a million times already if you’re reading this. But the why and how are probably still mysteries to you. In the opening tutorial, you learn that the Psijics removed the island from the mainland to “better promote meditative study and contemplation,” according to Oriandra, an Imperial Psijic you’ll meet during the Summerset tutorial.

My personal theory is that Artaeum isn’t shrunk like Clockwork City and isn’t in another dimension like Oblivion. I believe that Artaeum is time-displaced. This would account for people not aging the same way and why you wouldn’t likely see the island while traveling.

Immediately, you will note that the Psijic Order isn’t as preoccupied with racial heritage as the rest of the Altmer are. The first Psijic you meet is an Imperial human, and there are many other races peppered throughout the order. The most interesting member is actually a god: Sotha Sil is not exactly a Psijic in the traditional sense, but the order allows him to study there.

Very few non-Altmer have been to Summerset

You’ll find out quickly — during the first mission, in fact — that non-Altmer have made their way to the island for years, but Altmer are clearly the majority race. It’s not as heavy as the racism on Vvardenfell, but it does play a large role in the first questline for the expansion. To help lift the stigma of High Elf racism and to better unite the Aldmeri Dominion, Queen Ayrenn created a decree that opened Summerset’s borders to all people, regardless of race.

If you have been playing the Aldmeri Dominion questlines, then you know Razum-dar. He’s the Kajhiit who helps you out in the very first questline and continues to be a catalyst for you further adventures through the main story for the Dominion. He’s a very secretive person, but you find out that he works directly for Queen Ayrenn as her eyes around Tamriel.

And since I don’t really have a good way to segue this next part, I will just mention that you can now gift Crown Store (cash shop) items to other players. It’s really easy. You just have to click the little gift box when you are purchasing an item. Other than houses, I’ve not found anything that you can’t give away.

I’m really enjoying Summerset right now that it’s in Early Access. I will likely have some more things to talk about that are full of spoilers in the coming weeks, but for now I’m just going to recommend that you just play it for yourself. 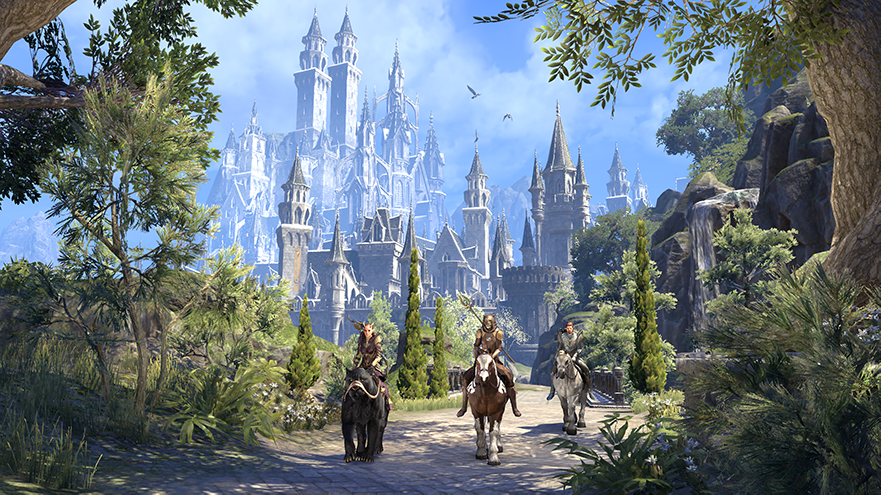 I started playing Elder Scrolls games with Morrowind, had an English copy of the game and I was probably 10 at the time and I didn’t speak any English, so the game was about exploring to me.

Then Oblivion came out and I played that for probably thousands of hours, I can honestly say I lived in that world the year it came out.

Skyrim never resonated with me, I don’t know why. I played it for a good bit but it never gripped me like Oblivion did.

I liked all of them because of the lore, it was cool, well thought out.
I play TESO but I feel like this expansion just butchered a ton of it and that was my fear, to begin with with the MMO.

A very lazy start to the whole adventure, you just teleport into the map through waypoint, how hard would it have been to make you travel there with a boat the first time.

Psijic order is such a let down to me, this super epic secretive order just sort of let you in and thousands of others no big deal and then they invite you into the order 5 mins later.
Imma keep playing because really it is what it is but it’s not good. I don’t think they did it justice at all.

I had to go there by boat.

I think it depends, when I bought Morrowind I deleted my previous character and started a new one, it was in Aldmeri Dominion, so I expected to start in Khenarthi’s Roost or wherever their starting zone was… Instead I started in Vvardenfell. I think if I didn’t make a new character, I would have to get there by boat or something.

I don’t own Summerset yet, but I think it’s the same thing.

I logged in and no new quest prompted or anything, I looked at the map and had a waypoint there unlocked, teleported and the main quest started right outside of it.

We have never seen Summer Set and this is how lazily they introduced it. I don’t know I just expected a lot more, especially since from what I understand people were quite disappointed by Morrowind. This isn’t any better, and arguably has less content than Morrowind.

Wasn’t there a pre-quest or something before the chapter launched? I remember seeing something from the Queen but I never accepted it. When it launched I tried to find it but they must have removed it.

Yeah, there was, sort of forgot about it, I suppose that says how good it was.

It’s still there. Vanus Galerion is still in the mages guild. Also the patch notes prompt you to check the stories section of your collections.

Yeah I know I did it. That’s really not what I was talking about though.

Thats easy. Oblivion was a bonafide 3D First Person RPG that gave you a literal world you could run around in. This was the first (or close enough) to this so you will always remember that. But more importantly Skyrim changed this model. Skyrim removed a lot of the role playing elements in exchange for visceral combat.

I’ve spent hundreds of hours in Skyrim, but like you, it never captured me the way Oblivion did on the XBOX 360 where I also put in thousands of hours.

The funny thing is I always restart Skyrim every now and then and get to around the same point (the mid 30s) when I start to lose interest again and realize this isn’t Oblivion or a strong RPG.

Suprisingly I felt the same way with Fallout 4 – Loving Fallout3 and New Vegas more than I did 4, and seeing the same RPG elements removal I discovered in Skyrim.

Its hard finding a GOOD RPG that prioritizes unique character development where you can do whatever you want. ESO is the closest for me (at least in terms on semi-unending content) and enjoying summerset so far.

I felt similarly about Fallout 4 too, but I did like the combat better.

I travelled to Summerset in a boat… it didn’t add any flavour but the option was there. =P Oblivian is my fav in the series as well.

I’m having fun with it so far. The writing and voice acting have been very good to excellent, the city design is superb, and the environmental design is good. I’m slightly disappointed that they played it safe with Altmer architecture; while I didn’t expect them to go full PGE 1 (insect wings and crystal shards) something a little more alien and a little less 19C German neo-Gothic. To a large extent, though, Altmer society is the star of the show and it’s been fascinating to get a deeper look into how it functions; or, occasionally, doesn’t.

I agree, I think that’s one of my biggest gripes with the game right now, not enough “alien”. Let’s hope things are spiced up a bit in the future. I’d be really excited if they announced a DLC or Chapter in Black Marsh after having that tiny visit during the Dark Brotherhood storyline.