END_OF_DOCUMENT_TOKEN_TO_BE_REPLACED
Hopefully, everyone saw the Elder Scrolls Online presentation at Quakecon. If not, I’ll have that whole video just past the break. Game Director Matt Firor and Community Manager Gina Bruno stood on stage to give an overview of what ESO has in store for the rest of the year. Of course, Wolfhunter launched a couple of days ago, but I was definitely more interested in the Murkmire presentation.

I’ve said it before, but I’ll say it again: I believe that Black Marsh is the area of Tamriel that ESO will ultimately be known for, and that’s because no other game in the Elder Scrolls series has touched that area of Tamriel with any significance. Firor explained what we would discover in Murkmire, but I believe his last line explained it best: “Along the way you’re going to get a really deep dive into Argonian culture, philosophy, and religion — really, what drives them, and what makes them so weird.”

During the presentation, Firor and Bruno gave us our first look at the Murkmire DLC in game. During this one-minute clip, we didn’t see much, but I’ve pulled it apart. And I’m going to hopefully reveal some things that you didn’t notice.

This Fall, your adventures will bring you to the dangerous, untamed wilds of Black Marsh, home of the Argonians. 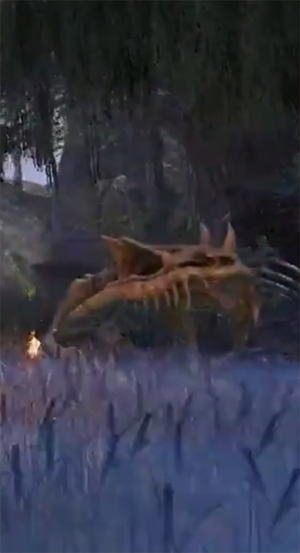 During the presentation, Firor said that some of the first images of Murkmire where shown on the Quakecon stage four years ago. Originally, Murkmire was in design to be like Carglorn: an open-world zone for four-man groups. Apparently, those plans have changed because it’s now going to be a solo zone like Wrothgar or the Thieves Guild. However, there are some things that will remain. And you might have missed the two creatures that will appear: the Naga and the Behemoth.

At first, I thought the creature at the lower center of the screen at 32 seconds in was a Daedra. And maybe it is, but it’s carrying a weapon, which isn’t typical of the Daedric creatures we’ve seen so far in game. I also think that it might be a Naga. These creatures are a breed of Argonian with more amphibian-like features.

The Naga are cool, but we also see that the Behemoths are still a part of Murkmire. But where? “I didn’t see any Behemoths in the video,” you might say. And you would mostly be right. However, when everyone else was looking at the new mount, I was looking in the background and noticed a giant skull. When compared to the existing concept art for the Behemoth, the skull looks like it fits perfectly.

Unfortunately, I didn’t see any evidence of the dredge or the fire-breathing turtles. 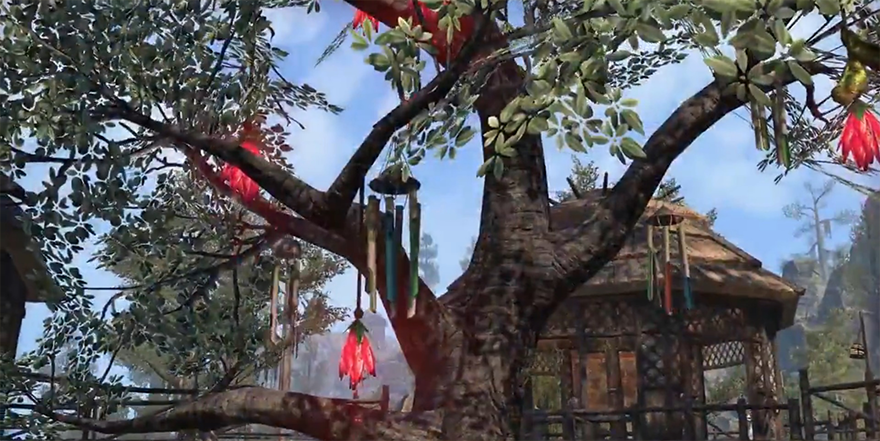 Of course, it wouldn’t an Argonian expansion without the Hist. As I’ve mentioned before, the Hist are trees and creators of the Argonian race. But can you point out the Hist in this video? If I told you that the Hist appears just after the ESRB warning in the first shot of Murkmire, would you be able to point to it? Perhaps you should jump forward a few seconds to the images of the village.

Hanging from the gates and sides of builds are banners with a drawing of a tree on it. If you look closely at the drawing, you’ll notice that there are things dangling from the tree branches. Those flowery bulbs should give you a good indication of which tree is the Hist tree. It’s the one with the pink, glowing bulbs. And if you look back at the first timestamp, you can see the telltale bulbs floating around the tree in the center-left.

Tamriel Infinium: The bizarre lore of the Hist in Elder Scrolls Online – and how it could matter in Mirkmire

Once you notice that, you should be able to spot the Hist in nearly every shot of the village and many of the other outdoor shots. The best shot is actually the one I captured at about 23 seconds in. You can clearly see the bulbs and even some ceremonial wind chimes.

With the Hist appearing in nearly every shot of the teaser, I am concerned about the actual size of the zone. In the original depiction from 2014, the zone seemed to be as big as Craglorn, but at this point, I would be surprised if it’s as big as the Dark Brotherhood’s Gold Coast. 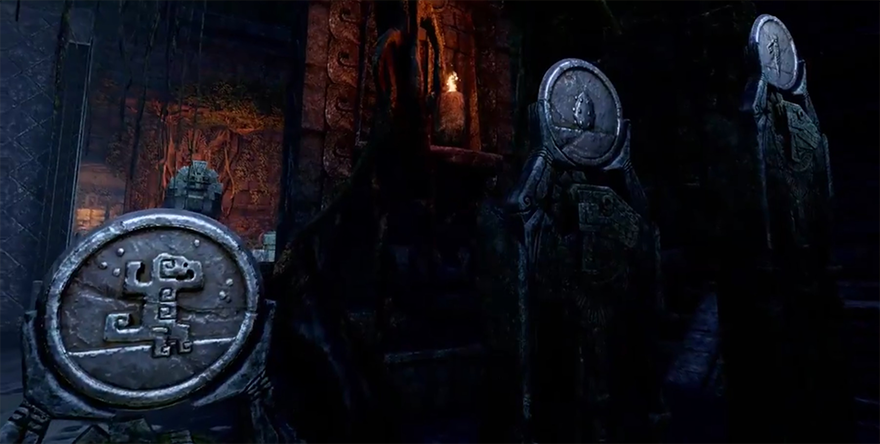 What’s up with the egg?

The first time we see the egg is about the 33-second mark. An Argonian priest is depicted holding up an image of an egg. Then we see an Argonian walking through some glowing water next to some of the same eggs. As we pan out of the next few frames, we see the same eggs near the root of a giant tree. Most of the tree is off the screen, but I can assume — given its size and shape — that the tree pictured here is the Hist tree. The in the very last frame, we see another depiction of the egg next to what I can only assume is Hist.

The Argonian birth is steeped in the culture’s religion. The Argonians believe that the Hist gives each Argonian his or her life and intelligence.

During one of the quests for the Ebonheart Pact, the player is tasked with returning an Argonian to her roots. At the end of the adventure, the lizard-woman is transformed into a crocodile. Supposedly, she returned to her natural form.

So what did I miss? What did you notice in the teaser? Are you as interested in learning more about the Argonians as I am? Are you disappointed in the change in direction for Murkmire? Personally, I’m glad it’s more of a solo zone, but maybe it would have served the community better if it were group zone. Let me know your thoughts in the comments below!

I’ll enjoy having some focus on the betmer for a change of pace, especially the argonians and (i hope eventually) the khajiit. Enough with the elves already…. ;-)