Since taking up the mantle of the Not So Massively column here on MOP, I’ve felt the need to keep better abreast of major titles in the not-so-massively space. That includes battle royales, a genre I have not touched previously. But for the sake of improving my professional knowledge, I decided to delve into the biggest name in the field, which is of course Epic Games‘ Fortnite.

Here’s something I didn’t expect: Fortnite Battle Royale has no tutorial. It just throws you in. If you want to learn the controls, you need to look them over in the options menu. Beyond that the only instruction you’re going to get is some extremely basic tips on the load screen.

Being thrown into the deep end like this, I expected to get massacred, and I was, but to far less an extent than I expected. My experience of every match was largely the same: I wandered aimlessly collecting loot, was one-shot the moment I encountered another player, and still somehow scored higher than most other people in the match.

Suffice it to say I don’t quite grasp the appeal of this game. Realistically, though, I was never the target audience. PvP has never really been my scene. That being said, while the appeal of Fortnite as a whole escapes me, there are some specific things about the game that I appreciate, and there are perhaps some lessons for MMOs therein. 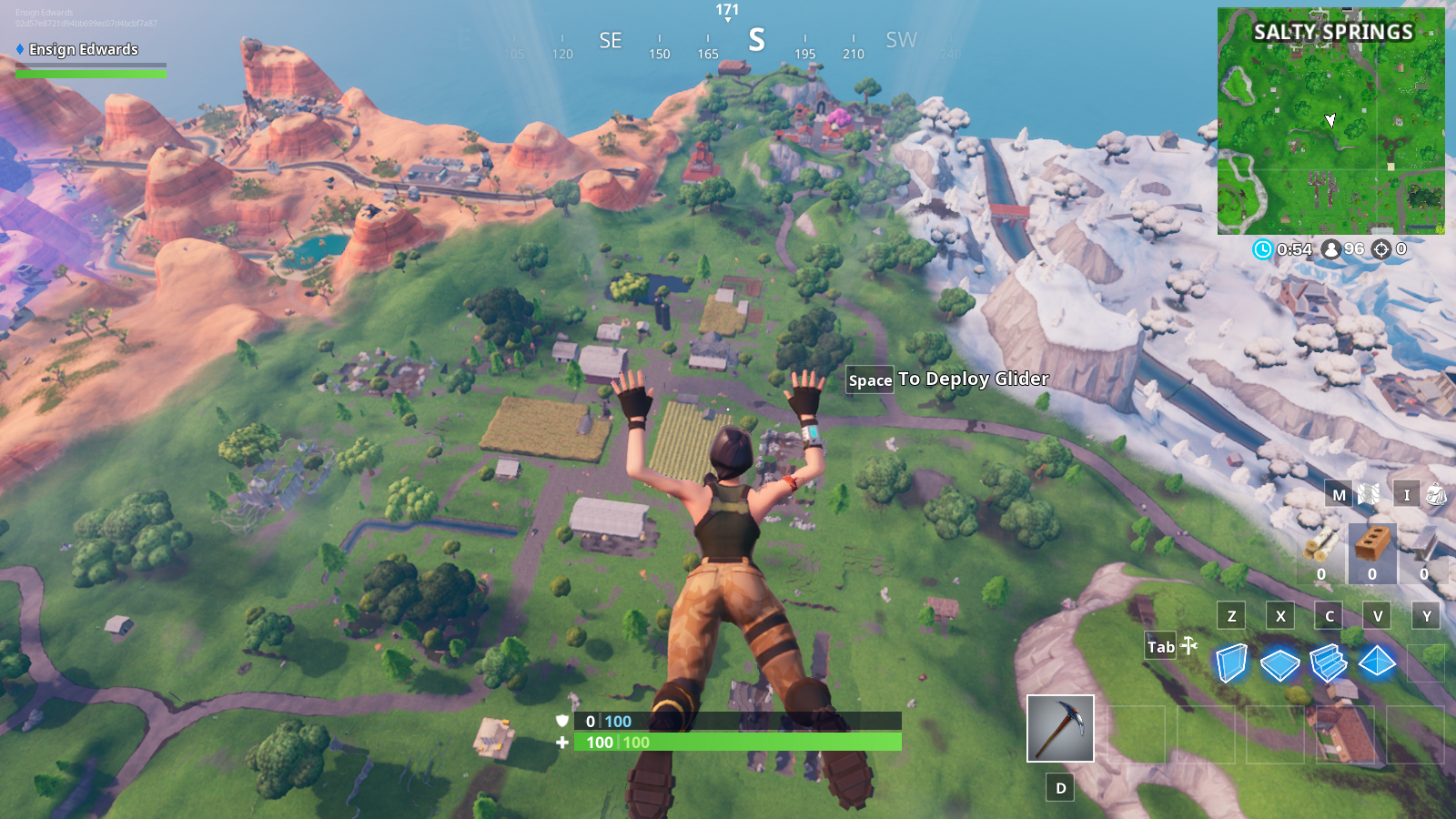 Near as I can tell, the most unique thing about Fortnite — because of course it didn’t invent the battle royale formula — is the extent to which you can manipulate the battlefield by tearing down or erecting walls and other structures. I’m not in love with how that plays out in Fortnite; mostly it seems to just be a lot of people spamming walls around themselves mid-firefight to try to buy a few more seconds of life. But the idea is very neat.

One of my recurring complaints about most mainstream MMOs is how static their game worlds are. Most of the time you can’t even open doors. It would be lovely if we were able to have more of an impact on our environments in MMOs. Imagine if powerful spells left physical craters in the land. Imagine if mining involved not just chipping at rocks on the surface but actually delving into the earth to find hidden pockets of treasure. Imagine a mage being able to conjure a physical wall of ice to block off an enemy team in PvP.

You’d have to be careful about how it was implemented to prevent unintended consequences and forestall the inevitable Sea of Dongs issue. But with careful limits, the ability to manipulate terrain in real time could make for some really fun and inventive gameplay in an MMO.

This was something I was hoping to see from the late, lamented EverQuest Next, but of course that never came to pass. And I know there are MMORPGs in production still working out the kinks. Perhaps some other future title will pick up the torch too. 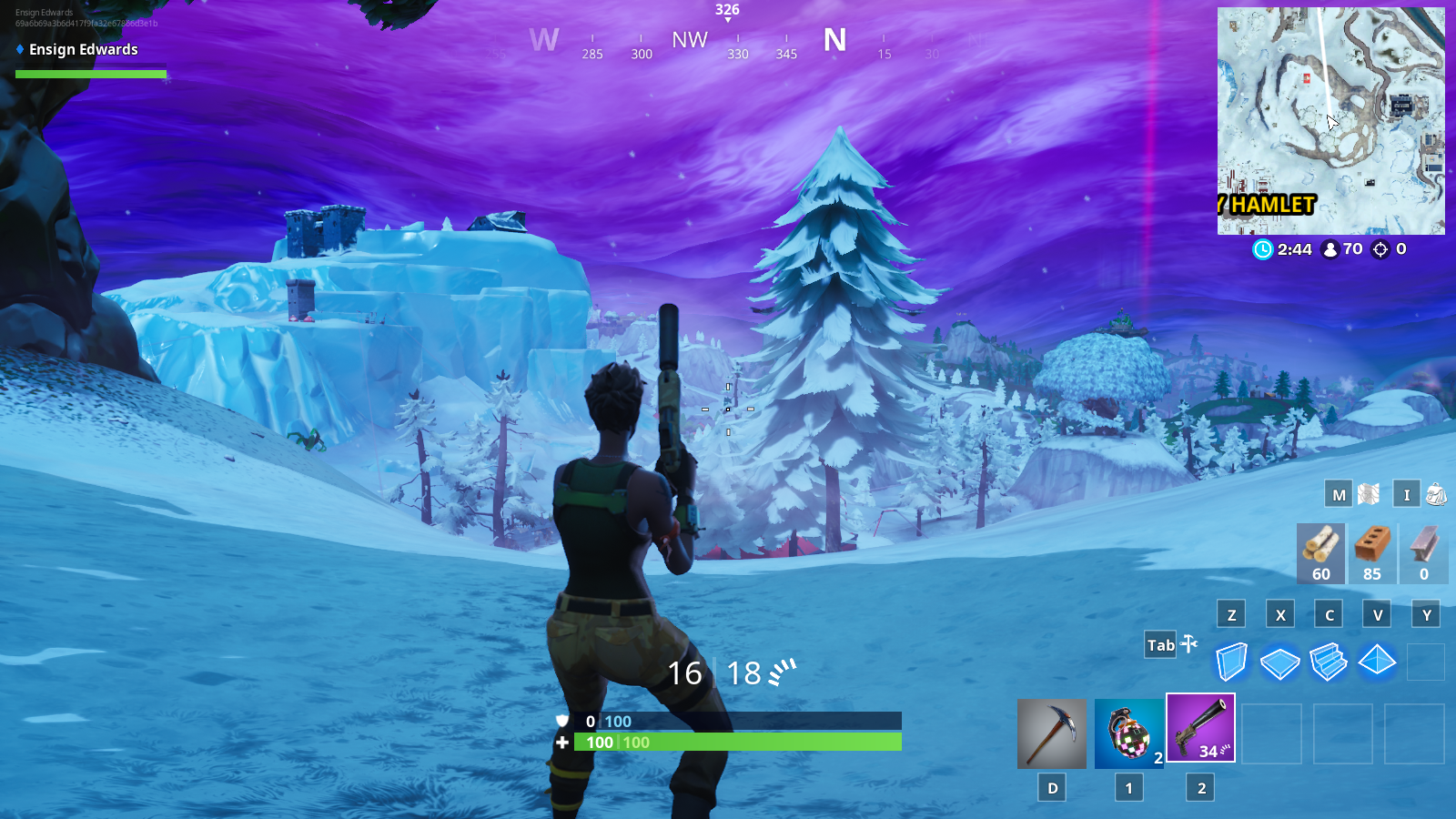 On a related note, a smaller thing I appreciated about Fortnite is how it makes gathering a more interactive process. When you start hitting something with your pickaxe, weak points will appear on the target. Aiming your cursor at one of those weak points will do additional “damage” and allow you to gather more efficiently.

More of this, please. Why can’t gathering be as interactive and engaging as combat? I’d love to see MMOs implement simple minigames like this to make gathering materials more than just mindless grinding. It doesn’t need to be too complicated, but gathering can definitely be more than just clicking and looting.

One last thing that I will praise about Fortnite — and what surprised me the most — is that it can be a surprisingly low stress game, all things considered. Going in I had assumed from the massive player counts that battle royale matches were long, protracted affairs, but even the matches where I survived almost to the end were over in about 10 to 15 minutes at most. If you die early and leave the match, you can be into your next match even more quickly.

The low time investment takes a lot of the sting out of dying, and beyond that there doesn’t seem to be much of a penalty for failure. Maybe if I became more invested in my rankings it might start to matter, but as is it doesn’t seem to matter that much if you play well or fail spectacularly.

I mean this as a compliment. I have never understood why MMOs feel the need to add penalties to failure beyond the failure itself. The less each loss stings, the easier it is to keep trying and keep improving your skills. More games should be this easy-going. 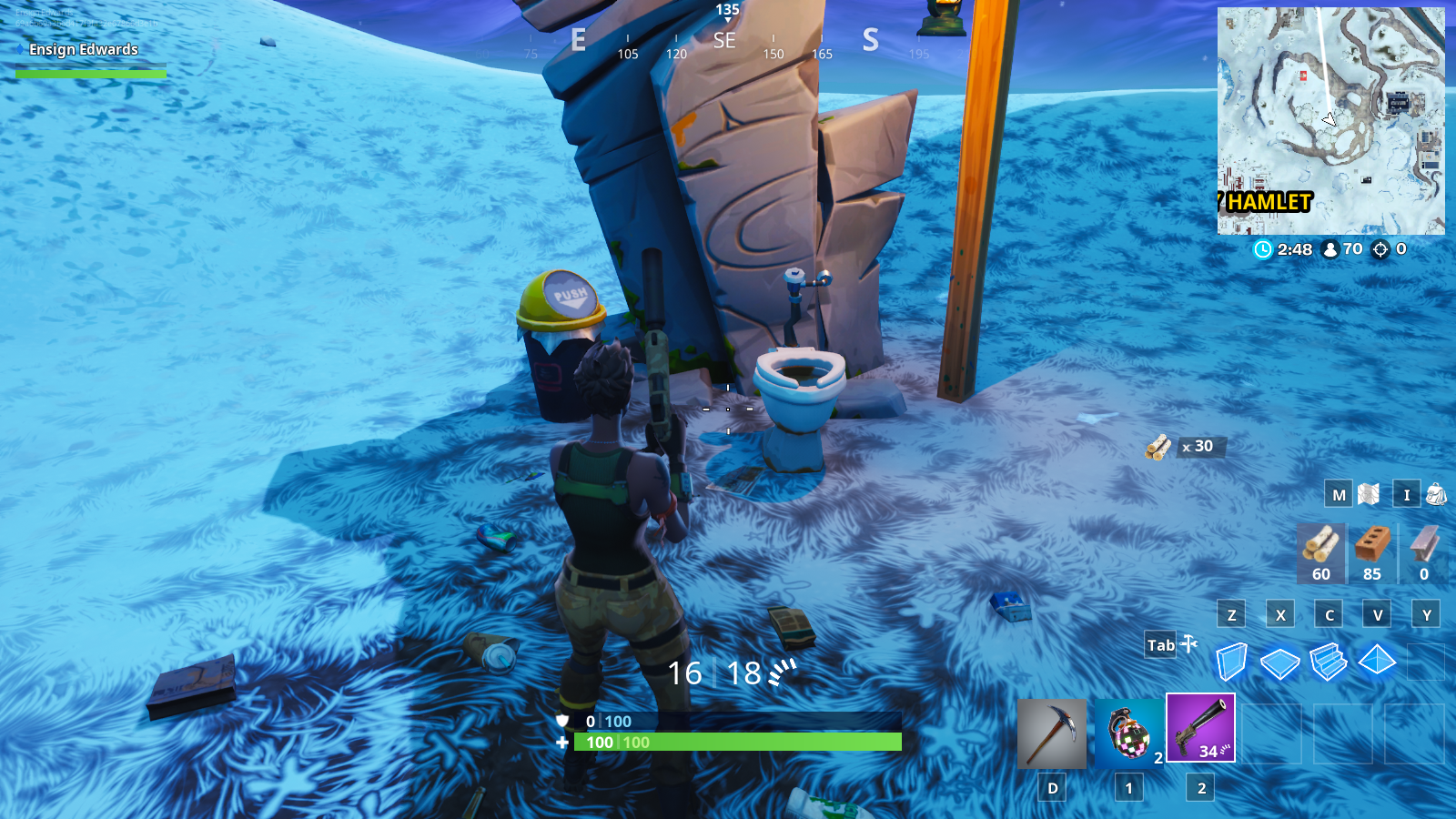 I am not going to say that I think Fortnite Battle Royale is a good game. To rate it as good or bad, I would have to understand what the appeal is in the first place, and I really, truly don’t. But there are things I like about it. I think there definitely some ideas here that MMOs can and should steal.

It does make me lament the potential of Fortnite‘s PvE mode, Save the World. Remember back when Fortnite‘s whole identity was about being a survival game focused on cooperation instead of competition? Oh, how times change. I was actually pretty hyped about Fortnite when PvE was its focus. I never played it because I try to avoid paying for early access titles, and I’ve only become more reticent as Save the World increasingly seems like abandonware, but based on my time in the battle royale section of the game, I definitely feel like Save the World could have been a game I’d enjoy.