It’s time to throw a whole armful of kindling onto the smoldering fire that is rumors of a WoW Classic Burning Crusade server. Wowhead is reporting that Blizzard sent out a survey to select players asking them how they would hypothetically like to start their journey on such a hypothetical server.

The options include continuing on with a current WoW Classic character, starting a new character at level 58 on a Burning Crusade server, and starting a new character at level 1. To make matters more complicated, the studio asked if players wanted their current servers to morph into a Burning Crusade shard (with the option to transfer to a fixed WoW Classic vanilla server) or if they wanted new Burning Crusade servers with the option to transfer current characters over there. It definitely sounds as though there are a lot of options on the table.

(Weren’t around for The Burning Crusade back in ’07? Take Eliot’s tour of the expansion to gain a deeper understanding of how Outland changed the game for better and for worse.)

In other Blizzard news, Diablo III community manager Brandy ‘Nevalistis’ Camel announced that last Friday was her final day at the company. “I’m not leaving for any ill reasons,” Camel clarified. “Sometimes, opportunity presents itself and you just gotta roll the dice.” 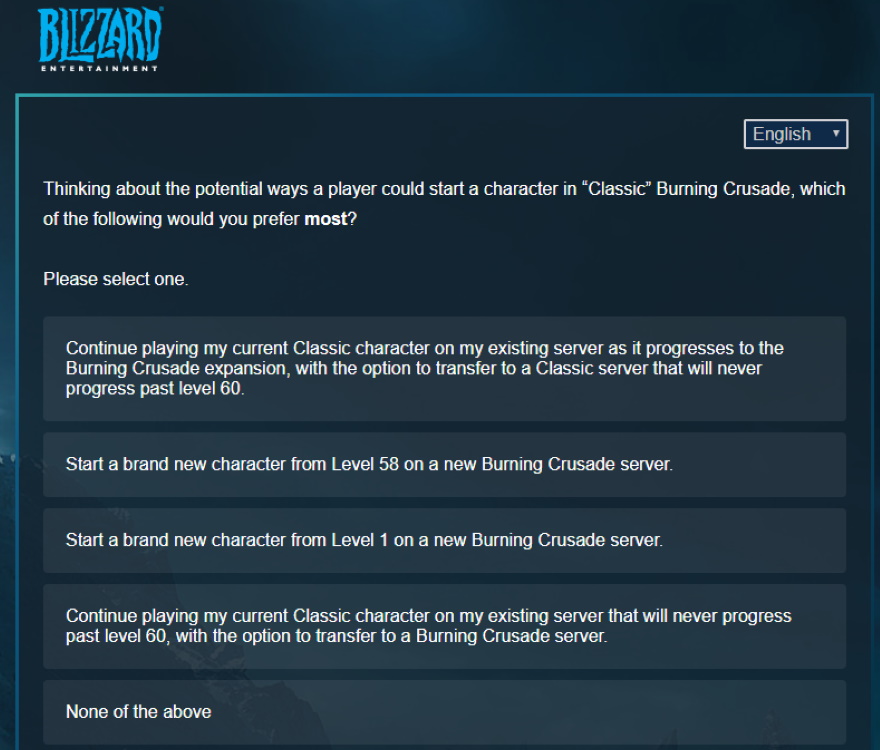