Last week, StarCraft II celebrated its tenth anniversary by launching the major 5.0 patch. With it came the new “prestige” system for co-op mode, offering a wealth of new strategic options for every commander. It would take weeks — if not months — to explore all the new options in detail, but for now I can give you my initial impressions.

But first, a recap. The new prestige system allows you to reset a level 15 commander back to level 1 in exchange for immediately unlocking a new prestige talent that alters the character’s playstyle by applying both advantages and disadvantages. You can change your talent at any time, including back to the commander’s default playstyle, but the only way to get back to level cap is to level up the old fashioned way. Reseting to level one doesn’t affect your Mastery or Ascension levels, but you won’t be able to benefit from your Mastery points on that commander until you get back to level 15.

Every commander has three prestige talents, meaning the options for how to play co-op have essentially quadrupled overnight. Pretty impressive for a 10-year-old game.

The question of which prestige talents are the most fun will of course have a lot of subjectivity to it, but for my money, the clear winner of this update is Raynor. All three of his talents provide interesting new twists on his toolkit.

Mostly what I’ve done since the update is level Raynor with his Backwater Sheriff talent. This one doubles the life of his infantry units, but removes his MULEs, those temporary mining robots that give him nearly infinite minerals. 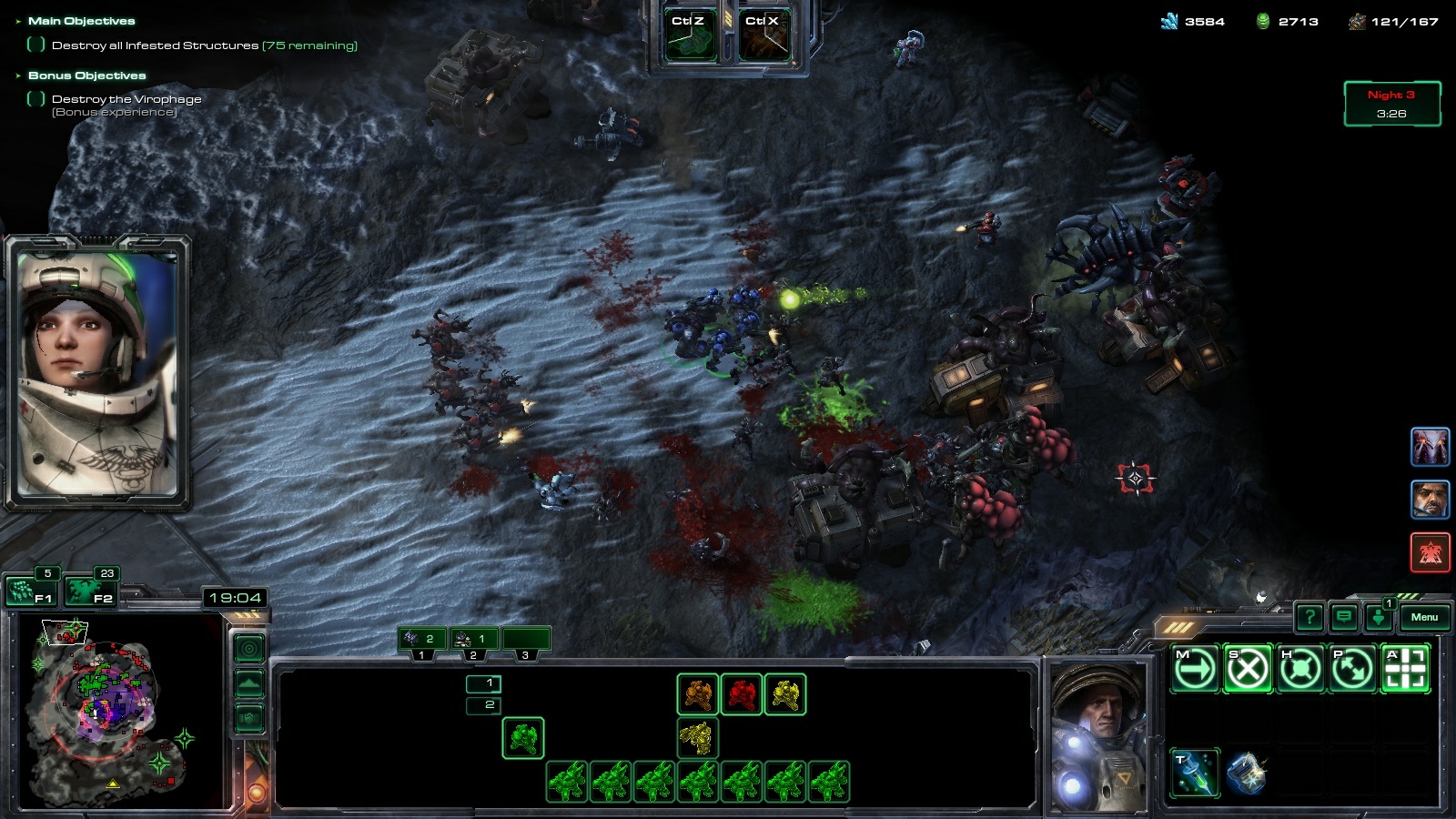 I’ll say right now: This is how Raynor should have played from the start.

I’m a big fan of Raynor’s character in the campaign, but in co-op his mechanics never quite clicked for me. His focus is on heavy macro and producing huge swarms of disposable infantry that are repeatedly fed into the meat grinder and then rapidly replaced thanks to his vast mineral income.

Aside from the fact I don’t enjoy this kind of swarmy attrition play that much — there’s a reason I play Zerg the least out of the three races — it never felt right for Raynor. In the campaign, he’s a scruffy outlaw leading a small but determined band of outlaws. Continually sacrificing huge numbers of expendable troops is kind of the opposite of what he’s about.

With Backwater Sheriff, Raynor feels a lot more like Raynor. Without MULEs, he’s slower to build up his army and replace losses, but his soldiers are also much more hardy, and you’ll lose them much less often. In some ways it’s a subtle change — it’s the same units and tech tree, after all — but it feels much better. MULEs have always felt like a bit of a chore anyway. Without the need to drop them constantly, the focus is on the action to a much greater degree.

While I haven’t played them yet, Raynor’s other talents seem interesting, too. One gives his mechanical units bonus attack speed when they use their Afterburners ability, which should make them a more competitive alternative to infantry builds, and the final talent removes the tech requirements for a Starport and lowers the gas costs of its units. This one in particular excites me, as it should make Battlecruisers a much more viable option. Capital ships have long been under-utilized in co-op, so anything that makes them a more valid choice gets a thumbs-up from me.

Karax and Han and Horner also have some solid talent choices, mostly focusing on enhancing one aspect or another of their existing playstyles. Karax can double down on his defensive structures, his units, or his Spear of Adun abilities, while Han and Horner have talents to place a greater emphasis on either Han’s ground units or Horner’s air units. Again, more focus on capital ships is a great option to have. 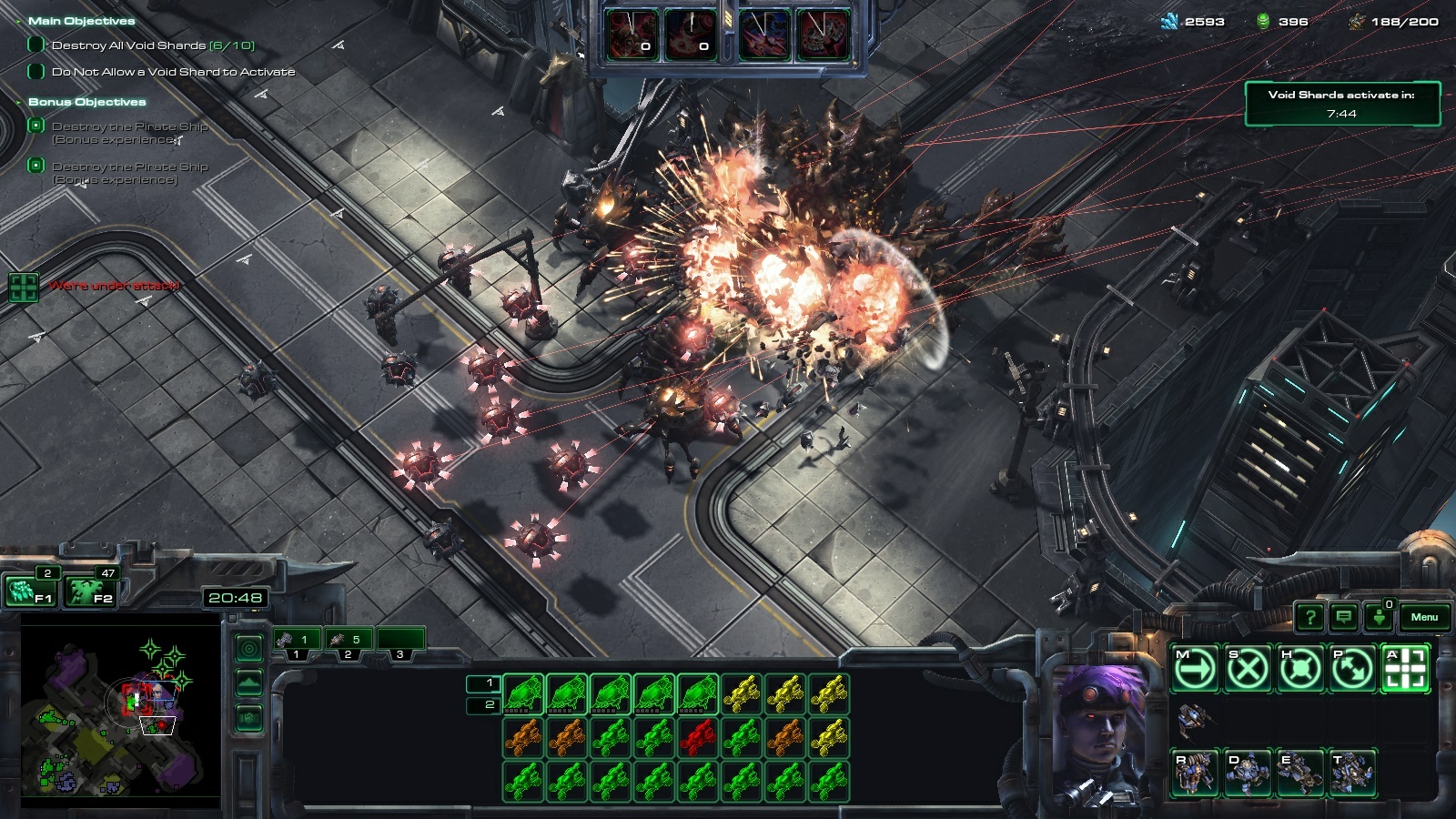 On the other hand, speaking as Nova main, I think she has probably the worst prestige options. Perhaps because she is already arguably the most versatile commander in the game, her talents feel more like they limit her options rather than enhance them. For instance, one enhances her stealth mode abilities but removes her shotgun stance, and while I’m sure bigger nukes are useful to have, that playstyle doesn’t have the same tactical depth as choosing the proper stance for the moment.

I’m especially disappointed by her Soldier of Fortune talent, which increases her rate of infantry production at the cost of slower production for all other combat units. While undeniably useful — you can spam Triple Tap Ghosts to rule the world even more any time you face Zerg — infantry is already Nova’s easiest and most versatile build. A more interesting talent would have been faster mech unit production in exchange for slower infantry.

But honestly, Nova’s prestige talents being underwhelming is probably down to the fact you can’t improve on perfection. She’s already such an incredibly powerful, fun, and versatile commander that it’s got be hard coming up with anything for her.

Overall, I think the prestige system is a clear win for co-op, but there are some hiccups holding it back from reaching its full potential. By far the biggest issue is that you can’t choose which prestige talents you unlock. You have to do them in order. This sucks if the one talent you really want is the last one on the list. I’ve never been a big Kerrigan fan, but her final prestige talent gives her abilities closer to the build I used for her in the campaign, so I was hoping that might turn things around for me.

But I’m not going to level up a commander I don’t especially like three times just to unlock the playstyle I want. It’s just not happening.

There has been a lot of criticism of this, so I have some hope that it may be changed before too long, but we’ll have to wait and see. 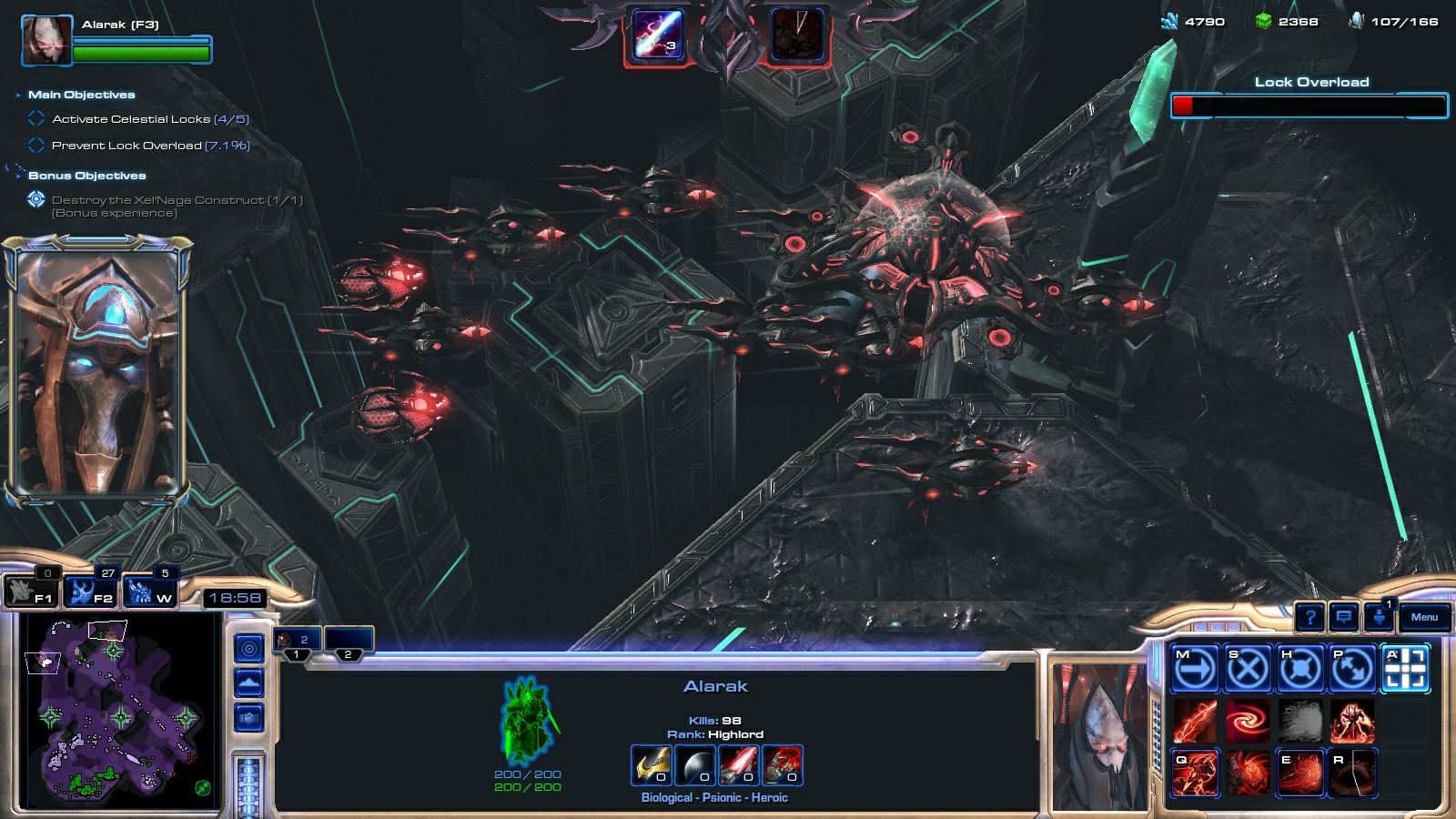 It does also need to be said that earning all these talents is quite a grind. Really, that’s the point. I think we all wanted something to grind. It’s been a while since long-time co-op players had anything interesting to chase. The occasional emoji from Ascension levels is not an exciting reward, to say the least.

But there needs to be a balance. If the grind feels too daunting, people give up, and it defeats the purpose of giving us something new to do. I think it would be best if activating prestige on a commander gave you an XP boost on that commander only until that commander reaches max level again, increasing each time you prestige – maybe a 50% bonus XP the first time you prestige a commander, 100% the second time, and so forth. That keeps the function of giving us something to do without it feeling so tedious.

Finally, while I grant this is a minor issue, it’s surprising there’s no achievements associated with prestige. Feels like an oversight. Given the incredibly short time this update was on the PTR before it released, one does get the feeling patch 5.0 was rushed out the door to coincide with the anniversary. Possibly complications from the pandemic had the team running behind, but that’s just speculation on my part.

Still, rush job or no, and despite some problems, prestige is a good system that breathes much-needed fresh air into StarCraft II‘s co-op mode. Here’s to another ten years. En taro Zeratul!

SEED shares information about the features and focus of this week’s...

September 28, 2022
You are going to send email to
MOVE COMMENT