Rebirth might be one of the smaller rogue servers in the City of Heroes community, particularly compared to the largest batch; according to its own website as I type this on Wednesday morning, only around 25 people are in there right now. But its first major update is a whopper worthy of attention. Readers will recall that Rebirth was the server born from the original City of Heroes Discord and as established in 2019 it was intended to be a version of the game “as the original developers intended for you to experience it” based on the Issue 24 beta, though the devs always had plans to add in more of the content that was under development when the sunset hit.

Indeed, the server’s offerings have expanded quite a bit this week with the launch of Rebirth Issue 1: Guardians Rising. The centerpiece of the release is, of course, the titular Guardian archetype, which combines the Dominator’s Assault powersets with a new secondary powerset type called Composition, which itself has a little bit in common with the original Defender and Tanker sets as they offer protection and support. We’re guessing it plays a bit like the Homecoming Sentinel, but a little more blappery and tanky.

The server is introducing new powersets for the Guardian, too, many of them obviously based on the original sets, but there are some new ones too. They include Gun Fu, Hellfire Assault, Luminous Assault, Mace Assault, Radiation Assault, Umbral Assault, Atmospheric Composition, Dark Composition, Energy Composition, Fiery Composition, Ice Composition, Organic Composition, Pain Focusing, Radiation Composition, Reconstructive Healing, Stone Composition, and Temporal Reaction. Plus, there are new Scrapper and Stalker ancillary power pools, new costume capes and emblems, more gloves and glove combos, Halloween pieces, auction house tweaks, the removal of base rent fees, and other quality-of-life perks. You can check out the whole list in the patch notes and then grab a version of the community build tool that includes all the new sets. 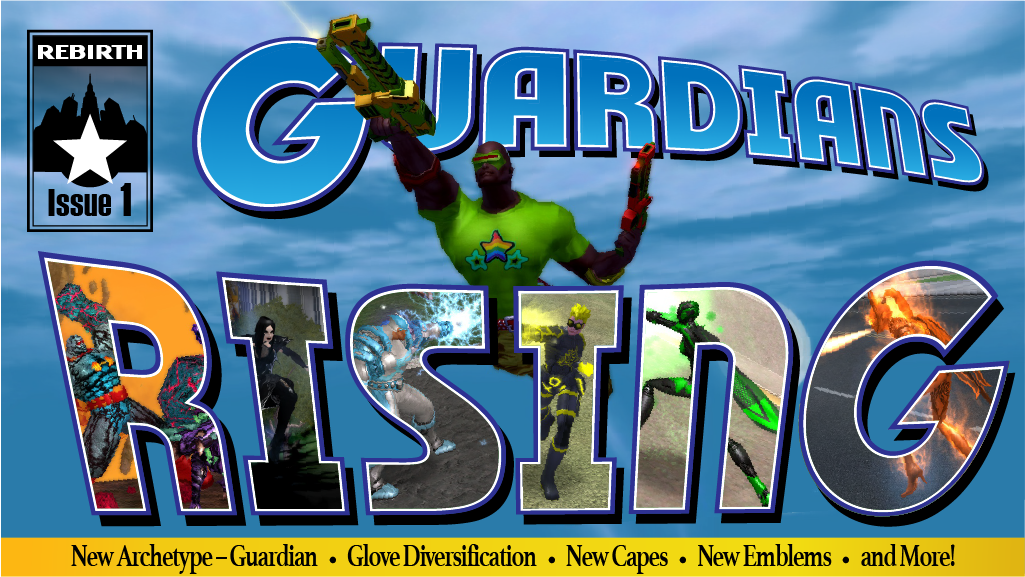 Source: Rebirth forums, Reddit, official site. Thanks, Edge_Case!
Rebirth is just one of many rogue servers for City of Heroes that arose in 2019 following the release of the game’s code into the wild. The are plenty of others to check out if you like your servers with a different flavor. While some community members have been negotiating with NCsoft for some sort of legitimacy for the better part of the last two years, there’s been no public news on that front in 2021, and NCsoft hasn’t taken legal action on the more reputable servers.
Advertisement

I hope those Dominator Assault sets are better than the ones from Homecoming/Live. I have never found one that worked or felt “right” at least for the way I play.

As always, I’m eventually drawn back to City of Heroes. I wonder if any of the projects will ever be able to create completely new animations. Even with the original devs, CoH rehashed many animations for ‘new’ powersets. Regardless, I appreciate the love and attention this community gives to the game.

Much like Kane, City of Heroes lives in death