I’m not going to say I’ve had a great deal of time with the recent PC beta test of Bless Unleashed — that’s why this is called “first impressions” and not “final impressions,” and we don’t do fully final opinions on MMOs anyway. Even so, I feel as if I’ve had enough time in the game to get the general thrust of things, and I don’t think my impressions are too far removed from Eliot’s when he previewed the game at PAX East 2019. In short, this one is pretty decent, especially when compared to the original PC version of Bless Online that was shuttered.

I appreciate that doesn’t sound like glowing praise, so let me try to elaborate. 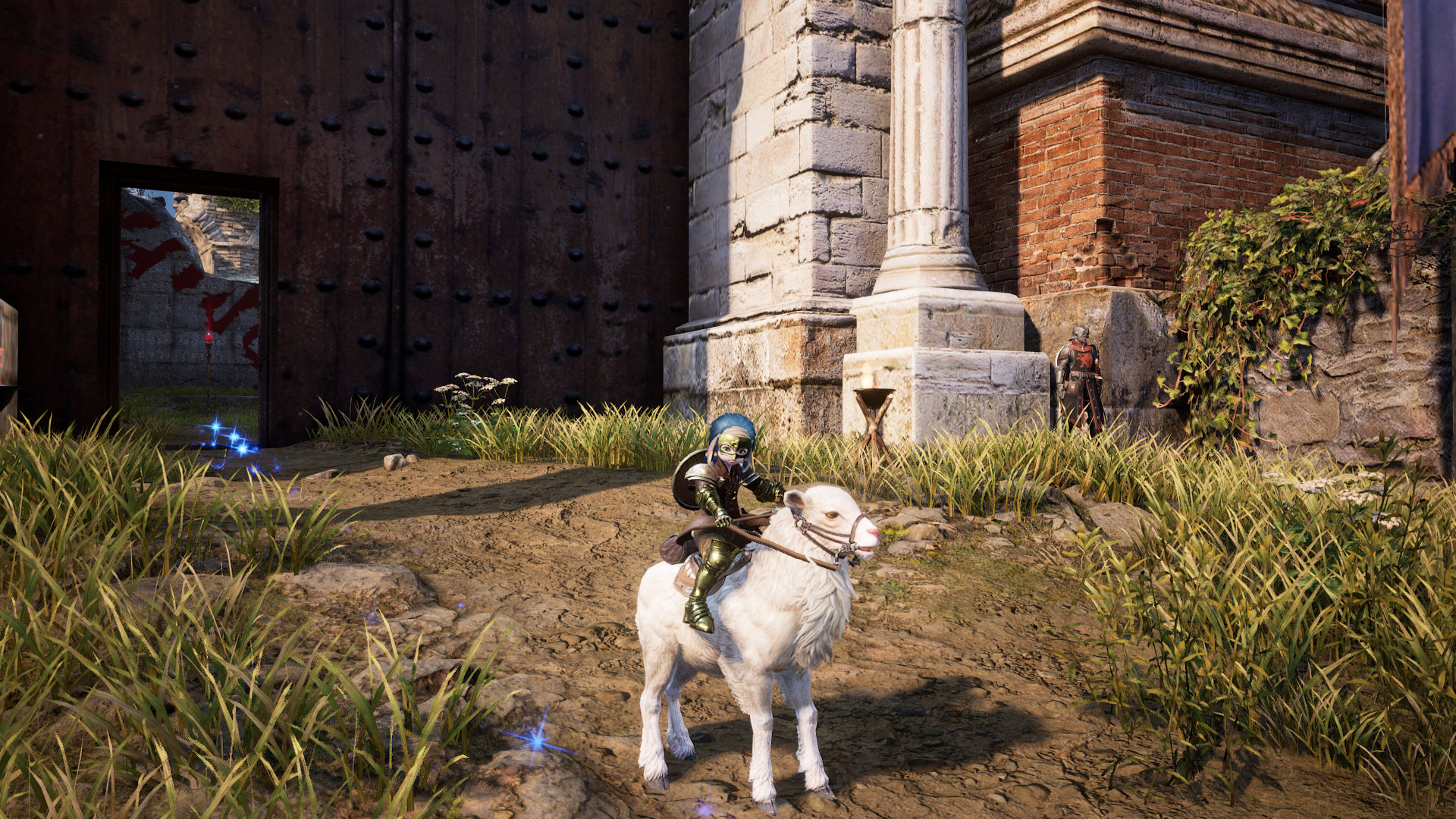 First off, I had a good time in the character creator, faced with a variety of sliders and options as I crafted my Ippin Crusader, resulting in a character that looked like some Dark Crystal/Labyrinth-style Muppet in tanker’s gear. I also found the game’s story to be just a bit more interesting than the original game, as my character saw his idyllic home island come under attack by some guy who can summon demons. Someone in a temple got stabbed to death. Things happened.

I also rather liked the tutorial, which saw my character fight through dream monsters of various difficulties all the way up to a laser-firing cyclops beast, which is very likely what was previewed at PAX. It also was the first full taste of Unleashed’s combat, which is easily the biggest step up for this game versus the original. If I had to summarize combat feel in words, I would describe it as BDO-level bombast with Souls-ish animation lock, dodge mechanics, and potion chugging.

This mostly works when fighting bosses as locking on to a target, unleashing combo attacks or individual skills, and sliding out of danger was the watchword, though with more standard mobs things can feel a bit dicey since most of my attacks could affect multiple targets though the range or shape of the effect was never really explained. I just sort of made best guesses in that case; my stabbing Solar Strike probably hits things in a line, my swiping sword strikes are probably cones. I also rather enjoyed how my tiny little critter could block most attacks with his small shield, though the Crusader felt less like a mitigation tank and more like someone who was a DPSer and occasionally decides to block when I remembered to press the right button. 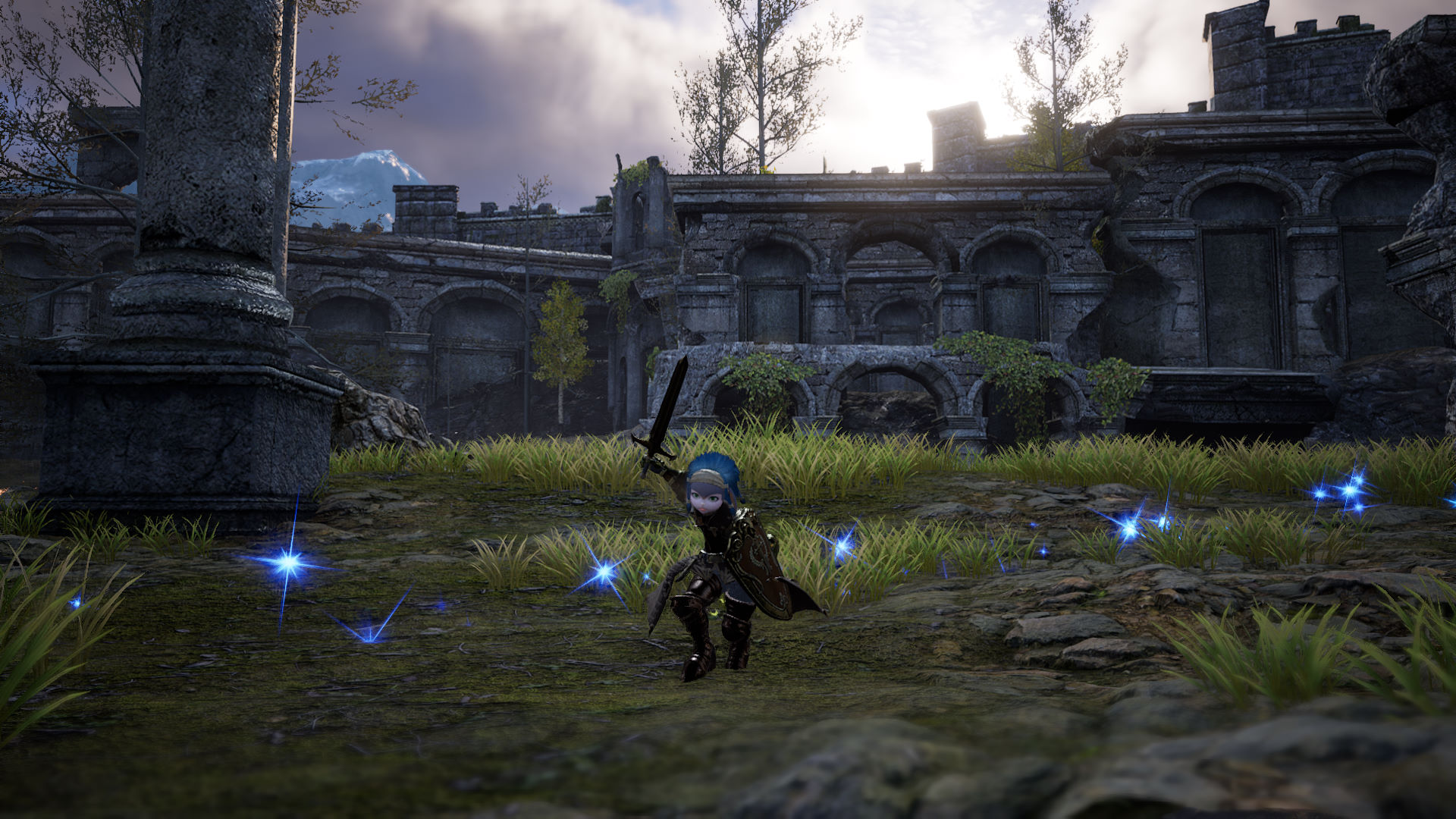 Character progression, meanwhile, holds no major surprises. You level up, earning some latent stat boosts and points that can be spent to either unlock new skills at different levels or boost already unlocked skills. It’s a more streamlined system than what Bless did, making it easier to understand but also a little bit boring, too. Ability customization, then, comes mostly by way of having limited active skill buttons and a long list of skills that can be unlocked as leveling pushes on. It’s not the most creative solution in terms of putting together a build, but it’s serviceable.

Overall, most of my time was spent in typical themepark MMO gameplay fashion as I followed a sparkly breadcrumb trail from location to location, spoke with NPCs, and did the allotted tasks. Now and again there would be a boss monster in the open world to fight, though the one giant beast I did fight mostly had me watching his huge foot since the camera didn’t really scale to his size. Or maybe that was a problem with the short race I elected to roll with; it’s hard to say.

As routine as that all sounds, there were a couple of nice touches that I appreciated as I progressed through the levels. For one, when you get new gear, a little pop-up window often shows up that indicates at-a-glance whether it’s an improvement for your character and allows you to hold a button to immediately equip it. The game also had a nice big open world with bare few loading screens, instead seeing an occasional large “pulse” as I moved from what I can only assume was a specific instance of a given area. I also am a big fan of the Soul Pyre mechanic, which is very similar to the Bonfires of Souls games. These were places of respite that let me heal up automatically, break down unwanted gear, and create food items or share them with others nearby.

I also had a reason to craft items in the game, since the vitally important healing potions could be crafted at certain crafting tables and equipment I could create at a smithing station was actually of some use. There was also some equipment enhancement features that provided some useful little boosts. I’m almost positive that crafting will fall immediately to the wayside at endgame since instanced content will probably be the place to get the best gear, but it was also nice to have a reason to seek out gathering nodes as I trekked along. I just wish those gathering nodes were instanced. Those potions don’t create themselves. 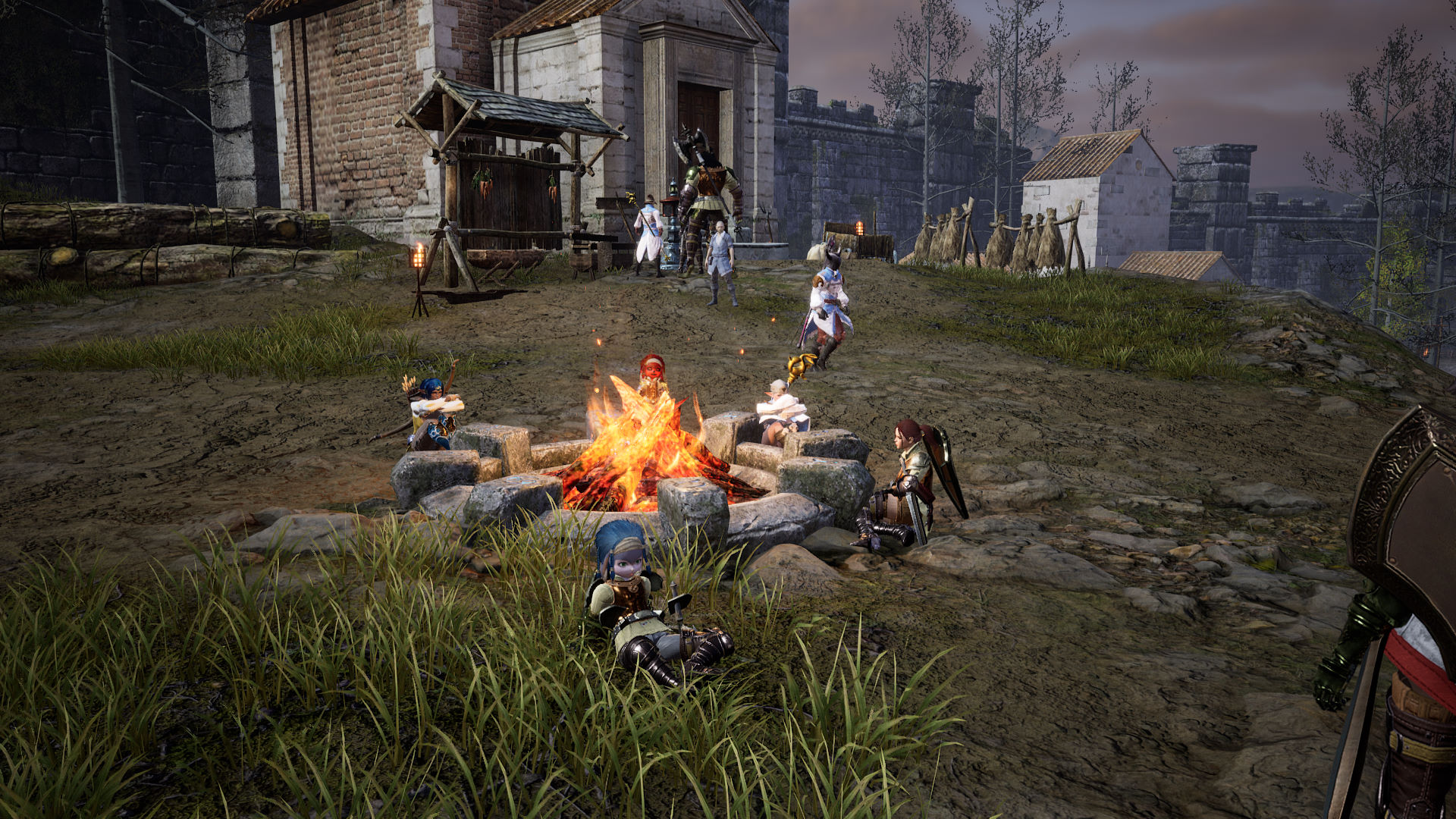 In spite of these good things, there are some negatives I should point out. The game’s controls and menus can often feel very weird and “console port-y” for lack of a better description. The Escape menu has only a few of the features one would expect, while the rest of the functions — including the ability to log out — was hiding in a separate “Options” button on the bottom left. By default, you use spacebar to dodge-roll and ctrl to jump which is freaking weird but is at least remappable. There’s a weird delay in-between combo attacks that feels like an invisible global cooldown at best and punishes you for not hitting a combo attack correctly at worst. I also can’t really speak to what awaits in even the middle levels of the game, as the leveling speed in Unleashed feels a lot slower than in other MMORPGs, though that’s more of a nitpick than a complaint.

I’m not sure there’s a whole lot of reason to wholly recommend Bless Unleashed over other choices. If you were extremely let down by Bless on PC, this definitely feels like an overall improvement to me, but I also know that wasn’t a high bar to clear to begin with. Otherwise, it’s a decent and routine little themepark MMO that doesn’t really buck a lot of trends, and on PC it looks great while feeling a tiny bit weird in some places in terms of controls. I’m honestly not sure what to feel about the game, but I’ll probably be peeking in once in a while when it does release. Maybe.