Have you ever played a game knowing exactly what you’re going to get, only for it to impress you because it did exactly that but just did it so well? Well, that’s Swords of Legends Online (SOLO) for me.

SOLO is by all accounts nothing new in terms of gameplay. But despite that, I found myself absolutely enraptured by the game. And let’s have a moment of silence for my fellow staff members at MassivelyOP because I practically flooded our office chat with videos, screenshots, and endless yammering about how cool this game is and how they should play it, at literally all hours of the night (since we’re in different timezones).

But what’s got me so in love with this upcoming MMO? Let me explain.

Swords of Legends Online is not of the Wuxia genre. It’s considered Xianxia. So don’t listen to anyone that says “it’s another Wuxia game” because it’s not. The Xianxia genre focuses on heroes working toward an ultimate goal: godhood. And quite frankly, that fits quite neatly in the MMO genre. It’s an easy mistake to make, though, since both the Wuxia and Xianxia genre center on China’s mythical past, circa the Tang Dynasty. Whereas Wuxia is rooted in reality, Xianxia prominently features zombies, magic, and magic potions. 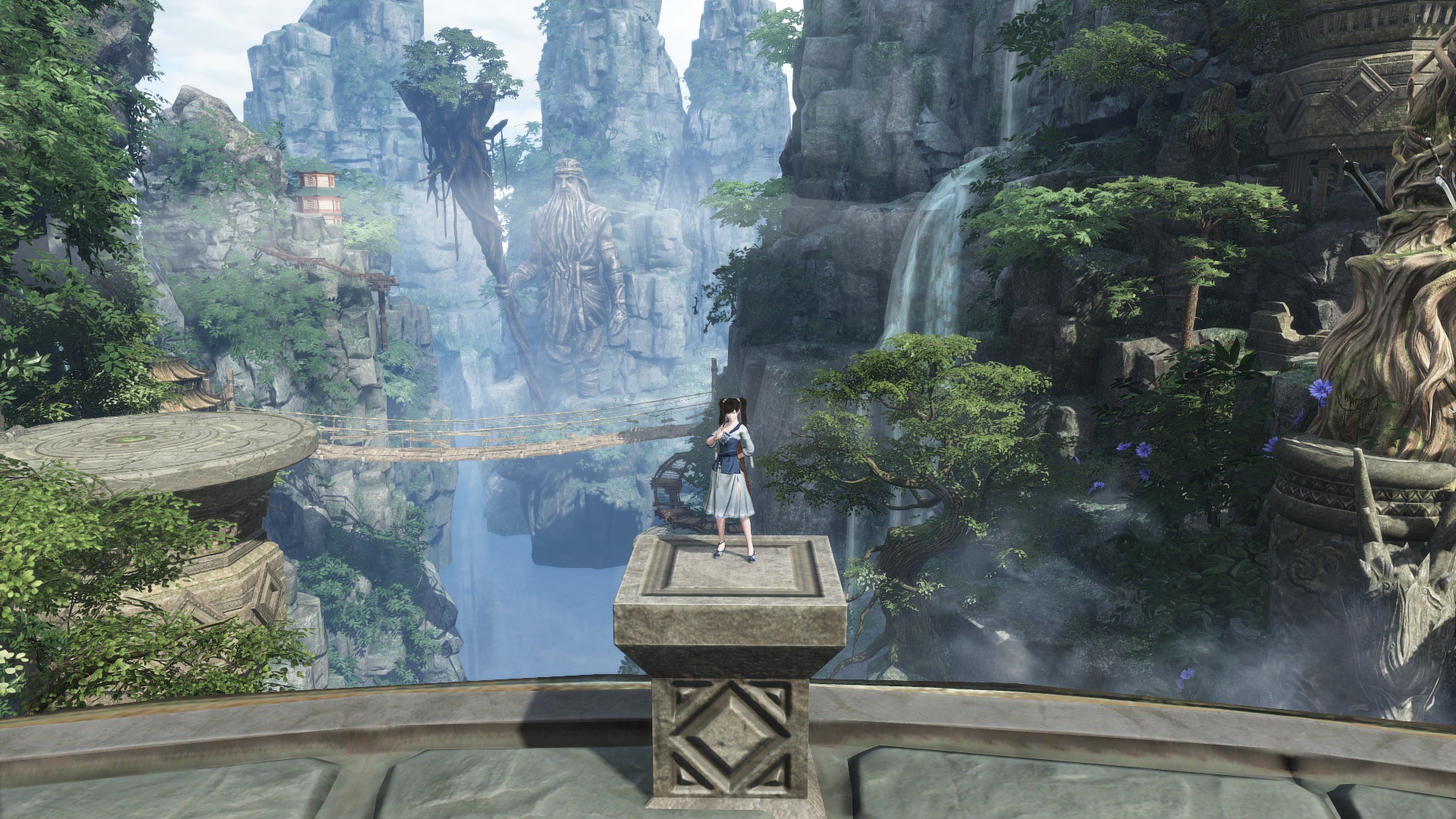 Swords of Legends Online is one leg of the existing GuJian franchise. Roughly translated to “Tales of the Ancient Sword,” it’s a series of action RPGs that’s very popular in China. It flew under the radar here, but Gujian 3, which released in 2018, is actually available on Steam and holds a “very positive” rating. So they’re pretty good games to start with.

It also has a popular television show aptly named Swords of Legend. In fact, the show is so popular that 1% of the Chinese population has actually watched the series. That might not sound much, but since China has such a large population, enrapturing 1% of the population actually makes for an absolutely massive audience and hitting that amount is considered a success. (Which really puts the size of the Chinese market into perspective.) The game itself, then, borrows heavily from the television show.

Our readers will know exactly what to expect from this game. Swords of Legends Online is a buy-to-play MMORPG with a cosmetic cash shop and runs on the Havoc engine. There are rumblings of the game getting an Unreal 4 upgrade, but most of that comes from word-of-mouth as far as I know. And in terms of gameplay, it follows the WoW formula: There’s an open world to explore with quests, dungeons to grind, arena PvP, crafting, the holy trinity, and flying mounts. It features a hybrid of the tab target and action combat styles. I’m not going to waste words on the gameplay. People either love it or hate it.

Given our current MMO landscape, this game has to work extra hard if it’s going to maintain a healthy playerbase longterm. Because of a lack of quality Chinese MMORPG exports and the ginormous pile of mobile MMOs filled with poorly designed cash grabs and pay-to-win structures that we’re faced with, SOLO has a major challenge: convincing a tired and cynical playerbase that this game is worth the time and money. It’s basically a WoW clone in terms of gameplay, and that doesn’t help its case either.

When I first fired up the game, I admit that I thought I also knew how I was going to feel as I played: I thought I was going to be bored out of my mind and log off annoyed at how color-by-numbers the design is. I was expecting a maps filled with invisible walls and linear paths and simple map design to accommodate for some sort of auto travel. I had some really low expectations. I suspected that it wasn’t going to be the game that attracted players but rather the cash shop’s business model.

And it’s a good business model. Cosmetic purchases are account wide, essentially like Guild Wars 2. It goes the extra mile, though, and makes outfits multiple parts, so it’s not just a single outfit. When players buy a $30 outfit, the entire thing will be separated, allowing for players to mix and match. Plus, Gameforge says it will not sell character slots. Any new classes added will give players new character slots. The developers even promised that the cash shop found in the beta is the finalized form and there will be #nochanges.

But cash shops shouldn’t necessarily be the main metric for judging a good MMO. My assumption from that was that the team would focus on that aspect and make it the selling point to hide the fact that this game seemed like a mediocre WoW clone.

Thank goodness I was wrong on all accounts.

Sometimes, what you want is right in front of you

The game changes when players obtain their first flying mount. There isn’t any major addition to the game or anything, but it’s the sheer beauty of this world. There aren’t any invisible walls that will hold players up. This game encourages players to explore the world and enjoy the vistas. There was clearly time spent to ensure that the world was beautiful and deserved to be shown off. And that’s what got me: I got lost in the world.

Depending on the class chosen, players gain access to the equivalent of a class hall. Screenshots don’t do it justice. As a spellsword, I had access to the Sunken Jade Lake. The calming blue lake and glistening crystals with a massive magical sword floating in the air was just an amazing locale to look at. Don’t take my word for it; look at some of the video I captured.

It has been a long time since I actually felt lost in a magical world. And I didn’t know how much I needed it in my life, but it reminded me that I also play MMORPGs to go to a world that isn’t mine. And since this is the first time I’ve played a full-fledged Chinese MMO, I really felt as if I was someplace new and mysterious.

At first I felt that using tab target combat and the standard MMO formula held the game back. But because of the beauty and immersion this game offered, it’s clear that the cash shop and familiar gameplay is meant to get players into the game and taking in the sights. If you have been hankering to play a game that is new but yet familiar, or you’ve just want to feel that sense of exploring something magical and new, then you’re going to want to give the next rounds of beta a shot.

I know I only really spoke about the graphics and cash shop in this preview. But I’ve got so much to love about this game. Next week, we’ll deep-dive the classes (specifically the spellsword), the dungeons, and PvP too.