END_OF_DOCUMENT_TOKEN_TO_BE_REPLACED
Gamigo has pushed the new Bard class to Trove’s PC servers today in what it’s calling the Tune-Up update. Yes, it’s slated for console too, though we don’t have an ETA. The Bard essentially uses fist weapons and lutes to sing and dance and smash its way through combat.

“Our little musician – with his elegant movements – makes his debut just in time for this occasion. His powerful songs will mesmerize us and make us even stronger during our various adventures! Let’s welcome our new character class – the BARD – to our “Trove – Tune Up” update. […] Discover this new, very musical, fast and agile class, which will be of great help to its allies during combat thanks to his songs, and which will defeat its enemies while making the strings of its lute vibrate.”

Worth a note here is that the Bard can’t be purchased outside of a bundle right now; the cheapest bundle includes costumes, wings, and minipets too. That Bard pack is 3500 credits, but if you’re starting with nothing, you’ll be plunking down $19.99 for 3900 credits to make that work. The Bard superpack is $74.99 even and includes some costumes you can’t buy separately at the moment. Alternatively, players can craft the class through the chaos crafter or one of the Bard Packs (class coins and the mega class bundle won’t cut it), though it’s not going to be cheap that route either. Bardium is a newly added tier 5 rare ore resources in Geode caves, if you’re curious. 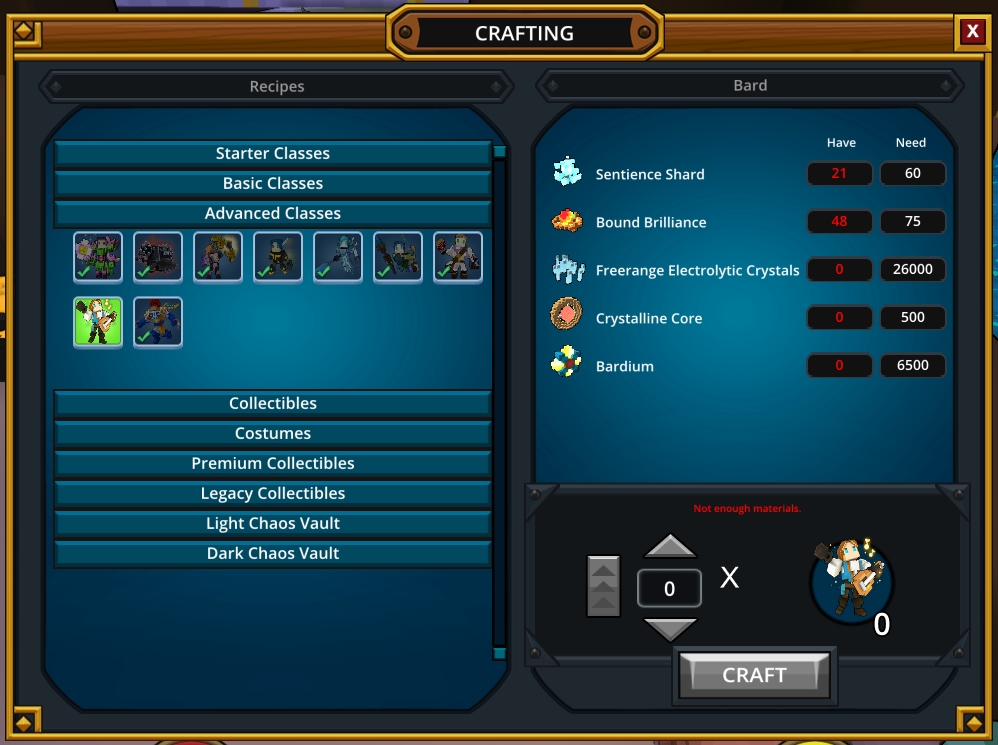 Longtime players will want to check out some of the other new costumes on offer in the cash shop as well, as Gamigo has added several for older classes, not just the new batch of four for the Bard. Um, I kind of want the Corgian Borkbarian costume for my Candy Barb more than the Bard, help?

I played Trove since beta up until Oct. 2019. I was burned out. Its been almost two years, and now with a new class… im thinking its time to jump back in! :)