I’ve been playing a bit more of Magic: Legends lately — might as well enjoy it while I can — and two things have really struck me: Yes, it really is a dumpster fire, and yes, I really do like it. I am going to miss it when it sunsets this fall.

That wistful feeling led me to Magic: The Gathering Arena, a free-to-play digital version of the physical card game. I haven’t played actual Magic since elementary school, but maybe it could at least partially fill the gap left by Magic: Legends?

I’ll say upfront: If you’re a new player who wants to give Magic a try, MtG Arena is easily the best way to do so.

MtG tends to have a pretty harsh barrier to entry. The cards are expensive, and after decades of expansions, the rules are fiendishly complex. It is a steep learning curve to put it mildly. I won’t say Arena completely erases those problems, but it makes a very admirable effort.

Firstly, the fact that it’s free-to-play largely eliminates the financial barrier to entry. You can just download it and start playing. The game is also quite generous with cards off the bat, allowing you to earn multiple pre-constructed decks just by completing initial quests. You can also continue to earn random booster packs (albeit slowly) by playing the game for as long as you play, though of course you can fork over cash to buy them much more quickly.

At first glance, it does seem almost absurdly generous, and it is a good deal, but once you start delving into the deck-building, it does lose a little luster. The reality is the game gives away so many cards because it can afford to. There’s so many to collect that even the hundreds you get from free decks are just a drop in the bucket, and if you’re trying to build a custom deck of your own design, it can still turn into a massive grind or money pit. 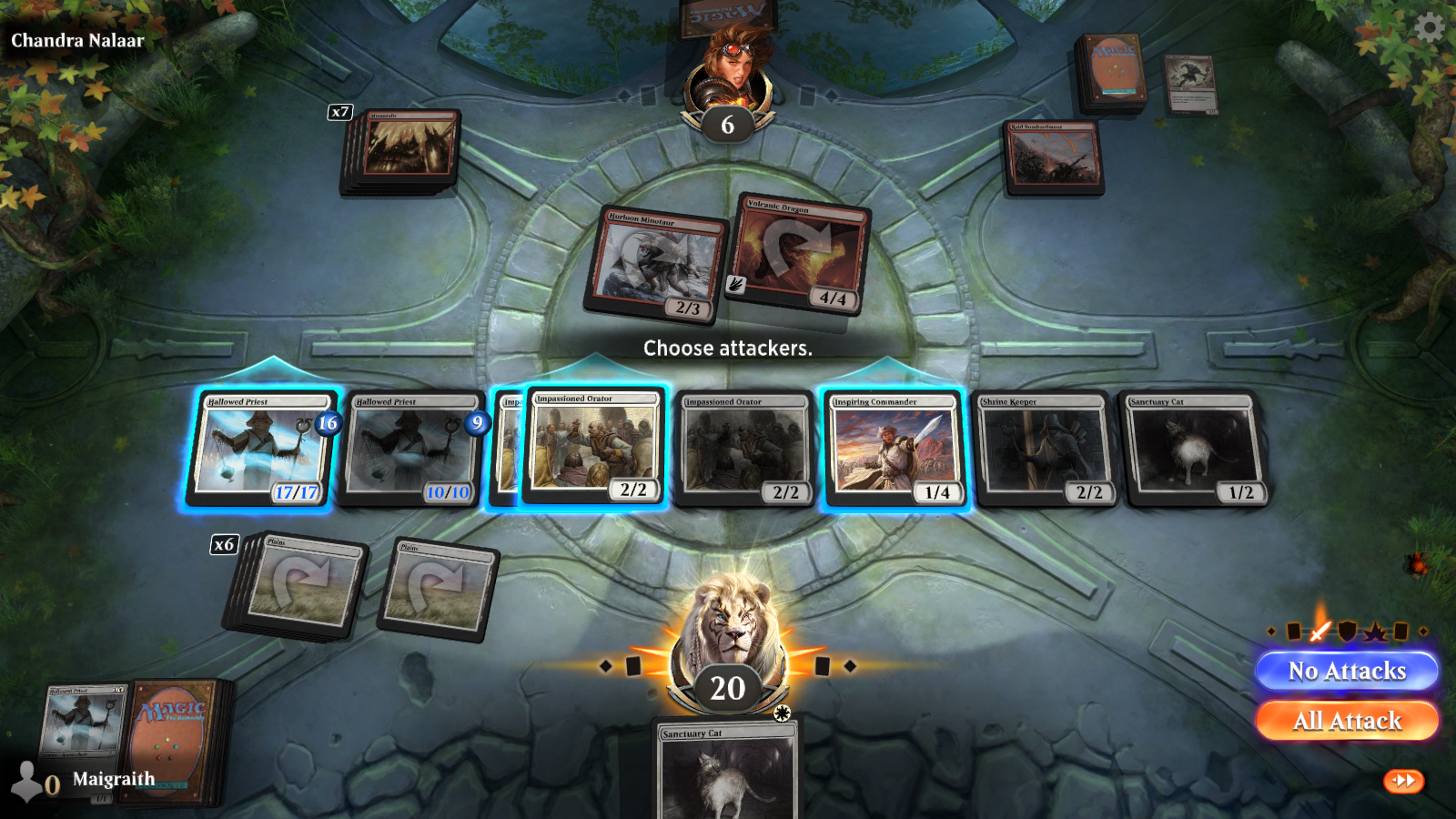 How much of an issue this is depends on your attitude. Me, I’m the stubborn sort; I come up with an idea for a deck I like and don’t give up until I make it work, so for me Arena still felt pretty grindy after the initial rush wore off. But if you just want to play MtG and aren’t enormously fussy about what decks you play, Arena‘s system will work fantastically for you.

Arena also makes a heroic effort at smoothing out the game’s harsh learning curve. To be blunt, I think there’s only so much they can do. It’s a very complex game, and it’s always going to be overwhelming at first. I have a good head for these sorts of things, and even I found it a struggle at times. Even after a few dozen matches, there were some fairly basic mechanics I still struggled to understand.

But the game does everything it can to make it easier, starting with a lengthy tutorial sequence. To follow up on our recent Overthinking on the matter, I’d say Arena is an excellent example of how to do a tutorial well. It takes a while, and it’s very on-rails, but it keeps a good pace of introducing new mechanics, and you’re guided through it by a very charming NPC (Sparky the Planeswalker Spark — seriously), so it doesn’t feel at all like a chore.

The video game format also helps make the game a bit easier to get into. Arena borrows a lot of its UI and presentation from Hearthstone, which is entirely to its benefit. I’m not a huge Hearthstone fan, but it did nail the presentation, so stealing from its kit is a wise move.

The flair of a video game does a lot to make the game feel more intuitive. If you have a card that can be played at the present moment, for instance, it will emit a striking glow. This is especially useful for cards played outside of your turn.

Again, it can still only do so much to streamline an overwhelmingly complex game, but Arena does everything it possibly can to make the newbie experience better. 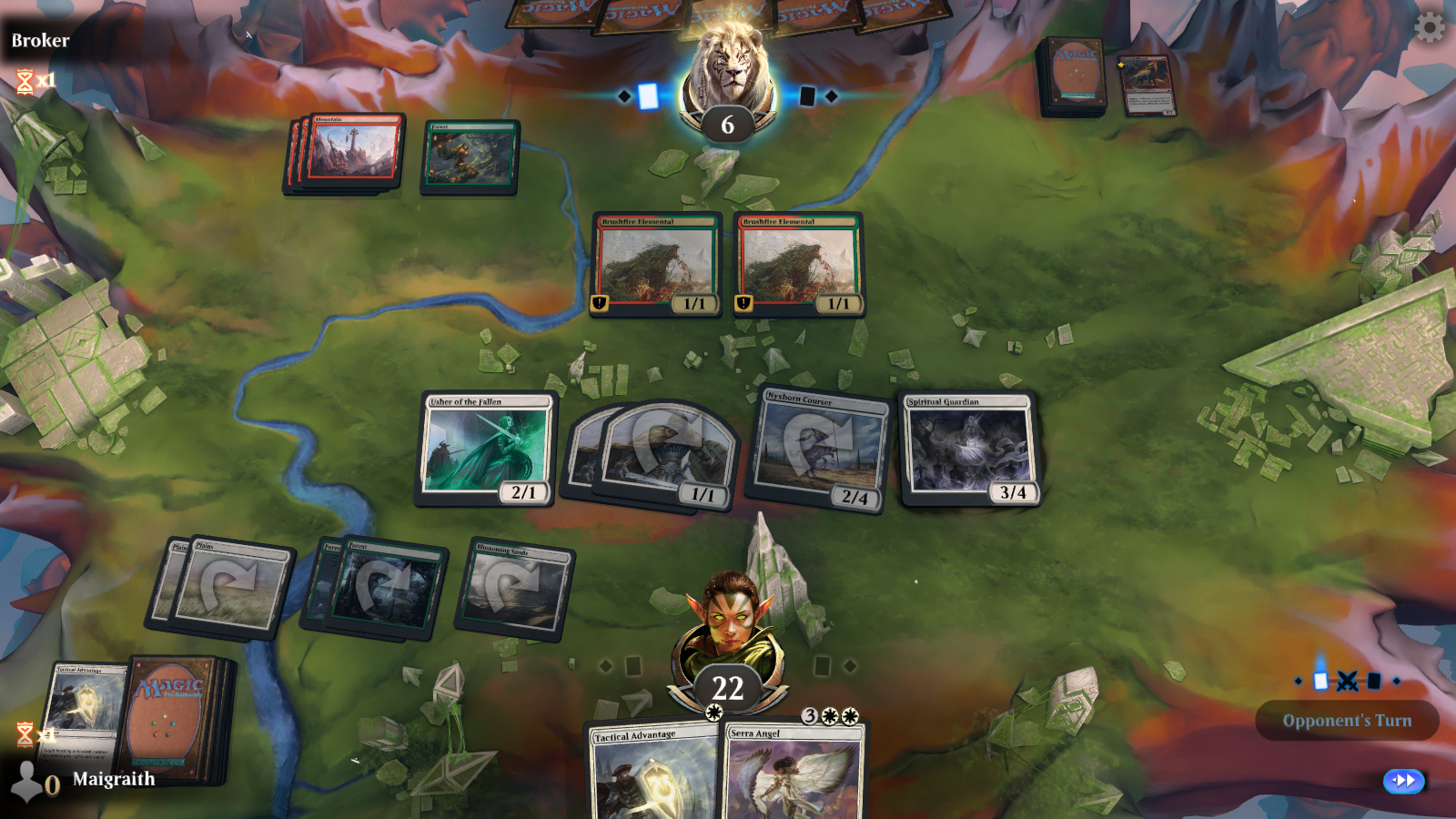 I expected to play a few matches of Arena and then lose interest, but I ended up finding it quite fiendishly addictive. For a few days, it occupied my every moment of free time. I can see why Magic has maintained such a lasting popularity. As fiddly and frustrating as it can be, there’s something so satisfying about it when you start to get the hang of it.

For me, a lot of it is simply the joy of deck-building. It’s the same thing that made me love The Secret World‘s ability wheel. Something about the combos you can build and the nearly infinite possibilities for such just clicks for me.

In the end, I did still end up uninstalling after a few days, but more because I feared how addictive it could be. I know I don’t have the mentality to play competitive games long term, but my love for the decks and combos would keep me coming back long after I started to view the game itself as a chore. I had to cut myself off before it got out of hand.

Even so, I can’t promise I won’t be back. I could use a game to play on my tablet, and it has a mobile version…

So in terms of providing a digital rendition of Magic: The Gathering, Arena has hit the ball out of the park. In some ways it’s better than the physical card game it’s trying to emulate. But can it fill the Magic: Legends shaped hole in my heart?

Sadly, I don’t think it can.

There are two main things I’m really going to miss about Magic: Legends, and unfortunately, Arena can’t replace either.

One is allowing me to actually explore and experience the Magic setting. I’m not a diehard Magic fan, but the more I learn about its lore, the more I want to learn. The need to represent the ethos and aesthetics of each of the five colors of mana forces them to consistently create diverse and compelling settings, creating what seems to be a pretty solid track record of unique and fascinating fantasy settings. 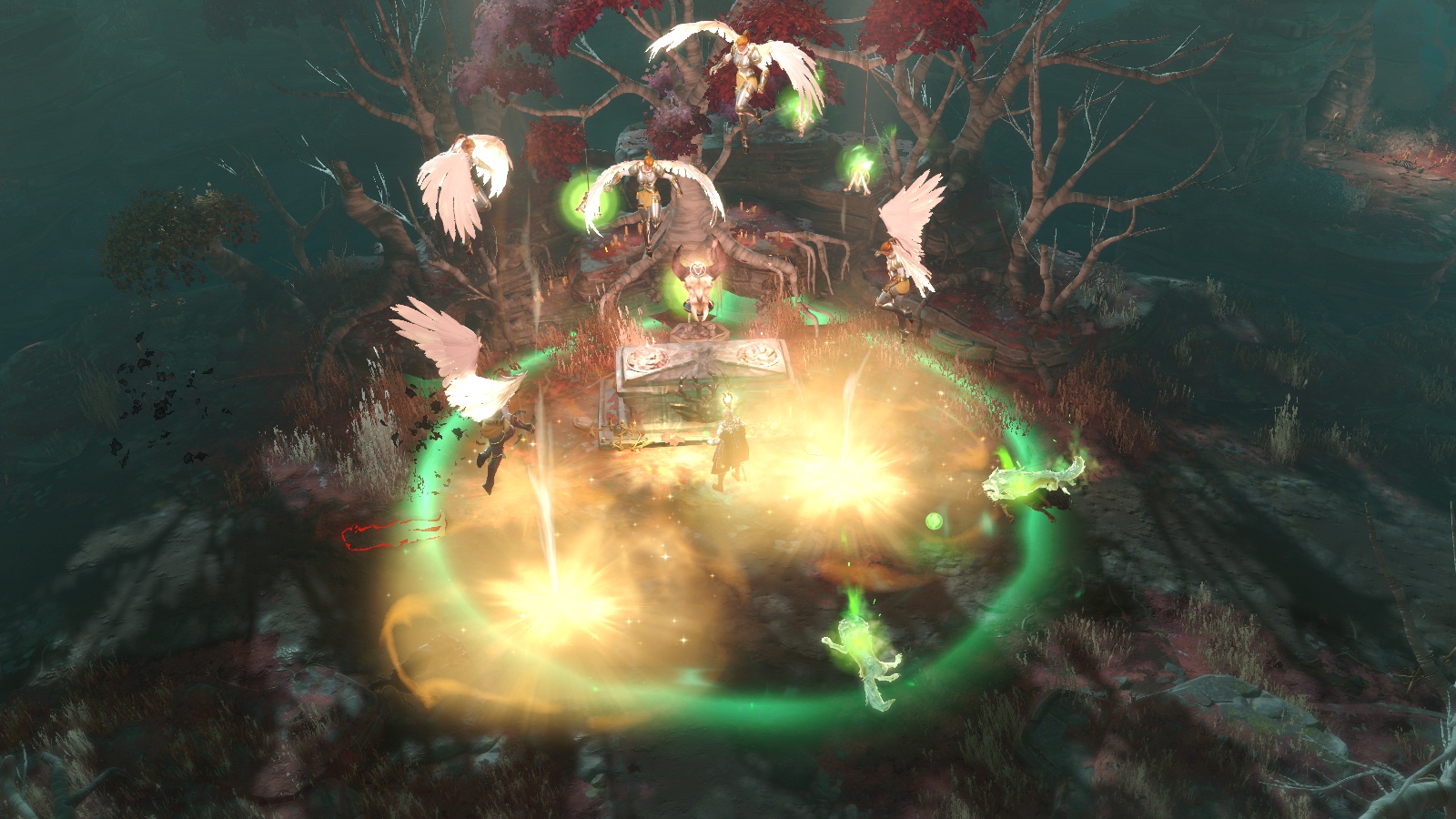 When I look at all that beautiful art on each of the cards, I just want to dive into them and experience those worlds firsthand. While I will grant that ML‘s less than stellar story-telling made it a very imperfect way to do so, at least it was a start, and there was the potential for more.

The other thing Arena can’t provide is intricate deck-building in the format of an action RPG. That was largely unique to ML. Yes, there are other video games with deck-building mechanics, but they tend to be quite abstract. I’m not generally a fan of video games that too closely replicate tabletop gaming. I want a seamless, real-time experience that lets me feel like I’m interacting with the game world directly.

I love the deck-building in Arena, and I’m looking into getting some physical card games with deck-building mechanics, but it just doesn’t scratch the same itch. The mix of deck-building and fast-paced action combat is just the perfect chocolate and vanilla combo for me. I feel as if I’m going to spend a very long time waiting for another game that provides that perfect melding of gameplay flavors the way ML did.