We’re just a few days away from the long-delayed early access launch of tiny MMO Book of Travels; indeed, higher-end backers are already in the early access for the early access, and the last round of backers will get their keys on Sunday. In the meantime, Might and Delight has posted two things of note to its Kickstarter page: backer rewards and a roadmap.

“Skills and items for earlybirds will all be in your knapsack when you set out on day one of Early Access, these are the Lantern of the Early Light, Ring of Cycles, Reveal Day Cycle skill, Call of the Umber Yu skill,” the studio says. “All backers will be equipped with the Cozy Nap skill, and the skill to portal to Travelers’ Meadow and use the Coterie Brew. Secret Cultists will find the Fan of the Hidden already in their knapsack. Spot Flik as she slips in and out of the shadows and also visit Travelers’ Meadow where every blue Night Flower represents a backer.” I think this game just promised us a Cozy Nap, you guys. And that’s not a euphemism for anything.

The roadmap is surprisingly detailed, although it doesn’t have dates or windows for the launches. But it looks as if we’ll see four additional launches before getting out of the “chapter zero” phase and moving on to the real final release. We’re expecting Kasa itself, new skills, child companions, minigames, cooking, music performance, new forms, and several huge chunks of the world unlocked – you can see four of them in the shaded regions on the map itself. 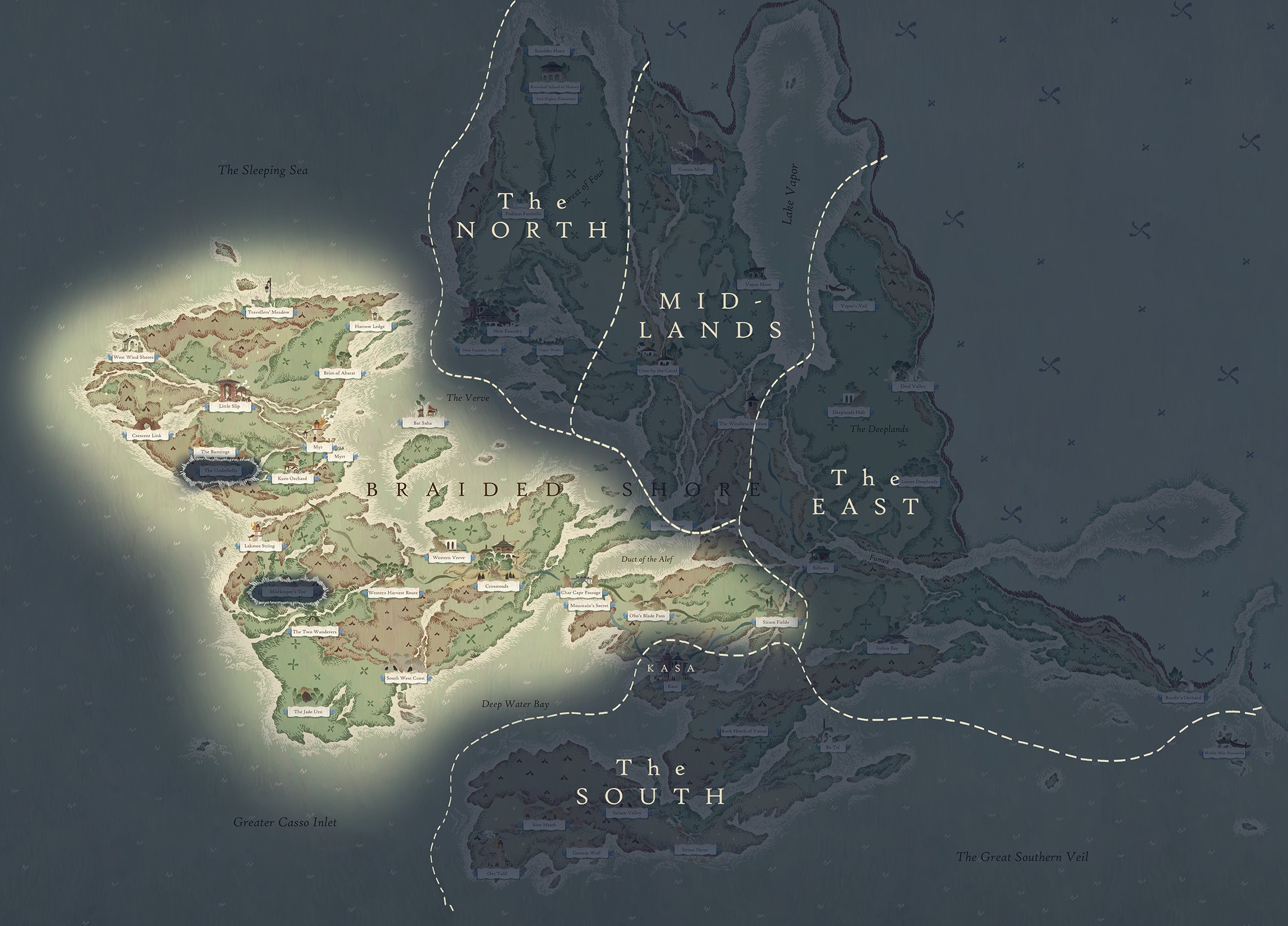