If you’ve been paying any amount of attention to New World, you’ve probably heard of the dreaded “level 30 wall” – the idea that people seem to bounce off the game at around the time they hit level 30. It’s quite real; many members of the Massively OP staff fell prey to it, and I myself have found my motivation flagging once I hit the big 3-0.

But what’s behind it? Why is that so many people seem to fall out of love with the game halfway through the leveling journey? I’ve been thinking on it a lot, and I believe the picture is coming into focus. The exact reasons behind the so-called level 30 wall will probably vary person to person, but for my money, I think it boils down to three primary factors.

Crafting is a huge part of New World, and in my case, it had been my planned endgame. I had hoped to reach self-sufficiency and craft all my own gear — something I also did and enjoyed in The Elder Scrolls Online.

Early on, this felt like a good plan. While crafting took a bit of work, it was pretty doable to keep it on pace with my character levels, and it freed me from RNG, allowing me to get exactly the items and stats I wanted in every slot.

But things slow down significantly as you progress through the game. It becomes increasingly hard to keep your crafting skills up to snuff without major grinding. 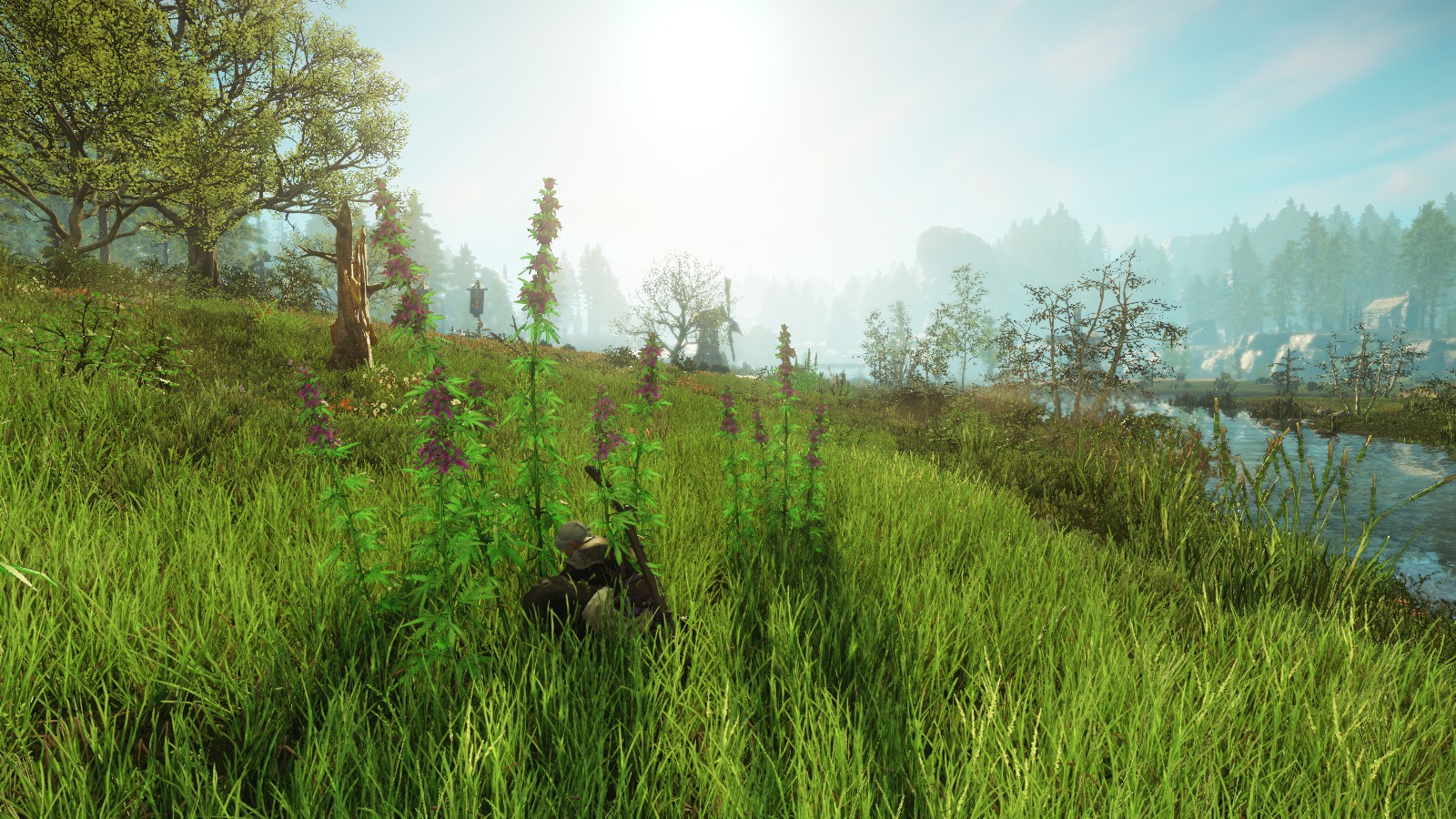 And then Amazon Games introduced the patch that made leveling crafting even slower. The intent behind this was to make higher-level crafting recipes more relevant, and that’s all well good, as it doesn’t feel right when making thousands of low-end trash items is the best way to level. But the XP rewards for higher end recipes weren’t increased nearly enough to compensate for the higher XP needed to level, and now an already considerable grind has been made even worse.

For me, the breaking point came when I spent over two hours grinding for materials, and after spending all of them, I earned only a measly four levels of engineering. Four levels. Out of two hundred. In one skill. And I’m not even level one hundred yet. That would make anyone question how the game is asking us to spending our time.

Since then, my play time has dropped way off. I’m not ready to throw in the towel on the game quite yet, but crafting was a major part of what kept me playing, and now it just doesn’t feel worth the effort. I can keep playing without crafting, but after spending so much time on it, I am demoralized.

I’ve recently been on record as saying that New World‘s story-telling is better than you might think, but the fact remains its questing is not going to win any awards any time soon.

That’s true from the get go, and unfortunately, it gets worse the further in you get. Around level 30, the amount of voice-acting falls off a cliff, and you quickly reach a point where pretty much nothing but the main story is voiced. 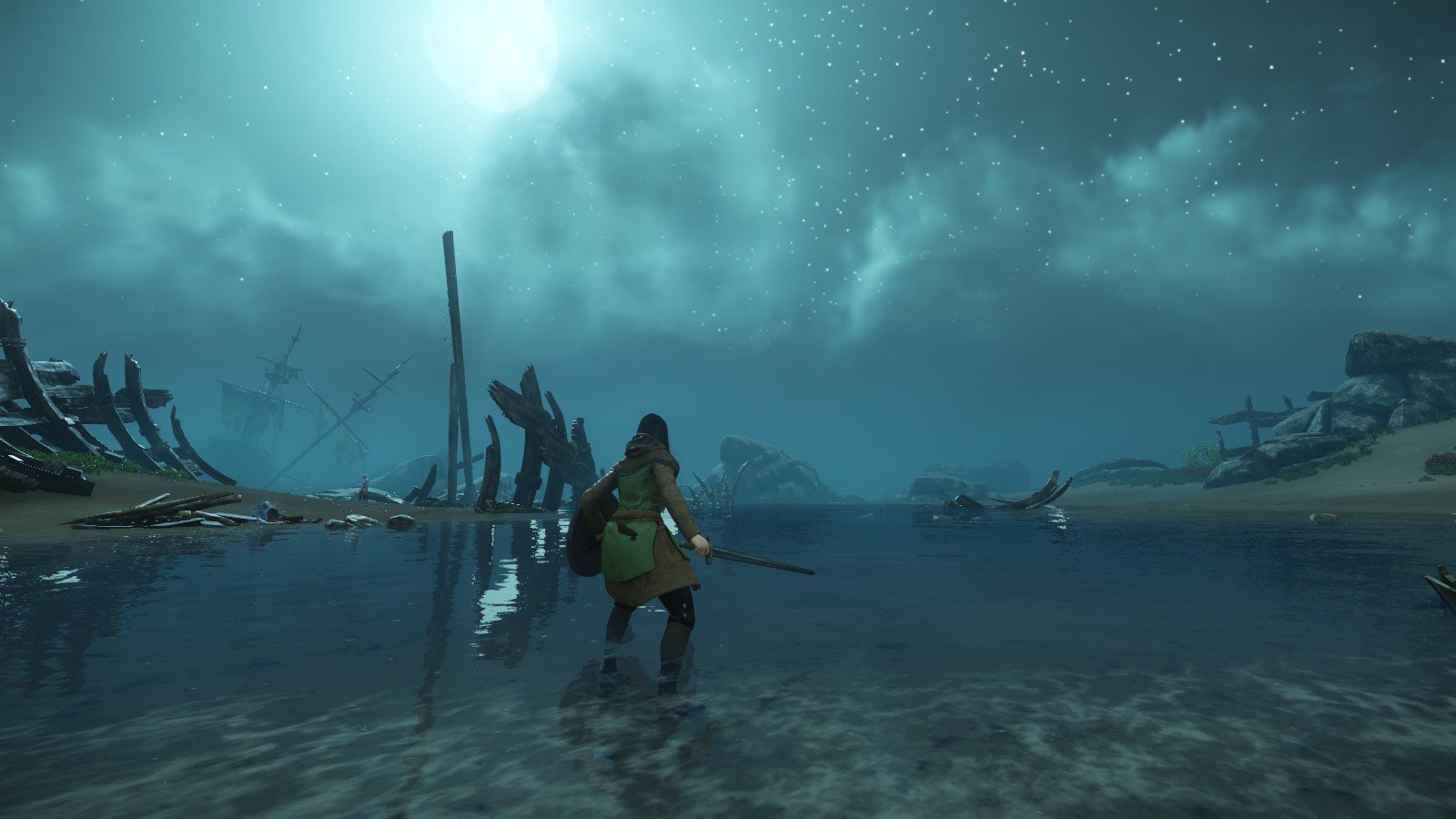 It’s really amazing how much of a difference this makes. Text-only quests used to be industry standard, but these days it feels positively archaic, and it really blows my immersion out of the water, especially when I’d already gotten used to voiced quests earlier in the game.

The voice acting may not have been the best around, but it was enough to give each NPC a bit of personality. It breathed the needed life into what is otherwise a pretty barebones questing experience. Without it, every character I meet feels entirely faceless, and all I’m left is and endless treadmill of “kill ten rats” chores.

To be invested in an MMO, I need to care about its world, and it’s hard to do that when every character is just a soulless block of text.

When I first tried New World‘s alpha back in 2020, I said its combat could be the new gold standard for the MMO genre. I’m not feeling quite as enthusiastic about it these days. Partly that’s due to getting farther into the game, but it’s also due to the simple fact the combat we have now is not the combat we had then.

You may have noticed that any time a mob hits you in New World, your character staggers under the blow, potentially interrupting your attacks. Back in alpha, that went both ways. Player hits also staggered their targets.

Unfortunately, this led to some extreme balance issues, especially around weapons with a fast attack speed, like the hatchet. It became possible for some players to effectively stunlock their opponents simply by spamming their basic attacks. This was problematic enough in PvE, but in PvP it was downright game-breaking. No one enjoys being pinned down so hard you can’t even fight back. 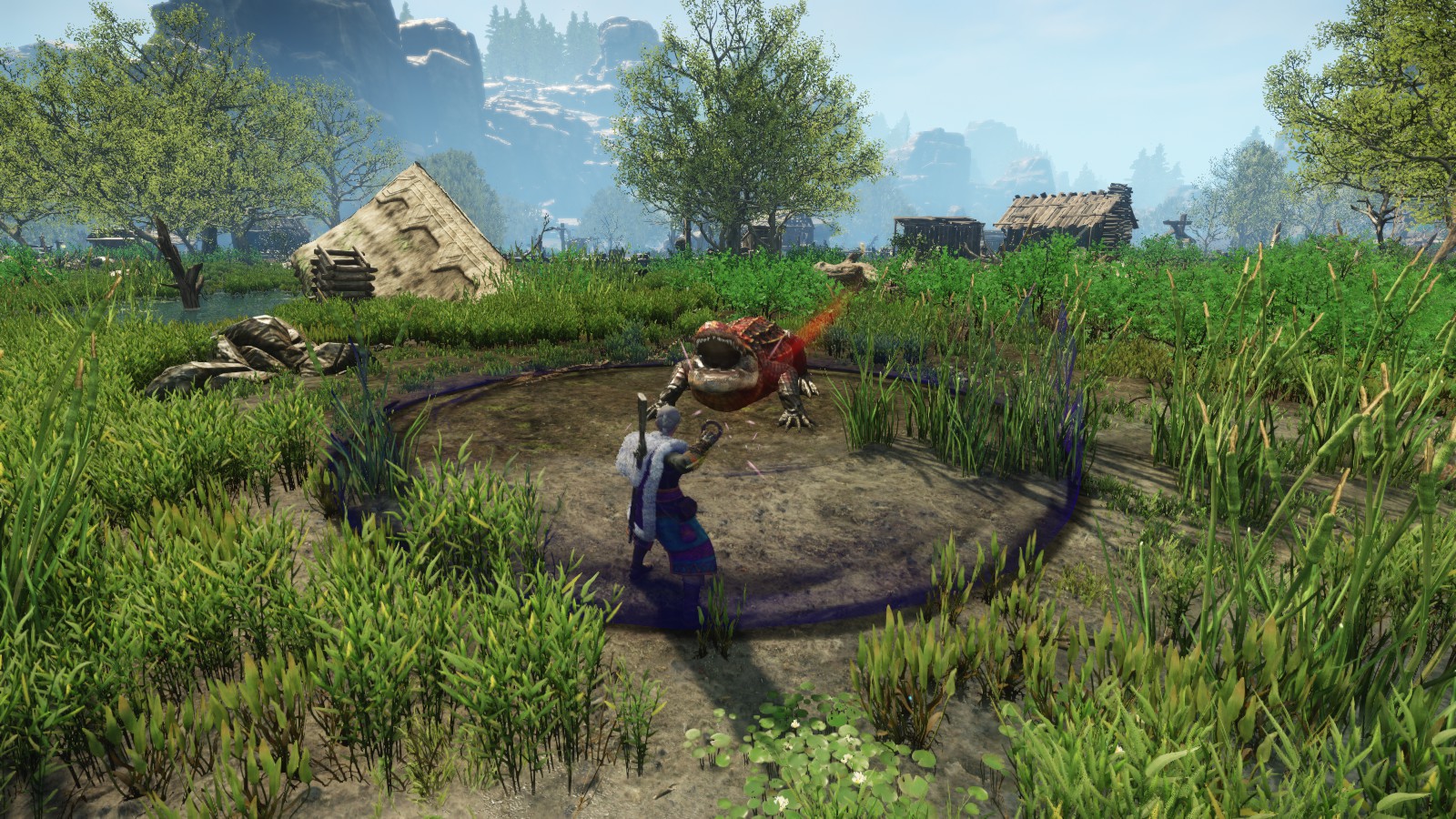 So stagger was removed from all player attacks, but as with the crafting changes mentioned above, it felt like a harmful over-correction when Amazon could have found more moderate solutions, like a diminishing returns system. At first it seemed like a subtle change, but over time I’ve come to realize it threw off the formula that made combat in New World feel so good.

New World‘s combat is much more tactical than in other action MMOs. You don’t want to constantly spam your attacks; you want to focus on blocking and dodging and then weaving your attacks into those moments when your enemy lets his guard down.

In the old system, you were rewarded for good timing not just by damaging your enemies but by sending them reeling, even for if just for a moment. It granted you a reprieve from their assault so you could press your own attack.

Right now, we’re basically playing with only half the combat system functioning. Amazon removed the carrot but kept the stick. Now we’re just as pressed to block and dodge every hit, but we have no way to carve out any breathing space with our own attacks.

It also doesn’t help that blocking or dodging aren’t always as responsive as they should be. It would help if the game gave those actions a higher priority, with more ability to interrupt your own attacks in order to get in a clutch block.

And it gets worse the higher level you get, with a major shift visible around the level thirty mark. Enemies develop more complex attack patterns, deliver more powerful attacks that often knock your character back or down, and start coming in much denser packs, often leaving you facing multiple enemies at once. Blocking every hit is doable against one enemy, but much harder against a swarm. 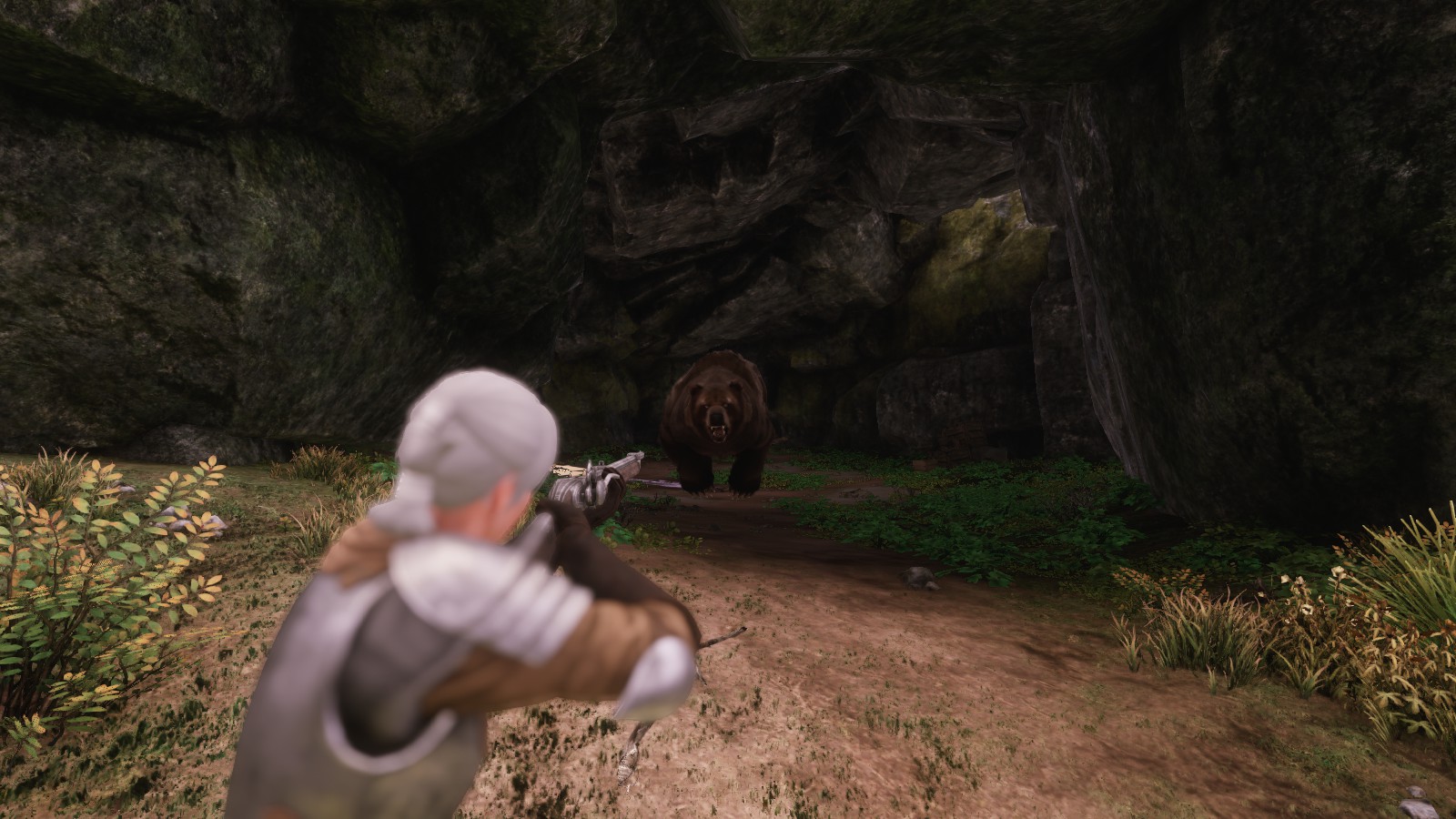 This would have been a harsh transition even if we could still stagger enemies, and without stagger, it feels much too punishing. We need enemies to stagger us less, or we need some way to fight back. It’s a matter not of difficulty but of smooth gameplay. I can still win every fight I get into, but it just doesn’t feel good to spend so much of it being slapped around, interrupted, and run over, with too few options for counterplay.

The “level 30 wall” isn’t one single issue but a confluence of different design flaws and polish issues that all start to coming to a head around the same time – the proverbial death by a thousand cuts. Even if one doesn’t affect you, the others probably will. Given that, I’m not surprised so many people seem to fall out of love with the game around the same time.

I tend to be an optimist about the potential of games to evolve, so I do believe these are issues that can be solved, but I must regretfully admit it won’t be quick or easy. There’s too many things that need fixing, and with the possible exception of the crafting grind (which pretty much just needs numbers tweaks), they’re not the sort of thing that can be solved with simple fixes.

The devs are working on improving quest variety, but I think voice acting also needs to be added to the quests that lack it to bring back the immersion the game loses at higher levels, and all that takes significant time and resources.

The combat issues require significant rebalances across the entire game. The simplest solution would be to simply nerf the staggering effects of higher-level enemies, and that might be enough on its own, but I think more fundamental changes may be required to truly recapture the joy combat held in alpha.

Again, these things can be done. But it’s not going to happen in one quick patch. 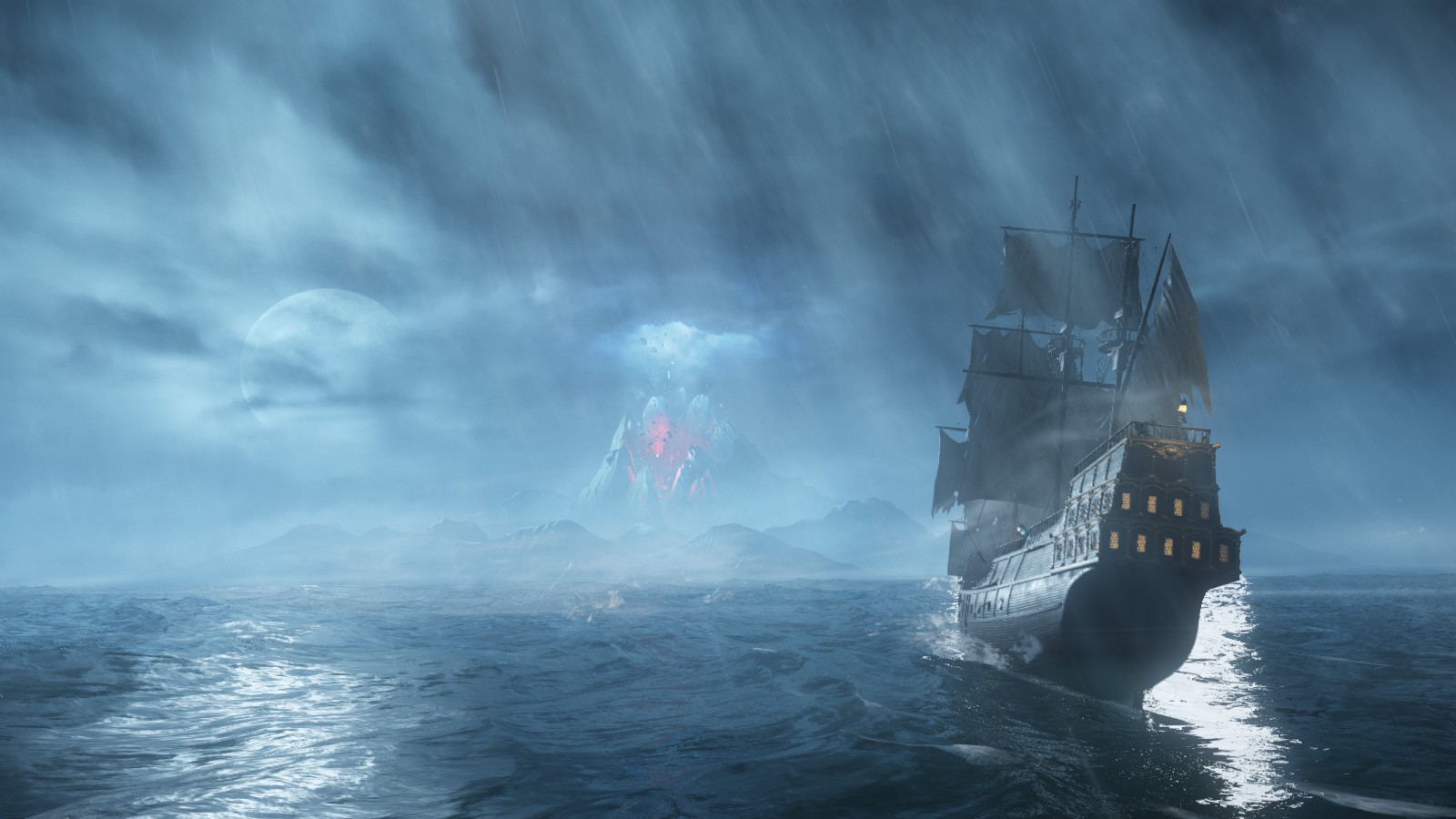 The one upside is that it doesn’t need to be done all at once. The problems can be tackled gradually. If the developers can tear down the level 30 wall one brick at a time, eventually it will cease to be an issue at all. We just need Amazon Games to begin making the necessary steps.