ArcheAge is down for maintenance this morning, but don’t get too excited, as the patch notes reiterate that complete halt to the entire unlock schedule for the fresh start servers. What is in the patch is a reduction in requirements for Exile, a level nerf for accessing housing storage, and the launch of the Zodiac festival.

Kakao has also revamped the way ArcheAge Unchained’s free trial accounts work as of this morning’s update, making it significantly harder for trial accounts to do… well, anything legitimate, but clearly the goal here was to stop illegitimate activities too. 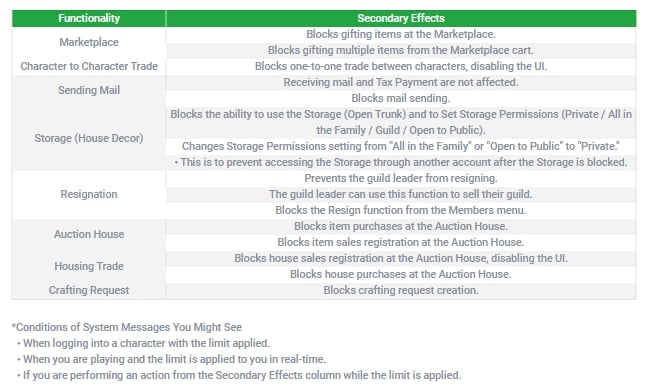 Kakao also announced today that it’s banned another 273 accounts for exploits, RMT, and speedhacking, in addition to a week-long ban for 282 accounts otherwise involved in exploits. “We are taking a tough stance on exploitation and wish to remind you that if something feels unintended, it’s safer not to get involved if you wish to protect your account,” the team writes.

We spoke to the Kakao and XLGAMES team ahead of the holidays about their plans for the game under Kakao’s banner; you can read more in that interview right here.