It’s been a little over half a year since New World officially launched, and in that time we’ve seen a fair number of changes made to the game. I figure it’s had enough time to really bake and allow the flavors to settle in, so I returned to the game this spring, having previously quit out of pure boredom.

Generally, I can log into a game and turn off my brain and still have a great time. Initially, everything in New World had that new-car smell. The animations are vivid and detailed. The combat is rather intense and requires a fair amount of attention. Everything simply clicked so well at first.

But then the luster faded. I felt like each night I was logging in and performing mundane tasks to level but without being able to completely zone out due to the combat. I noticed that I was no longer gaining a couple levels or more each night. Instead, I wasn’t even gaining half a level’s worth of experience. So one night I logged out and just… didn’t log back in.

And now I’m back.

The lack of PvP in the game is inexcusable

Truth be told, as a PvP-centric gamer, I mostly play PvE in MMOs to get a better feel for skills and their interactions with one another. In fact, while I enjoy the story quests in some games, I’m really just learning how to play in a no-pressure way. One of the things that turns me off from a game quicker than anything is joining a match and getting smoked non-stop for hours. It’s an absolutely miserable experience. So I like playing PvE quests to learn the game because they are so easy.

Where I am going with this is that while I want to play PvE for some downtime gaming, I’m really here for the PvP. With a game like New World that was originally built and pitched as a PvP survival box, I really expected there to be, you know, good PvP, and lots of it.

So where is it? Unfortunately, it’s now packed into the endgame.

I think it’s an utter shame that Amazon Games pulled so far back on PvP that despite nearly 60 hours of playtime, I’ve had only one PvP experience to date. That singular moment was exactly what you expect it to be: my sweet baby level 10 character completing quests with his flag on being suddenly ganked not by a similarly leveled toon but by a high-level player. This isn’t the good PvP I came for; this is just a waste of time.

I don’t say all this to downplay Amazon’s pre-launch decision to switch the game’s focus from PvP survival to a more traditional mixed PvE and PvP game. I still stand by what I said when the decision was initially made. That change in game format was a good idea. However, the implementation of that switch is still seriously lacking.

Most players don’t want to be on edge at all times. They don’t want to play for hours only to have all that they’ve built and earned lost in a moment’s breath, so they tend to avoid MMOs where that’s possible. I understand all that. But I do want to PvP. I want to have fights, out in the world, just not at the cost of my time spent in the game. An MMO doesn’t have to sit all the way at one end of the spectrum or the other; it doesn’t have to be all newbie ganking or all safe battlegrounds. There really is a middle ground, but the developers of New World are either unwilling to do it or incapable of designing it.

I’ve criticized Lost Ark for essentially hiding a capable and respectable PvP arena system behind an 11-hour tutorial. Fortunately, my leveling speed has improved somewhat, likely since I have so much rested bonus XP. Judging by my current trajectory of a level per hour, I’m guessing I’ve still got about 20 hours to play before I’m at the level cap. So we’re looking at about 80 hours of the same kind of tutorial with New World before you get PvP that isn’t just pointless lowbie ganking. That’s insane.

We’re seven months past New World’s launch. I’m 60 hours deep into the game. Yet I haven’t touched the War system once. Not once! The most I’ve learned about Wars and how they function came from Eliot’s preview nearly two years ago. What sense does it make to lock out one of a game’s supposed best and unique features from your average player who isn’t yet at endgame? How are people who are still leveling their way through the game supposed to see how much fun they could be having if they stuck with it? 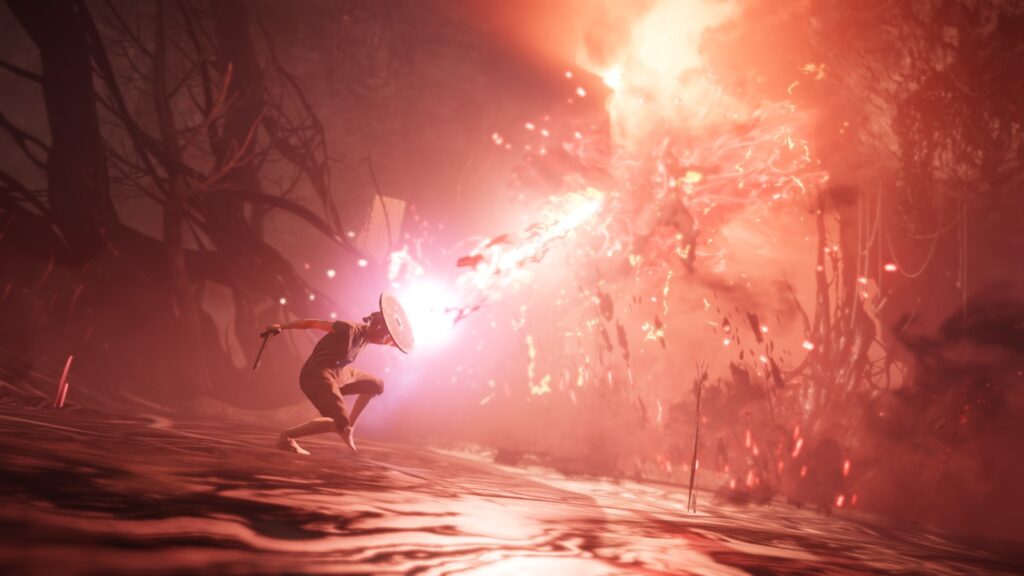 I can understand players who argue that guilds need something unique that makes them feel special. That’s fine. You can have control of these towns or whatever it is you get from a War. That shouldn’t mean there isn’t some way to get average PvPers or even PvEers in to enjoy the content. Guild Wars 2’s WvW has plenty of issues, but exclusivity isn’t one of them. I can always log in and begin to take part in a battle. We joined factions in New World for a reason, but so far that hasn’t affected my gameplay at all yet.

During the preview event, I thought Outpost Rush might actually be the key to PvP for me in New World. Here was a smaller team competition that players could queue up for and earn various rewards. It has all kinds of contribution methods that reminded me of WvW. But Amazon went and locked it up for endgame players only, which means PvPers have to grind their way through a PvE sandbox to just to get to it.

Almost as if someone at Amazon Games can hear the cries of the sad and lonely PvPers who are begging for a reason to play this game, the studio announced that New World will get arenas soon. They’re currently on the public test server, which I don’t mess with cause ain’t nobody got time for that. From the studio’s post, however, it does sound like it might be the remedy I need to get me through this game.

The arenas will be 3v3 best-of-five matches with queues open for players level 20 and up. This still isn’t as great as my darling Random Arenas from the original Guild Wars, but it might do the trick. It really depends on how it’s handled: If player skills and levels are normalized, then we are on the right track. If not, then it’s going to be highly dependent on the matchmaking system. This, let’s be honest, always sucks in MMOs.

However, the best bit of the arenas update is that it will include an experience reward track. So assuming the experience isn’t nominal and players can level up about as quickly with the track as PvE players, I think this could be really great. Only time – and the move from test to live – will tell. 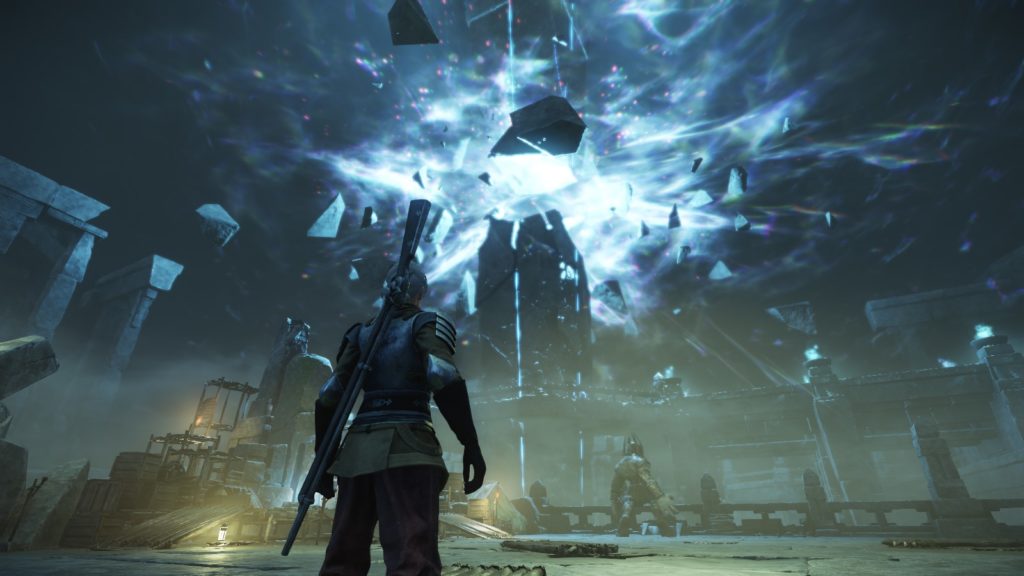 I want to emphasize that I’m not against endgame-focused PvP in a general sense. My complaint here is specifically PvP being designed around only a certain subset of players (guilds) and being locked behind a huge time gate (leveling up). Players are here to play your game! Try to open it up so more of them can experience what you designed. Don’t be so focused on your bubble and how you expect everyone else to play that you lock out the larger community of gamers that could support you. Hopefully arenas will be a small step in the right direction.