If you’re not still grumpy about the whole “mini-expansion” thing, then heads-up because Standing Stone Games has just opened up preorders for Lord of the Rings Online’s Before the Shadow.

As previously teased, Before the Shadow includes the new 1-to-32 leveling experience and books for newbies, the Swanfleet and Cardolan regions, a new six-person dungeon, a new skirmish, rotating daily and weekly missions, and the delving system for endgamers.

The basic version is $19.99, but if you shell out closer to 60 or 100 bucks, SSG is promising tons of extras, including character slots, cosmetics, pets, mounts, bank storage, carry-alls, titles, emotes, boosters, shared storage, a housing teleporter, and more.

There’s one thing not expressly mentioned in the announcement post, and that’s when Before the Shadow launches, though according to the expansion caveats, it’s slated for November 9th, 2022, with December 9th pegged for the release of expansion goodies in case of a delay. The FAQ further clarifies that the mini-expansion won’t be buyable for LOTRO points until March of 2023 (1995 points for the standard version at that time). [Update: SSG now has a preview site up, and it also has the November 9th date.]

Worth a final note: VIP subscribers are getting a 10% discount on the deal. 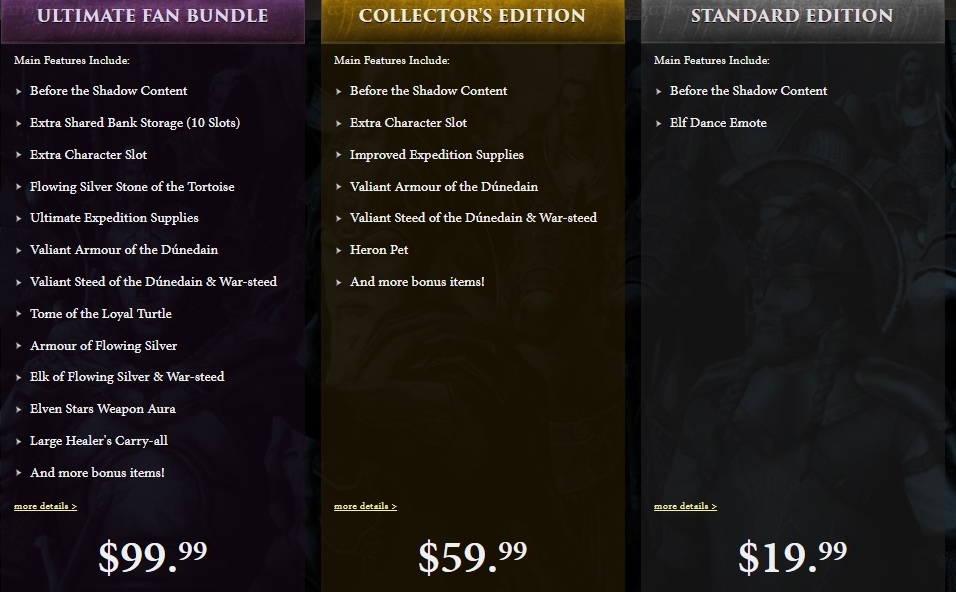