Last week in Choose My Adventure, Nightfall proved to be the more suitable starting experience for classic Guild Wars. This week, the Dervish won out in the voting and also turned out to be the suitable class for my playstyle, meaning that the pieces of this game that previously felt disjointed and scattered are finally falling in to place for me.

So yes, I’m happy to report that this game is now finally feeling more stable. But I also have to admit that stability has made things a wee bit boring, funnily enough. 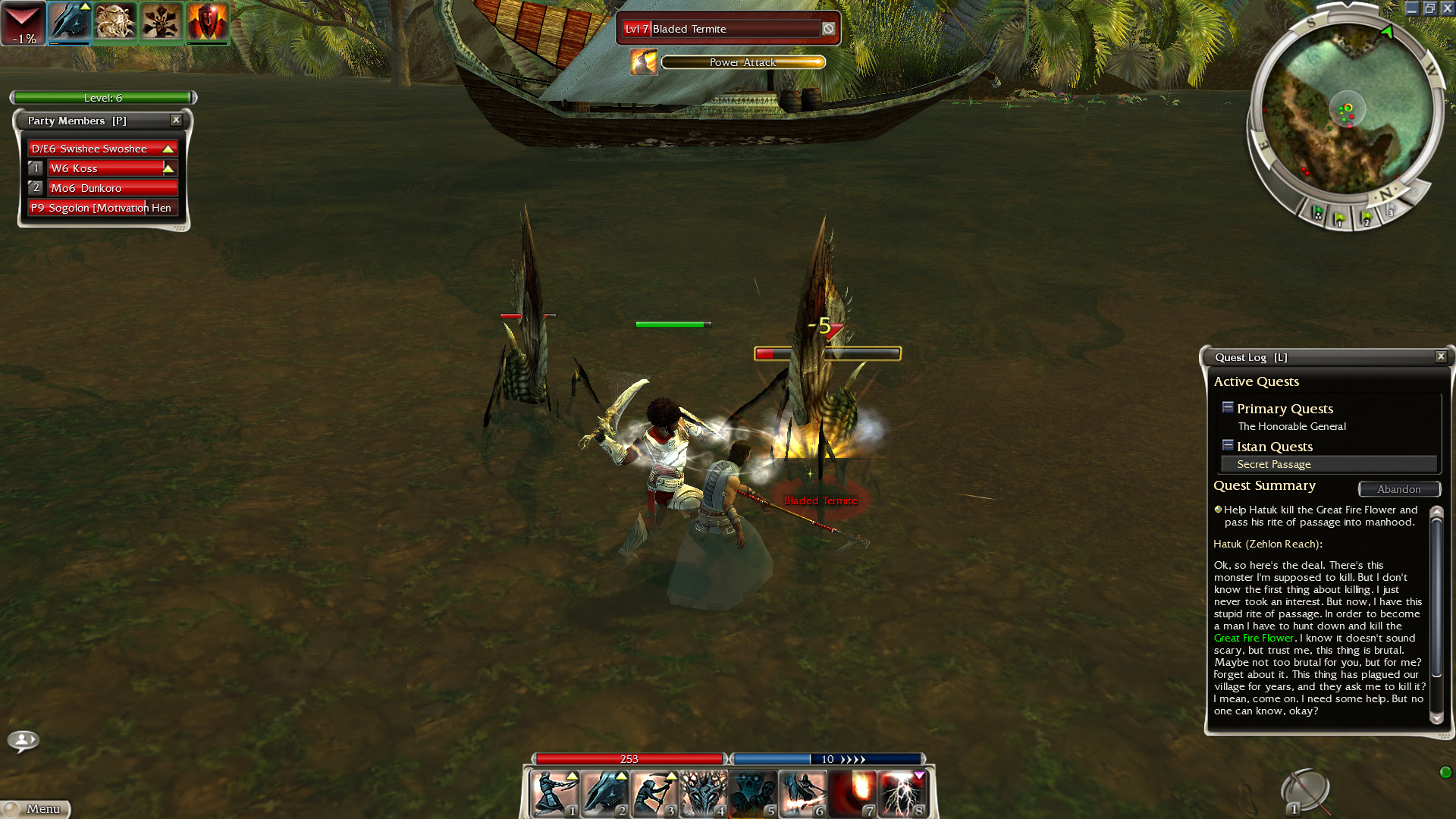 I’ll elaborate on that feeling in a bit, but first let me report my experiences. As I mentioned before, I remember enjoying the Dervish class, but I also have to admit that I do not recall a single thing about it either. The thrust of how it operates wasn’t too hard to sort out, however: Apply self-buffs, spend them on a bigger hitting skill, and basically use my scythe to try to carve up as many foes at once as I possibly can. It’s not too dissimilar from other earn and burn classes I’ve played in other MMORPGs, but the fact that you can sacrifice self-benefits is an intriguing wrinkle.

This skillset soon got more comfortable as I considered buff timings and appropriate buttons to press, leaving me to carve up a pretty tasty swath. Admittedly, grouping enemies together is a bit of a pain in the ass, but when the planets aligned, the Dervish felt good.

Better still, I had a skill that caused damage to foes that tried to move, meaning I finally had a button that let me stop enemies from running around and chasing my followers so they could hurry up and die instead of forcing me to watch a Benny Hill chase sequence. 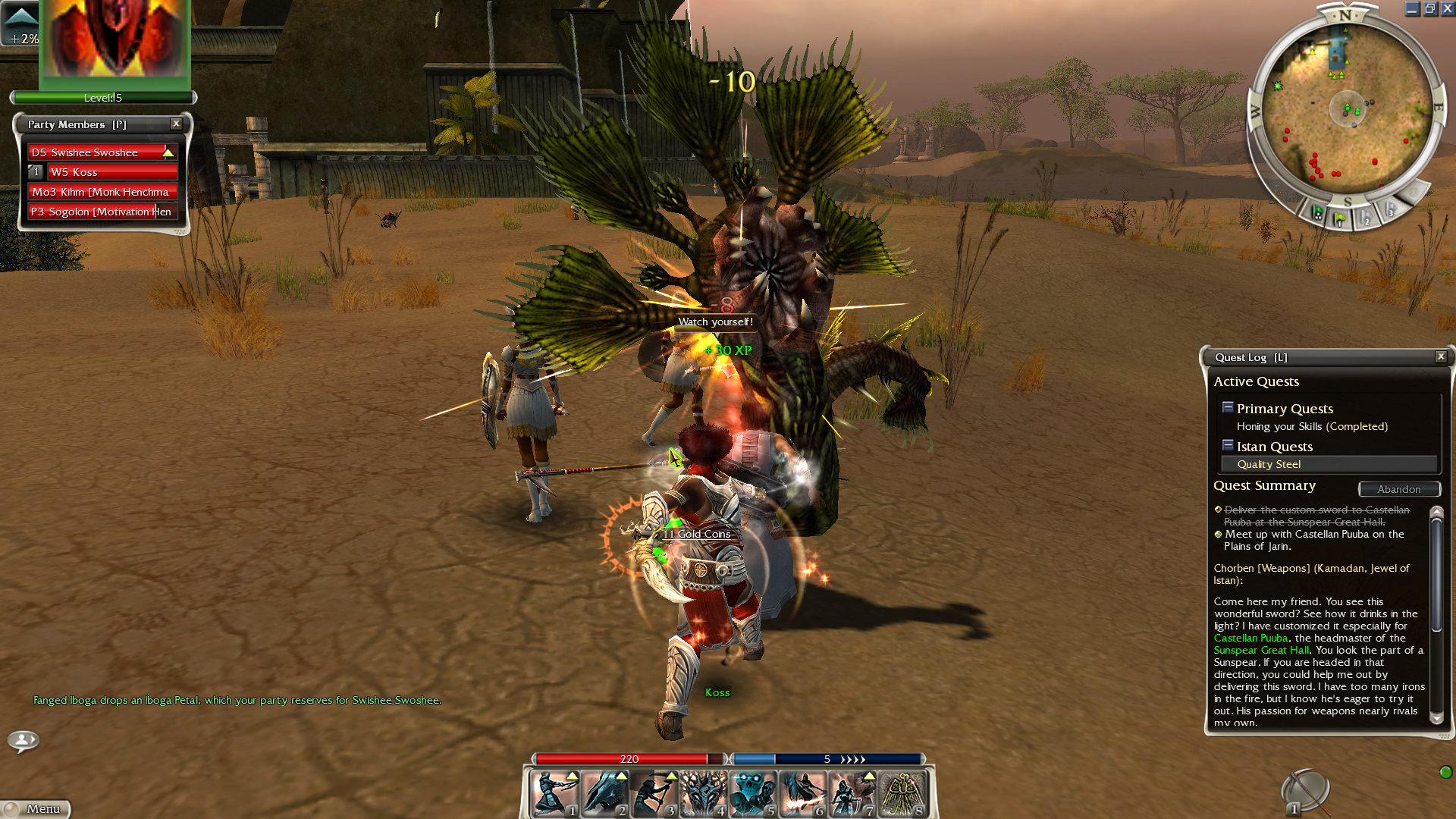 On the subject of my followers, the fact that the Dervish class let me play the class and ultimately ignore my pets was a godsend. I barely had to work on sending my dumbasses ahead of me; I could take the initiative and lead the charge while everyone would back me up. My prior experiences also helped me a great deal as I learned to watch the Circle of Aggro around my character on the minimap very carefully so as not to cause my AI party mates to dash headlong into unwanted combat. Staring at a tiny circle on the corner of the screen isn’t what I call top-flight design, but it made life easier.

My life was made so easy that I was able to progress a fair bit further than I did with the Paragon. I even got as far as getting a second Hero follower – a Monk healer – which paired wonderfully with the Hero Warrior I started off with and the Paragon henchman I ran with. The four of us were carving a happy path through the Crystal Desert, managing foes that were even a little bit higher level than us in the right numbers. I slammed into a hard progress wall only when I took on a quest that was meant for level 12.

This progress also let me dip a little deeper into the general gearing and customization of my character, and I have to say that I’m not a big fan. Gear drops out in the world are hilariously menial for the most part, and you can’t really just buy gear so much as salvage or buy materials and then buy gear, so in my case, I had to use gold to buy some of the leather I didn’t have, then burn that leather and more gold to craft my kit simply because I wasn’t getting a damn thing to fall out of the pockets of the various insects, corsairs, and bugs of the area.

I also am starting to appreciate that having a secondary profession is practically pointless, at least at my current level scale. Or perhaps it’s because I enjoy the Dervish as much as I do. It’s hard to say. Probably a little bit of column A and column B. 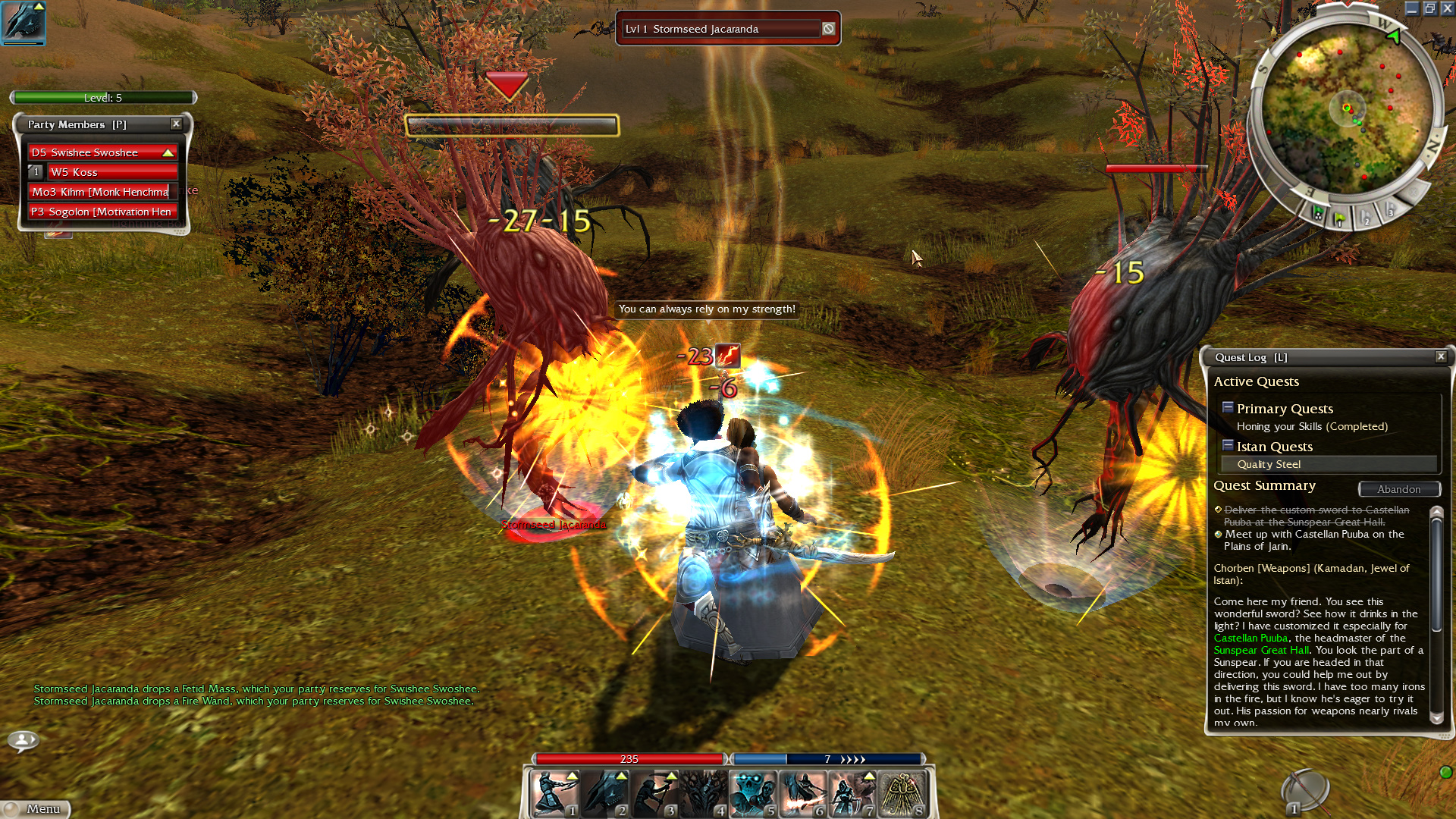 So now I’ve got my class, I’ve gotten used to the mechanics of GW1, and I’ve gotten the right starting point. That’s where the fun begins, right? Well… not really, no. Granted, I’m not having a bad time here, but I also have to admit that I’m sort of bored with how well things are going. I’m not exactly asking to be given a stern-faced, sweaty challenge, but there are certain points when a game’s routine just starts to feel… well, routine. I know what I’m doing now, I found something to play that I like, I’ve cut away the fat of the game, and now I’m just sort of sliding along through the region I’m in.

Even so, I suppose I’ll take being bored over being frustrated, and I also have to state that I’m still in the lower levels anyway, so there’s plenty of time for things to go pear-shaped for me. Also, just by way of a reminder, I’m not here to review the game; that’s not what this column is for.

So where do I go from here? I’m honestly at a loss as I sit here and contemplate what to do next. I kind of want to push forward to fill out at least one more week of this game and perhaps fully start to come to grips with where its legacy lands in my head. That does have the regrettable side effect of basically meaning there’s not many poll options for GW1 to offer up. Still, I’m always open to further suggestions in the comments, and I’ve got next month’s game to plan. And I’m kind of in the mood for something shooty.

Granted, the options here are going to be a bit limited in terms of choices, so depending on how things go I might revisit some of these choices later on down the line as further column foci as February rolls forth. Even so, it’s time to consider our next step. 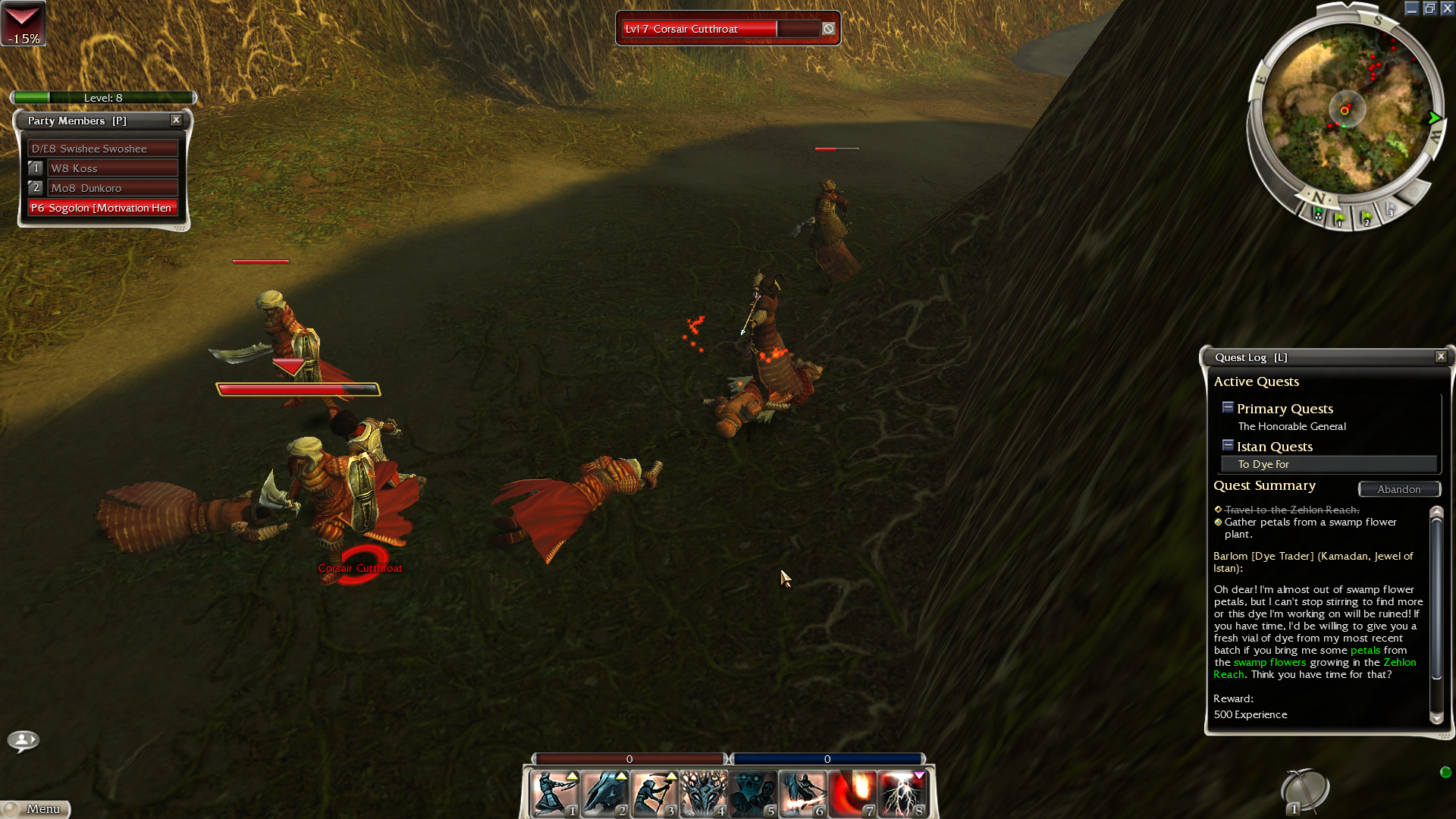 Polling will do its usual wrap-up at 1:00 p.m. EST on Friday, January 27th. In the meantime, I’ve got a few levels to earn and a story mission to get through.