Latest updates are at the bottom of the article! ZeniMax Online Studios is just about to begin its big reveal showcase stream for Elder Scrolls Online, during which it’ll unveil the first half of its 2023 plans for the game – including, we can only assume, the narrative arc and the traditional expanshachapter. We’re expecting a bit of an unusual reveal as the studio has already said it’s giving up on year-long story arcs in favor of more digestible content.

“The 2023 ESO Chapter will be a complete story: you will be able to play all the way through it without a storyline that is broken out and reserved for later in the year. We will return to larger/better and more detailed Chapters by doing this. We are REALLY excited about next year’s Chapter—for details, you’ll have to wait for our Global Reveal Event in January. But one hint: this will be part one of a multi-year story arc and will contain one of the most requested new features.”

As we’ve noted, lore YouTubers have been speculating that we might see a return to the Telvanni-held territories of Morrowind, and influencer materials sent by the studio suggest a role for daedric prince Hermaeus Mora, potentially the Apocrypha plane of Oblivion, and maybe even some sort of spellcrafting content. Unfortunately, two nasty leaks earlier today spilled the beans on the basic outline of the chapter and its visuals, but let’s just assume the internet hasn’t spoiled all your fun yet.

The show starts on Twitch at 3 p.m. EST with the Developer Direct segment (which will likely give just a bare outline of ESO, in addition to other games), followed by the Elder Scrolls global reveal at 3:45 p.m. EST (which will deep-dive the MMO); you can watch along with us live below, or check back after the show as we’ll be updating with the big reveals! 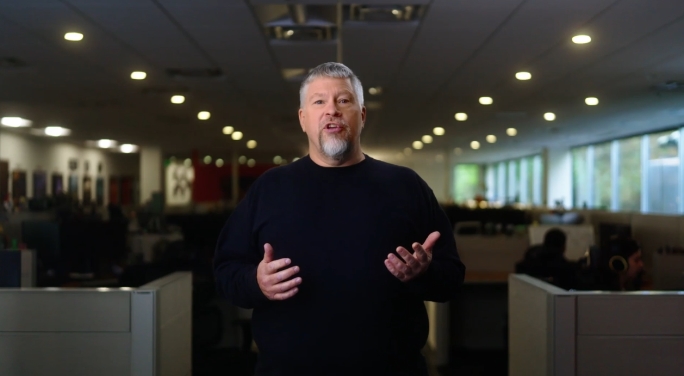 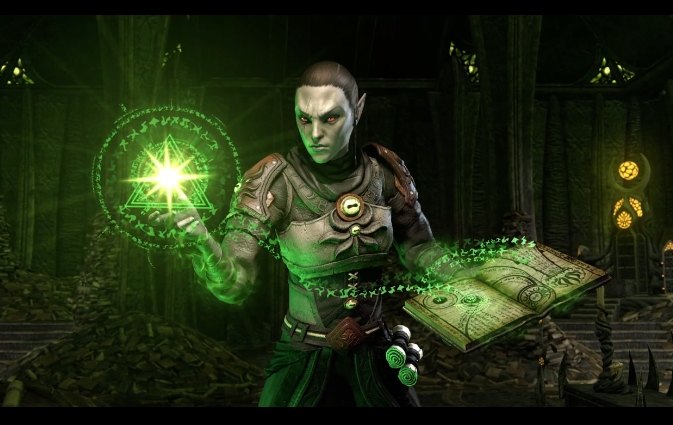 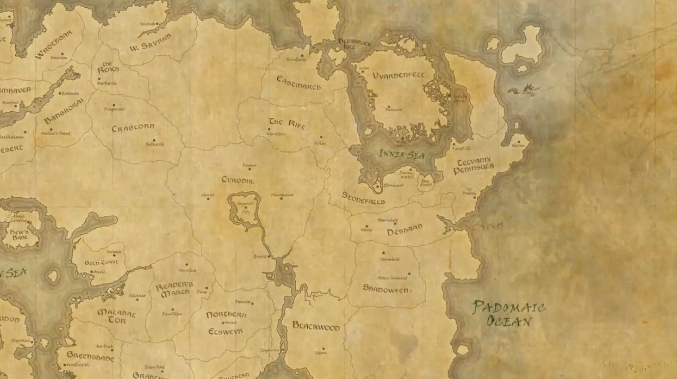 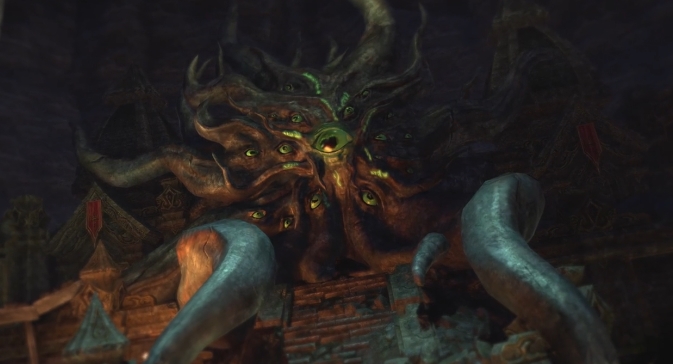 Coming in June, the latest Chapter introduces the new Arcanist class and takes place in Eastern Morrowind and Apocrypha.

We’re also heading to the shroom-house-encrusted Telvanni peninsula on the coast of Morrowind – specifically, the city of Necrom, the City of the Dead where dunmer clans entomb their ancestors.

We can also expect a pair of new companions: the reserved Argonian Warden Sharp-As-Night and the goofy Redguard Arcanist and professor Azandar Al-Cybiades.

Lambert ends by reminding players that the back half of the year will focus on shoring up the game, rather than a dungeon DLC, and some sort of “endless dungeon with a buddy” system coming too.

For players wanting more, there’s a Twitch stream deep-diving more later this month, along with a player-centric real-world event later this year.

The first release in the arc is Scribes of Fate, and it launches March 13th for PC and Mac and March 28 on Xbox and PlayStation. This is the traditional spring dungeon DLC, with two four-person dungeons. “Players will battle their way past the twisted acolytes of the Scribes of Mora in Scrivener’s Hall or contend with the temporal magics of Bal Sunnar.”

The chapter is dubbed Necrom and comes out June 5th for PC and Mac players, while Xbox and PlayStation fans get theirs on June 20th. We can also expect the return of Naryu!

“Featuring 30 hours of all-new story content, the Necrom Chapter takes you into two weird-but-wonderful new zones. First, venture across the Telvanni Peninsula to discover more about the lore of the Dark Elves who call this part of Morrowind home. Then dive deep into the eldritch curiosities held within Apocrypha, the realm of Oblivion that the Daedric Prince of Knowledge claims as his own. In Necrom, you become an agent of Hermaeus Mora tasked with investigating a mysterious threat to the Daedric Prince’s most closely guarded secrets. You must seek out lost knowledge deep within the heart of the City of the Dead and walk between realities to uncover a vast conspiracy powerful enough to endanger Nirn and Oblivion alike.”

Prepurchasing for the chapter is already live, and yes, it comes with all the prepurchase perks. 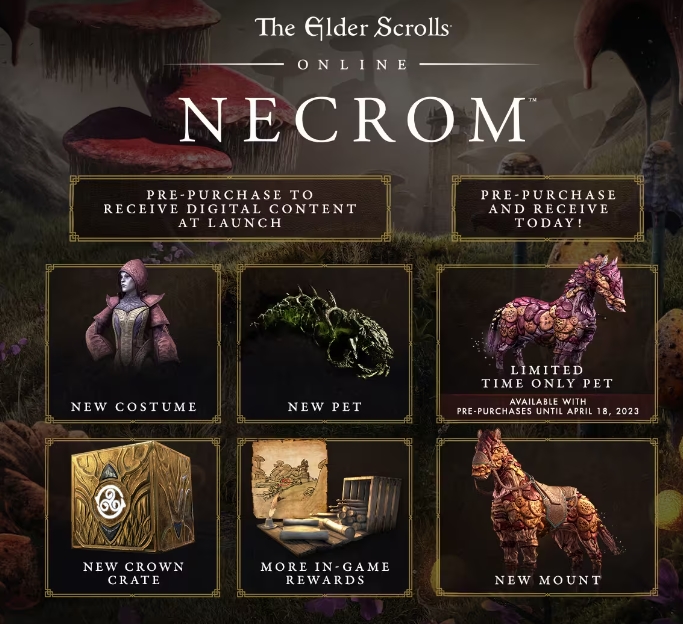 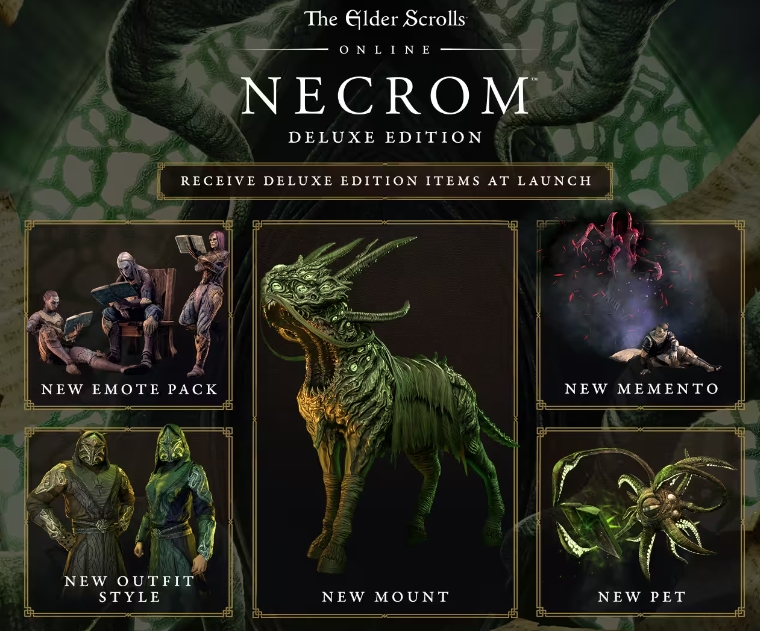 Located along the eastern coast of Morrowind, the Telvanni Peninsula is home to House Telvanni. If you’ve previously explored Sadrith Mora within the island of Vvardenfell, you might be familiar with the region’s alien landscape, including its giant mushrooms and the mages who call it home. However, separate from the Telvanni yet at the center of it all is the zone’s capital, Necrom. Also known as the city of the dead, Necrom has not been seen in an Elder Scrolls game since 1994’s The Elder Scrolls: Arena. In this new Chapter, you’ll have an opportunity to venture through the Dark Elf city, experience its solemn purpose, and uncover its ancient history and lore.

In this new Chapter, you can also explore the endless library of Apocrypha, Hermaeus Mora’s realm of Oblivion, and uncover secrets hidden from mortals and Daedra alike. Home to both the followers of the Lord of Knowledge and the lost souls of those who once sought to learn its secrets, Apocrypha is unlike any Daedric realm you have experienced in ESO before. You might have delved into some aspects of this part of Oblivion from The Elder Scrolls Online V: Skyrim—Dragonborn, but in the Necrom Chapter, you should be prepared to discover all-new areas not seen before in any of your previous adventures.

Both new regions host all manner of challenges, including new delves, public dungeons, world bosses, a new Trial, and a brand-new type of world event. As you may expect from an Elder Scrolls game, each zone has its own mysteries for you to uncover, and as you progress your Shadow Over Morrowind adventure, you can also discover a host of stand-alone side quests and encounter a diverse assortment of non-player characters.