NCsoft has published its second quarter 2015 financial report, and it’s basically a repeat of quarter one.

The company attributes its quarter-over-quarter and year-over-year boosts primarily to Blade & Soul’s “strong performance” in East Asia and momentum in Taiwan as well as the Lineage series’ continued dominance.

Western sales for the company rose slightly over last quarter but are down year-over-year, probably because its major expected releases, expansions, and conversions in 2015 haven’t happened yet. Guild Wars 2 and Aion are both up on the quarter and year. WildStar, on the other hand, continues to struggle, having lost a fifth of its sales since the May report. 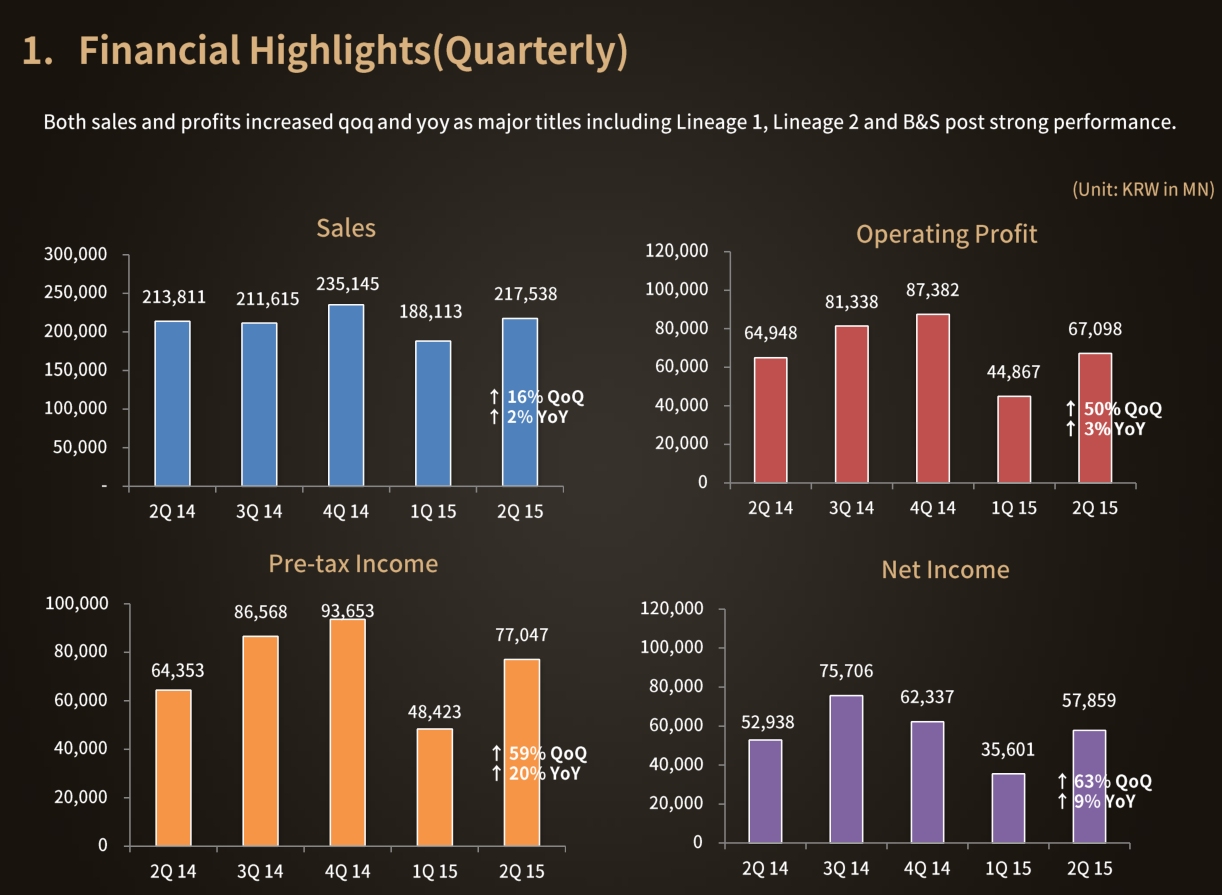 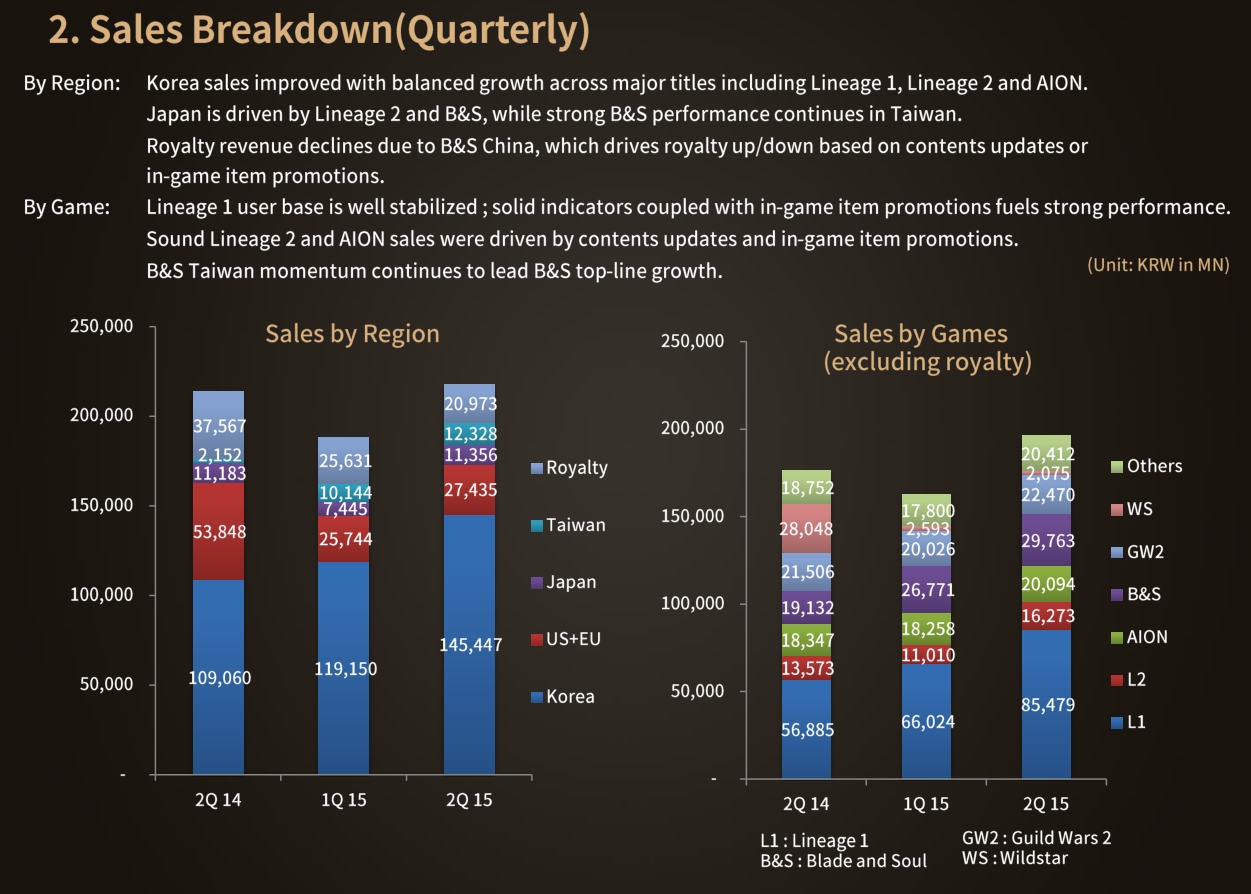