There are always some games that you look at and think that it would be great to try when you have the time. My Steam library is full of them. One game that might have made it into your Steam games is Guns of Icarus, but even if it hasn’t yet, perhaps it should. And you should also make time to actually play it.

This weekend at PAX, I sat down with two of the creators of the game, Howard Tsao and Joe Lieberman (not to be confused with the former US Senator), and they were extremely excited to let me be one of the first people to step into the PvE module for Guns of Icarus. 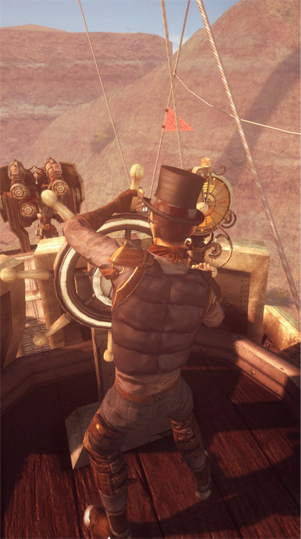 If you’ve played the PvP side of GoI, then you will be very familiar with the PvE game. There is very little difference in regards to controls or the overall feel of the game. Currently, the only real difference is the objective and the sheer number of enemy ships. Ostensibly, the idea is for your team to transfer supplies from one base to the next and protect your resources from a massive number of AI controlled ships.

On the surface, Guns of Icarus looks like it might operate like any real-world, naval combat simulator, but Tsao told me he doesn’t really like that comparison because it quickly becomes a discussion about the the game’s accuracy when it comes to simulating real-world combat and not about having fun with the game. That is one of the reasons Muse Games went with steampunk air ships and not with water-bound battleships. “We didn’t want any preconceived notions,” Tsao explained.

This freedom allows them to break some preset rules not only with the design of the ships themselves but also with the designs of the weapons. He said in PvP that he does have to design for balance, but in this new PvE module, that’s not as big a concern. He became positively giddy when explained that he could add a laser weapons in the PvE module, when it might be considered game-breaking in the PvP game. Lieberman chimed in, saying, “No one’s really going to care if this one ship is a little overpowered in PvE.”

Unfortunately, my team of players, who were made up of mostly veterans and Kickstarter backers, didn’t achieve the map’s objectives, but that doesn’t mean that we didn’t have a lot of fun. This was actually the first time many of these vet players have actually seen this module themselves. 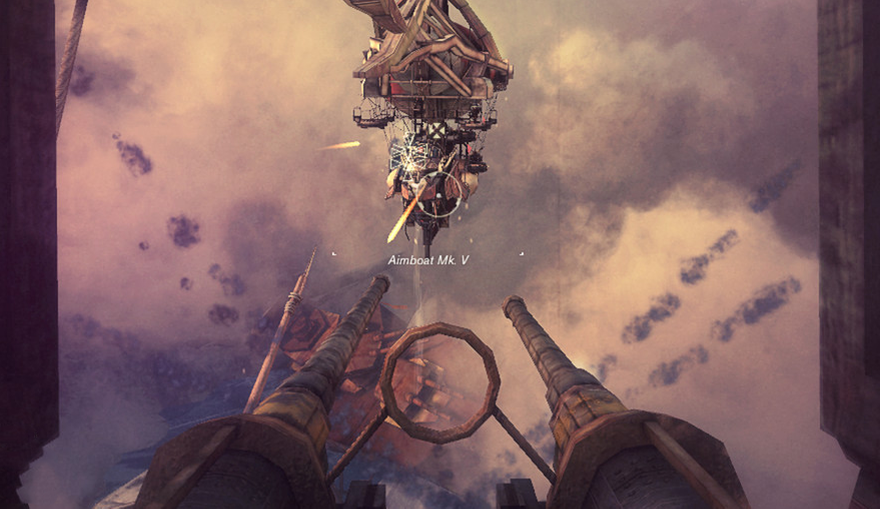 Despite having just seen this module, we became very efficient at taking down enemy ships when we were in range. A Gatling gun would reduce the armor of the ship, while the other projectiles would take out the ship’s hull; then, very swiftly, we would see the ship fall to the earth. The engineers would also have to keep our ship up and running when the enemy ships fired on us, or in our case, when the captain ran into a mountain side. “It’s like a dance,” Lieberman said. And he’s completely right. Our captain knew when to call for repairs on certain parts of the ship. He also new when to have which gun to fire where. The only real trouble he had was that the map was understandably unfamiliar — hence that meeting with the mountain side.

The PvE module is clearly still in the prototype stage, but Tsao said that after PAX he will start throwing out testing invitations to veterans and Kickstarter backers. Unfortunately, he doesn’t have a window for public testing yet, but he will keep us updated. If you’ve not tried the PvP game for Guns of Icarus, now would be a good time to jump in and get used to how the game plays before the PvE module goes live.

The PvE setup sounds a little like Left4Dead, in that you’re playing a mobile horse mode where the objective is to reach a specific destination rather than hold a spot. Sounds fun.

PurpleCopper Ah, naval combat… I can’t wait for this to be released:

Personally I played it a while back for a couple of hours but if I am honest was bored after about twenty minutes.

PurpleCopper I’m sure there’s a joke here somewhere about points flying over your head and the nature of this game, I’m just to tired right now to put it together….

PurpleCopper The entire idea of Star Trek is that it is a naval branch of the military.  The only difference is instead of sailing on a 2D plane you are “sailing” on a 3D plane.

Guns of Icarus uses a traditional ship with a ballon stuck on it.  The idea is that it is in a fictional universe before traditional flight – steampunk.

Put down your superior logic hat for a second and relax.

You’d have to be a fucking idiot to think that airship combat is the same thing as naval combat.