END_OF_DOCUMENT_TOKEN_TO_BE_REPLACED
In celebration of Neverwinter’s Underdark update for Xbox One, PWE has granted Massively OP 40 mount codes to give away to our readers!

The codes are for a rare Green Owlbear Mount that boosts movement speed by 80%. It’s a bind-on-pickup mount that you can redeem only one per account, until May 31st, when the keys expire. Critically, the codes are redeemable on Xbox One only, so if you’re a purely PC player, you can skip this one! 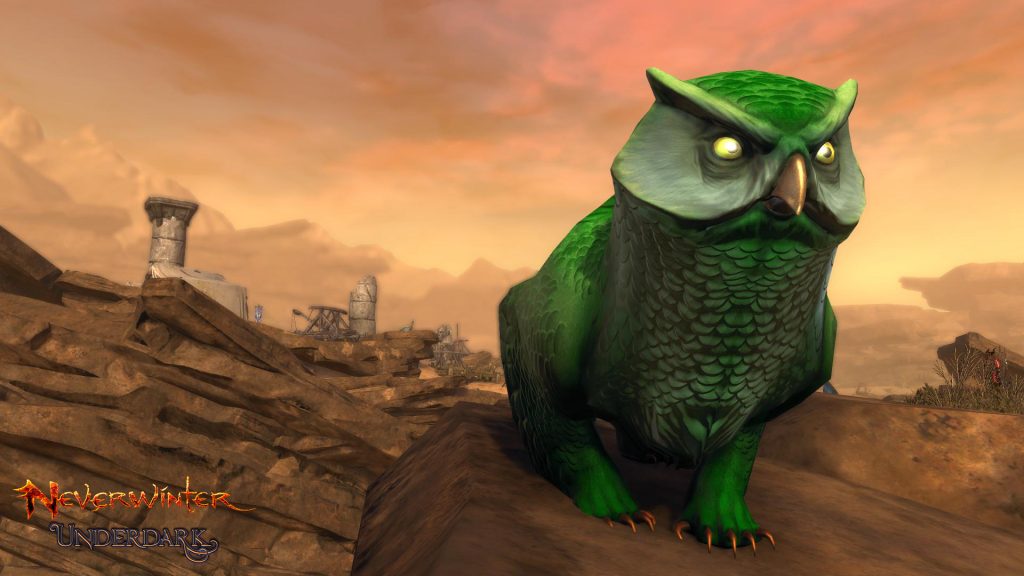 Forty winners selected at random from the total of entries submitted to Rafflecopter will be contacted via email by Massively Overpowered to receive one Neverwinter Owlbear mount key for Xbox One. Entrants are subject to our official contest and giveaway rules. Entries will be accepted until the giveaway’s end on Sunday, February 14th, at 12:00 a.m. EST (midnight Saturday night). We’ll draw the winners and send out keys and redemption instructions on Sunday, so make sure you’ve submitted a working email address in Rafflecopter. Good luck!

P.S. And if you aren’t one of our winners this week, stay tuned for MJ’s next Neverwinter stream, during which she’ll give out 10 more keys to viewers!

Heya guys! Winners for the drawing are now displayed above, with the exception of one winner I accidentally disqualified in a misclick (but don’t worry, Danny N; you’re still getting your key. :P). If your name is on this list and you don’t hear from me at your Rafflecopter email address TODAY, send me a note through tips! Congrats to our winners!

Have to pass, nothing personal I just tend to prefer bearowls. /shrug

An Xbox One mount? How would that even get you around? Unless it was much larger than a real Xbox One, you wouldn’t even be able to fit on it!

Tandor Shadewalker breetoplay BalsBigBrother Thanks guys. Leaving off a list wasn’t intentional; most of the games we do giveaways with just don’t have the regional blockades that need clarifying. I really only worry about it for physical stuff where we’d be breaking the law. I’ll try to remember next round. And hey, I had no idea PWE supported half those countries. Kinda cool tbh.

So basically, if you can play the game, you can use the key. Which is usually how keys work.

Tandor Shadewalker breetoplay I understand your sentiments and I have made similar comments in the past. For what its worth when they gave this item away for the PC version it worked for us EU folks too as I managed to snag one but whether that is the case for this one dunno. As you say though it would be great if this information was clarified in the articles without us having to keep asking or dig through T&C’s

breetoplay Tandor Shadewalker Thanks Bree, I know that, we all do and we understand it. You’re missing the point, which is to recognise as professional journalists that there’s a world outside America and you’re operating in it. Don’t write articles as if you’re only catering to Americans, remember it’s a global market and when a contest is restricted be upfront and open about it, don’t make us hunt out the terms and conditions. You’re all doing a great job, but please remember that you’re doing it for all of us and not just some of us.

As for your edit, I checked the terms and it’s the 50 states and Canada only. Even if it did apply to the EU, however, I would still be making the same point for everyone else who follows/supports the site but gets overlooked in the announcement :)!

Tandor Shadewalker Heya Tandor, it’s pretty much just physical stuff that isn’t open to EU/Quebec. Keys with no value like this are generally open to everyone, assuming you can actually play the game.

I don’t play Neverwinter, BUT I LOVE OWLBEARS.

The Daily Grind: What was the last ‘new’ thing you learned...