END_OF_DOCUMENT_TOKEN_TO_BE_REPLACED
Last week, I trekked out to Baltimore to visit ZeniMax Online Studios and get a first glimpse at Elder Scrolls Online’s upcoming chapter/expansion, Morrowind. After all, it’s been fifteen years since anyone explored the island of Vvardenfell; it would have been extraordinarily dumb of me to turn down the offer. The press event also afforded me the opportunity to speak personally to the ESO developers, including Game Director Matt Firor and Creative Director Richard Lambert, so believe me, I took advantage of every opportunity that I had to get our readers questions and concerns addressed.

The province of Morrowind, which includes both the land surrounding the city of Mournhold and the giant volcanic of Vvardenfell, is ruled by three mortal gods named Vivec, Sotha Sil, and Almalexia, called the Tribunal. If you’ve played through the Ebonheart Pact storyline, then you know what’s happening with Almalexia. But you’ve not really heard much of Vivec so far, and Sotha Sil might as well not exist.

At the end of war between the Chimer and Dwemer at the Battle of Red Mountain, Lord Nerevar’s advisors used the Heart of Lorkhan, and though accounts of what really happened vary, the result is that all of the Dwemer vanished, Nerevar ended up dead, and his advisors — Vivec, Sotha Sil, and Almalexia — were effective elevated to godhood, falling into conflict with the Daedra Azura, who put a curse on the Chimer changing them from olive-skinned elves to ashen-skinned Dunmer, dark elves. From that moment until now, the Tribunal, as they became known, ruled over Morrowind as god-kings.

As far as history tells us, the time period when Elder Scrolls Online takes place happens to be at the height of the Tribunal’s power. Aside from the Ashlander clans, the Dunmer pretty much followed the Tribunal without question, and the five Dunmer ruling houses lived in relative peace with each other. The sixth house hadn’t risen yet, and the great enemy from TES III slept in the heart of the relatively dormant Red Mountain. Lambert even reminded me that the Ghost Fence isn’t even constructed yet. 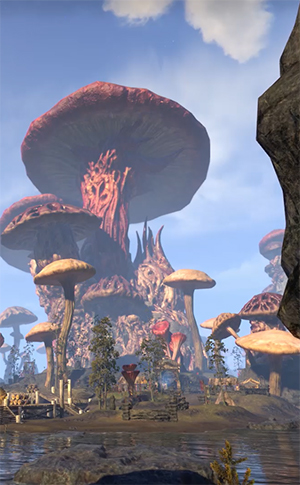 Putting the puzzle together

In the presentation for Morrowind, Firor explained that Vivec has been growing progressively more ill and losing his power. He even went so far as to say that Baar Dau, the falling moon in the sky above Vivec City, has begun to fall as the god holding it up there succumbs to illness. To Morrowind fans, this brings certain questions to mind, such as why Vivec is losing his power in the first place. Isn’t he at the height of his power during this time period? When I talked to Lambert about that, he said that it would all make sense. Firor called it a juxtaposition.

I was also a bit concerned about the setting and the feeling that people would get when exploring or revisiting the world of Vvardenfell. A few years back, the original writer for Morrowind Michael Kirkbride did a Reddit AMA where he described Vvardenfell and the world around Red Mountain more of a sci-fantasy and less of a traditional European medieval fantasy. Because the design of the rest of ESO was very much grounded in that traditional fantasy feel, I asked Firor about the fanbase that shared a similar opinion to Kirkbride: Will they be able to find the Morrowind they are looking for?

“I think [Bethesda Executive Producer and project lead on TES III] Todd Howard would question that description,” Firor began. “But yeah, you’ll see levitators to get up into the higher reaches of the mushroom towers. There is more Dwemer construct stuff that may or may not be done by Sotha Sil because he, of course, has been attempting to copy the Dwemer technology forever. You’ll see more machinery and things around, but it’s still the same world and always has been. I think that anything that you felt comfortable with and saw in Elder Scrolls III… you will see similar things in this.”

Immersing players in the world

Firor mentioned to me during our conversation that the development team couldn’t just leave quests and other points of interest completely open anymore as it could during TES III. It just wouldn’t work with the expectations that players currently have in RPGs and MMORPGs, though that doesn’t mean there aren’t any mysteries or things to explore in the game. I mentioned to Lambert that I am more of a Socializer and Explorer in the Bartle Test, so exploration and the hidden items in the world are very important to me.

“One of the things we did consciously, that we didn’t necessarily do in [the] Orsinium [DLC] was to put more exploratory stuff in there that doesn’t necessarily have a quest that takes you there,” he replied. “You kind of just wander around and what? There’s an ancestor tomb over there. There’s a set piece or set dressing there but not necessarily a quest there. That kind of stuff is in there. Sure, there’s a treasure chest here and there, but for the most part, you just explore around; you aren’t necessarily guided there.” 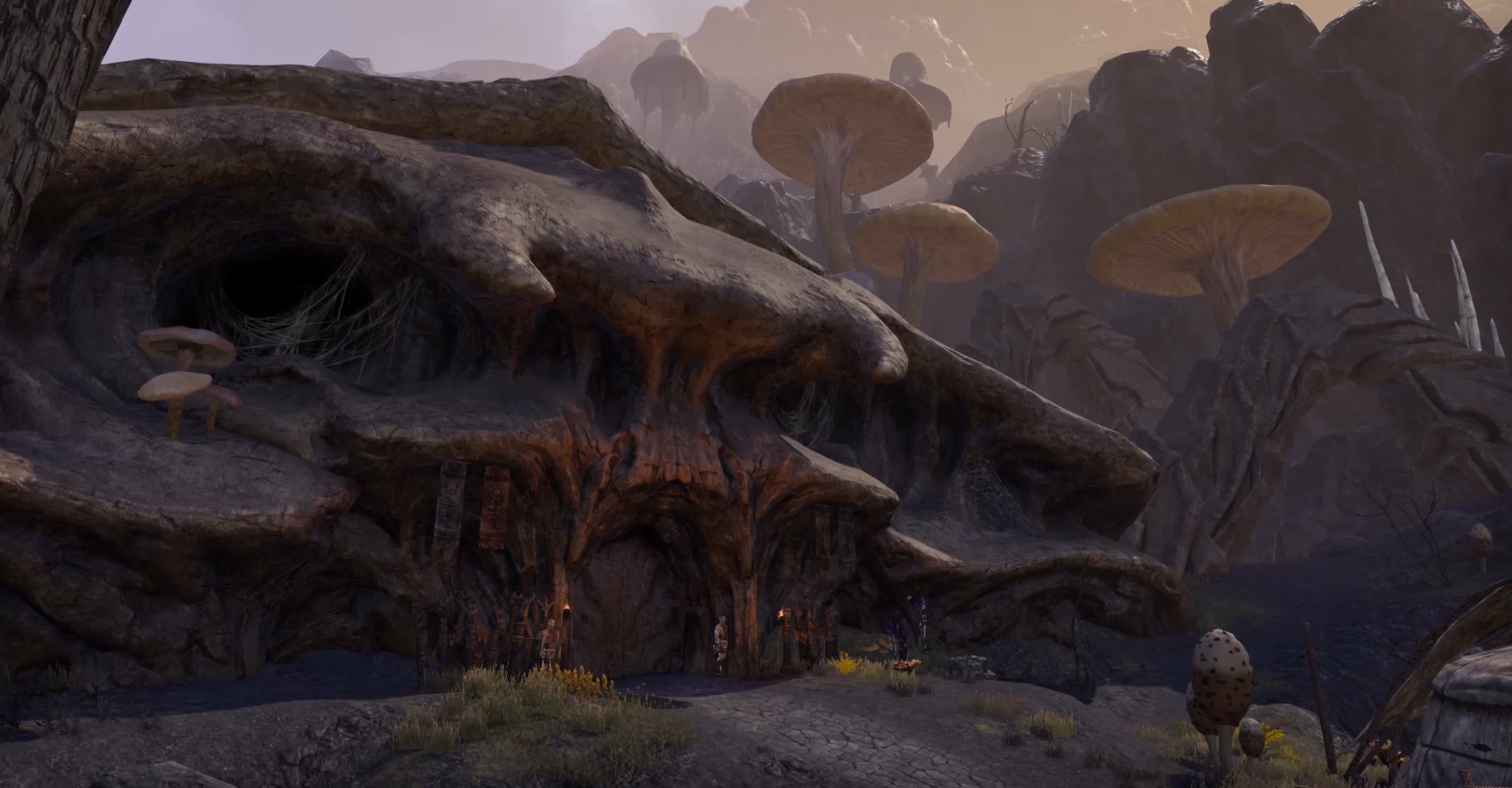 Elder Scrolls Online: Morrowind goes on sale June 6th for $59.99 US for the full version with the base game or $39.99 for the upgrade. Full details can be found on the announcement post. We’ll have more from the press event later this morning!

Disclosure: In accordance with Massively OP’s ethics policy, we must disclose that ZeniMax paid for our writer’s flight to and hotel at this press event. They also fed him a Panera Bread ham and cheese sandwich. Yum. Neither ZeniMax nor Bethesda has requested or been granted any control or influence over our coverage of the event, and the writer is paid exclusively by Massively OP for his work.

Get caught up on all of our pieces from the Morrowind press event!