END_OF_DOCUMENT_TOKEN_TO_BE_REPLACED
Elder Scrolls Online and I have had an on-again-off-again relationship for the last several years. A lot of that relationship stemmed from my being steeped in another online community in another game, and the other part comes from the game just not being what I had hoped it would be. Despite my low-key participation in the community for the last couple of years, ESO‘s community has thrived, and the game itself has received a lot of praise after adding some much-needed features.

However, some of my friends, who have been playing consistently, are complaining that there isn’t anything left to do in the game. That doesn’t mean that they have done everything. I don’t see them walking around with the Dro-m’Athra skin or the Emperor title. However, I do understand what they mean: Anything else they can do in game would be boring or unachievable.

But I’m sitting here with only one high-level character and a bunch of alts around 25. I have plenty to do, and I’m still finding a lot of the game very interesting. I’m still finding intriguing niches in the community, not to mention that I still find stealing things from people and places a lot of fun despite having run through all of the Thieves Guild content twice now. (By the way, if anyone wants to run that again, let me know. It’s still my favorite content in game.)

With so many other people starting to get bored with the game and there are still number of things that I just haven’t done yet, I’ve begun to wonder if I’m just playing the game wrong.

Currently, I’m playing a Dunmer thief. I made her a Nightblade because I figured that the stealth skills would be very helpful (and so far they have been). I started the character in Ahab’s Landing, doing the Thieves Guild content first, bypassing all the Ebonheart Pact stuff. When I did start it, thanks to the One Tamriel update, I was actually able to start my Pact quests in Mournhold, bypassing all the Bleakrock and Stonefalls quests. I’m kind of glad that I did skip all that because the Ebonheart Pact questline, in general, is uninteresting to me, and with Morrowind around the corner, the Deshaan questline was much more appealing.

When you step into Mournhold, you are asked to immediately speak with the Dunmer god Almalexia. She asks you to investigate the Maulborn infestation. The Maulborn are Daedra worshipers who have been causing trouble in southern Morrowind. It’s no big spoiler to find out that there is an actual Daedric Prince behind the cult and the attack on Morrowind. I found this revelation particularly interesting because the Prince was Boethiah, the Daedra whom the Dunmer worshiped before turning their focus on the Tribunal.

Most of my time in game has been spent in the Daggerfall Covenant and the Aldemiri Dominion, so I had actually never played through that questline before. The last time I had actually touched the Ebonheart Pact was during beta. But currently, I’m doing a bit of backtracking and running through quests that seem interesting to me at the time. It tends to make leveling slow, but it’s super relaxing to just do whatever I want. 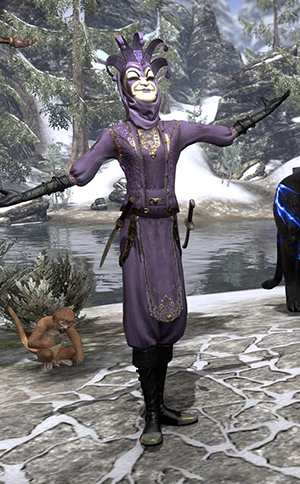 From a daily perspective, I log in and run crafting writs. Those are super fast, and it helps me gather woodworking supplies, which is what I’ve decided my most recent character is going to be good at. From there, I do some thieving, which is the other thing my character is going to be good at. Then I look for quests that might be interesting or that I believe fit the character I want to play. Most of them revolve around Morrowind lore.

I don’t really have a guild. I mean, I’m in one, but it’s inactive. But that doesn’t exactly bother me because my interaction with other players is minimal. However, that overall concept is kind of strange to me because I’m kind of a social person in MMORPGs and soloing in MMOs always seemed weird to me in the first place. In fact, there was a time when I couldn’t understand playing an MMORPG solo at all. I had always thought, why not just play a single-player RPG? But I’ve come to find out that even passive interaction with people is still interaction, and in its own way, I enjoy it.

So what am I missing?

However, in having some discussions with my friends — remember the ones who are now bored with the game — I’ve begun to question how I’m playing the game. Am I playing it wrong? I feel there is so much that I’m missing because I’m not interacting with anyone on a direct and regular basis. I’ve not done a Trial because that requires a large group of coordinated people. I’ve done a few dungeons in PUGs and a couple with friends. Although the ones with friends were fun enough, the ones in PUGs were not fun at all, mostly because of the lack of communication. It’s like everyone knew what they were doing or perhaps they just didn’t want to talk to anyone — maybe there was no reason to communicate in the first place. Is that a design flaw or perk? 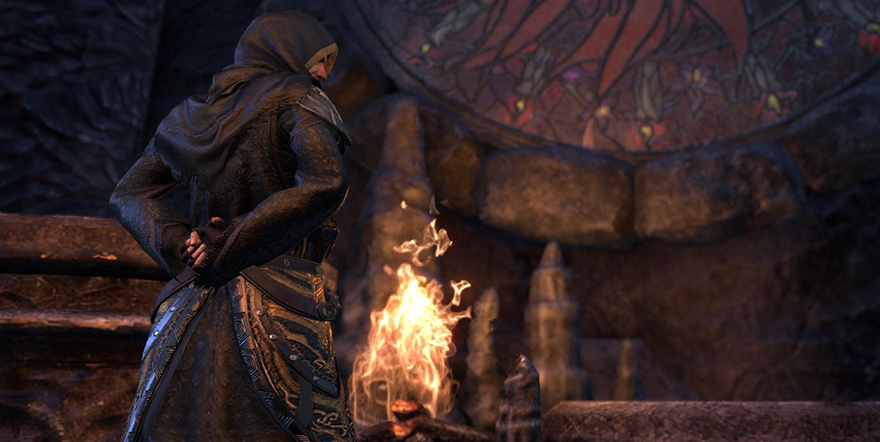 There is also a thriving roleplay community that I knew about only peripherally. I know where to find them out of game, and I’ve seen the advertisements in zone chat, but I couldn’t tell you where they normally hang out. In fact, there are regular events that I’m aware of, but I’m unsure when and where they happen. Clearly, I’m doing roleplay in ESO wrong because I’m really not doing it at all, despite being the kind of player who writes backstories for my characters and roleplays heavily in other games.

Leading up to the launch of the Morrowind expansion (using the term Morrowind is getting really confusing now), I will be in heavy research mode. I’m going to try all of the parts of the game I haven’t tried for the longest time: PvP, Trials, dungeons, roleplay, and anything else that I can find. I know that I might not be playing the game wrong because I’m playing it how I enjoy it, but I want to ensure I’m not poorly serving those of you who read this column by making my scope so narrow.

So your homework in the comments is to let me know what I’m missing. What should I be playing? What has been your favorite content? Solo or in a group? I look forward to reading about them, and in the coming weeks, I will give them a try. Thank you in advance.