Aw, damnit. My.com is giving up on its Allods-themed Cloud Pirates MOBA already. The company doesn’t say why, but given the successes of its other titles, we’re guessing it’s more about playerbase size in a bloated MOBA market than the company’s overall revenues, an assumption backed up by its low numbers on Steam.

“We are sad to announce that Cloud Pirates will be closing the servers on September 29,” says the studio. “It’s been wonderful sailing the turbulent skies with you, Captains, and we’d like to thank you for all your support.”

Beginning today and lasting until serverdown on September 29th, players will see doubled experience gain, virtually free in-game and cash-shop items, and free Steam DLC. You can also claim refunds on everything you bought since July 12th, convert your cash-shop currency to some of My.com’s other games (Skyforge, Armored Warfare, and Revelation Online), and enjoy the game’s latest patch, which rolls out today in farewell and contains custom matches, a new progressive PvE mode, and cash-shop currency as rewards for daily matches.

If it all seems particularly fast, that’s because we first heard about the game exactly a year ago, when My.com announced the western port. It hit early access in February, then launched in April. Our condolences to those affected by the shutdown – it was genuinely liked here in our newsroom too. 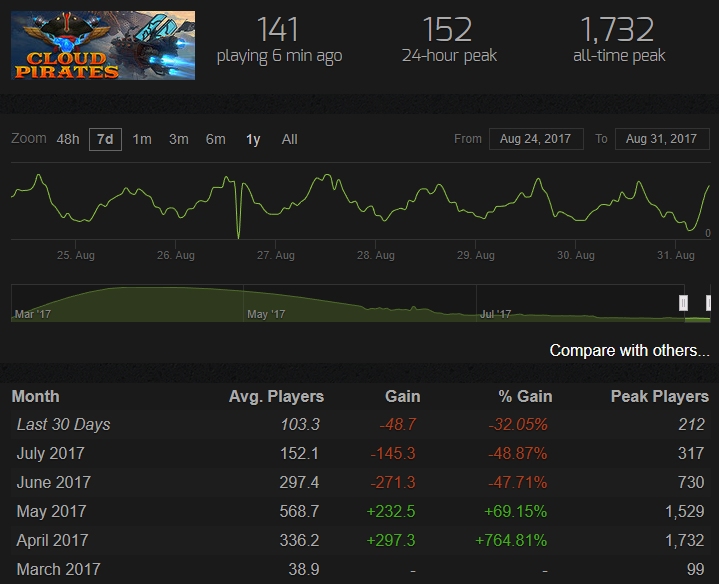