END_OF_DOCUMENT_TOKEN_TO_BE_REPLACED
Good things come in three’s right? Well this is the third installment of the EverChaosing column, which melds Chaos Theory and EverQuesting together. Why a written equivalent to a Turduckin? Because these are my two favorite games, and just as last year, I can’t choose between the two when it comes time to express gratitude. I am thankful for both EverQuest II  and Secret World Legends! Many things. There are overarching things as well as smaller specifics. Sometimes this gratitude is for something constant, and other times it is for change. While it would take much too long to list everything, in the spirit of the day I count a few of my blessings in SWL and EQII.

I can still immerse myself in the Secret World

First and foremost, I am pretty darn grateful that my all-time favorite conspiracy-laden horror game didn’t disappear into the fog. And that is actually two blessings. One, I am so glad to have Secret World Legends because without it, we’d have nothing. Things had to change or the game would be scrapped. Now there may be things about the reboot that I don’t like, but there are plenty that I do. And the very tip top of that list is the fact the story can continue. I crave this story; I really don’t know what I would do if it was over. I’d have to talk the devs into releasing a book of short stories, or a graphic novel, or something! 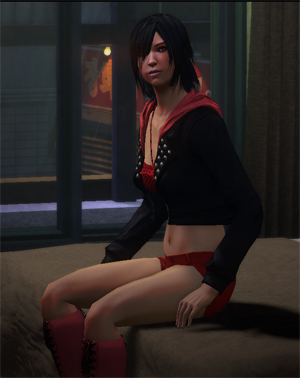 The second blessing is the fact that when the reboot happened, the original Secret World wasn’t instantly shuttered. Yes, I still log into that version! Most of the time I will experience something in SWL, and then I have to go back and double-check if it was there in TSW as well. I love that I can do this! It is pretty neat to see what I missed/forgot the first time through the original that I feel I am experiencing for the first time in the reboot. And sometimes I just like logging onto my old characters and just hanging out.

Basically, I can still dive in and soak up the atmosphere and feel like I am in a secret world that is just out of my sight in the world on this end of my monitor — and I can do that in two places!

Norrath is still there

Along that same vein, I am also grateful that I can still live and play in Norrath. Unlike previous years, this one ended up feeling like the fate of the game was more tenuous. These past months I have finally  brushed up against EQII’s mortality, and I don’t like the chill that gave me! So I count it as a blessing that it is still here. Even with all the years I have been in game, there is still stuff I haven’t done (namely the last couple of expansions) and so many things I have still to do (shall we count how many decorating projects I have going?). Of course my appreciation grows with a new expansion coming out next week.

Do you know what else I am unendingly grateful for in EQII? As much as I do love the vibrancy open-world housing brings to a world, I truly appreciate that you don’t lose your home in Norrath if you forget/aren’t around to pay rent. You could be too busy playing and not tried to enter that particular home for a while, or you could be taking a long sabbatical from the game. It doesn’t matter: Your home will never disappear and you will never lose your items in it (unless you actually have a no-trade item placed in a friend’s house and the servers merge, then they get ownership of the item!). Heck, you don’t even have to pay back rent for the hours/days/weeks/months/years you missed — you just pay this week’s rent and the doors open up for you.

You know why this is awesome? For me it is because losing your hard-earned goodies is not fun. The very opposite of fun in fact! That makes me lose heart. Also, when coming back after an absence and everything seems overwhelming, it is great to have a safe little spot that is familiar to go back to.

(I sure wouldn’t mind is SWL added in some awesome housing like this! The museum is cool, but to have my own pad… oh I so wish.)

In the development of games, things do not always go the way that players would like. Let’s be honest, they don’t always go as devs would like either! Sometimes something needs to happen/doesn’t happen for whatever reason and it upsets the player base. This is a fact of life. Perhaps at times players go a bit overboard or become unreasonable, but other times concerns are completely legitimate. That is also a fact of gaming life. It’s never not going to be a thing: We are humans in an imperfect world working with ever-evolving technology. That makes me appreciate the fact that SWL devs have demonstrated that they do stop and listen to the concerns of the players. Not only that, they have made changes to address them.

Now that doesn’t mean that things will always go in favor of players. However, we’ve seen compromise. For one example, look at the second legacy transfer Funcom implemented that addressed the aurum fiasco. This compromise allowed players to use the coin that they had in the original game — coin that wouldn’t convert to the reboot — to buy cosmetics that would transfer over. This allowed folks to get value for all their purchased cash shop money in the game that was receiving continued development instead of sitting uselessly in the dead one. It was a great compromise, and one that was suggested by players! I know things will not always work out this way, but the fact that it has shows me it will happen again.

Another feature of EverQuest II that I am grateful for and that every game needs (I am so looking at you, Secret World Legends!) is chronomentoring. The ability to choose your level so that you can go back to zones that you might have leveled out of — and trust me, there are so many quests and you get so much XP in EQII that you out-level many zones before finishing them — is awesome. Waltzing through zones untouched as grey mobs ignore you is a total bummer, unless that happens to be what you are in the mood for right them. The fact that EQII’s system is 100% player choice is perfect. Players can decide to be uber untouchable, or they can chronomentor down to an appropriate level and really experience the zone. Granted, doing this makes you more overpowered than someone at the level would be, but at least you have to pay attention and manage threats.

There and not there

Although some may not like it as much as I do, I really appreciate the server technology in SWL that allows me to group up and play with absolutely anyone in the game but does not stuff my instance with everyone. The entire atmosphere of the game would be ruined if you ran into another player every time you turned around. Instead, I get that apocalyptic, lone feel while exploring the zones. Then when I want crowds, I can party it up with large groups in Agartha, and when I want to group, it draws on people from every dimension. You will never be locked away from friends because they rolled elsewhere, and you have the opportunity to make new friends that you wouldn’t have even met with standard server restrictions.

I could go on and on, but I want to hear what things you are grateful for in either of these titles. Please feel free to share your thoughts in the comments below!

I need to get back into SWL at some point, pretty busy with ff14 atm though.

I admire your selection, EQ2 and SWL are without a doubt my all time favorites. Probably for slightly different reasons though.

The familiarities for both were story, that’s what initially sucked me in, SWL story is unparalleled in mmo’s and with EQ2 it was the heritage quests, the quest lines and over arching story that drew me in.

I imagine that’s where you fall in love with the game world and it’s inevitable you’ll meet the right peeps to take the game to the max to experience it at its fullest.

I don’t play EQ2 anymore as when i’m in love with an mmo, that’s all i will play. EQ2 it’s all i played except for some SWG on the side, and now with SWL there isn’t even a game on the side, and i like it. It always bothered me when i was bouncing around from mmo, to mmo, as you never truly get the full experience from any of them, overall lots of progress sure, but never getting anywhere in any of them, what a waste really.

I guess it takes a very special game to make the magic happen, and these are the two magic makers for me.

Path of Exile’s developers are working at improving Heist rewards and...