People actually lined up for Dauntless at PAX West 2018. I don’t know if it was the placement of the booth, if people liked what they saw on the show floor, or if they had heard about the Phoenix Labs‘ game through other means, but I was truly surprised at the line that wrapped around the booth. People clearly wanted to play. This blew my mind because the game hadn’t really been on my radar.

When I arrived for my appointment with Phoenix Labs, I introduced to Chris Fox, the lead combat designer for the game. Since Dauntless was essentially a series of dungeon monsters of ever-increasing difficulty, the person you want by your side to carry you through the demo was the guy who created the mechanics of these monsters.

Dauntless takes place in the Shattered Isles, a series of floating landmasses that seem to be kept afloat by a power source called aether. The humans of the Shattered Isles use aether to power just about everything, from their flying ships to their electric toothbrushes. (I assume that they have electric toothbrushes because their teeth are so shiny.) But as with any powerful resource, there are others who want it, too, like the behemoths.

At first, I interpreted behemoths as big monsters, but no, they are actually called behemoths. These beasts are about three times as tall and about 10 humans in length if you include the tail. Of course, they all have their own names like Drask, Embermane, Quillshot, Shrike, and Koshai, but I might refer to them by their more familiar real-world look-alikes: lizard, rhino, boar, owl, and griffin. (Griffins are real!)

To stop these giant monsters from sucking all the juice from the Isles, the town of Ramsgate trains warriors called Slayers to fight the behemoths. In killing these monsters, Slayers not only stop the drain on resources but also harvest aether from the beasts themselves.

The art style of Dauntless helps maintain this other-worldly feel. The Slayers resemble the art of Joe Madureira, whom you might know from Darksiders. The human designs were a mix of exaggerated body proportions of manga and western cartoon facial features. It didn’t quite go full manga, but it found a good balance between traditional Japanese animation and American comicbook styles. Although there was no cell shading, the limited textures and high-contrast lighting allows the characters in the game to do fantastical feats without feeling false.

With the help of Fox and two other volunteers from the show floor, we took on two of these monsters: The Shrike and the Koshai, aka the owl and the griffin. 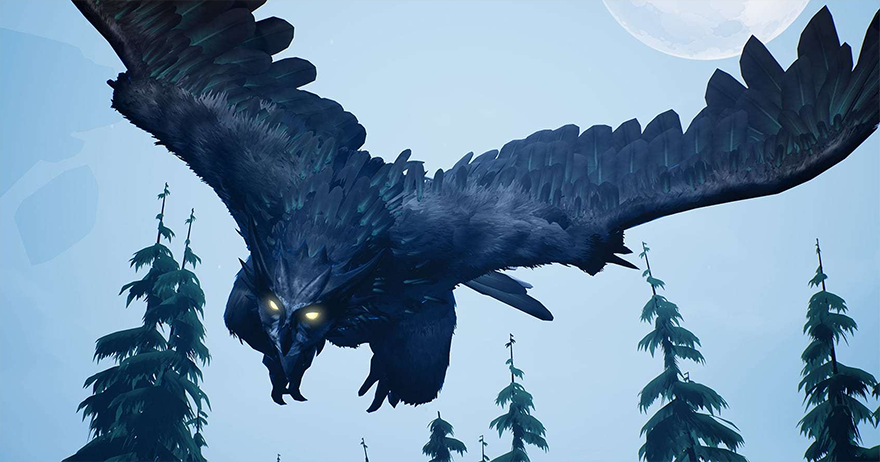 I have a confession. I ran raids in Star Wars: The Old Republic for years, but I am a bit out of practice. My skills are not what they should be. I tried to have confidence about taking on these monsters, but I was more than prepared to lose solidly, not to mention that the owl was pretty intimidating. Fox said that the Shrike was the easier of the two bosses they had available to fight at PAX.

I noticed a handful of attacks from the owl. The most common was a simple strike with his winged arms. It was sometimes to the most difficult to avoid because there was not much of a tell, but these strikes were also the least painful. He also had a charge attack that could definitely hurt if you were squarely hit with it, but thankfully, there was a rearing up tell that usually preceded it. His biggest attack had to be his swoop form the air. The monster would spread his wings and lift off the ground, flying several meters away from the party then gliding back in with his talons ready to rip at any victim in the way.

Many of the monsters will flee when they get low on health, but Fox explained to me that if you are able to deal enough damage when the flee mechanic starts there is a chance that the monster will not escape. That said, it’s very rare for a behemoth not to escape at least once. That’s when you make chase.

It took some doing, and the volunteers might have died more than a few times, but we were able to take down the Shrike. It was a hoot. And I felt powerful like I could take on anything. Bring on the next monster, Dauntless! I’m ready for you! 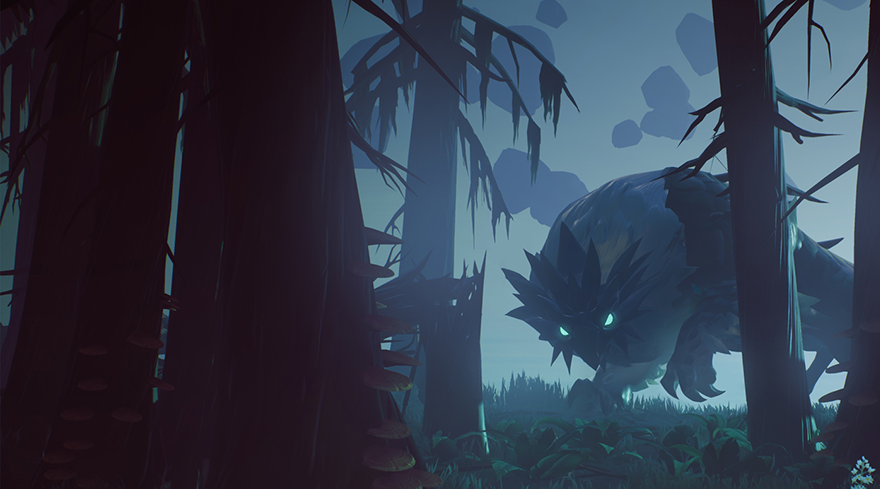 As I lay on the ground and with the giant bird-lizard looming over my character’s lifeless body, I had time to reflect on what exactly went wrong. I think the first thing was not listening to Fox when he said that the Koshai fight was significantly more difficult than the Shrike. Second, I think it was the thorns. All. The. Thorns.

Besides the expected arm strike, the Koshai also had a very long tail strike that would knock me back with very little warning. But that was not the worst part. The beast would shoot spores that would spawn nests of viney thorns. If I stood still in the thorns, I would not take damage, so I could clear the thorns by striking at the bulb in the middle. But if I couldn’t move that opened me up for attack from the Koshai. I think I’ll take thorn damage over giant griffin damage, thank you. But in the end, it didn’t really matter; the end result was the same.

We fought hard, even managing to chop off the Koshai’s tail. Even though we lost, the team seemed to have a lot of fun – and so did I.

There were not a lot of flaws with Dauntless, although I can easily see how it could end up being a bit of a grind, if the mechanics don’t vary too much. Once you’ve mastered a class’ combos and specials, where do you go from there? I can see some teams with a lot of synergy conquering this game rather quickly. My pick-up group seemed to do well against the Koshai even though it was supposed to be pretty tough.

Perhaps there are some hard-to-master classes. I heard that the one I chose, Chain Blades, was actually pretty difficult even though I didn’t have too much trouble with it.

I also wonder how Dauntless will stack up with other monster-hunter and four-man “raid” type games. I do wish it luck, and I’m going to hop into the open beta for a bit to see how the game fairs outside the loud expo hall.

If you like action-combat and hunting BAMs, then give Dauntless a try in the open beta. I would like to read your thoughts in the comments.

A couple friends and I tried and…. only made it through one Monster Hunt before giving up.

It was just so boring. I can’t imagine getting deposited on one of those small, random island just frantically whacking away at a single monster and just… doing that ad nauseum.

The weapons weren’t very compelling either – it was just mind numbing.

Ive been playing this along with MHW, its a realy fun game that has great potential in the future.

The game looks nice, and feels nice, but is just too bare bones for me.

They need to add smaller monsters to fight, and additional things to do and see on the isles.

It’s more like its own take on the MH formula I guess. Also it streamlines the game to basically just revolve around the actual monster fights.

Weapons all handle differently from Monster Hunter’s, for the most part anyway (I hear the Axe is similar to MH’s Hammer) and the monsters are different-ish enough. The core of it though is pretty much a clone of Monster Hunter ofc, but it’s a solid experience and serves as a F2P alternative to MH.

The MOP Up: Who’s showing up to E3 this year?