Welcome to the inaugural edition of Progress Bar! This monthly column will be my personal look at early access MMO, MMO-like, and multiplayer games to offer some thoughts on where a given title is headed and whether I feel it has potential.

With early access now becoming something of the alpha/beta/soft launch product of today, I figured providing a more in-depth look at an early access release would be of some benefit to you fine readers, using a combination of my own experiences and (hopefully) a brief Q&A with the devs.

With the introduction out of the way, let’s take a peek at the sandbox bullet hell shooter MMO thing Survived By. 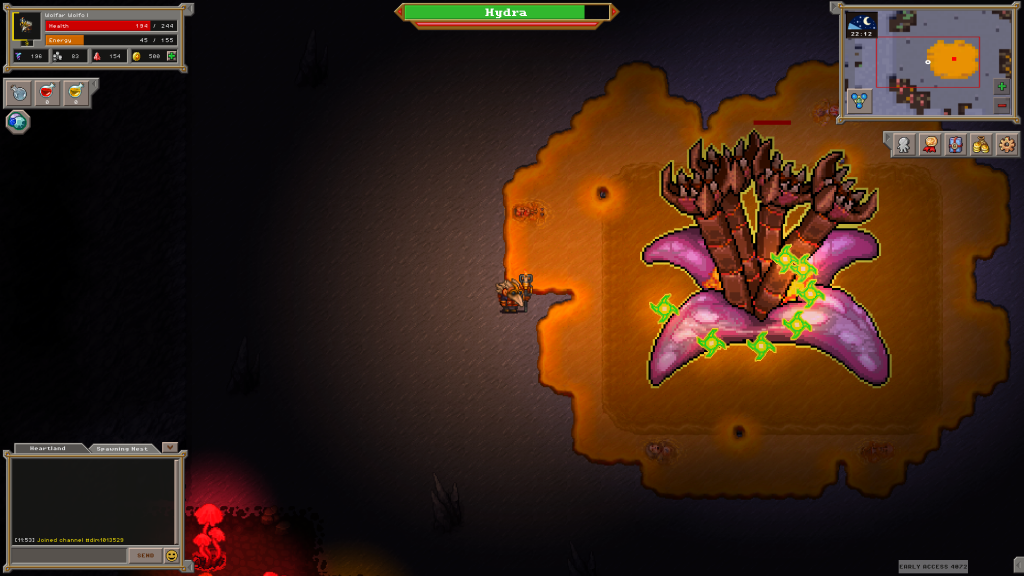 It’s pretty hard to stuff Survived By into a single tin simply because it stirs together a variety of genres. You’ve got your open world sandbox game, your bullet hell shooter, your RPG, and your roguelike all crammed into a video game panini.

Things start out pretty simply here; you enter in your name, you choose one of the three classes, and then you are dropped in to the starting town to begin your new hellish life. There’s not a great deal of pomp and circumstance and even less explanation on just what the heck happened, but then again this game doesn’t strike me as one attempting to weave a deep narrative.

That’s not to suggest that Survived By is lazy, necessarily, but more that it has almost arcade game-like leanings. You don’t go into a game like Contra or R-Type hoping to have Macbeth levels of riveting dialogue, and I didn’t really arrive to this game looking to do more than avoid many, many projectiles. 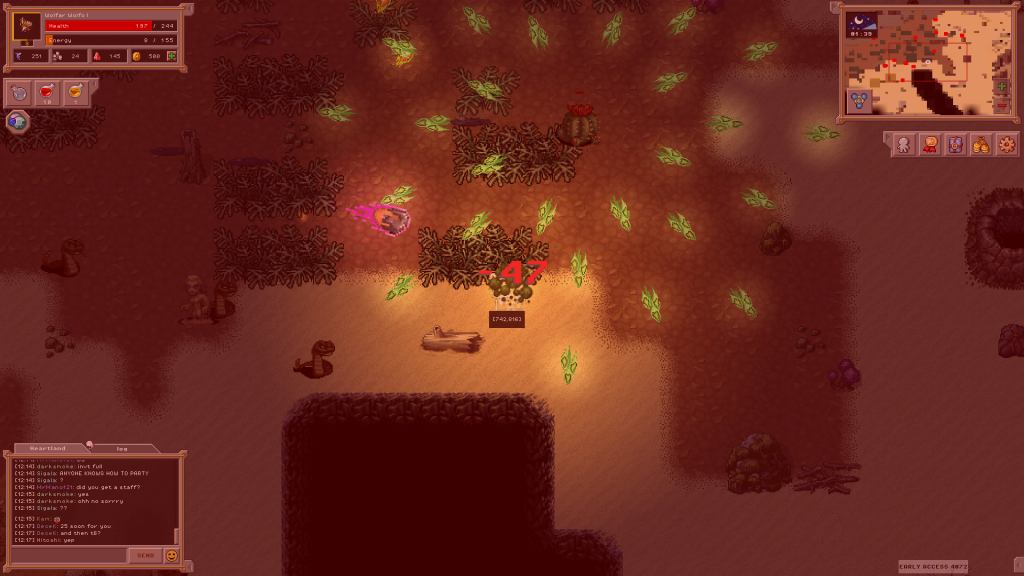 As in an arcade shooter such as R-Type or Metal Slug, gameplay in Survived By is all about overwhelming odds and bullets. Anyone who has had some time with a twin stick shooter will feel very much at home here, both in terms of control scheme and mechanics: shoot faster than your enemies can, avoid the hurty stuff, and live on.

Regardless of the class you choose, you basically have a single shot attack as your primary form of offense. Even classes that sound like they’d be more melee focused have ranged attacks. Where things differ between them is in their alternate attacks: When you’ve killed enough baddies or glugged down an energy potion, you can unleash your stronger class-specific move, which ranges from tossing a vial of poison as the Alchemist or marking multiple targets for arrow strikes as the Harbinger.

There are additional classes one can unlock as well, but that requires you to either pay for the unlock via store money or entering a special level 25 dungeon called The Well and dying there. Seeing that level, though, is decidedly trickier. 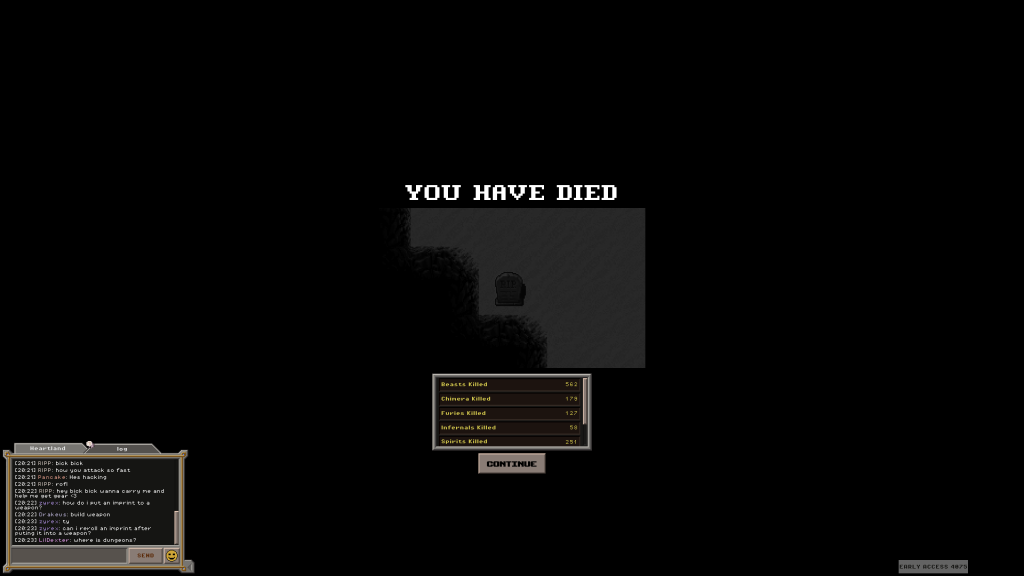 This is where the roguelike part of Survived By comes into play: When your character dies, all of your progress is reset and you start from level 1. The deck isn’t quite stacked against you, however, as your descendant can get boons and even items your now-dead progenitor leaves behind. These boons come in the form of Ancestral Legacies, which are basically cards that you earn by completing achievements in-game. Your next character can have as many as four of these cards active at a time, and each of these cards can be upgraded for additional boosts.

All of these systems, from Legacies to how many of your original items can be carried over, cost a currency known as Valr. You earn Valr simply by completing activities such as leveling up or completing challenges, or can spend unwanted items or Legacies for more Valr. It sounds like a lot on paper, but it honestly is more fluid and intuitive in practice.

While your character is alive, progression is measured in level and gear. Your level, naturally, allows your stats to raise, while your gear allows you to dish out and take more damage. There aren’t any gear drops in the classical MMORPG sense, but monsters almost always drop some materials which are used in the crafting of gear, and boss monsters in dungeons will drop valuable items meant for reaching new crafting tiers. 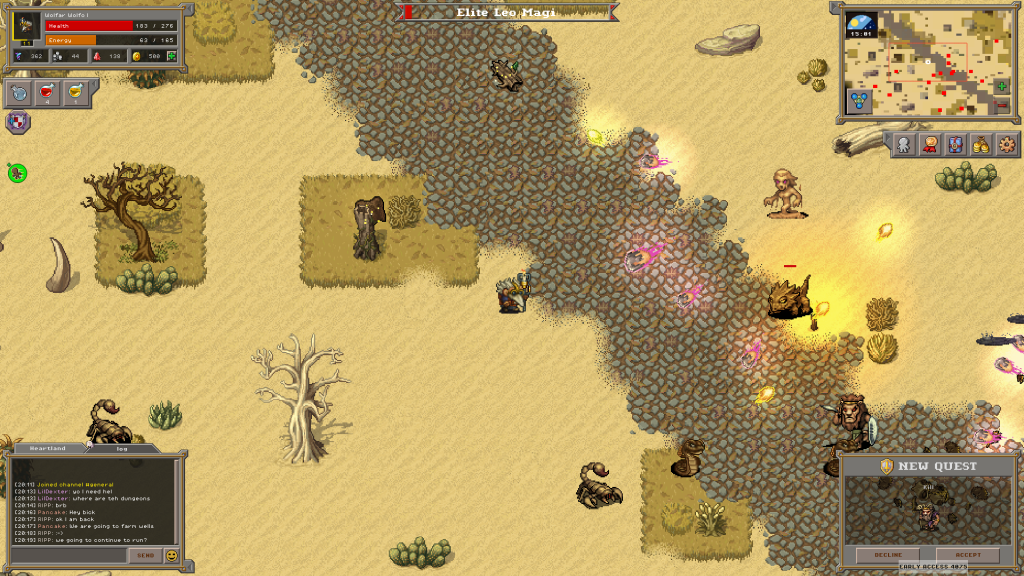 So what do you do while you’re in-game? After the opening quests that guide you a bit to how things work, you’re pretty much left to your own devices, meaning that gameplay effectively consists of management of your own risk versus reward. Sure, you can run around the area just outside of town and earn XP, but you’ll get more XP if you venture out into the wilds and take on new creatures. There are also pop-up quests that task you with taking down named targets, which is pretty lucrative as these critters can drop keys to access dungeons.

The best part is that this game is a purely co-operative sandbox, and believe me, there are few feelings as good as running into a friendly face while you’re deep in some unexplored countryside and running together to wipe out scores of creatures. 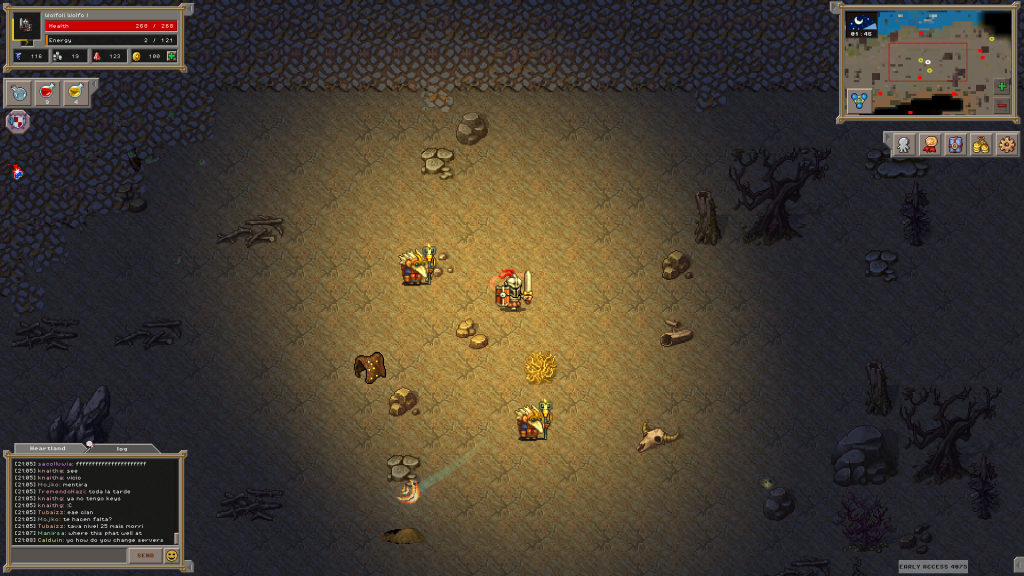 Now it’s time for the Q&A section of the column. The answers come by way of developer Human Head Studios producer Ryan Jackson.

MassivelyOP: Most of Survived By seems to be focused on exploring the area, pushing the personal envelope, and getting to new gear crafting tiers. Is this intended, or will there be more quests or breadcrumbs/pathing added to the game later?

Ryan Jackson: Yes, there is more of everything planned. We have a pretty significant overhaul to our Quest System planned for February 2019 that will provide more context to the world, but we don’t intend for quests to pull you through the experience like they do for other RPGs.

The onboarding for new players is good for the very first steps, but after a bit, guidance sort of dries up for systems like crafting. Will there be more tutorial quests added later?

We are always looking at places where we can improve the player experience, but at the same time we want to allow players the freedom to discover. We’re working on that balance now. We look for ways to make the experience better for the player, so if you have any constructive criticism, please let us know — that’s what Early Access is all about! 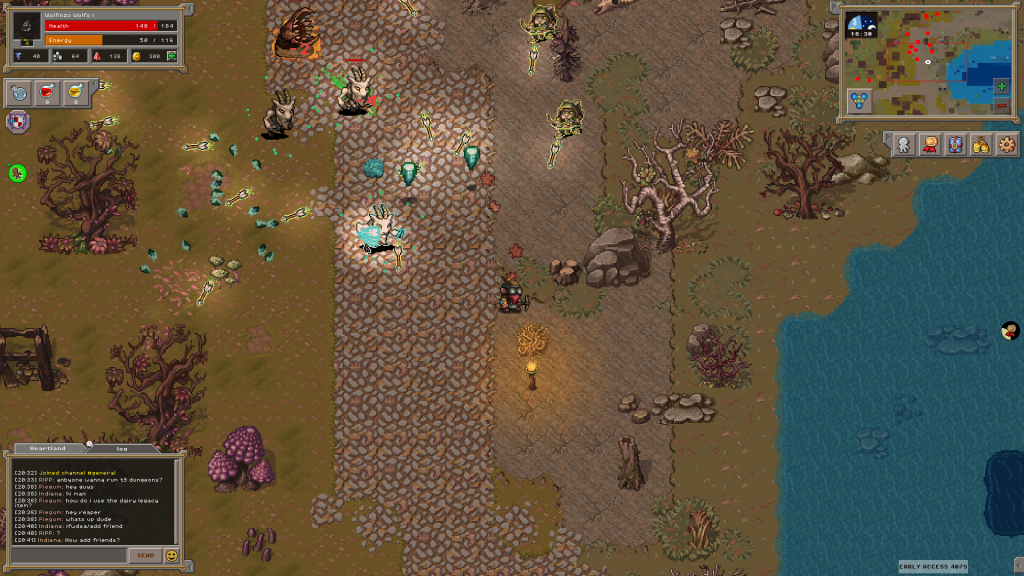 We are exploring options for additional button presses, including a shield/dodge and one more action button. But these are still in discussion and, if we move forward with them, they will be a few months out. We are confident that  players can handle more than two attacks. With our relatively small team we always have to balance which features are prioritized over others.

I’m pretty sure Survived By is the first free-to-play early access game I’ve seen. Has this helped draw people in, or do you think the negative perception of early access has poisoned the well?

Survived By isn’t the only free to play Early Access game, but it’s an interesting question because everyone has a slightly different take on what it means to be an Early Access game. Making a free to play game only makes it more interesting. Some people have high expectations with Early Access, and some have low ones. It’s a totally mixed bag! Our goal with Early Access is to build on the gameplay people love and to work on fixing and improving those they don’t, with their feedback front and center. It’s a great conversation that can only improve the game as we work toward the collective goal of moving out of Early Access altogether.

Has the addition of Bloodstone to in-game store bundles been well-received, or are there grumblings of pay-to-win? Has earning Bloodstone in-game been enough for players?

With any free-to-play, or non-free-to-play game, we, as developers and players, have to be careful with what is available for purchase. We’re keeping an eye on how the community feels on this topic, but we think that Bloodstone as part of the one-time-purchase bundles is a nice value proposition for players. Remember, they don’t have to buy the bundles. They can always play the game to earn Bloodstone or trade with other players. There are multiple options!

Thanks so much to Jackson for answering our questions! 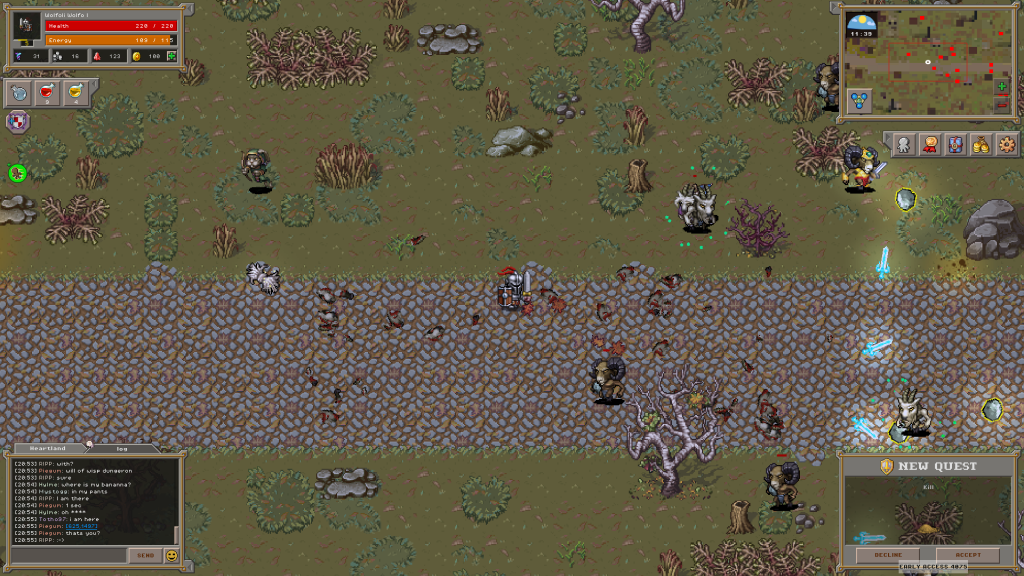 Ultimately, Survived By definitely has potential and is probably one of the more unique mash-up games I’ve played. It definitely needs a couple more hooks for me to dive in more frequently, but you certainly can’t beat the asking price of free-to-play in this early access game climate.

Let me know what you think in the comments, and feel free to suggest the next early access game to feature in Progress Bar. After all, this column is about you and your curiosity just as much as it is about mine!