NetEase joins NCsoft in having a big first quarter financial report for investors, and it didn’t have to bluster about merely surpassing low expectations to do it. That’s because NetEase actually pulled in significantly more money this quarter compared to first quarter of last year, both in its online games division and overall – 18.3% more.

The gaming numbers shouldn’t surprise you at all; NetEase runs the Fantasy Westward Journey franchise, which routinely makes the top few slots on SuperData’s monthly global revenue reports thanks to the veritable mountains of money it makes in China.

Of course, the company is focused on western expansion as well; most notably for us, the company partnered with Blizzard on Diablo Immortal, which is expected to begin testing soon, and with CCP Games on EVE Echoes, which just announced an August launch. Project Ragnarok has also been snagging attention from western press; it’s a full-scale open world RPG hoping to “balance traditional Chinese MMO style gameplay with premium AAA gameplay to appeal to a global audience.” 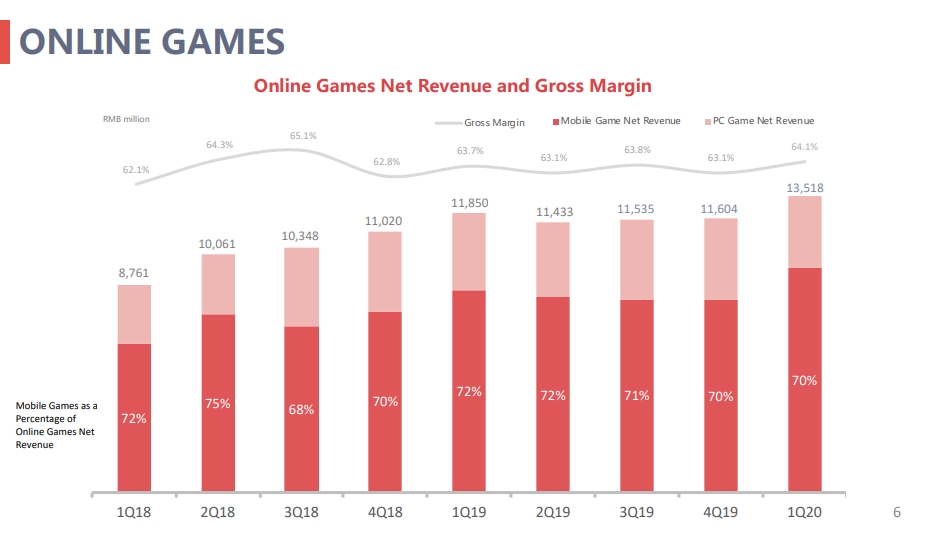