Sometimes the gaming gods do listen! Sometimes you do get your wish. Sometimes your heart’s desires are granted. And that sometime is now!

From day one, I — and many others — have clamored for dedicated persistent multiplayer servers for Astroneer. Originally the focus was as a single-player game (and it’s good at that!), but this survival sandbox is bundles of adorable fun that is even better when played with friends and family. And the set up for that was less than ideal. Until now, you could only invite three other people from your Steam friends list to join in a game while you played. Those friends then had to deal with numerous bugs and glitches as they piggybacked on your client, even if your connection and computer were stellar. Then they got kicked off when you logged off, no matter how deep into a project they were – obviously a less-than-ideal arrangement for multiplayer play.

All that is over. Persistent, dedicated 8-person servers have launched with Update 1.12, and players can finally congregate on a permanent world, either of their own making or from a paid host. So how does it work? 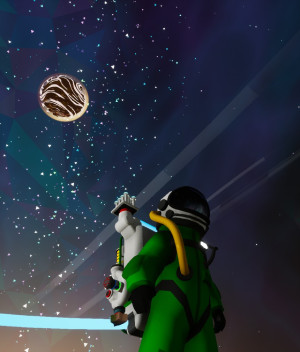 Before you can test a dedicated server, you need to get a dedicated server. The first step in procuring your very own is deciding whether you want to host it yourself or to pay for an external host. If you want to make your own, Astroneer provides instructions on its official site; if you prefer to rent, there is also a link to hook you up directly with the host. Each of these options has benefits and drawbacks.

Personal server: On the plus side, the personal server is free to run on your own equipment where you have complete control. It will receive the same updates as the main game, and it will receive developer support related to gameplay issues (sorry, no troubleshooting of networks, ports, firewalls, etc.).

The big downside is that personal servers will not allow for any cosmetics or achievements. There can also be no cross play between platforms. Another possible negative is that setting up the personal server is a complicated process, one that one of my computer guru friends has yet to get fully up and running because the tools were not initially showing up (still working on that!).

Paid server: If you prefer that someone else host your game server, you have the option to rent one. Leading the positives for this option is access to all the cosmetics and achievements as well as the ability to enable cross platform play between Xbox, Windows 10m anbd Steam. Playing with friends is the whole idea, right? And not all friends play on Steam. Unfortunately for PS4 players, cross play is not possible currently. However, the devs are evaluating it and hope to add that functionality at a later date.

The hosted server’s drawbacks include having to pay another company and being at the mercy of their equipment and customer service. And it isn’t just any company; it’s only one company: Official Astroneer servers are only possible from Nitrado. That means any issues you have with service or availability are just your tough luck. Prices are $2.60 for 3 days, $10.40 for 30 days, and $28.60 for 90 days. [Edi: I’ve discovered you can get another company to host, such as G-Portal, but Astroneer patch notes specifically state, “Nitrado servers are the only way to play on a server and still unlock cosmetics, unlock achievements and enable cross play.” So if you want crossplay and those unlocks, you appear to be stuck.]

Personally, I am not a fan of being deprived in choice for my service, but weighing the options (I need my cosmetics!), I went with renting a server. And I was pleased with how quickly Nitrado got it set up! From picking an option to server open for use was less than 10 minutes. The process guiding you through was super simple. After a little more time I was able to navigate on my dashboard and set up a personalized server name and password.

Now, the crazy part was trying to figure out how to actually play on it. Apparently just logging in via steam does not give you an easy option to pick a dedicated server as with other games — unless you look in the right place. When I launched Astroneer, I went through the whole process of making a new game, but that was a solo game. Before that, I tried to input my server IP into Steam Favorites, and it didn’t show up. So what do I do? 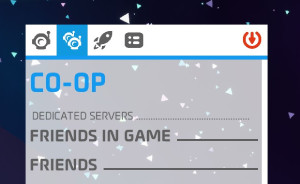 Luckily, there are two little info buttons and a labeled link on my server dashboard that when clicked sends me to a lovely page entitled Direct Connect to a Game Server. Awesome! That’s exactly what I want. Step one, go to your server webinterface. Check, I’m already there. Step two, with server online, start Astroneer on Steam. Check. Three, click “Dedicated Servers,” and… huh? Where is that supposed to be?

After a bit of panic it finally hit me that my brain switched the SOLO on the launch page to DESOLO, moving it from playstyle to the starting planet in my mind. Once I switched to the CO-OP tab, dedicated servers was right at the tippy-top above friends. From there I just added my info and clicked join to launch into my new adventure! Turns out it really is fairly easy if you know the server IP you want to join. (You do need to know or be a server owner as currently there is no listing for public servers.)

So I now have my very own stable Astroneer server to play with friends. Trust me, this is a happy day. (The next really happy day will be when the automation patch hits!) No longer does everyone need to coordinate to play only at times I can be online, but we can all continue our projects independently. Also, there’s the whole “runs better” thing!

While I personally didn’t see any real stability difference (because I was always the host before), the real test was in how it holds up for my guests. So far, consensus is that things are definitely smoother. Joining was also faster, even for the friend with a half-baked potato computer. And the ultimate test: Yes, they stayed online and play when I was not there! We have many cooperative adventures awaiting us now.

A few clouds on a sunny launch

No launch can ever be perfect. But this new mode launch was pretty stellar, even without comparing it to the debacles that were other launches this past week. That said, there are a few points that if different would have made it likely the most perfect launch I’ve ever experienced.

First, remember how I was not thrilled to have no choice when it came to server host? Well, that annoyance escalated when I ran into some server troubles, starting with the host dashboard insisting the server is online and Astroneer assuring me it definitely was offline. It took quite a long while for it it all to sort out the first time (it still hasn’t for the second); in the meantime, I got to be frustrated by the multiple hoops you had to jump through to try and create a support ticket. I finally found the way to email instead of calling. Luckily, my server issues resolved right as I was going to hit send, so support was not needed. Hopefully if it ever is, it will be timely and helpful.

I am also disheartened by how often my server has disappeared over the two days it has been open — first just never reappearing after restarting, then completely booting everyone off and not coming back online during a play session. As of this moment, I am still waiting for it to come back online so I can play more with my friends.

My biggest disappointment is only a personal preference and not something that really reflects on any game play: I can have only eight friends join me. Of course, that is eight at one time, so other friends can actually join in, but there will reach a point where player nine and above will be blocked because the server is full. I understand not having a large number, but I was hoping for more like 12. I guess we will see who my top seven friends and family are now, won’t we?

In the survival genre, there are at least 1001 ways to die, and MJ Guthrie is bound to experience them all — in the interests of sharing them with you! The Survivalist chronicles life and death struggles against all forms of apocalypse, outbreak, mutation, weather, and prehistoric wildlife. And let’s not forget the two-legged enemies! Tune in here and on OPTV to see who feeds better: MJ or the Death Counter.

You said “Astroneer servers are only possible from Nitrado”. That’s not correct, in fact I am playing on one from G-portal right now.

Really? The official patch notes specifically say “Nitrado servers are the only way to play on a server and still unlock cosmetics, unlock achievements and enable cross play.” So you can have servers hosted elsewhere, but you can’t have those features? Do you know if you can unlock any cosmetics? I have added an edit in with this new info. Thanks for sharing it!

You’re welcome. As for unlocking cosmetics, I’ve no idea – I am using cosmetics I’ve previously unlocked (been playing it since the initial release), but I’ll ask the question of gportal.

It seems no, no new unlocks on anyone’s servers aside from Nitrado. But who wants to use their servers, they’re shocking…

I didn’t want to use their servers, and I have had poor service over the two days of server life — but I have friends newly joining to play who definitely want to unlock all the cosmetics. I’m also worried that future events that include cosmetics (I have LOVED those) won’t be available otherwise. And I want them! I de NOT want to miss out on events.

Did I mention I HATE having these kind of restrictions?

Since I started the game with my current unlocks, I wonder if folks could just use planetary unlocks on their own personal worlds and then just have those transfer with them over time or if what’s avail is only what you have when you make the dedicated server character? Questions I want to explore.

Oh, I agree, gating things behind one ‘official’ provider is just bad business, and bad for business too. Just look at the dumpster fire that has been the Last Oasis servers (Nitrado again), and the stupid decisions the devs took. I’ll stick with G-portal, and if there are unlocks, I’ll go back to a single-player save to unlock them, as they carry over anyway! :)

Why can’t you use cosmetics on a personal server?

That was the declaration in the patch notes. Why? No idea.

*edit* To be clear, you can on your personal multiplayer, but not a personal dedicated.