Back at the top of June, Frontier announced that the massive Elite Dangerous expansion it’s been working on for ages is called Odyssey, coming in early 2021. The expansion’s headline feature is a form of “space legs” that allows players to touch down on the surfaces of the planets they’ve already been touring with their spaceships, along with new settings and missions.

So if you’re eager to know more, you’re going to want to take a look at Frontier’s dev vlog that dropped this morning. Dubbed One Giant Leap, it’s apparently going to the be the first in a whole series of preview videos, though this one is specifically focused on the atmospheric planets of the expansion.

“Exploration has always been at the core of the Elite Dangerous experience. With the highly anticipated arrival of Elite Dangerous: Odyssey in early 2021, this fundamental aspect of the game takes on a completely new dimension by introducing on-foot exploration of atmospheric planets. Players will leave the protection of their spaceships and venture out and discover the secrets and hazards those new worlds have to offer, experiencing the thrill of leaving their footprints over previously unexplored terrain.

The Elite Dangerous: Odyssey development team is lavishing great care and attention to detail in the authentic recreation of the ice and rocky planets players will be landing on. Surface pressure, volcanism, atmospheric composition and other geological agents all play a key part on the structure and natural features of each world, capriciously moulding their appearance and making them unique and distinctive.

One of the most stunning changes Elite Dangerous: Odyssey’s on-foot exploration will bring to the game is a completely new perception of scale. When disembarking from their spaceships, players will notice never seen before details, like alien vegetation. This exotic flora can be analysed to obtain genetic information from every new variant encountered, and players can profit from their discoveries by trading in the data.”

The Sunsets and Atmospheres look amazing on the new worlds. This will be closer to Elite Dangerous does NMS than anything else and if they’ve got it right, then I can delete No Man’s Sky from my machine.

Contrary to popular belief, They are still working on VR for this expansion but it won’t be ready at launch. Personally, I’m hoping that we still get VR up to the point where we have to ‘Get out of the Chair’. That should keep people going until the First Person Walking about bit is ready.

Fake news. Frontier has not said they’re working on VR for this expansion.

They’ve also not said there will be any “get out of the chair”. And why would there be? There’s nowhere to get out to because there’s no walking in ships.

What? Elite has shown “Space Legs” from day one…

CGI trailer clips with zero in-game footage is all all Frontier can show now after two years of work???

The entire four and a half minute video has ZERO CGI and is a combo of Real -Life footage and in game Pre-Alpha Gameplay.

Grifter17 wrote “is a combo of Real -Life footage and in game Pre-Alpha Gameplay.”

Looks pretty cool, but a lot of that was alpha dev footage. I hope it is as pretty and fulfilling as they suggest.

While I understand that a lot of dev focus and energy has been on the walking about bits, I hope they’re also delivering some quality of life stuff:
– while I understand that their UI is about delivering a great VR experience, there’s no reason to accept a substandard utility from that UI in pursuit of that VR ideal. PLEASE let the community mod up the UI. Immersion shmimmersion, I want a UI that tells me wtf is going on in as much detail as can be crammed on that damned screen. I want to be able to MOVE UI elements to where I want them, so if I’m flying some great turd with crap for windows, I can at least console myself by putting infotastic UI elements in those bits I can’t see out of.
– there’s no reason most of the integrative functions of inara.cz, eddi, edmarket, eddiscovery can’t be in the game.
– ed was slammed with the moniker “a mile wide, an inch deep” on release…not totally unfairly. It’s deeper…but not much so. There could be so much more in terms of discoverable storylines, quest chains more substantive than “let’s link random mission a to random mission b and give them 15% more rewards to make it feel significant” it doesn’t.
– long range route plotting, MUCH better control / utility to the galaxy map, all sorts of polishy things they could do (I suspect a fair amount of things I see as kludge might be deeply ingrained fan service to the original game; I don’t bear any particular love for Elite, I was playing Space Viking so maybe I don’t feel it) 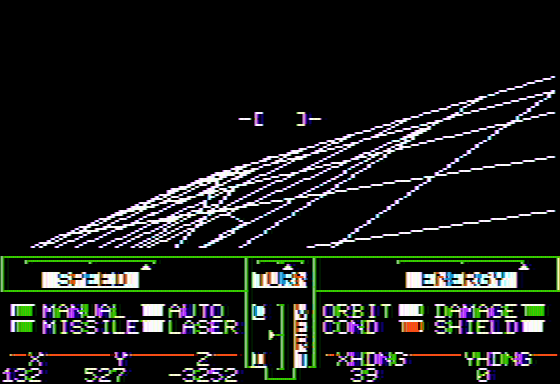 “a lot of that was alpha dev footage.”

None of it was even that.

What the label says is “Pre-alpha development footage”

This sounds super cool but one thing I have learned over the years of playing ED is that what they promise and what they finally deliver tend to have some variance often quite large.

It would be great if they deliver on their vision this one time but I refuse to have any hopes until I get my hands on the released product.

I really hope this ends up being good. I got the game back in beta (I think) but I didn’t really get into it until a few months ago. I’m really enjoying it and this expansion looks very interesting to me. I also hope they add a few social hubs, even if it’s just in select stations.

I hope so too, if it does i’ll do whatever it takes to get it installed. A year or so ago felt like revisiting and just could not get it running past the launcher, always thought it needed another update? was offline? was a real hot mess. Gave up, that space urge had passed.

Literally last week i noticed one of my machines was running low on space? Shouldn’t be, digging around f’ing 40 gig’s of this garbage laying about in two directories, after it was fully uninstalled a year ago, my ass.

Anyway that machine has two 256 evo’s, bought them when they were still pricey, so real estate can run out quick.

There are other games, mmo’s that claim they are fully uninstalled leaving behind the entire game practically, so nothing new really.

… what they promise and what they finally deliver tend to have some variance often quite large.

Preach! Fool me once, shame on you. Fool me twice, shame on me. I, for one, will be seeing it before I believe it.