Dear Niantic and The Pokemon Company,

Thank you for Pokemon Go. Despite my criticism, this is probably the longest I’ve ever played a Pokemon game. Ever. I’ve also probably made more friends with it than any other game in the series as well. So please understand that my criticism comes from a wish to see the game succeed as what’s arguably felt like the closest thing to an official Pokemon MMO to date (though Sword and Shield have helped keep the main series feel more connected than ever before).

With that out of the way, I think someone may have confused Mega Evolution with Dynamaxing. Just hear me out on this.

Now, I don’t want to question your game design or plans for future content too much (at least, not before anything’s released), so let me start off by saying that the recently proposed changes are a good first step at addressing the community concerns about Megas. I appreciate that you heard that players are unhappy with the current implementation. Maybe you noticed that, at least on Reddit, Twitter, and other social media, there was a mixed reaction at best. Maybe you haven’t realized we’re coming from different places.

See, in the main series of Pokemon, you know that we can use Mega Evolution whenever we want once it’s been unlocked. Like, every battle. Even against fishermen with an army of Magikarp. You buy the stone once and evolve it as you please, no extra costs. We can do only one Mega Evolution per battle, but they’re common. I know those games didn’t have raiding until recently, but battles are our lifeblood there, so I guess we figured that would translate into raids for Pokemon Go.

I do enjoy the idea that Pokemon Go allows a Mega form to walk with us, as I feel that adds a kind of immersion the main series doesn’t always get (though I’m hoping it’ll continue from Isle of Armor and into Crown Tundra). But for a series vet, having these temporary forms also be hugely uncommon feels overly restrictive. I understand the need for POGO to be its own game, but even with the proposed changes, they just aren’t sounding like a fun idea.

And I’m a veteran. I’ve had Pokemon Go community members not familiar with the series balk at the idea of a pokemon they can’t keep, let alone one that comes at the cost of raid passes they could use on pokemon they can keep. Your recent changes did help, as players are a bit more interested now that it takes less raids, but they’re looking at Mega Evolution like a trash legendary raid: get one and get out. I don’t think that helps the players, and in the long run, I don’t think it helps you either because we’ll be back here in about a year or so when we get to Dynamaxing. 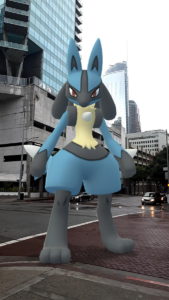 I know you guys know what that is, but maybe I’m looking at this differently than you guys do. See, as a Pokemon Sword player, I know I can’t use my Dynamax/pokemon all the time. There are only specific places I can use it, but they are powerful (aside from a few giant-killers like Eternatus). They last only a few turns, so I have to make them count. It’s nice that I can deal good damage, but I can also buff my allies too. If I don’t go first, I have to build up enough energy to use it, and only one is allowed on the field at a time. And man, I can’t even imagine trying to walk around the game world with one of these! There is a kind of resource involved, but charges are gained and used in Max raids.

This description can be applied to Mega Evolution in Pokemon Go, except your Megas aren’t nearly as strong as a Dynamaxed pokemon, they last longer, the resource system is a bit different (but I understand the need to adapt), and they can travel with me (which makes sense based on size and, well, fun). My concern is what happens when POGO also tries to tackle this. As a series veteran, I already expected Dynamaxing to be an uncommon, temporary form, even when I figured Mega pokemon, if added, would just be done in a slapdash way until Niantic hinted at making them closer to their main series representation.

So I already expected temporary Mega forms – but I also assumed they’d be common. I think most POGO players could have similarly been trained had you started out a Mega Evolution system that was more similar to the main series: with unlockable, temporary forms that can be used often. That’s not just a keyword; it’s probably one of the more palpable ways players can differentiate Megas from Dynamaxed forms. This would make Dynamax forms, which will probably be more powerful and more temporary, easier to accept.

And that didn’t really happen with Mega Evolutions right out of the gate, did it? Even after the changes, getting the resources is rare. I may have access to Mega Beedrill, but since there’s no way for me to get more energy, and knowing that the energy is essentially a premium resource, I have no interest in doing so until I really need to use it. It’s just… not fun. 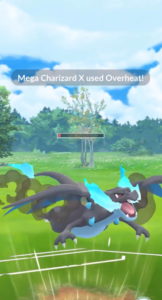 This is why so many people aren’t asking for more Mega Energy but rather for unlockable content. I know that making an individual quest for each Mega Stone is probably too much to ask for, but if you look at your numbers, I’m betting maybe half your playerbase raids at least daily, even before COVID. Tying this to raids probably wasn’t the best idea. I don’t think it’s reasonable for me to keep hoping you’ll scrap the current Mega system and turn all our Mega Energy into a universal currency that allows for unlocking Mega Stones across a species for unlimited evolutions.

But I will implore you to turn the proverbial faucet on. Make it rain Mega Energy. Lower those future evolution costs to single digits. Nerf the bonuses a bit if you have to. Have our Mega-evolved buddy generate Mega Energy while catching (instead of or along with the candy idea). Make the idea of temporary evolutions fun. That way, it’s easier for people to accept stronger forms that may be even more temporary.

Of course, I could still be wrong about you guys. Maybe you’re doing this because Dynamax/Gigantimaxing is going to be way different from our regular raids. Maybe it’s going to kind of solve the gym raiding situation creating instanced raids people can queue up for from home, allowing Dynamaxing to be much more like it is in the main series. I’m sure your employees all have great ideas if you listen to them. It’s just that the Mega Evolution implementation feels like something from an analyst who doesn’t play but looked at the mechanics of the game and told you how to monetize and left.

You guys did a great job on fixing the gym situations so they’re accessible to everyone. The weather system helps keep the gap between new and old veterans short. I love how my buddy pokemon helps me catch stuff and brings neat trinkets that don’t even have a function. I honestly don’t even use their best buddy level up bonus that much; I just like seeing my favorite/coolest Pokemon out exploring with me.

I may not like what you’ve released for Megas right now, but you can rework it. I know it. I’m just one of the people trying to push you to do better.

P.S. Can you also lower that Best Buddies Medal? I mean, 100 pokemon? I might have 50 favorites total, and that’s four more than the total amount of Mega evolutions. I can’t imagine pursuing that medal is fun for anyone.