Last summer in this very column, I argued that ARPGs are the pizza of gaming: Even when they’re bad, they’re still pretty good.

The Torchlight games feel like the best example of that. They’ve never done anything to separate themselves from the pack; they just do the bare minimum needed to provide a functional ARPG experience, but it’s such a good formula that it works anyway. Torchlight games are fun because ARPGs are fun, not because there’s anything special about them in particular.

That brings us to Torchlight III. Once planned to be an MMO under the name Torchlight Frontiers, it’s now just another single-player game with optional online co-op, not that much different from its predecessors. Disappointing though that was, I was still willing to give it a try after picking it up on a Steam sale a few weeks ago.

The funny thing about Torchlight III is that in many ways it is a significant improvement over the previous entries in the franchise, yet I still don’t find myself enjoying it any more. If anything I find it a struggle to keep playing, and I’m not sure I’ll even finish it. Somehow, it just wound up being less than the sum of its parts.

On the plus side, there’s a lot more depth to the build system than in previous Torchlight games. First, you’ve got your choice of class. Disappointingly, there is again only four options, though at least they’ve all got quite a bit of flavor and creativity. I chose sharpshooter, continuing my tradition of playing archers in Torchlight games, if only because it has an ability that lets me fling a ball of rats at people. I really want more rat-based RPG classes.

As before, classes have standard skill trees — only two per class this time — but that’s just scratching the surface of what makes up your character. 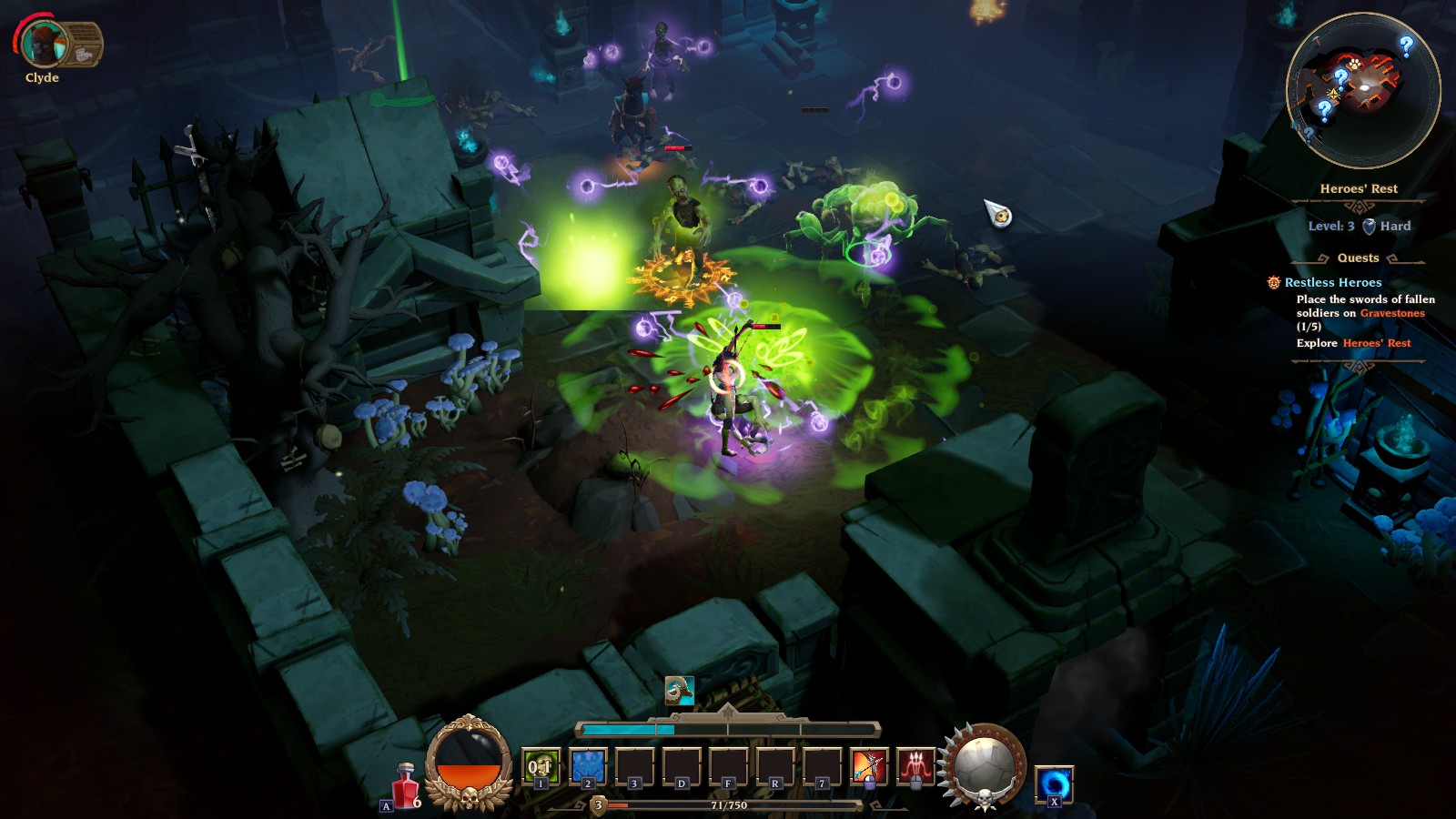 At character creation, you are also prompted to choose one of several “relics.” Despite the name, relics are not items, and you can’t change between them once you’ve picked one. In reality they’re a set of class-agnostic skill trees, whose active abilities are fueled by their own dedicated resource built up over the course of combat.

Depending on how many of your skill points you invest in your relic, it can be a huge part of defining your playstyle. I chose Bane, a relic based on poisoning enemies and summoning spider minions, and pretty much built my entire character around it, doubling down on poison damage and summons as much as possible. Similar to the Outlander of Torchlight II, I didn’t have access to any permanent minions from my class or relic, which is disappointing, but having a continual fountain of disposable pets is the next best thing.

Speaking of permanent pets, TL3 does continue the franchise tradition of giving everyone a single permanent pet to follow them around. This time the selection of pets is much broader, with new ones dropping frequently. Each pet has its own skill, and once unlocked, you can use that skill on any pet. Fully leveled, each pet can have up to four skills, so this is another thing that adds depth to your build possibilities. And they can still go back to town to sell stuff for you, too.

The final element of your build comes from the Legendarium. If you’ve played Diablo III, it functions much like Kanai’s Cube, allowing you to use the powers of up to three legendary items without actually having the items equipped, but unlike the Cube, the Legendarium is available immediately from level one. You even get a few basic legendary powers auto-added as soon as you log in.

TL3 is also uncommonly generous with legendary drop rates, so whether through the Legendarium or your equipped gear, you’ll always have access to a variety of fun powers, like getting more minions from a summon spell or sending bolts of lightning at enemies hit by a particular skill.

The Fame system — which has existed since the first game but never really had a clear purpose — is also much improved this time around. Before, Fame was essentially an extra XP bar that awarded occasional skill points for beating rare monsters and bosses. 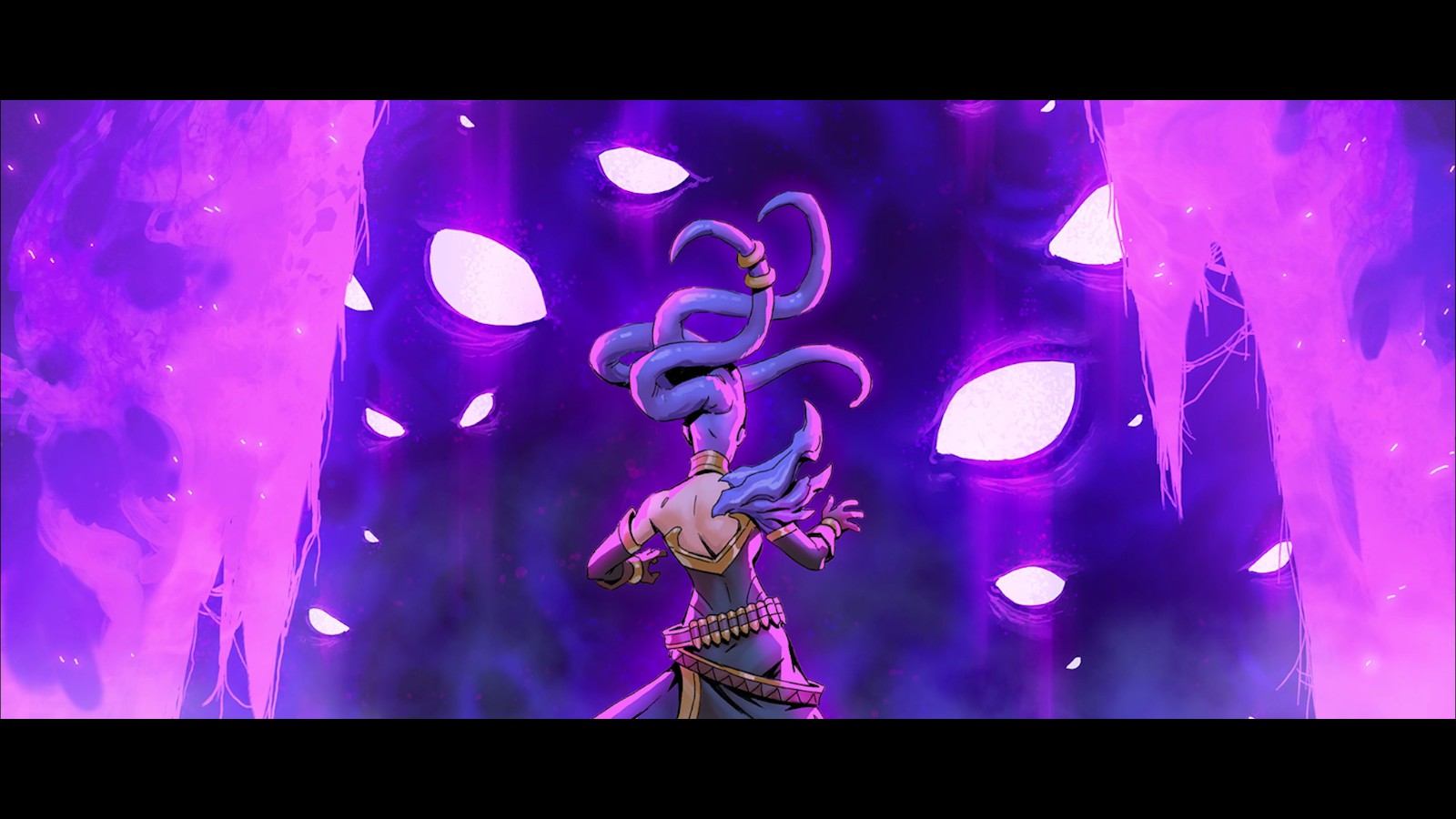 Fame is still earned from hunting the tougher enemies, but it now has a clearer purpose beyond being “XP but not.” It now contributes to Contracts, a reward track similar to a battle pass (minus the IRL monetization). You can choose one of several Contracts, all of which reward a wealth of gear, currency, fort decorations, and more as you progress through them. You can also change Contracts at any time if you’ve gotten all you wanted from your current one.

All of that’s great. So why aren’t I having more fun?

Maybe it’s that combat feels off. It’s not terrible or anything, and honestly I can’t even point to anything specific that bothers me about it, but it just… doesn’t feel right. Maybe it’s just that I played TL3 shortly after spending a lot of time on Wolcen, which has perhaps the smoothest and most fluid combat of any ARPG I’ve played.

Or maybe it’s the lack of enemy variety. The first act, at least, is pretty much just all goblins, all the time. ARPGs are a repetitive genre, but even by that standard, this is ridiculous.

It could also be the lack of meaningful story. That’s always a good way to make me check out, and this is one area of the game where Torchlight III just isn’t even trying.

It’s not as if the previous entries in the series were exceptionally story-driven, but they did put a bit more effort in for II, and I was hoping they’d keep up the momentum this time. No such luck. The story is barely there, and a total retread of the story of the last game. Seriously, it’s just the exact same threat, again.

There’s not even a quest log. There’s only an objective tracker on the side of the screen, so if you want to refresh your memory of the story after not playing for a few days, you’re out of luck. This may seem a minor issue, but I think it’s a sign of how little the developers cared about the story in this game.

Finally, it may be that Torchlight III feels underwhelming because forts — ostensibly a flagship feature for the game — feel more like a vestigial limb than an essential and engaging game system. 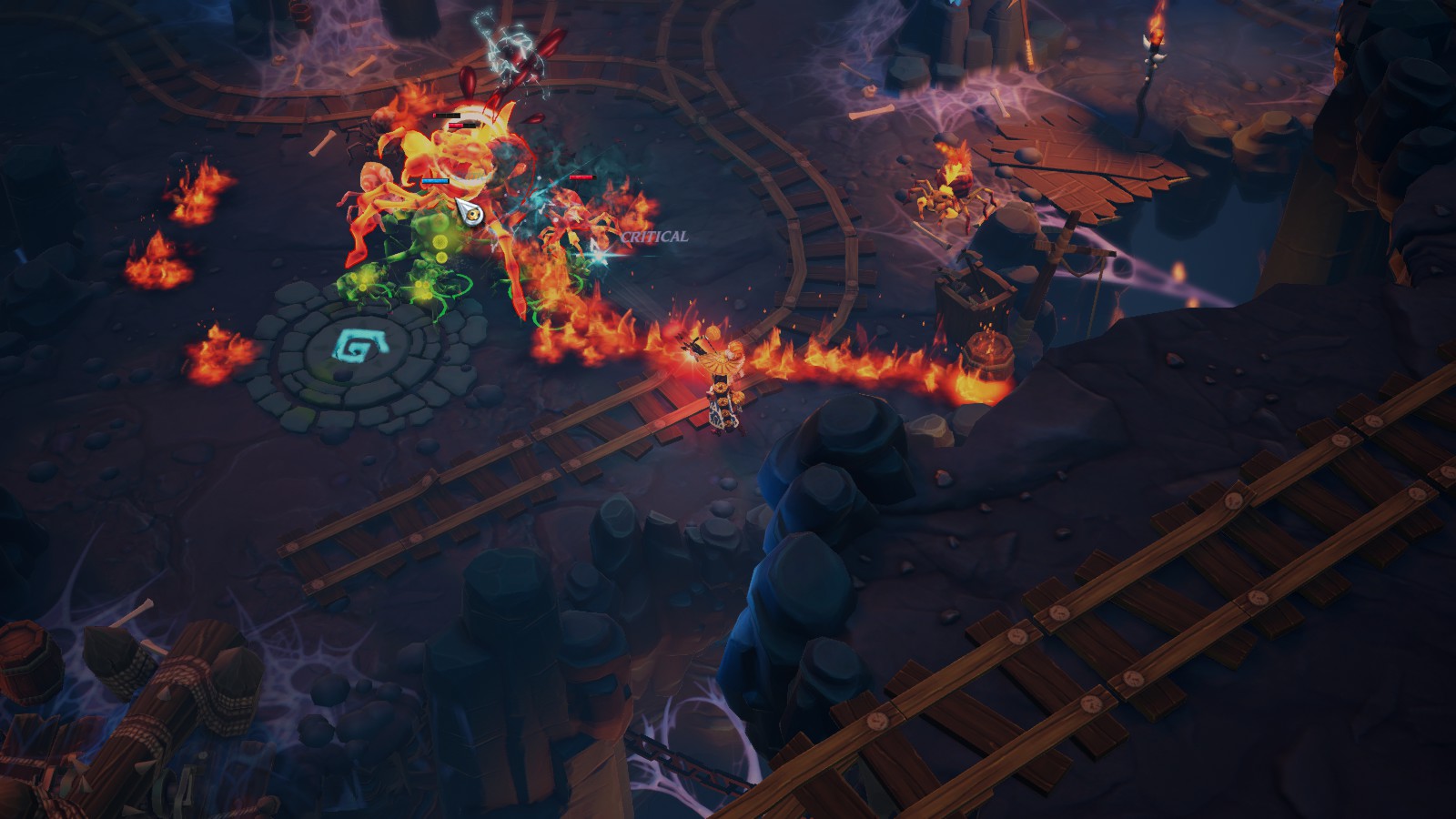 They do have some useful services — like transmog and some shrines you can upgrade for buffs — but you still need to go to town to pick up and turn in quests, among other things, so instead of going back to one hub, you need to constantly go back and forth between two. It feels like forts should have been more like a customizable town and just been a one-stop shop for everything.

On the subject of customization, there is a pretty robust selection of decorations for your forts, which is nice, but without the community (and presumably the long-term persistence) of an MMO, spending a lot of time decorating your fort doesn’t feel particularly worth it to me.

Torchlight III has a lot of good ideas, but somehow it doesn’t feel like it’s come together into a fun game. It just feels — again — like less than the sum of its parts.