The Warhammer Online: Return of Reckoning has effectively transformed into me doing two games at once for Choose My Adventure. Let me explain.

First, I did my very best to follow through on the Return of Reckoning poll choice of finding some RvR. I really truly did try. I was even excited to try my hand at some of the more open PvP, which speaks either to my changing appetite and appreciation of MMO PvP or the way WAR ROR seems to encourage that appetite so well. However, there was no RvR to be found at my tier level. Seeking some Warbands returned no results for players at my rank or level, there wasn’t any immediately obvious method for me to arrive to the open Warbands I joined, and after a bit more careful looking and a quick moment of research, I’m pretty sure I would have been deadweight anyway. Well, even moreso than my skills would have made me.

Every time I fired up the Warband UI, I was met with open bands that were in the latter tier RvR lakes. Basically, everyone was doing endgame RvR, and there were no noob Warbands out there for me to join. I could have perhaps formed one on my own, but my journey through the nearest RvR area to me revealed that would have been useless anyway, as it was completely and utterly barren. There were no others to fight, no opponents to lose to. I even capped a flag that wasn’t under the command of Destruction in the hopes that maybe I would end up drawing the ire of the other faction, but to no avail. 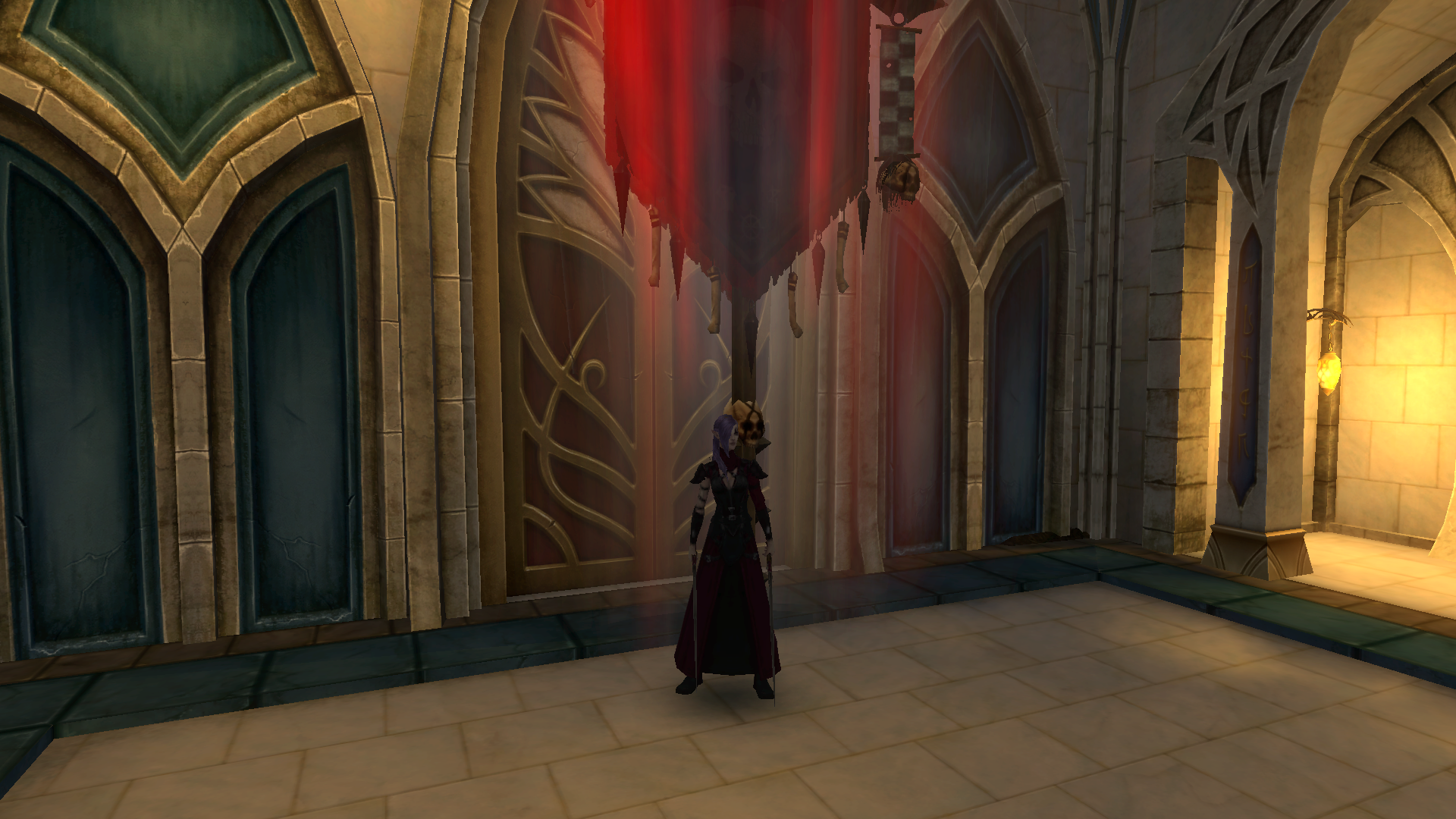 Honestly, I’m not too terribly surprised by this development – just disappointed. Mainly because Return of Reckoning really does feel like one of the finer PvP MMO games out there, particularly for people like me that don’t usually like this style of play and are clinically awful at it. I might keep this game’s icon on my desktop a little while longer in case I want to hop in now and again, try to gain some levels, and maybe really get a taste of RvR. At the same time, though, I’m really not sure I’ll be focusing down too hard. It feels as if everyone’s long since passed me by, and while I don’t fault this game for having an established community, it also does drain my motivation a bit.

With WAR ROR effectively cleared from my schedule, the next few days were spent in Darkfall: Rise of Agon. Almost immediately I was hit with Wurm Online vibes as I made my character (a wolf man, naturally) and was dropped into the middle of the world without any sort of guidance. Having learned my lesson from that time, I very carefully began to study the UI and comb over the information I had in front of me. It was at this point that I noticed there were a couple of to-do lists on the right side involving fighting goblins. Better yet, there was this little nearby farmland that was crawling with the things. 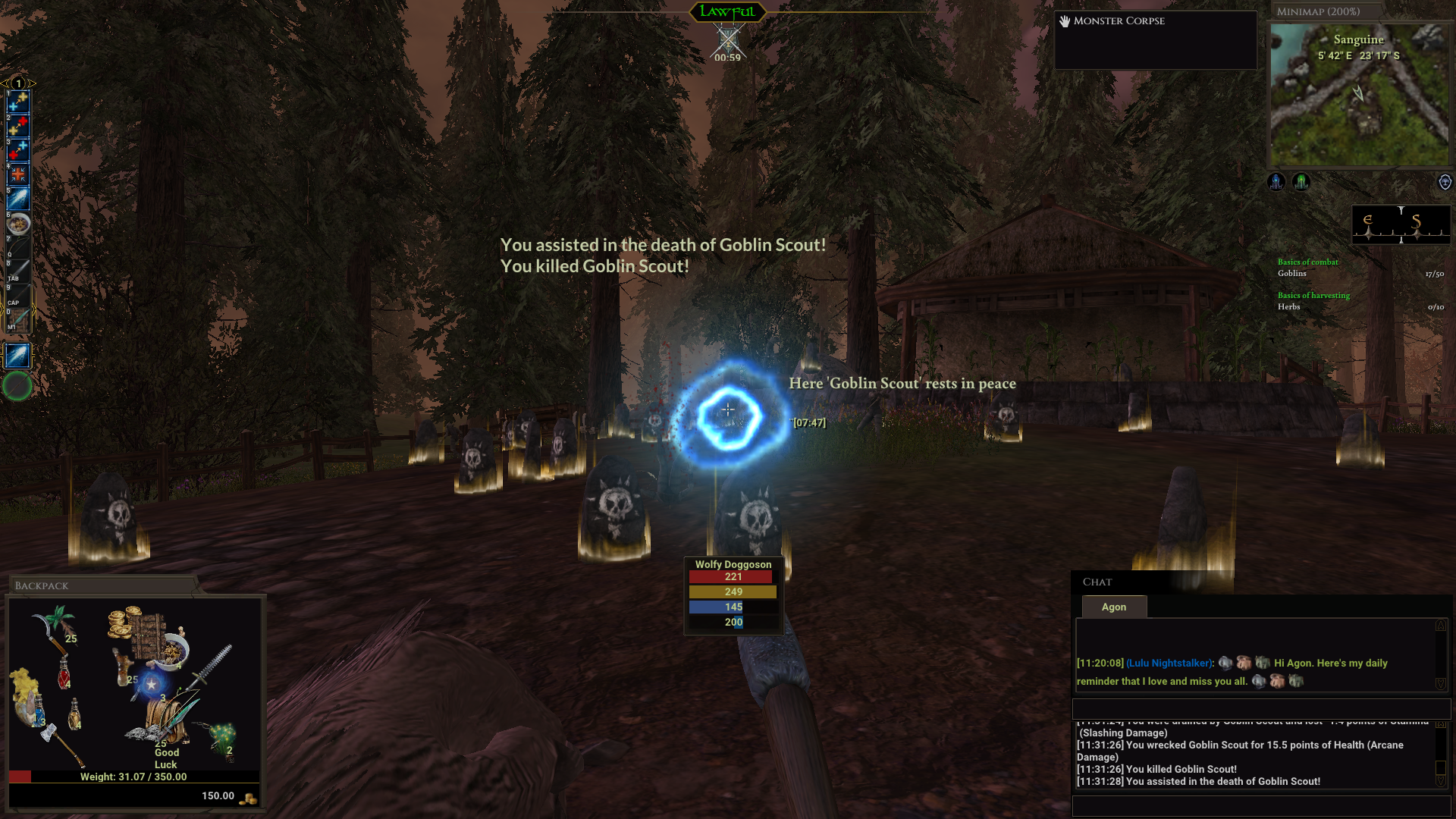 Through this miniature quest objective, I was able to sort my way through being a wolf mage in Rise of Agon. Using spells actually requires FPS aiming and execution, which was made a bit more challenging by the fact that my attacking starter spell has both a cast time as well as a slow moving projectile. Eventually, I was able to get the hang of it, which was good because the initial quest objective was to kill 50 of these things. That might be a daunting number on paper, but this little farm area was just a spawning ground for goblins and they were respawning at an alarming rate.

At one point during my goblin farm adventures, another player arrived to the area. Considering my PvPing focus for the column, my first instinct was to begin flinging spells at them. They returned fire with their bow and arrow, but the blows we were landing weren’t doing much damage and the other player began hopping in place after a bit, which we all know is the universal MMORPG signal for friendliness. We partied up, started killing goblins, and they even gave me a chestpiece to wear.

A couple more hours of wandering, following the guidance quests, and flipping through my spellbook got me more familiar with Rise of Agon’s sandbox gaming, and it all culminated into an imperfect but enjoyable starting experience. It also impressed upon me that this game is a whole lot more dense than a few days’ time would allow, so I’m going to give this one its own full-month focus in a future edition. For now, though, it’s time we move on. 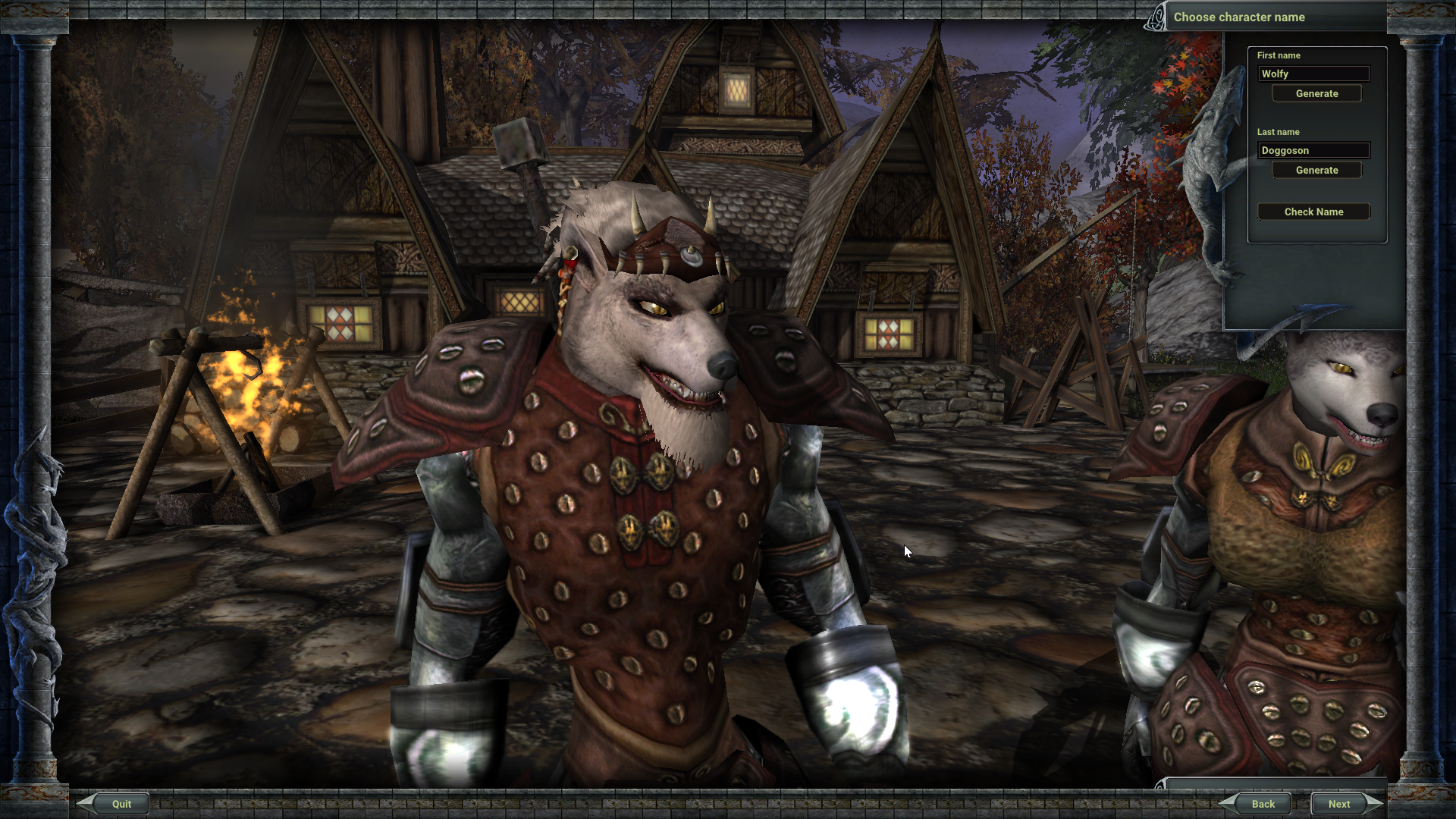 After all of this PvP MMO exposure, I need a palate cleanser, so next month we’re moving on to kiddie MMOs! Yes, I’m trading the severe for the saccharine next month, but I need your help to decide where to go. Sadly, there aren’t a lot of kid-centric MMOs out there, so this poll likely doesn’t have many surprises, but they’re all entirely new to me and so I’m eager to get started.

Which kid-friendly MMO should I try? Choose My Adventure! 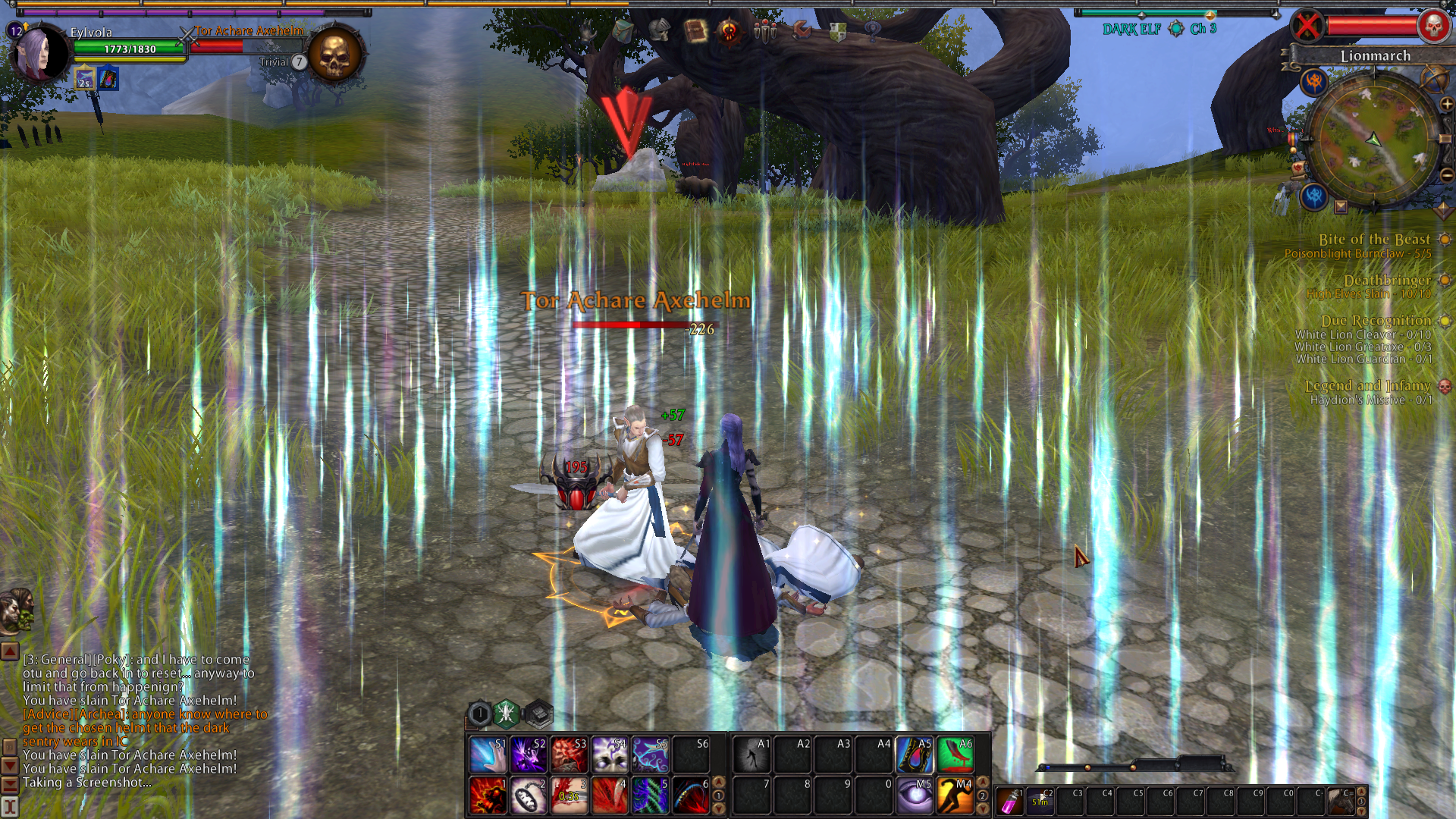 Like always, polls close at 1:00 p.m. this coming Friday, February 26th. Until then, I’m probably going to play more Valheim.