Outriders, the new co-op shooter from publisher Square Enix, is not a game I’ve followed super closely, but with Anthem consigned to eternal purgatory, I could use a new sci-fi shooter in my life, and developer People Can Fly has been kind enough to provide a free public demo prior to the April 1st launch, so I figured why not give it a shot?

Outriders draws its name from a group of elite scouts sent to be the first to explore a planet known as Enoch. Following Earth’s destruction in a geological disaster of unknown origin, Enoch is the only hope for a single arkship that now contains all that remains of humanity. It doesn’t take long for the colonization of Enoch to go badly wrong, and the player soon finds themselves adrift in a brutal, dystopian world of constant violence and little hope.

I want to say that I really appreciate the decision to offer a free demo in the first place, and to call it a demo and not try to mask it under the guise of a “beta.” This is something way more developers should do. I say that because I want to acknowledge that this was the right decision for the players. But it may not have been the right decision for the developers, as this demo sadly did not leave me with a very positive impression of the game.

Picture every over the top gritty, grimdark stereotype you can imagine. Then take all the edginess of that and double it. That’s what the world and setting of Outriders is like. It’s like the writers saw Mad Max and decided the problem with it was that it was so subtle and tasteful. 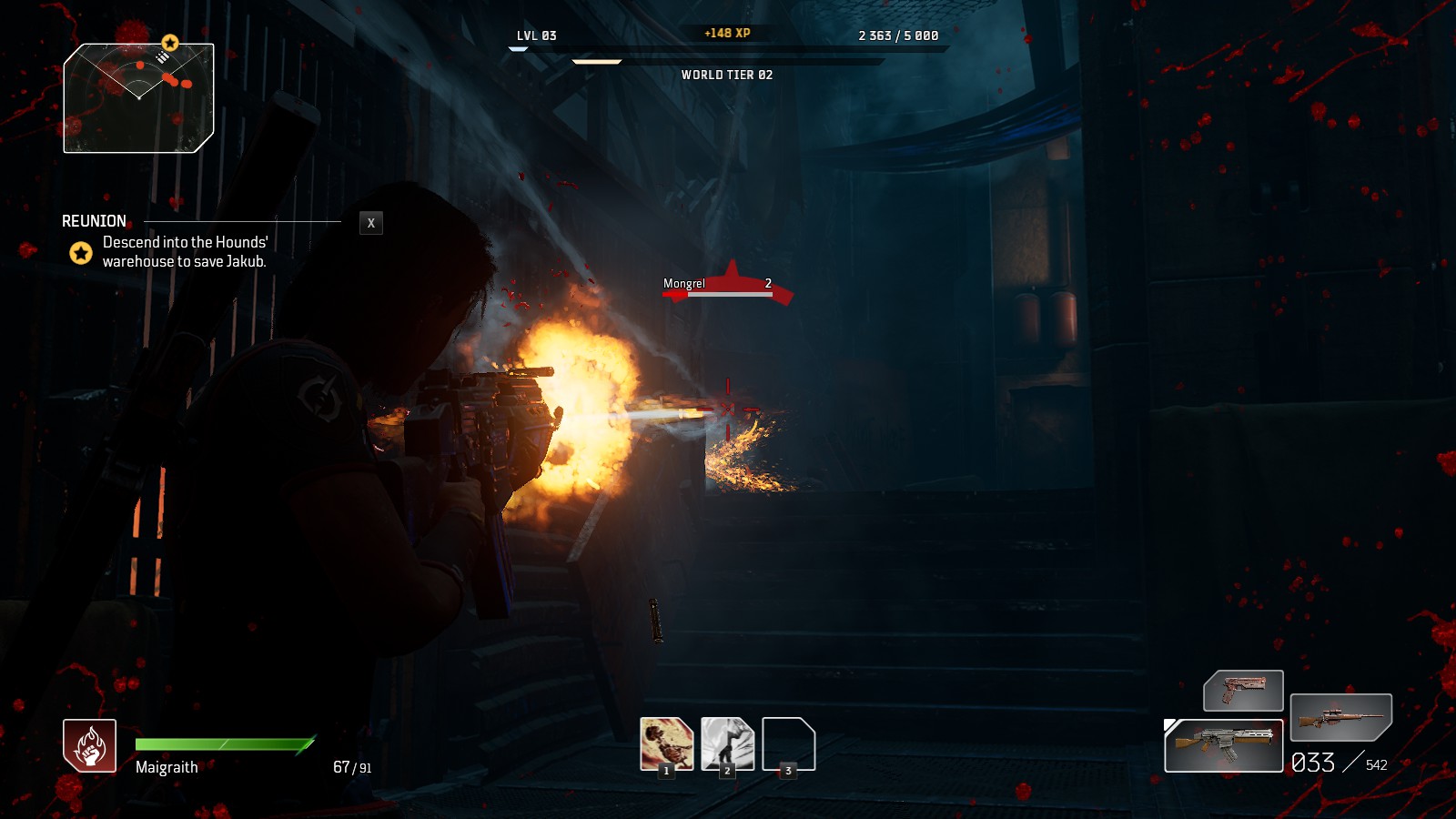 This game is just trying so desperately to be mature it ends up being anything but.

And keep in mind that I’m a fan of all these things. I like broody, edgy characters. I like ultraviolence. I like intense stories. My favorite D&D character that I’m currently playing is an orphaned, one-eyed, half-demon Drow princess. That’s my baseline edgelord level. And even I think this is too much.

Making the story even more hard to swallow is the fact that every cutscene has the worst case of shaky-cam I’ve ever seen. I’ve never gotten motion sickness or anything, but even I found the cutscenes borderline painful to watch. And there’s so many of them. I’m usually arguing for more story in games, and I respect that they wanted to make an effort, but there’s so many cutscenes in the opening sequence of the game that it slows the tutorial gameplay to a crawl, and it just doesn’t seem worth it when the story is so shaky, in every sense of the word.

Once you do finally wade through all that and get to the actual gameplay, it’s actually not bad. Outriders largely follows a familiar looter shooter mold, combining elements of a few similar games. It’s a cover-based shooter, which calls to mind The Division, but each of the game’s four classes can also equip three powerful abilities (from a selection of about 10 per class), which feels a bit more like Warframe or Anthem.

It may simply be that Anthem‘s loss is still a raw wound for me, but I will say Outriders is another game that suffers from the comparison. It’s not that Outriders‘ abilities aren’t cool — they are — but they don’t have Anthem‘s quick cooldowns and satisfying combo system. 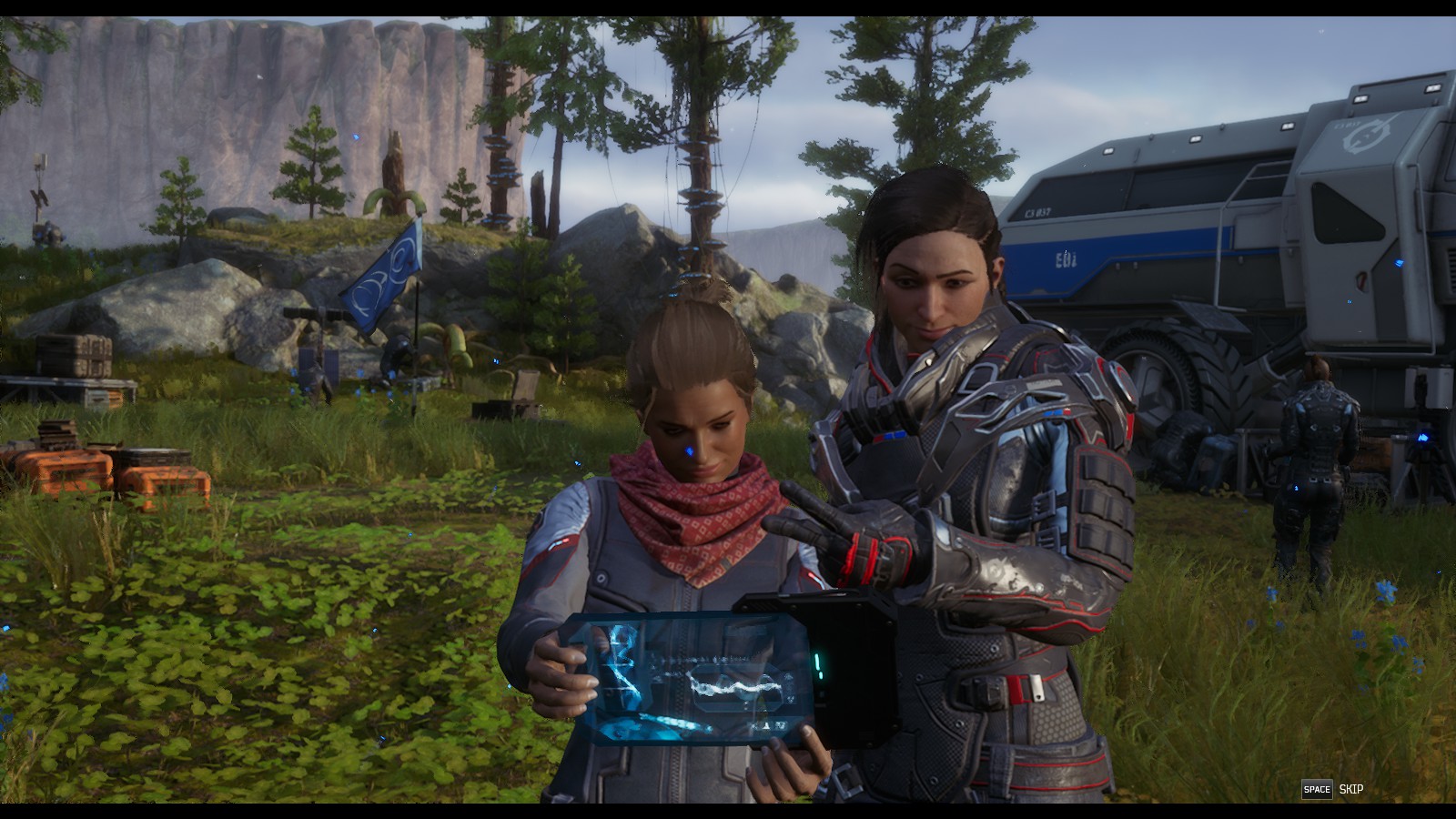 I also found it surprising there’s no way to change your class after you’ve chosen it. I guess that shouldn’t be weird, as it’s how most RPGs still work, but pretty much every other looter shooter I’ve played either had freeform character-building or the ability to swap classes on the fly, so I’ve come to expect it.

There is one concession to alt play: Once you’ve finished the (lengthy) prologue once, you can skip it on future characters.

The gunplay in Outriders does feel a little better than average. All the guns I found felt very powerful, and they can come with some interesting passive abilities. One I found causes enemies to explode in a spectacular fountain of gore, dealing AoE damage to their nearby allies. This is the kind of ultraviolence I can get behind.

On the not-so-massively scale, Outriders leans more towards the single-player end of the spectrum. From what I can tell you will never encounter other players if you don’t invite them, and even if you do your team can only have up to three players.

All in all, if you put the story aside and focus on the gameplay, Outriders is a decent experience, but I can’t quite escape the feeling that it just isn’t anything I haven’t seen before. It does many things well, but there’s not really anything I can point to and say, “This is something better than anything anyone else is doing; this is why you should play Outriders.” I’m not sure it’s doing enough to set itself apart from the pack in a competitive market.

One final thing I should mention is that I did experience frequent crashes on menus in this game. I expect it’s the sort of thing that will be fixed before too long, so I’m not sure it should be used as a mark of how good of a game it is or will eventually be, but it was frustrating enough that I stopped playing sooner than I normally would have when writing one of these columns, and it may have given me a further negative bias against the game. Take from that what you will. 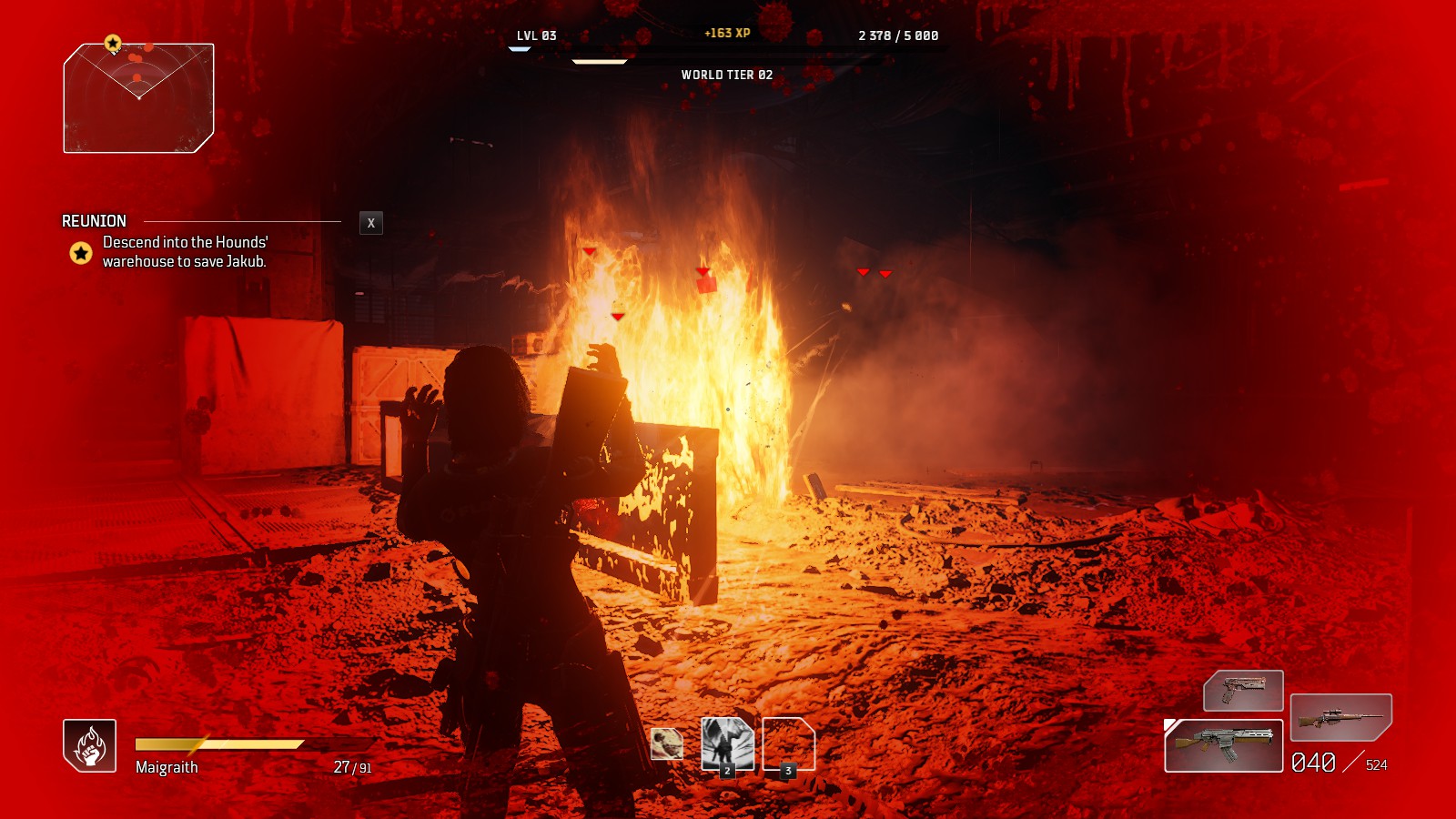 If you’re craving a new shooter and you’re one of those people who skips every cutscene anyway, Outriders could be worth your time. If you care about story or want something more novel, you can probably find better options.