The whole that made up the second phase of Elite Dangerous Odyssey’s alpha testing could easily be broken up into two parts: Frontline Solutions and the related combat zone gameplay, and being able to join friends for whatever other things we wanted without the use of Holo-Me. In my experience, the former felt a little more put together while the latter needed some ironing out.

I’ll start with the party piece of phase 2: combat zones. For those who haven’t been following along, these are on-foot skirmises at system bases when the background simulation sees a system in a state of war. Being able to take part in conflicts and eventually change their outcome is nothing new, but this is the first time players will actually get to join in on the FPS combat side of things instead of ship-based combat. After all, even Star Wars had land and air battles. 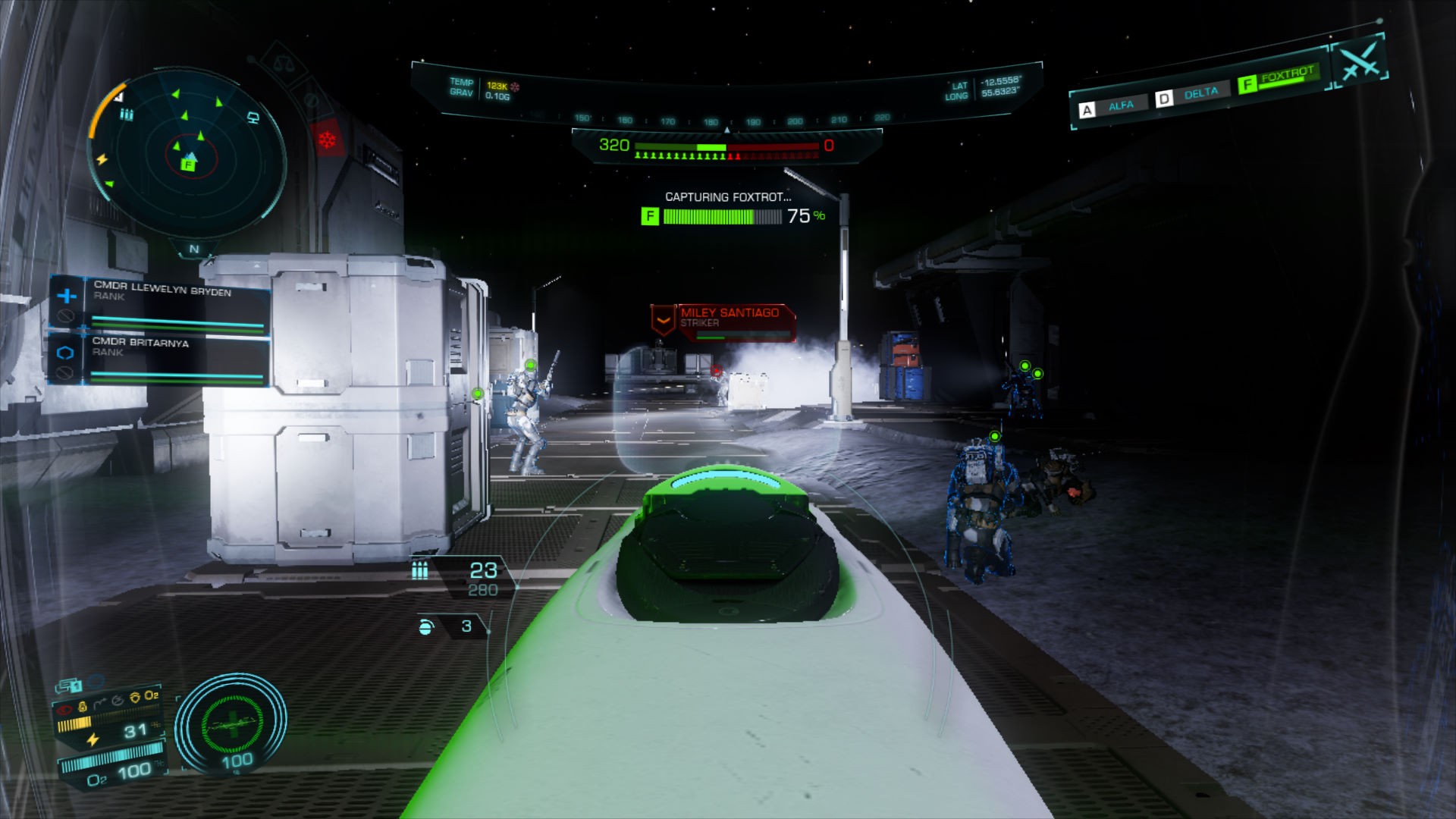 I started my first few attempts at this gameplay loop in private play with my husband and my good friend Britarnya, which meant our teammates and opponents were all AI. This made the whole affair a bit simple as the on-foot AI still leaves a bit to be desired in terms of smarts, but it also wasn’t a complete cakewalk as my husband was taken out after charging blithely ahead without us in tow. Just like in the other on-foot missions, coordination was the key to success as Brit took up the role of squad leader, calling out contacts and their headings while we focused fire on enemies.

It must be said that the FPS combat in Elite Odyssey is not going to compete with any of the more dedicated shooter MMOs or multiplayer games out there. This ain’t no Destiny or Halo by any stretch of the imagination. Still, using the new Dominator combat suit meant we could carry two large weapons at once, meaning I got to use a larger laser SMG to crack shields and switch out to a larger kinetic assault rifle to polish off health, and it all felt extremely good. Also, the mission objectives for every combat zone was precisely the same, keeping things both simple and also perhaps a bit stale. 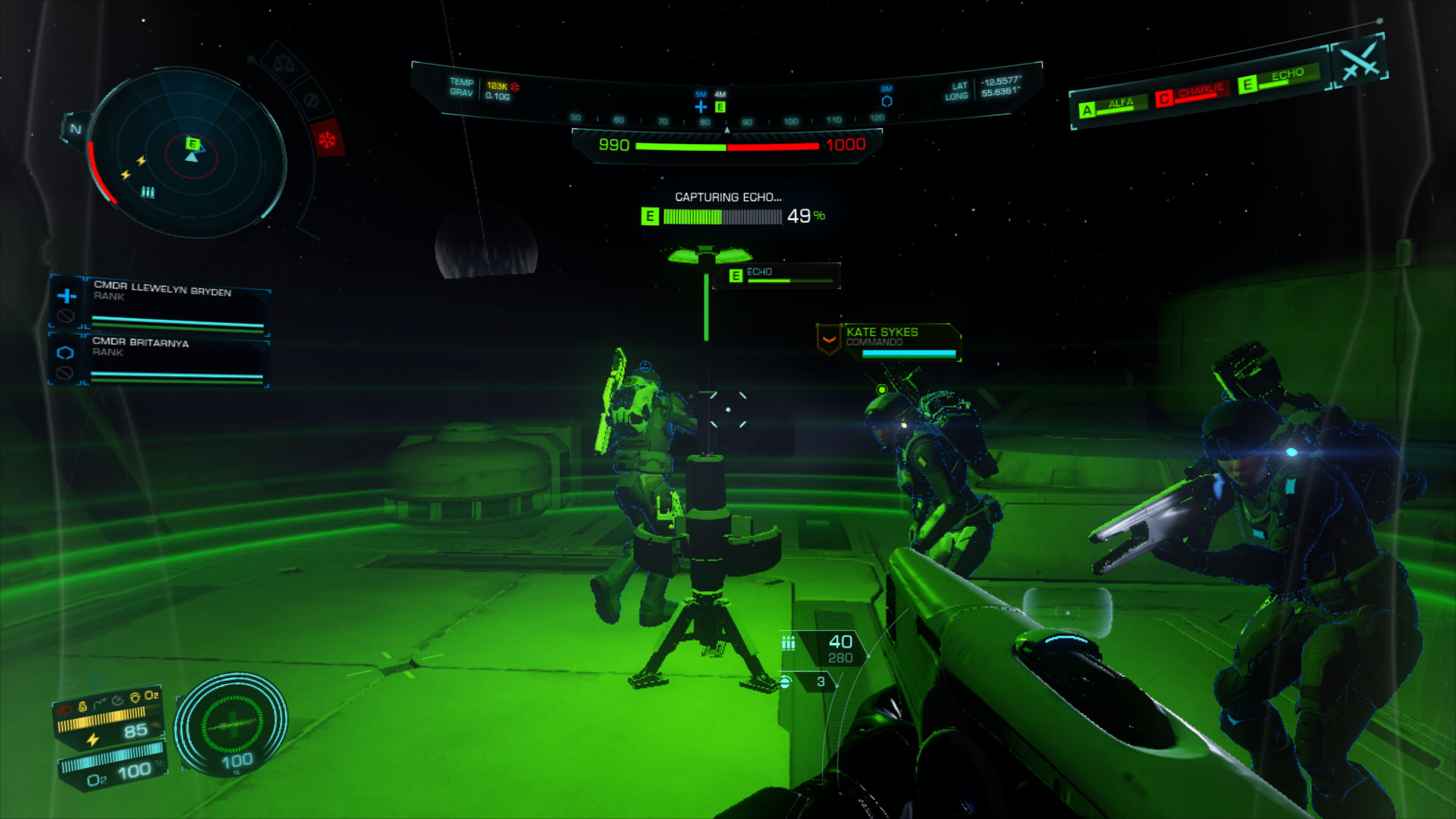 Of course, once I did a few runs in Open Play, things got far spicier. As one would expect, facing off against human opponents made combat engagements a lot more intense and made winning fights feel that much better (the few times I did win fights, anyway). The x-factor of PvP and the fact that dying meant mission failure and a ship ride back to the station I started out from made combat an interesting mix. It was one part pulse-pounding as my opponent and I tried to use cover in a careful balance between fighting it out or running for safety, and one part typical FPS combat shenanigans as foes would take advantage of low gravity to bunny hop around. Some things just never change.

As for rewards, I’m not sure this is an activity that would end up being lucrative from a credits sense, but it did seem to return some reputation rewards, which always seems like the biggest motivator to joining in on these war activities anyway.

I’m not sure I’ll be seeking out combat zones all the time once Odyssey comes to the base game, but if there happens to be a fight breaking out and the factional grind mood strikes, I think I’ll look forward to it. I’m not a particularly skilled combatant, but practice did start to make perfect and I kept coming back time and time again, so there’s something there, clearly. 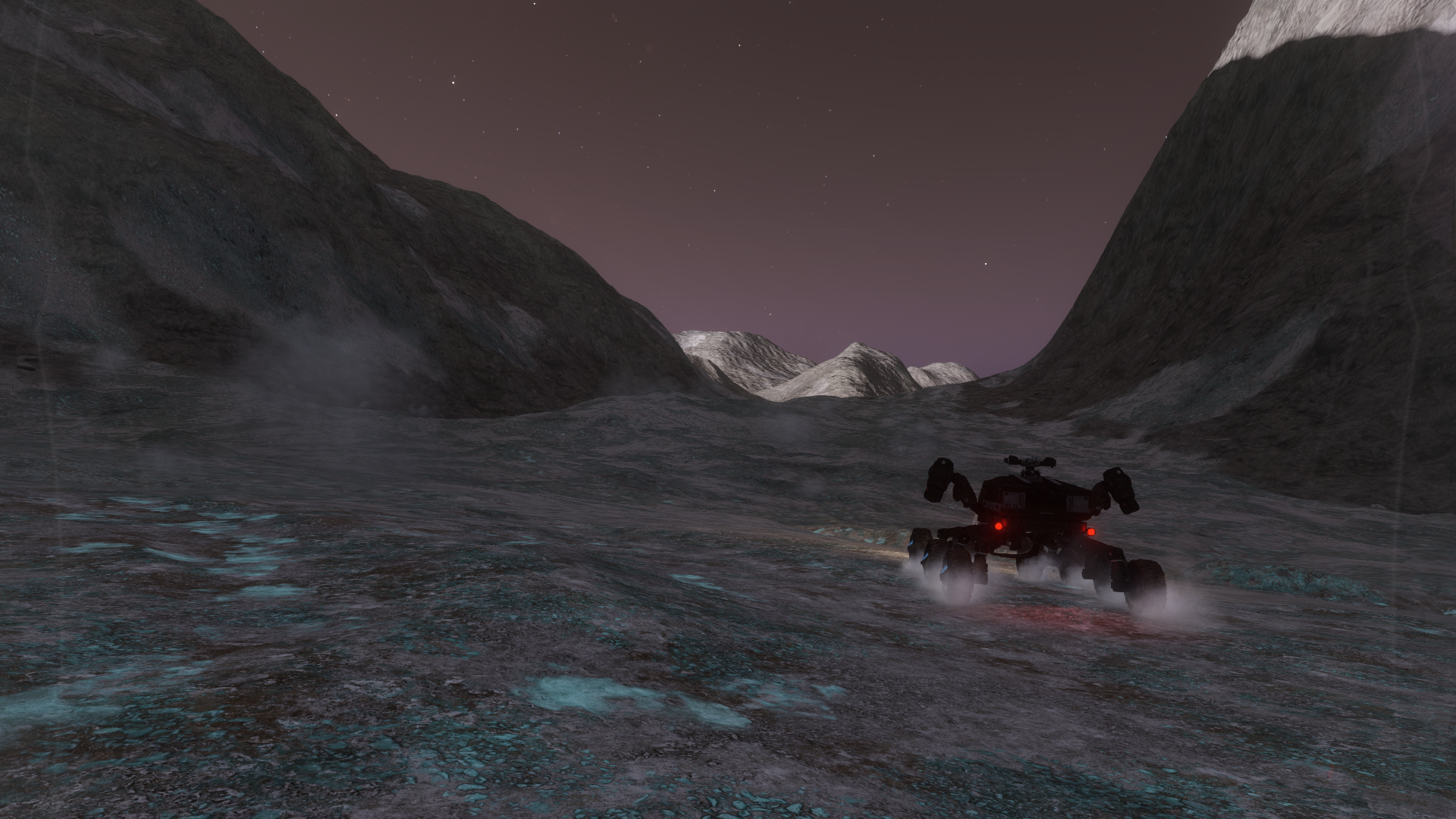 Otherwise, most of my time spent in phase two was focused on trying to physically join my friends for our own fun. This was met with a wide swath of roadblocks as numerous connection issues, crashes, and other bugs stopped the three of us from really enjoying time together. Entering a friend’s ship didn’t immediately work from the hangar. When we were able to work around how to sit in an open multi-crew seat, entering an SRV from there caused a crash. Summoning my ship to a combat zone constantly saw my connection time out, but calling an Apex taxi worked. Instances ended up being randomly cursed, as we would get connection errors when warping to a friend’s system or location.

All of this was certainly expected being an actual alpha test and all, but it was no less frustrating. Mercifully, though, hotfixes did seem to slowly iron things out a bit more, and the brief times I was able to enjoy goofing off with my friends ended up being worth it. At one point I tried to lift my husband up off of the ground as he stood on my ship (he died) and my friend tried to help me scale a mountain via parking my SRV on top of her ship (I died). At another point Brit and I took a leisurely stroll across a planet’s surface, with her on-foot and me in an SRV slowly driving alongside in a very pretty and chill bit of gameplay. It was all broken yet sublime at the same time. 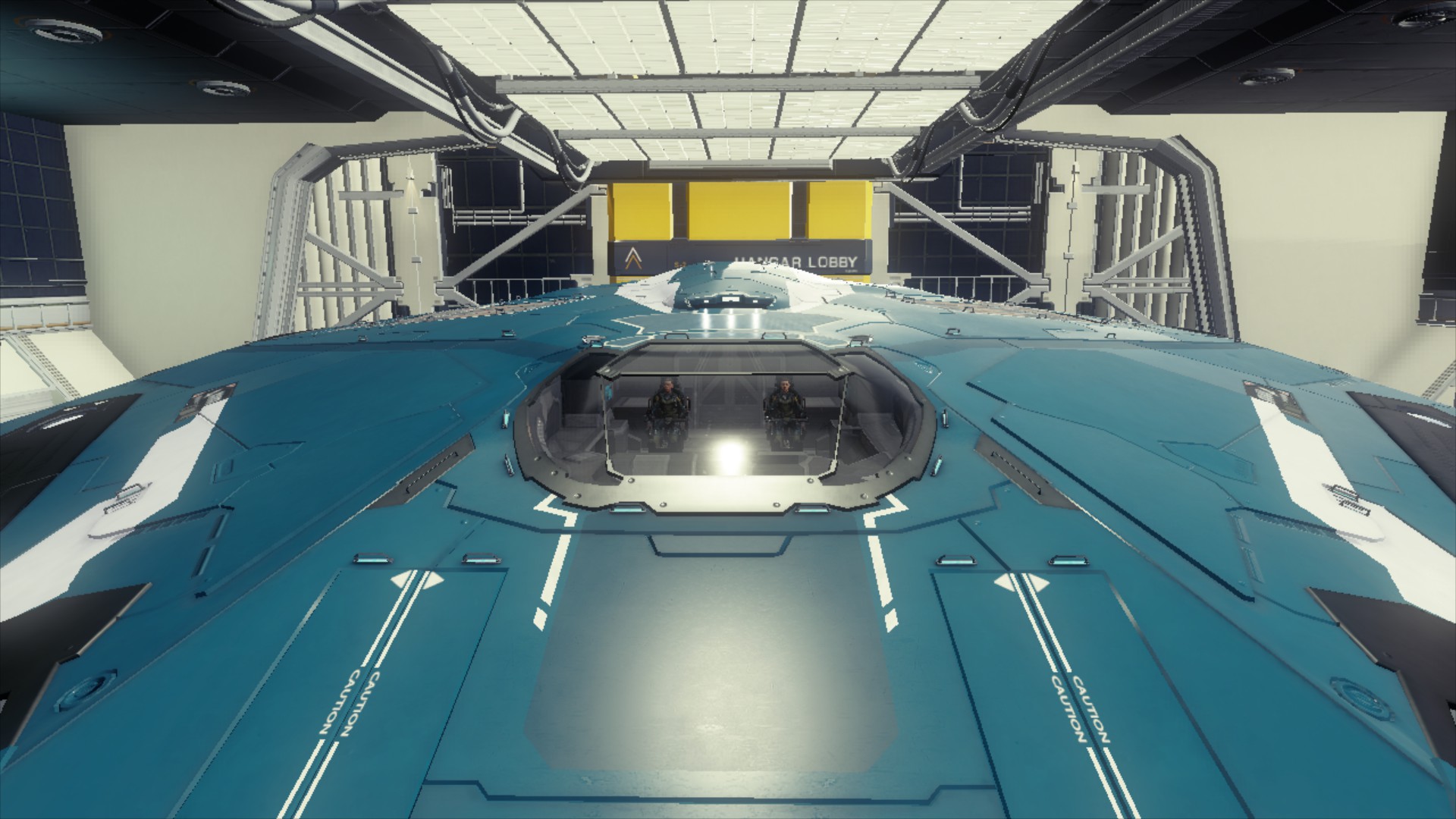 I’m actually a bit surprised that we’re at phase three already, to be honest. I sort of hoped that phase two would run a bit longer in order to iron out bugs and issues. Hopefully, this next phase will prove a bit more stable. The three of us are already making plans; we’ve established something of a planetary home base that’s not too far away from conflict zones that might pop up, plus we’ve got exo-biology to try out and a new planet to romp around on at our leisure. Life in Odyssey is wrinkly but pretty good, and I continue to be eager to try out new things.

Also, I want to thank Britarnya for allowing me to use her screenshots in this article. I’ll bet you can guess which ones are hers and which ones are mine.