Well, the alpha testing has concluded. Frontier Developments have presumably collected all the metrics and opinions they could want, and Elite Dangerous is heading for its new Odyssey expansion. So the questionn that’s expected to ask is: Is it ready?

Yes, but with an asterisk or two. Or three.

As far as my phase 4 experience has been, it was generally positive. Going through all the phases of the alpha, things were getting more and more stable as far as the servers were concerned. Things were mostly working as expected, bar a couple of bugs, and performance… well, maybe it got a bit better, but it’s nowhere completely ready on that front. 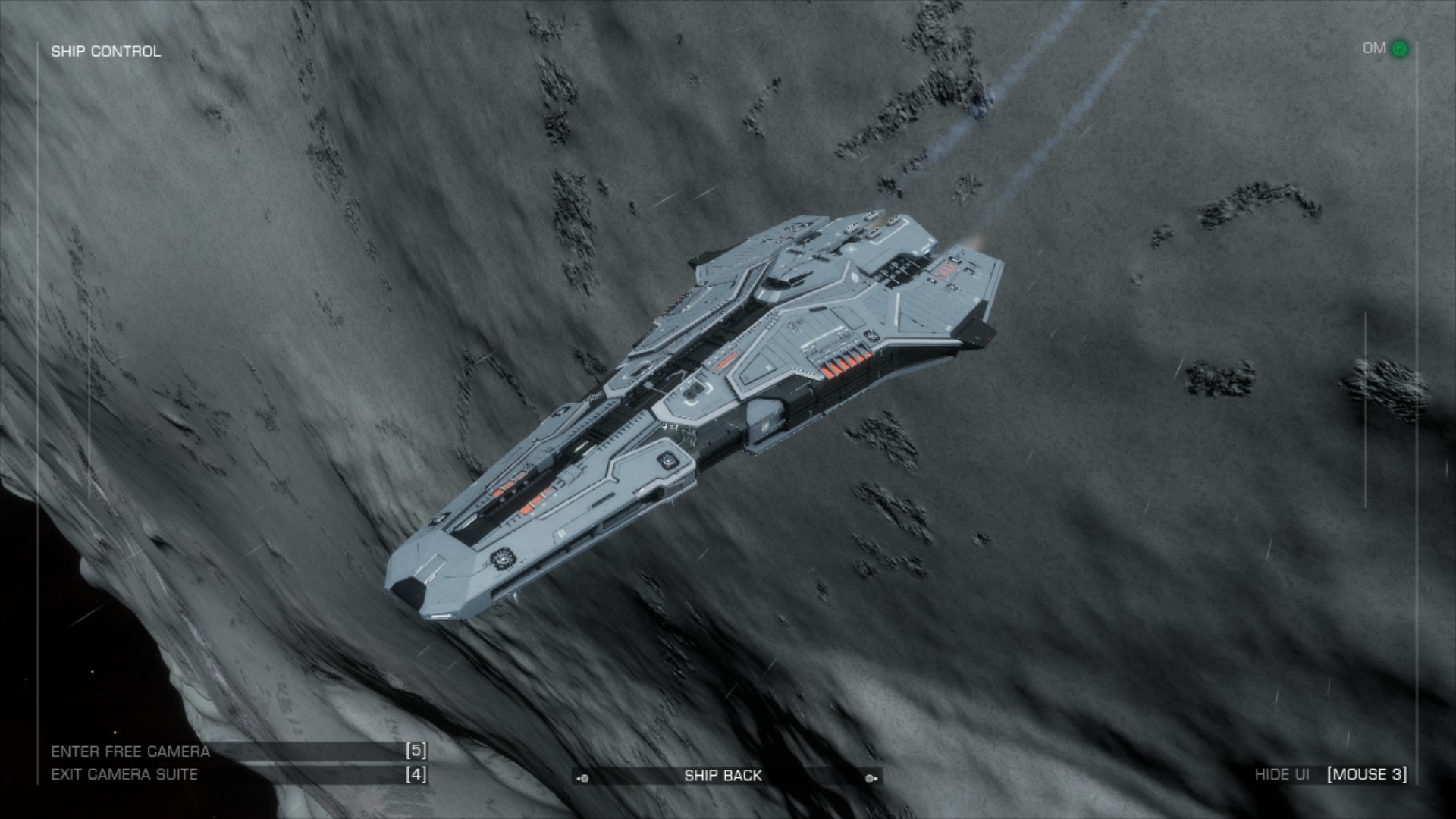 There were still bugs, for the record. Instancing has been a consistent problem for me and my friends as we went through all four phases, and in this phase a completely new one cropped up that prevented us from riding the same ship together to complete a mission each of us picked up for the same location. Considering my playtime for the game is almost exclusively done in multi-crew, that’s a big issue. But other than that, the couple of bugs that I did experience in this phase were mostly just weird, like all of the station ads loading and playing at once.

As far as the entire Odyssey testing experience itself goes, I’ve got mixed feelings. On the one hand, things felt sort of rushed, with testing timetables that seemed to be less than methodical and only a couple of hotfixes each phase to see if adjustments stuck. On the other hand, they also did say that the build used for alpha was weeks old and that this was more about getting feedback on how things felt. But then on the other other hand, wouldn’t it make sense to put the current build and test that instead?

FDev does things differently, I guess. Whether that’s to their benefit or not, and whether the build that will actually be released will address a number of issues or not will only be told with time. As I said at the end of my impressions from phase 3, all I can do is wait and hope. 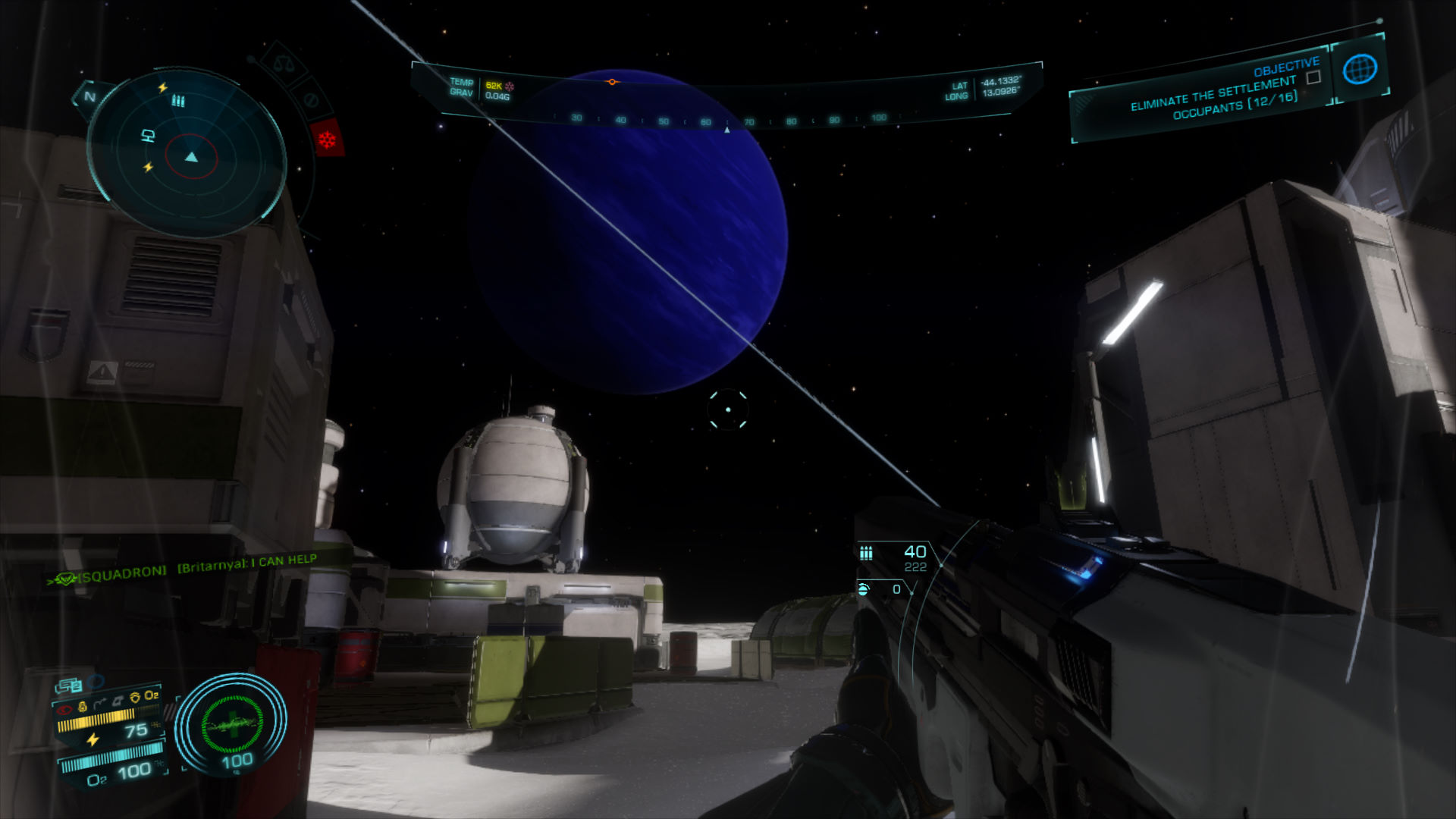 And rest assured, I’m still waiting and eager to play Odyssey once it releases. Bugs notwithstanding, the vast majority of this expansion’s gameplay was a lot of fun, adding new layers to the game’s world and making it feel more alive than ever before. There’s something about walking in to a station and being immersed in the ambience of the location, watching ships enter and leave while listening to the advertisements play and some of the idle NPC chatter.

Another thing this expansion seems to do well is impart a sense of scale. Sure, the game’s universe already feels big, but it’s hard to really gauge the size of things when your avatar is a cockpit HUD or even a ship visible via third-person view. Standing at the side of my Chieftain or my Type-7 and appreciating just how big these machines are, however, was surprising in the best way.

As for everything else, I actually found the other stuff in Odyssey quite fun. The on-foot enemy AI can sometimes leave a lot to be desired, but then I think about the enemies in combat zones beginning to better use grenades or the time I diverted an NPC while my friend scanned them to steal their security access. I remember feeling a bit like a ninja when I was sneaking around a base, dismantling turrets in an effort to power up an occupied base right before the alarms went off. I remember being actually eager to jump in to FPS PvP fights in spite of my usual aversion to such an activity. Really, about the biggest miss for me is exobiology. 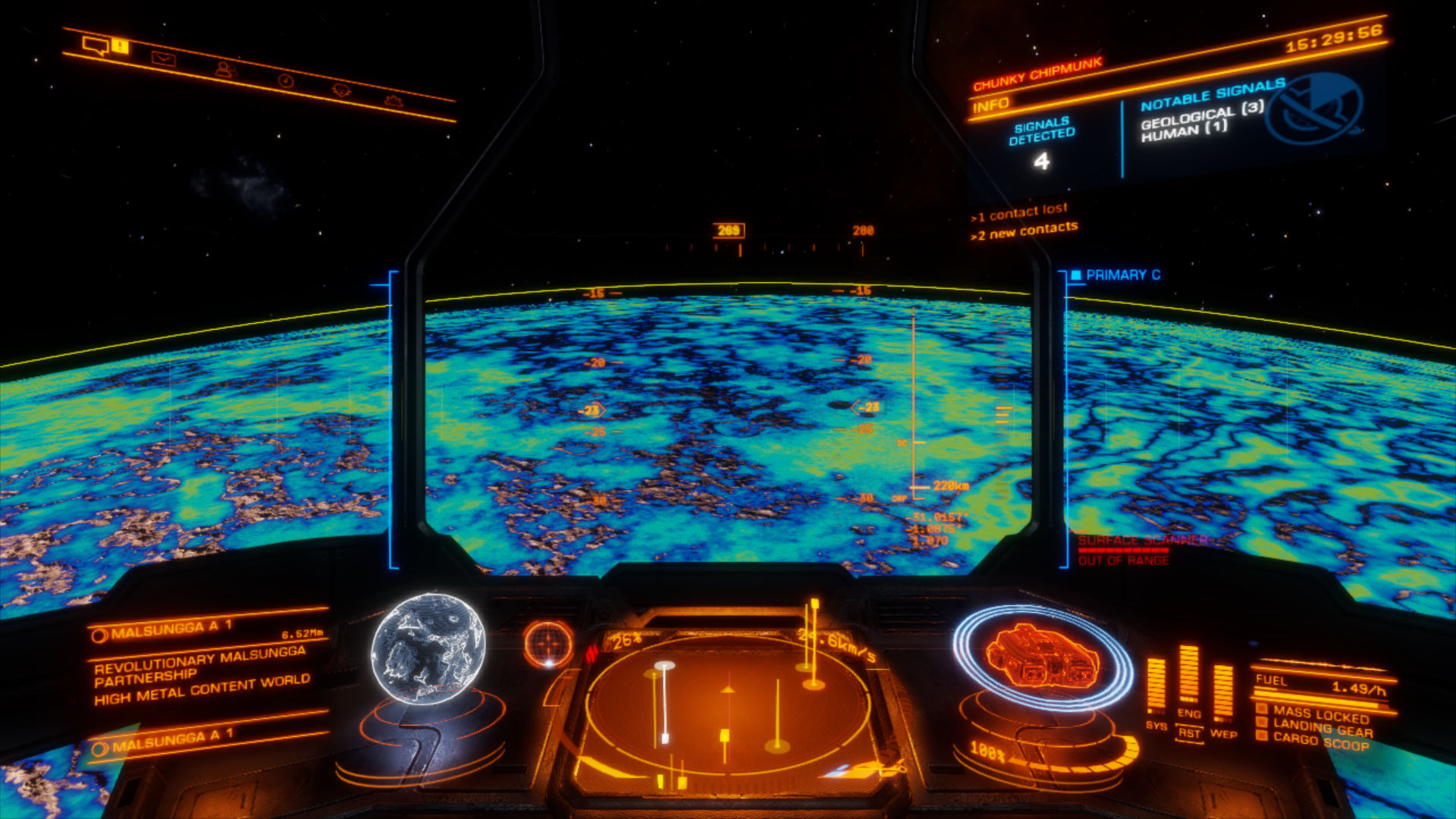 That said, even the stuff I enjoy I admit is middling. This game’s first-person combat isn’t great but it’s also not bad. On-foot missions are alright but not what I’d call mind-blowingly compelling. I would love to remark on the exobiology loop but am unable to do so since it still didn’t work for me, but the fact that they changed it to a point-and-click affair leaves me shrugging my shoulders. With all of that said, I wasn’t looking for Odyssey to blow my mind. I was just looking for more Elite, and that’s kind of what this expansion is giving me.

I guess I can chalk up my interest in Odyssey to the fact that I’m still pretty new to the game (despite having nearly 200 hours in-game). I am not one of the old guard who has been in the grind for a long time and was hoping for a drastic shakeup. I wasn’t putting all of my eggs in the expansion’s basket to revolutionize things. All I was looking for was some new things to do and to feel like I’m a part of the world instead of a sentient spaceship. That’s what I’m getting.

I’ll admit that Odyssey feels like a foundation with some rickety walls and I’ll also admit to my frustration at not knowing if those walls will be strong until the expansion actually releases. However, there is a foundation here, and I genuinely want FDev to build upon this foundation and make Odyssey truly grow. And there’s plenty of ways this expansion can grow; more combat zone modes, more weapons, more armor, new locations, new locales, the potential to personally traverse Thargoid bases. Also, for the love of Pete, please optimize this thing.

After all this testing, I’m not sure Odyssey is going to be great. But it is good, and that’s all I really want. Your mileage may vary.

I’ll agree with the Phase 4 overview. So much better than the Phase 3 and the fact you could stand next to and walk around (not inside obviously) your own ships was quite emotional for this old timer (3000+ hours). The stability of Phase 4 was a vast improvement.

I do wish they’d made clear at the very beginning that this was very much a subset of the features that are getting in Odyssey at the start and that the alpha was a branch taken months before. That would have helped alleviate a lot of the anxiety some people were having about the state of the final release.

The FP combat is good enough, there are a couple of gameplay issues I hope they get sorted (I swear if the panels on those crashed satellites don’t fall out properly, I’ll lose my mind! AND Don’t get me started about punching a ship to death!) and that exploration game loop has got to be better.

But, apart from that, actually looking forward to it. I do want to see what extra’s we’re getting (rumours of new SRVs and ships are abound at the moment) but the first thing I’ll be doing is heading out to my favourite system and make sure that I get the first footfall on all the planets I can.

I’m feeling like this is terribly rushed, and will probably give it a pass for the likely months of public beta* before I probably, eventually, in all honesty buy in.

*because let’s be blunt: that’s what it will be. I understand the logic of branching your code, and alpha-releasing some stuff to spot-test it. But that doesn’t make ANY sense just before release date. Certainly they have beta testers of their own. But there’s typically orders of magnitude more players than testers, and orders of magnitude more stuff discovered.

We have ANY information about new ships? Maybe new ground vehicles?

Perhaps I’m alone but while the idea of walking around (and shooting each others) is “fun” I fear it’s ultimately a bit of a distraction and dead-end. Investing in that, bringing it even close to 2021 standards/expectations (because it’s not there) is going to take a LOT of effort from a team that doesn’t have deep experience (AFAIK) in that field.

Absolutely, I’ll be getting this a few months down the line.