Everything is going super great at Blizzard Entertainment, and the proof of this can be found in the newest announcement of employment shakeups. Jeff Kaplan, a veteran of the studio who was until today serving as game director of Overwatch, has apparently departed Blizzard after 19 years. Given that this is not even the first time this month that the studio has hemorrhaged important talent, you’d be well within your rights to wonder whether there’s something rotten in the state of the studio. Here’s the painfully brief farewell letter: 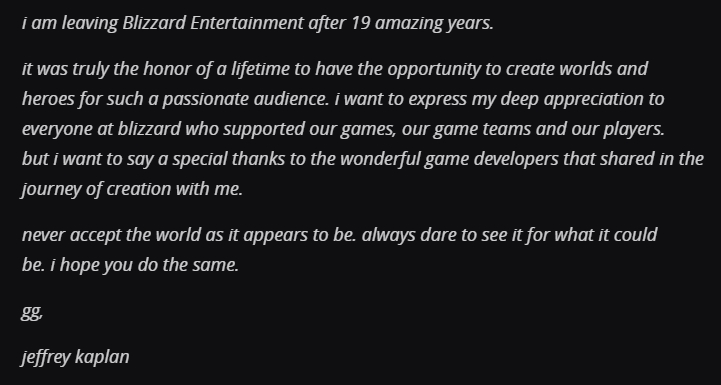 Kaplan will be succeeded by Aaron Keller, who was also a founding member of the Overwatch team. Keller’s note to the community promises that there will be more to share about Overwatch 2 in the near future, although we understand if fans are a bit more anxious in wake of the fact that Kaplan is out altogether.