Last fall, this column covered Iron Harvest 1920, an alternate history RTS with a strong multiplayer emphasis and surprisingly poignant story-telling. Once I got into the full game, it only continued to impress, and I’ve been following it since. I thought now might be a good time to take stock of how Iron Harvest has evolved since launch.

The game has been patched pretty aggressively since its release, following an initial schedule of weekly updates that eventually wound down to biweekly updates, and now more infrequent patches. Every aspect of the game and every playstyle has received at least some love in that time.

Last December saw the release of the game’s first story DLC, Rusviet Revolution. It picked up immediately after the end of the main campaign, and as the name would imply, it put the spotlight on the Rusviet faction.

I will be honest and say I didn’t find the DLC to have quite the same level of quality as the main campaign. For instance, there’s no pre-rendered cinematics, only in-game cutscenes.

That being said, if it disappoints, that’s mostly because the base game’s campaign set such a very high standard. Rusviet Revolution continued to offer strong and morally complex story-telling, and I’d definitely recommend it to any fan of the game. Just keep your expectations realistic.

I will give Rusviet Revolution some praise for giving a lot more attention to the character of Olga Morozova. She felt rather neglected in the main campaign, which is a bit strange when you consider she’s generally the face of the Rusviet faction in marketing materials, the same way Anna and Gunter are for Polania and Saxony respectively. High time she got a starring role. 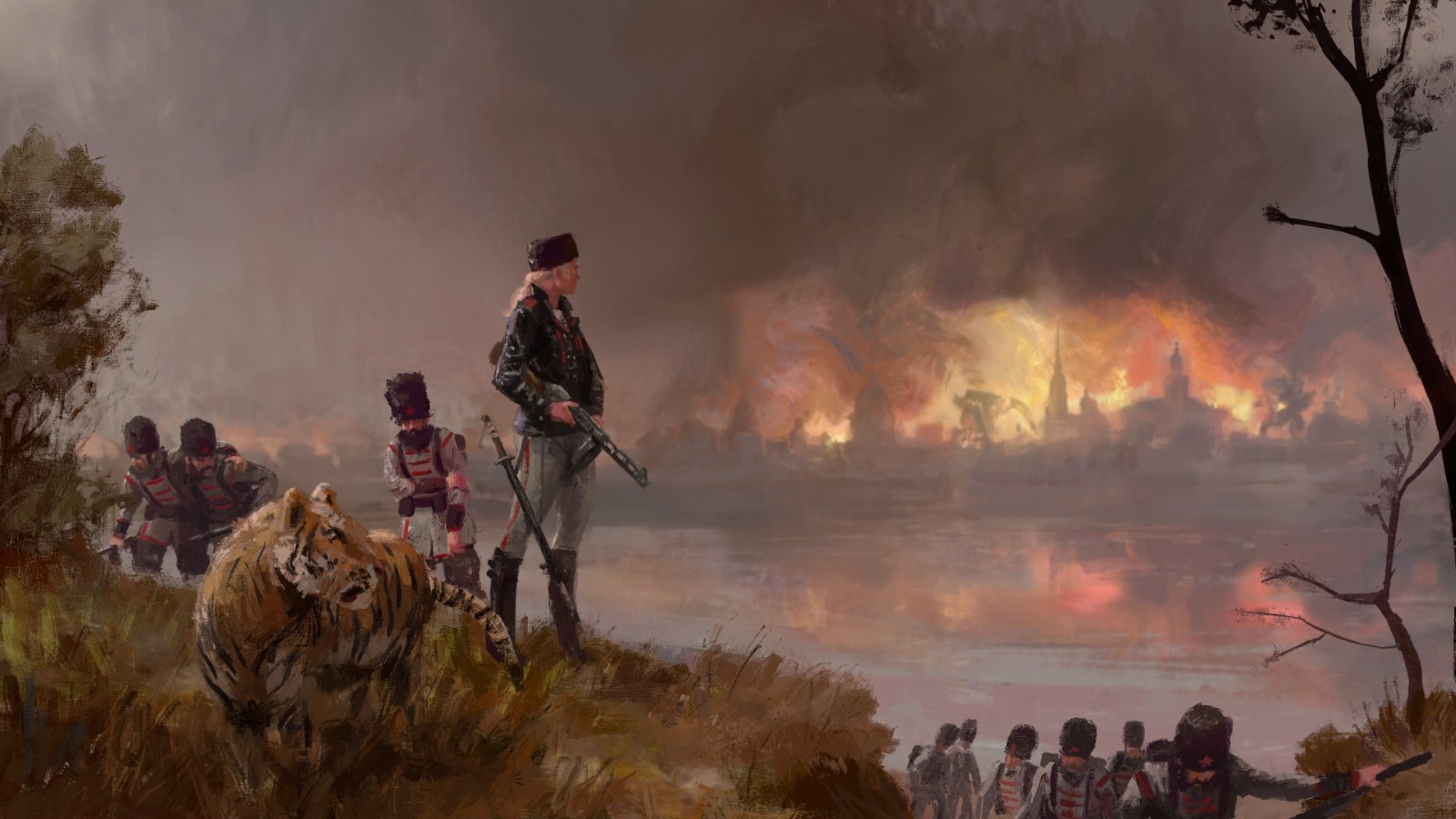 When Iron Harvest launched, it took some justified heat for not having co-op support for its campaign, which had been a selling feature of the game (even listed on its Steam page). However, the good news is it took very little time to clear that up, as co-op was added only a few short weeks after launch. One wonders why the team didn’t just delay the launch a few weeks to avoid the controversy, but at least all is well on the co-op front now. Rusviet Revolution had co-op support at launch, so we can probably assume that will be the case for any new story going forward.

Also on the subject of new ways to experience the game, a few months back a new mode was added for competitive play and skirmishes versus AI: Drop Zone. Drop Zone is similar to the Domination mode in that players must compete to earn Victory Points, with the first player/team to exceed a certain threshold achieving victory. But whereas Domination is about controlling static control points, Drop Zone features “supply drops” that appear at random locations across the map throughout the match. Each supply drop captured allows players to earn Victory Points.

For my money, Drop Zone is the best way to experience Iron Harvest (outside of the campaign, anyway). The need to react to unpredictable drops keeps the gameplay dynamic and makes the best use of Iron Harvest‘s emphasis on positioning and using terrain to your advantage.

To be fair, I might be a little biased. I’m a Polania main, and Drop Zone really allows Polania’s mobility to shine. 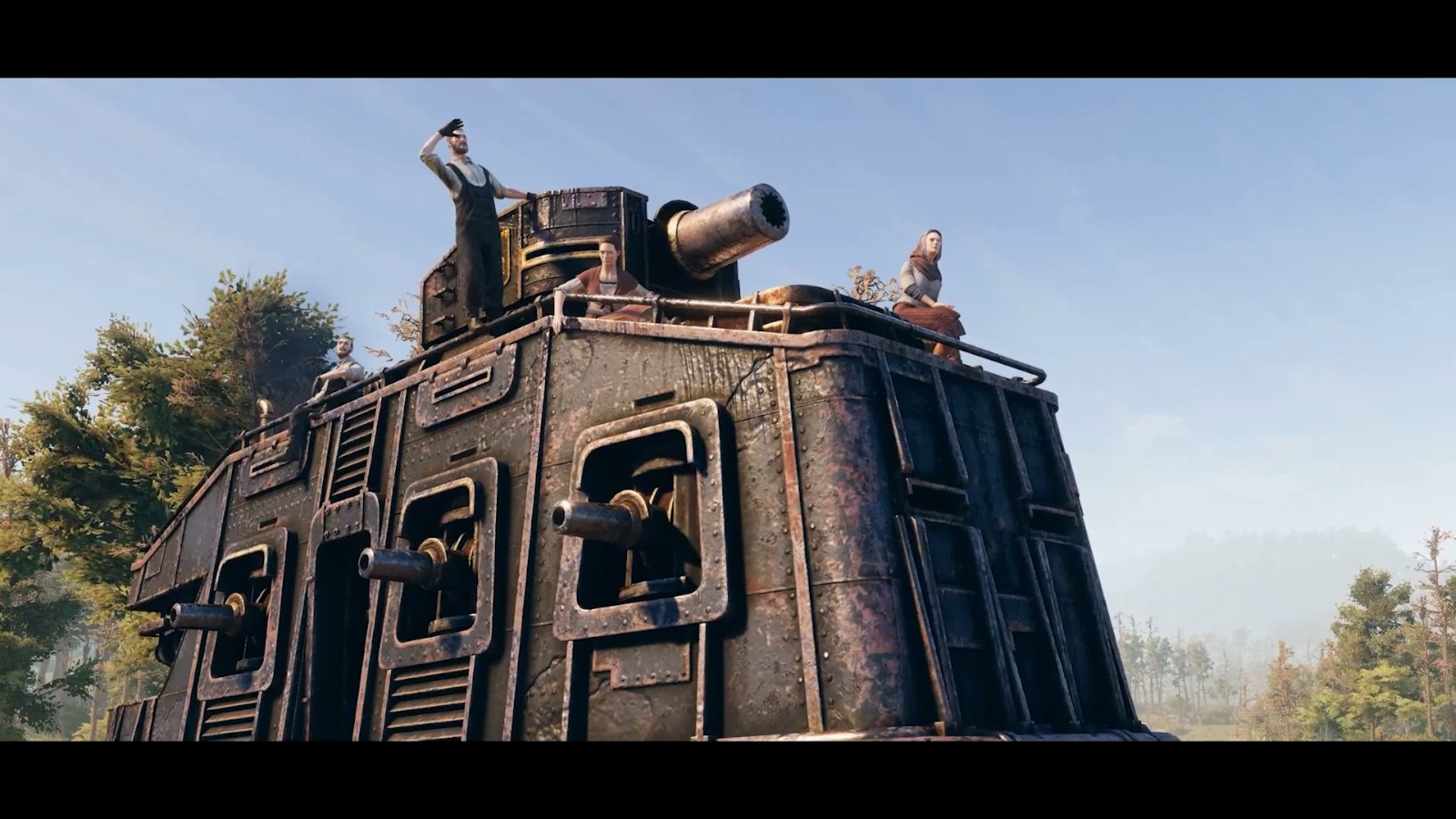 Meanwhile, there’s been a steady new trickle of new maps for skirmish and competitive play covering all match sizes: 1v1, 2v2, and 3v3. A new challenge map has also been added, in which players try to seize a Saxonian fortress with a Polanian army while losing as few troops as possible. There’s a never-ending supply of reinforcements, so it’s impossible to lose, but earning a decent score is brutally difficult. Be prepared to bring your A-game.

Aside from content updates, Iron Harvest has of course also seen a bevy of bug fixes, balance changes, quality of life updates, and other minor tweaks. These are too many to cover all of them in detail here, but there are a few things I think are interesting to highlight.

One is that Iron Harvest’s balance philosophy is to favor systemic changes over constant tuning of individual factions or units. Those smaller changes still happen, but less frequently than in other competitive games. Instead, the developers prefer to improve balance with more infrequent tweaks that target the game’s systems as a whole.

An example would be changes to the reserve system, including reducing the number of reserve slots and reserve coins, to attempt to make deploying a reserve not be the deciding factor in a match quite so often. Balancing a complex competitive game like this will never be a perfect science, but as a more casual player I appreciate the more methodical approach to the constant rollercoaster of buffs and nerfs you find in other titles.

One final thing I want to highlight is that Iron Harvest‘s cosmetic shop has received quite a lot of updates since launch, including new unit skins, faceplates, titles, and more. This might not seem worth mentioning in this day and age except for the fact that is still an entirely un-monetized system. 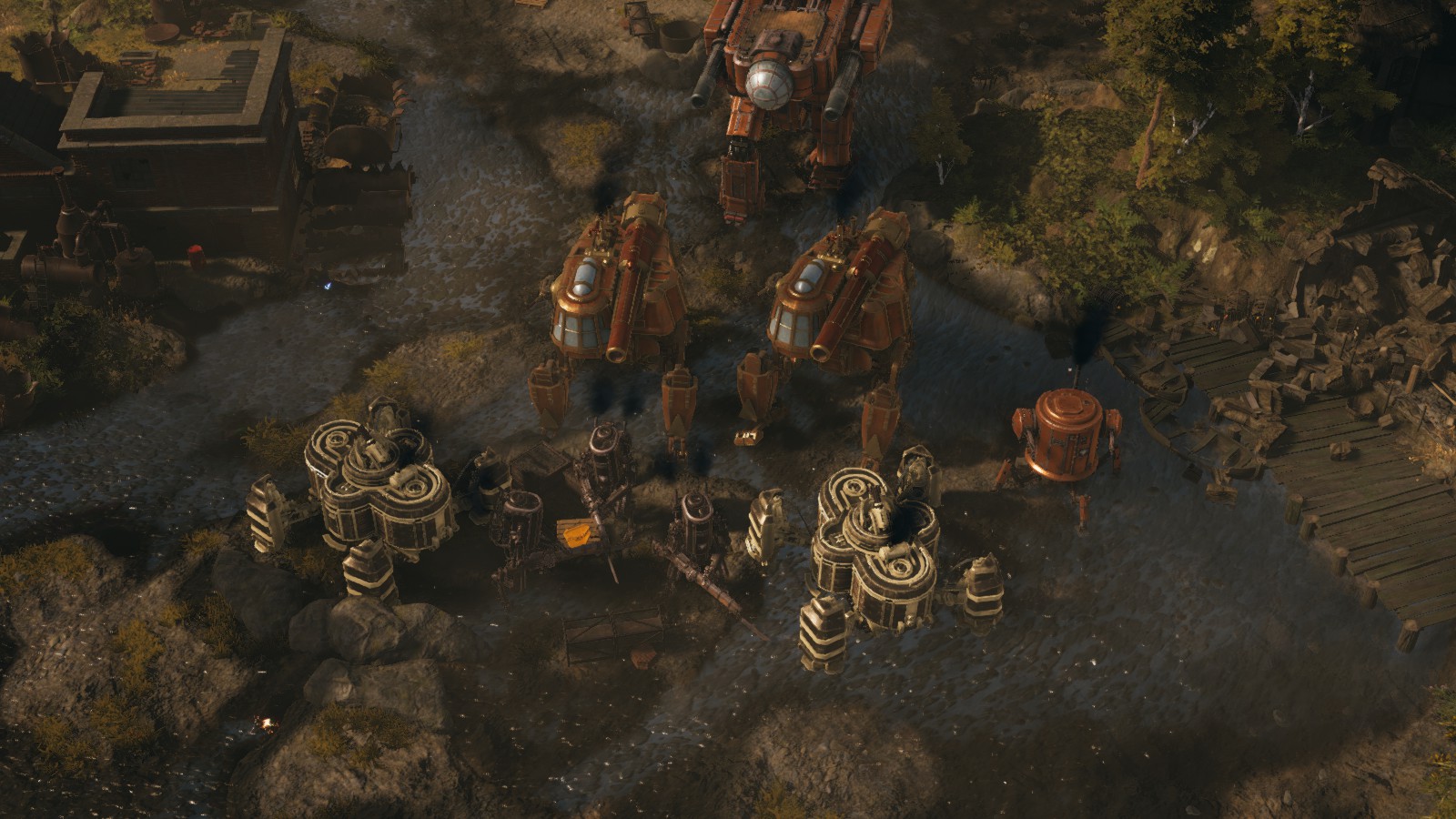 I fully expected that by now there would be an option to buy coins — the currency for the cosmetic shop — for real money, and maybe that will still come eventually, but right now achievements and season goals remain the only way to earn coins. Every cosmetic is something you earn in-game. That’s pretty rare these days.

Updates for Iron Harvest have now slowed, but that’s only because the developers are focusing their efforts on the next big projects: a console release, and the first major expansion.

While details are scarce at the moment, we do know that this expansion will be free to owners of the deluxe edition and include a new playable faction. One expects this also means a new campaign featuring said faction, but I don’t believe that’s been officially confirmed yet.

The board game Scythe, which shares a universe with Iron Harvest, has a plethora of factions that are not yet playable in Iron Harvest, though many have been mentioned. We can safely assume the new faction will be one of them.

More specifically, the smart money is on the Factory, a scientifically advanced city-state established by Nikola Tesla. The Factory already features in the existing story campaign, and a few of its units even appear as NPCs. With some of the work already done, it seems an obvious choice.

That said, I’m still holding out a little for something a bit farther afield. As someone with an interest in ancient Norse culture, I can’t help but be interested in the Nordic Kingdoms, a Scythe faction that appears to transplant the ancient pagan culture of the Norse into the 20th century. I’d also love to see some more exotic options like the Crimean Khanate or the Togawa Shogunate.

They’re not lacking for options, anyway.