Guild Wars 2 has a stellar track record when it comes to narrative and representation, so it only makes sense that to commemorate Pride month, ArenaNet has dropped a new dev blog all about the development of everyone’s favorite romantic adventurin’ couple: Kas and Jory.

Narrative Designer Matthew Medina reminds players that Marjory Delaqua and Kasmeer Meade crossed paths back in the first living world season, and the team has been weaving their relationship story in and out of the plot ever since, though it’s not always easy since Tyria is often in peril that trumps the NPCs’ tales. “In Guild Wars 2: Heart of Thorns, it didn’t naturally align with the rapid pacing of the main plot, and in Guild Wars 2: Path of Fire, development shifts in the story’s conclusion made it an inopportune time to introduce such a joyful moment into a tense cliffhanger in the epilogue with the return of Kralkatorrik,” Medina explains. “So, we put their engagement on hold. Again.”

The epilogue of End of Dragons, however, was the studio’s moment to finally make a marriage proposal a reality, hence the scene at the Dead End Bar, whose dialogue was crafted by former ArenaNet writer Morgan Lockhart. “As a queer woman, I couldn’t have been happier to be involved with picking this thread up and bringing it to its next big step,” Lockhart says.

“We worked hard to strike a balance between allowing them to develop as a couple and carrying their own story lines. We didn’t want to shackle them together unnecessarily, but we also didn’t want them to be a couple in name only. They both had important jobs to do in Cantha, which necessarily drove them apart for large chunks of the story, but we brought them back at key moments and tried to give you little insights into how they maintained their relationship even when they were apart. If you caught a certain scene in the chapter To Catch a Spider, you’ll know what I mean – but also, what were you doing eavesdropping, Commander? It was important to me to include that scene, because so often queer representation ends up stripped of any sensuality to make it more comfortable for the wider audience.”

Apparently, the hardest part was the kiss itself, as the game didn’t actually have a proper kissing animation. In the end, the team put together a whole storyboarded animation sequence worthy of the couple – and the rest, of course, is history. 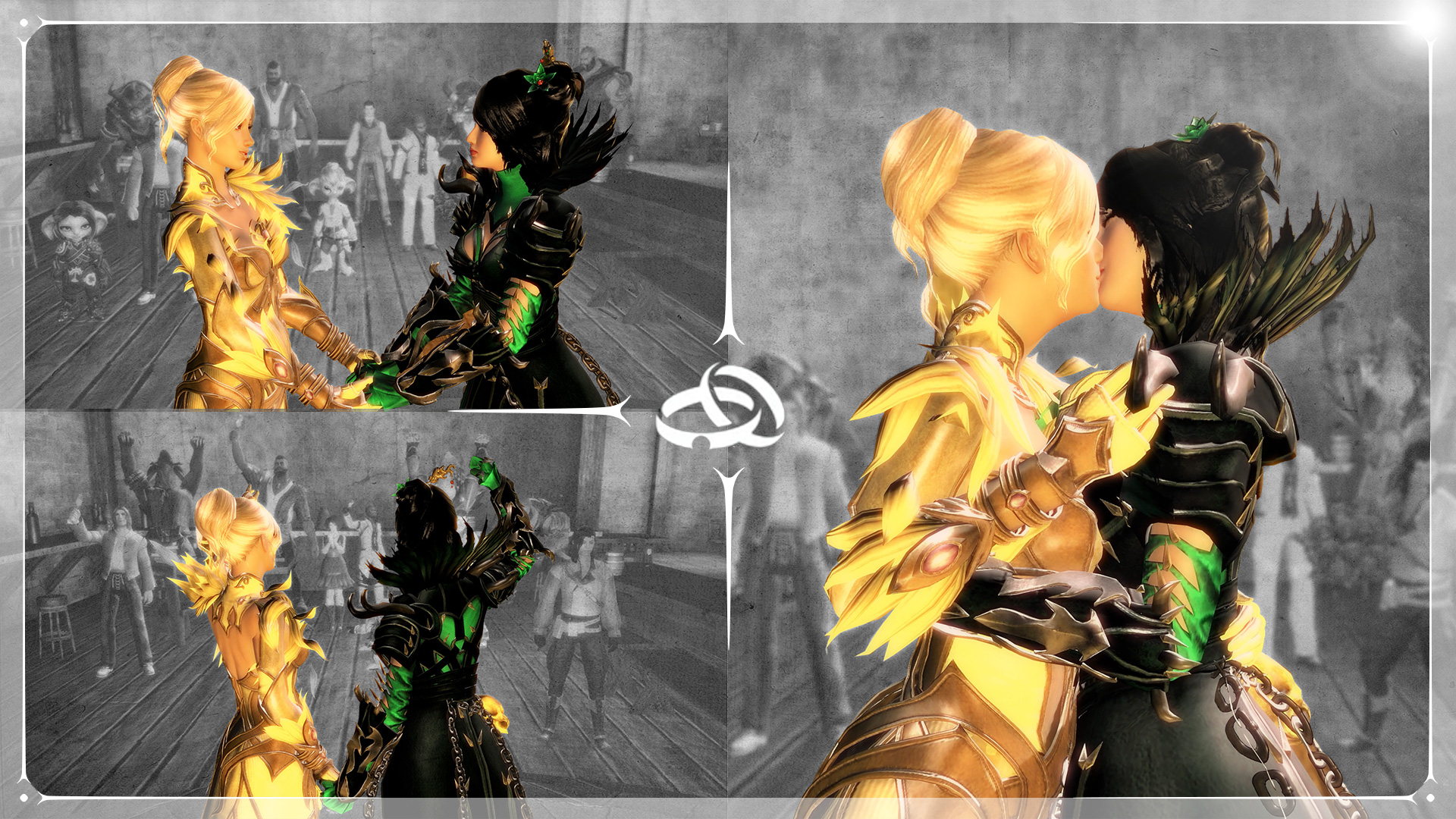