If you follow MOP, you already know that ArcheAge 2 has been in the works for quite a while; XLGAMES quietly confirmed it was in production back in 2020, with ArcheAge’s Jake Song at the helm, and then in 2021, Kakao’s quarterly financials suggested to investors that the game won’t be ready until at least 2024. So the fact that the game is in development alone isn’t new news.

But the formal announcement of the game for 2024, along with Kakao’s publishing deal and new assets, most definitely is.

“Kakao Games is excited to announce a publishing agreement with XLGAMES for the upcoming MMORPG ArcheAge 2, which is currently in development. ArcheAge 2 is expected to launch in 2024, and has gained immense interest since 2020 following the success and intrinsic gameplay of ArcheAge. XLGAMES’ CEO Jake Song will also be leading the development of the game, which is characterized by its vast, seamless open world and combat action. Over 100 developers are working to bring the game to fruition, and are aiming to deliver spectacular action, as well as AAA-standard storytelling.”

That’s twice as many people as were working on it two years ago, for the record.

Kakao Games CEO Kyehyun Cho says that “expectations for ArcheAge 2 are high, while XLGAMES CEO Jake Song “hope[s] to create a high quality game that remains faithful to the core elements that make MMORPGs fun — especially for all the ArcheAge players who have been waiting for a sequel” – all 20M of them racked up since 2013.

ArcheAge itself, of course, was once an enormously popular sandpark MMORPG here in the west, but over the years its publishing was kicked from Trion to Gamigo to Kakao, the last of which is currently still deep in the process of rescuing it from years of neglect, bugs, and scandals.

The press release promises “a more detailed service plan regarding ArcheAge 2” in the future; for now, there’s a new pic. 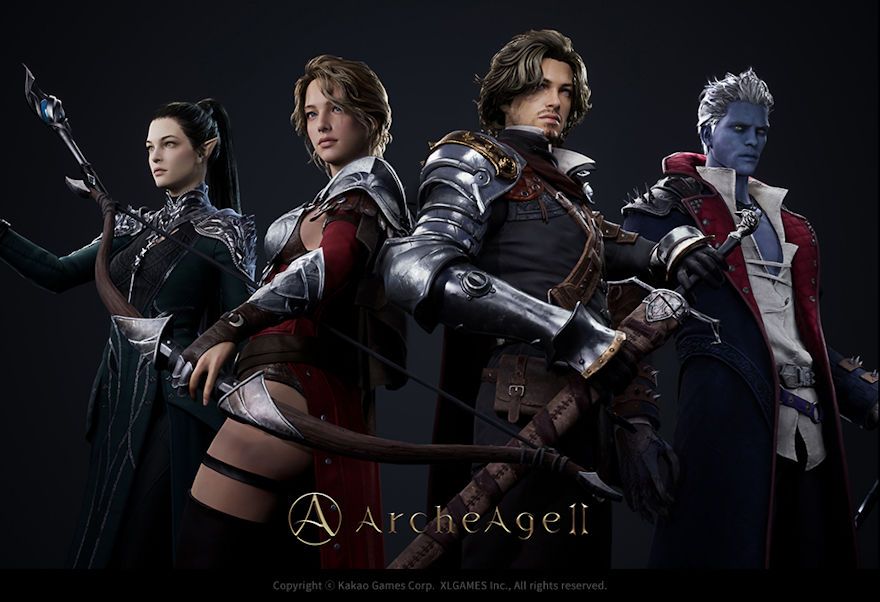 Star Wars: The Old Republic previews its 7.2 PvP changes with...