This month’s Choose My Adventure is like no Choose My Adventure that has come before. Instead of deep-diving one game for four weeks, we’re deep-diving a genre. OARPGs (online action role-playing games) are the topic for March, with Diablo III, Path of Exile, Marvel Heroes, and Torchlight II all receiving a few days of play and a reader vote. It’s going to be dark, dungeon-y, and… dark.

Our first poll sent us on the path of the Witch Doctor in Diablo III. It turned out to be not so pleasant a path. Unless you like spiders.

Diablo III’s Witch Doctor is a class built on the summoning of monsters and the use of dark magics. Core Witch Doctor abilities include raising a pack of zombie dogs to attack foes, summoning flaming bats to attack foes, and throwing jars of spiders (which attack foes). The early Witch Doctor levels seemed straightforward enough; drop a slowing spell on the ground and then throw spiders at people until they die. Honestly, it’s one of the funniest and most horrible ways I can imagine killing a video game bad guy.

Unfortunately, the mechanics of throwing spider jars don’t deliver on the promise of the idea. It’s hard to tell whether it’s the animation or the damage or the sound effects, but the other primary Witch Doctor attack (shooting poison darts) feels much more effective. And since the earliest levels of Diablo III don’t require much more thought than “point at that guy and click him,” poison darts quickly emerge as the better solution for charting a path from objective to objective. In our stream of Diablo III this week, Twitch viewers indicated that Witch Doctor gets to be much more fun later in the game once all her skills are available, so that’s worth noting. 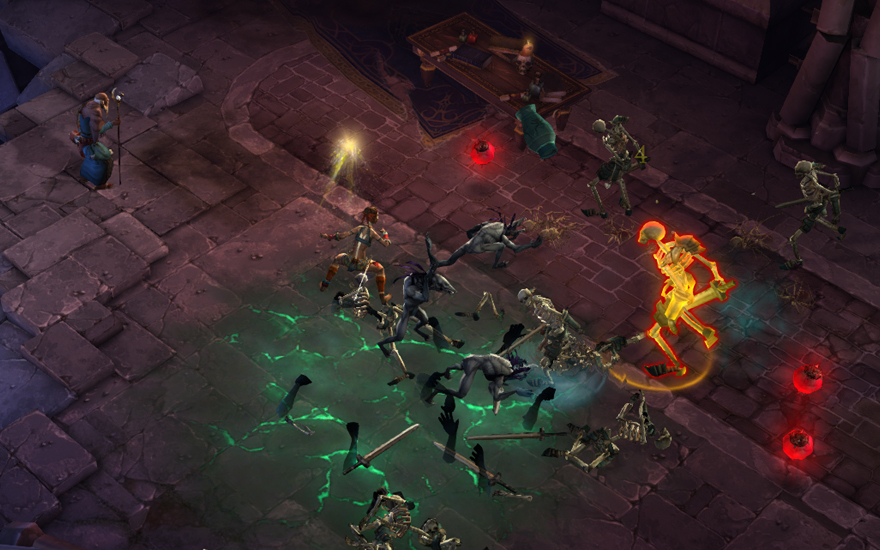 Diablo III’s Starter Edition turned out to be something of a letdown. While it’s nice that the game is available to try for free, the limitations placed on it don’t do much for selling the upgrade. Partying with friends, which many would argue is the best part of Diablo, isn’t an option. In fact, Starter Edition players can party only with other Starter Edition players, which seems like a missed opportunity. Wouldn’t you rather meet an experienced player the first time you check out a game? What if your friends finally talk you into trying it — why can’t you play with them? The Starter Edition is also extremely short, allowing you to play through to the Skeleton King boss and abruptly ending as soon as he’s killed. It’s about an hour or two of gameplay, for anyone keeping score, and that’s if you wander around and explore all of the available environments.

I’m not going to draw any big conclusions from a couple of hours of low-level dungeon crawling. I understand that skillsets are limited at low levels and that encounters won’t be extremely challenging. The only complaint I would make is that the dungeon environments we experienced seemed extremely repetitive, re-using the exact same assets with the exact same layouts over and over again. To be honest, I expected a lot more from Blizzard and from a game that has a reputation for being the best dungeon crawler around. 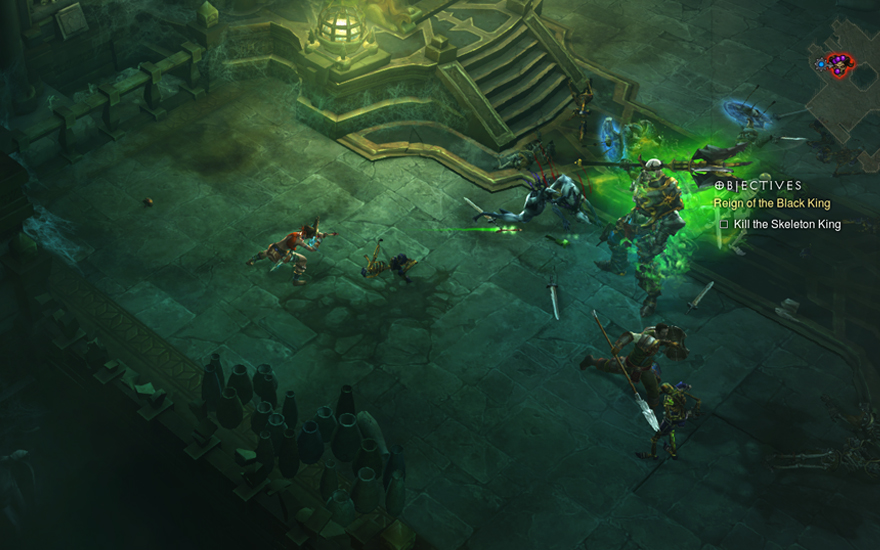 Still, loot is the core hook in Diablo III, and the Starter Edition provides it by the truckload. By the end of my brief playtime, I had already fully equipped my character in decent starting gear and even had a few nice pieces to hand off to my first follower. Even in this truncated trial, the cycle of kill, loot, repeat firmly establishes itself.

Would I return to Diablo III based on what I saw in the Starter Edition? Probably not. But that’s more a reflection of the trial than of the game itself. Blizzard would be smart to expand the trial’s scope to level 20 or even 25, which would give players a few more hours, a few more skills, and a few more environments to work with before they make a decision.

Still, though. Jars of spiders.

On to a new Path

Just like that, Diablo III is in our rearview and we’re off to the next destination. Grinding Gear Games’ Path of Exile, a game I’ve heard a lot about but have never actually played, is on deck. Some commenters swear Path of Exile is the best OARPG ever. Some disagree. This week we’ll get to find out for ourselves. 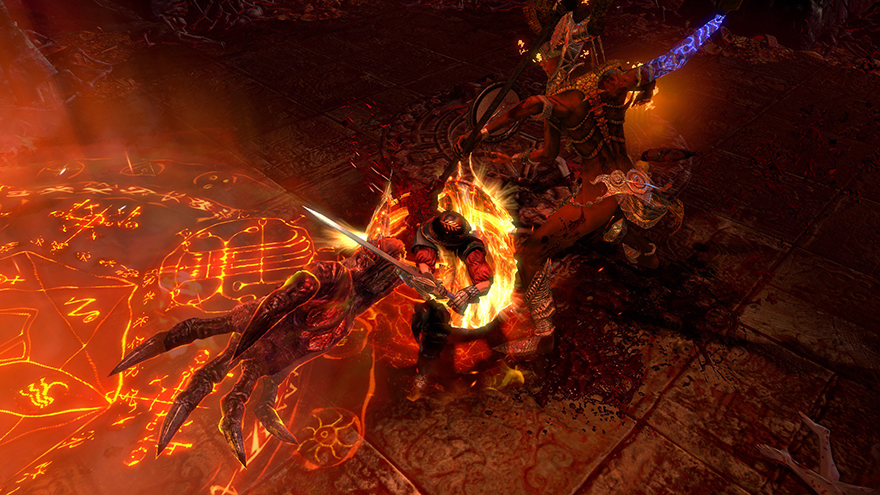 Like most OARPGs, Path of Exile puts an enormous focus on the class you choose. Classes are organized by three primary attributes: Strength, Dexterity, and Intelligence. There are seven classes total, with three being aligned to one specific attribute and the other four being hybrids of some sort:

Strangely, the official Path of Exile website doesn’t actually offer any explanation of the classes beyond their attribute alignment, which means we’re going into this vote totally blind!

Loading ...
And that’s…all there is to choose in Path of Exile. Get your votes in by Friday, March 13th, at 11:59 p.m. EDT and stay tuned to MassivelyOP for updates on when we’ll be streaming Path of Exile.

Catch you in Wraeclast!