The story of how virtual reality dogfighter EVE: Valkyrie was born is a great indicator of shifts within the games industry. While the big publishers continue to shove millions of dollars into blockbuster titles that are too big to fail (but often do anyway), Valkyrie arose from a side project by a few developers in their time off. There’s no such thing as a sure thing in the new VR frontier, so making small experiments and seeing what works turns out to be surprisingly effective.

Valkyrie has attracted a huge amount of interest in the growing VR gaming community and may have placed CCP Games at the head of the pack, so it’s no surprise that the company is trying to catch lightning in a bottle once again. At EVE Fanfest 2015, CCP announced the formation of a small internal division it’s calling VR Labs that aims to do just that. Composed of two small dev teams in Atlanta and Shanghai, the group has been given carte blanche to just play around with VR and see where it leads. The teams haven’t even been asked to specifically make games or products that could sell, and at this Fanfest they’ve revealed the fruits of their labours in the form of four weird and wonderful VR tech demos. 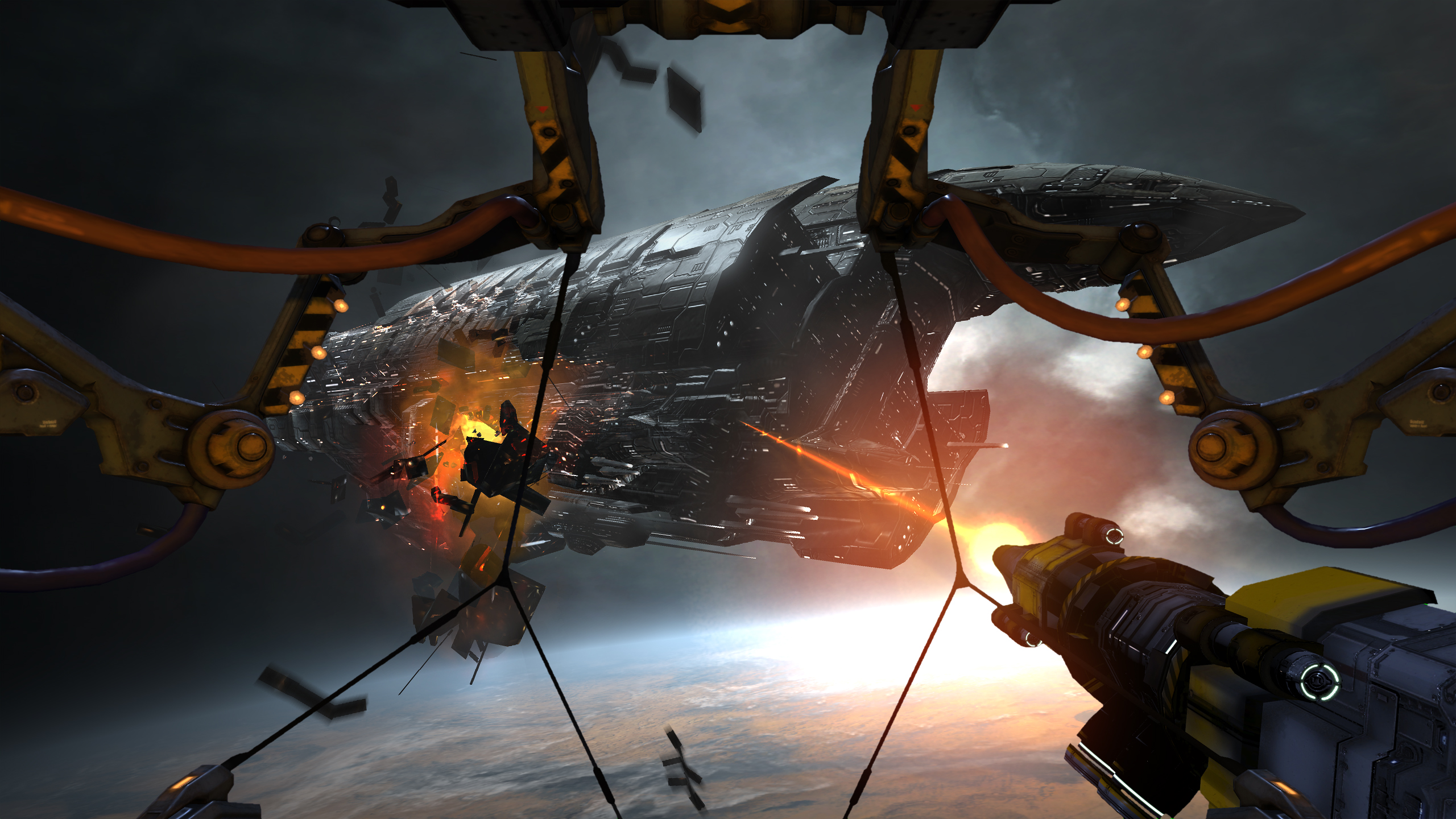 Project Nemesis: Based in a battle scene between ships in the EVE universe, Nemesis puts the player in control of a battleship’s turret. It’s a casual shoot-’em-up-style game using EVE assets and the new Samsung Gear VR, a headset that can turn a Galaxy Note 4 into an Oculus Rift-style device. 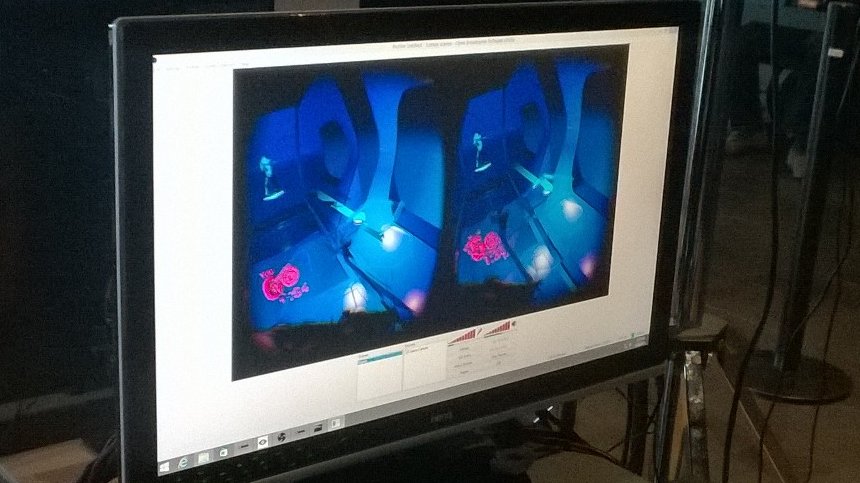 Disc Arena: One of two projects on show that aren’t based in the EVE universe, Disc Arena is a Tron-style competitive game in which two players throw discs at each other and either dodge opponents’ discs or deflect them with a moveable shield. The game uses an Oculus Rift paired with a kinect sensor to put the player actually in the game, so you can see how your opponent looks rather than an avatar. It’s kind of spooky to see your opponent represented in a virtual environment and see his actual movements rather than pre-programmed animations, but the game is completely immersive. If CCP could develop more minigames in the same style, it could legitimately become the Wii Sports of the Oculus Rift. 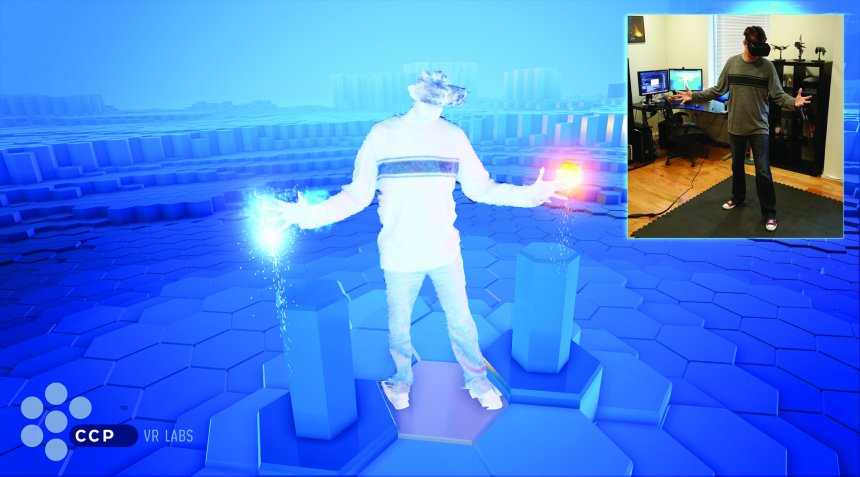 The Workshop: The second game not based in the EVE universe, The Workshop is a bizarre immersive physics sandbox that lets players fling fireballs at targets, splash digital water around, and generally terrorise a virtual landscape. It’s a pretty nifty immersive VR demo and a good indicator of what can be done with the current tech, but it’s pretty hard to see where this one will lead. 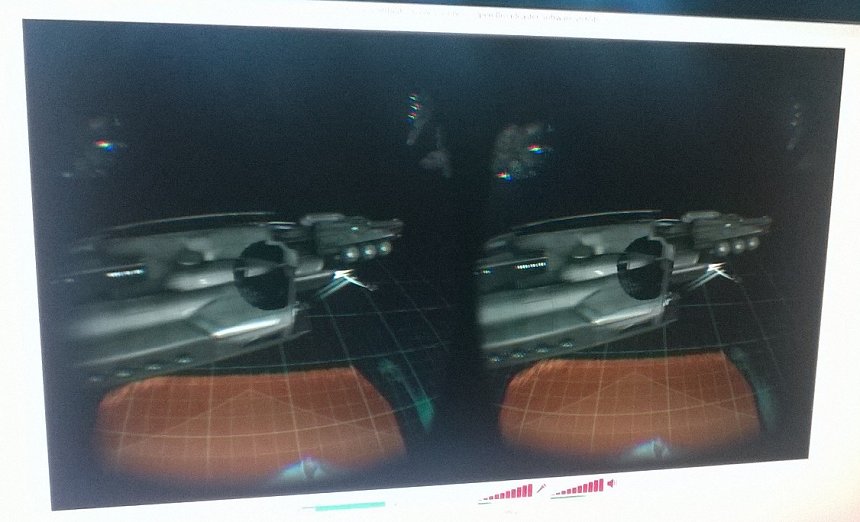 Ship Spinner: When I first heard about Ship Spinner, I was sold on the idea of a 3-D scene of the EVE Hangar that lets you view a ship in true immersive 3-D using the Oculus Rift and spin it around. This demo turned put to be much more, allowing players to lean forward and see the interior of a ship (the design of which has clearly been designed with Clear Skies in mind). You can also test things like activating ship shields and shooting asteroids, but the best part is launching drones. I’m sure I got a few funny looks as I laughed maniacally and swatted the drones out of the sky, blowing them up. I could see this being integrated into EVE as a virtual showroom for ships and skins, perhaps as a room in stations with optional VR, but it’s a pretty interesting demo as it is.

Massively Overpowered is on the ground in Reykjavik, Iceland, for EVE Fanfest 2015, bringing you expert coverage from EVE, Valkyrie, DUST, and everything else CCP has up its sleeve!
Disclosure: In accordance with Massively OP’s ethics policy, we must disclose that CCP paid for our writer’s travel and accommodation to this event and is providing the press with food and entertainment. CCP has neither requested nor been granted any control or influence over our coverage of the event. The sun was also blotted out briefly today, but I’m pretty sure CCP didn’t do that. At least not deliberately.
Advertisement

I wonder if they’ll figure out they can use everything they learned/demonstrated here for a “Bridge Simulator”-like game next year? Imagine an Oculus game where 5 or so people play different roles on the bridge. You get to use the hyper detailed interior spaces from the ship spinner demo, and then you can manipulate things and have your avatar shown off like in Disc Arena and the Workshop, and you can fire turrets from there like in Nemesis. Or raise shields. Or steer the ship, etc.

That would be amazing. Just like EVE Valkyrie. That’s the dogfighter; they need to do a Capitol Ship(?) take on VR now.

EO_Lonegun I think it could lead to something that will eventually change the landscape and how people view media but as it is now it will be something niche.

melissamcdon  Is that powered by the wearer’s humiliation?

EO_Lonegun It’s come a very long way from that my friend.  :)

Cujo H melissamcdon Gear VR available at best buy.
If you have a droid, gamble twenty bucks on a Cardboard visor,  i suggest this one:

melissamcdon  That is all pretty interesting to know.  I’d of course have to try it before I bought it, hopefully… that becomes a thing… like at, ugh, Best Buy.

melissamcdon I am just going to continue to use what already works.

Pandalulz melissamcdon Midgetsnowman EO_Lonegun True… cardboard is very inexpensive way to find out… and if you don’t like it, it’s almost certain to make a very cool gift for a friend, co-worker, or teen.   Win-win.