END_OF_DOCUMENT_TOKEN_TO_BE_REPLACED
I am a raider. I’m not one of those raiders who spends every waking moment learning how to optimize gear and spending four to six hours a day figuring out the best and latest strats, but I do spend a significant amount of my week reading about or participating in raids. If I were to give myself a label, I’d call myself a casual progression raider. I’m not looking to get a server first, but large group content is an important reason for me to play an MMORPG.

This past week, Star Wars: The Old Republic announced its plans for raiding when the next expansion Knights of the Fallen Empire releases this October. Matching my personal sentiment on the subject, it received mixed reviews from SWTOR players. The developers answered some questions at San Diego Comic-Con this weekend as well. Although the questions and answers were strangely on point, they also received mixed reviews from the fanbase.

So in today’s Hyperspace Beacon, that’s what we’re talking about. We’ll focus on the group PvE side of the game, but BioWare also took a bit of time to outline its plans for PvP, too, so expect a bit of that as well.

Small group content will actually score the biggest boost in KOTFE because it’s actually expanding. BioWare didn’t talk about any new flashpoints for the expansion, but it did say that all the old flashpoints will become more accessible by more players, and unlike some of the other plans that BioWare has had in the past, this one might actually work.

First and foremost, some flashpoints will gain a solo mode. You know all of that group content you wanted to play but couldn’t because there just weren’t enough people willing to queue up for it? Well, now you can do it solo. And to top it off, BioWare is adding a level-reduction system for the content so that players can experience the content at the difficulty originally intended and acquire appropriate rewards. The idea is that there will always be a compelling reason to run flashpoints. That said, you should bear in mind that the solo flashpoints will likely not drop purples, and if they do, then it will be low-end purple gear that will only start you on your path to doing group content. That said, the level reduction your character will undergo to fit the flashpoint will hopefully make the instance challenging and interesting.

BioWare has also created a tactical version of every flashpoint. Tactical flashpoints are max-level flashpoints that do not require a specific group makeup to complete. You don’t need a tank, healer, and two DPS as you used to. In addition, tactical flashpoints will boost player level so that everyone from the lowest-level player to the highest-level can play together without concern about one carrying the other. This will also introduce for the first time the Red Reaper flashpoint to max-level characters. 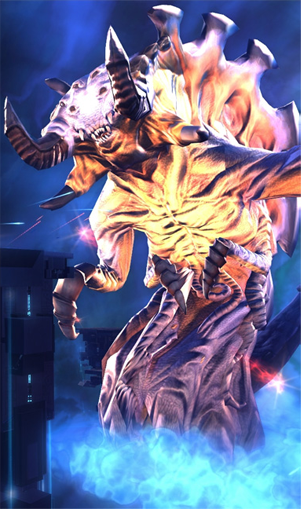 As we know, there have been 10 operations created since the beginning of the game. They were all implemented at whatever the max level was at the time. When Knights of the Fallen Empire releases, the level cap for all the operations will be 65. On top of that, players who are level 50 or higher will be bolstered up to max level for story mode operations. Additionally, the operations will drop new vanity items as well, from mounts to stronghold decorations.

Some players, including me, are concerned about this bolstering system. It’s not that I don’t want to play with lower-leveled characters, but SWTOR players have already seen how well the bolster system worked for PvP: It didn’t. There always appears to be some weird spot in the middle as you’re gearing up when you some very good gear and still perform worse than if you had all bad gear.

Hardmode and nightmare mode operations appear to be meant just for max-level characters. Not every operation will have a nightmare mode, but it’s guaranteed that those ops that had it previously will have it again.

In addition, one hardmode operation per week will be featured and confer greater rewards. I’m assuming, as are many in the community, that this means that one hardmode operation will give nightmare-level rewards. The intention is to entice players to do a different kind of raid every week. That appears to be exactly what my own raid group will be doing. Whichever hardmode operation is available and giving the best rewards, that is the one we will attempt to conquer.

Unfortunately, all of these changes to operations mean that BioWare has had to step back on its promise to release operations at a faster cadence. At this pace, it will be at least a year after the release of the last operation before we will see a new one. Some people have interpreted what was said at SDCC to mean that BioWare will not begin working on a new op until this new system is released. The paraphrase on Dulfy says, “[The] operation cadence is very important, and once Fallen Empire drops, they will start working on new ops.” I find it a bit foolish to believe that the devs aren’t at all working on a new op until the expansion releases, but it certainly would be the first time the fool was right about BioWare’s intentions.

PvP and everything else

Lastly, a word about PvP: That word is “forgetaboutit.” The only thing that BioWare can tell us about PvP is to look forward to changes in the meta when the expansion launches.

I liked the PvP I experienced when the game launched. To be fair, I stayed away from the Ilum stuff that was happening early on, but the instanced warzones were great. And to a point, they still are. However, I have a hard time believing that just changing the meta for the classes is enough to keep stringing PvPers along. I really hope BioWare steps up its game regarding PvP or that it has some secret hidden up its sleeve. But I highly doubt that.

I do have some good news to end on, however. I have a code from SDCC that will give you the Cantina Tour exclusive mount, along with a random extra item, which will most likely be a very ugly dye, but it could be an XP Boost, SP-RO Power Droid, a carbonite chamber regen item, or the First Grand Statue of Mandalore. My code can be used only  50 (Musco announced yesterday that this was changed, after I had already written this article.) times, but the cool thing about this is that if you use my code, you get a code yourself under the “Community Event” section in your SWTOR account screen on the website. And that code can also be used five times. Codeception! So the only requirement for using my code is that you post your codes in the comments below so that someone else can use them too. Keep the codes coming! Good luck, and may the Force be with you.

Hey man tell Eric mud I that I live in central Texas and the one time the cantina tour ever came to this state I was in Denver all because Swtor absolutely refuses to post the cantina tour dates in advance. I’ve lived in several countries and several states. It is next to impossible for me to make one of these damn events

Apparently not one of these codes are valid

Thanks for the code!
http://www.swtor.com/user/ce/js456

Thanks for the code
http://www.swtor.com/user/ce/h0rbw