For some of us, having the best gear — stat-wise — isn’t a driving force for playing MMOs. Now, the best-looking gear? That’s a whole different story.

It’s incredibly rare these days for an MMO not to offer players the option to create a cosmetic outfit from their favorite virtual articles of clothing. Ever since games started to do this, there’s been a community devoted to looking absolutely fabulous. For players in that community, finding gear that has a unique or complementary look is the real name of the game.

Today we’re going to look at 10 fan projects to celebrate and show off MMO fashion across the realm. Know a site or blog that isn’t on this list but should be? Give it a link salute in the comments!

RIFT’s ever-expanding wardrobe system deserves a spotlight, and the ladies at Rift-Wardrobe have stepped up to do just that. This relatively new fan site is asking for cosmetic outfit submissions to win weekly and monthly prizes. There’s even a show on Twitch every Wednesday to show off the best fashion and have them judged by the panel.

Instead of focusing on one game, this site seeks to provide a comprehensive database of several MMOs. Players are encouraged to submit their own creations to expand the site’s offerings.

In fact, MMO Fashion is made up of six sub-sites: ArcheAge Fashion, ESO Fashion, GW2 Fashion, TOR Fashion, TOR Decorating, and WildStar Fashion. Be careful; you could get lost in all of that!

This is a subreddit rather than a fan site, but don’t let that scare you away! Fans of good-looking Tyrians show up every day to post their Guild Wars 2 creations and see what fellow players think. It’s an Imgur paradise, really. 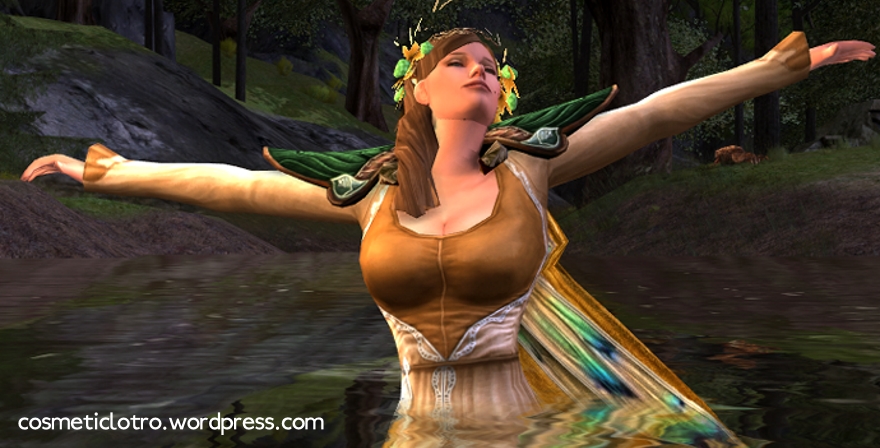 Lord of the Rings Online had a lot of outfit blogs in its heyday, but none got at much attention and (deserved) acclaim as Cosmetic Lotro. It’s a beautifully laid out site with large pictures, detailed descriptions, and lists of each of the pieces that make the set possible. I was always in awe that she continually came up with new outfits after so long, and while updates have ceased, the site is still quite relevant to the game’s fashion scene.

5. Hawtpants of the Old Republic

While most fashion blogs look to showcase stunning ensembles, Hawtpants decided to go the opposite route. Most of her blog calls out and shames horrible get-ups, including the titular leggings. It’s absolutely hilarious to go back through the archives and see where SWTOR stumbles in fashion.

Sephora used to do a blog dedicated to (I kid you not) Anarchy Online fashion, but she’s since jumped the Funcom ship to The Secret World. Probably a good move, considering the times. Both of her blogs are great to peruse for fashion inspiration. I know I’m always looking for new ways to assemble my outfits in TSW!

“Because if you’re going to haul yourself across Azeroth collecting infested bear intestines, you might as well look fabulous while doing it.”

OK, this blog gets huge points for the name and description alone. But it’s also terrific for navigating World of Warcraft’s outfitting system to find pieces worthy of a king or queen.

This might not be the flashiest fashion site you’ll ever see (and in truth it’s only part of a site), but it’s still a helpful resource to EverQuest II players hoping to look their best in-game. Different pieces and outfits can be pulled up to compare against what else is out there.

Another terrific LOTRO cosmetic blog, The Starry Mantle regularly posts updates with interesting outfits that often jar me out of my normal routine of dress-up. I really appreciated Starry’s tips section where she puts a lot of serious thought into what makes a look great.